this interior renovation in bangkok saw a previous tractor warehouse converted into the ‘vivarium restaurant’ in bangkok. designed by thai multidisciplinary design agency- hypothesis, the strategy they adopted led to the creation of a meaningful dialogue between the old and new elements within the warehouse setting. the character of the building has been kept intact, with majority of the interior left unchanged. using color, the old parts of the scheme were kept in their original white finish, while the new additions were painted with a rust red tone. 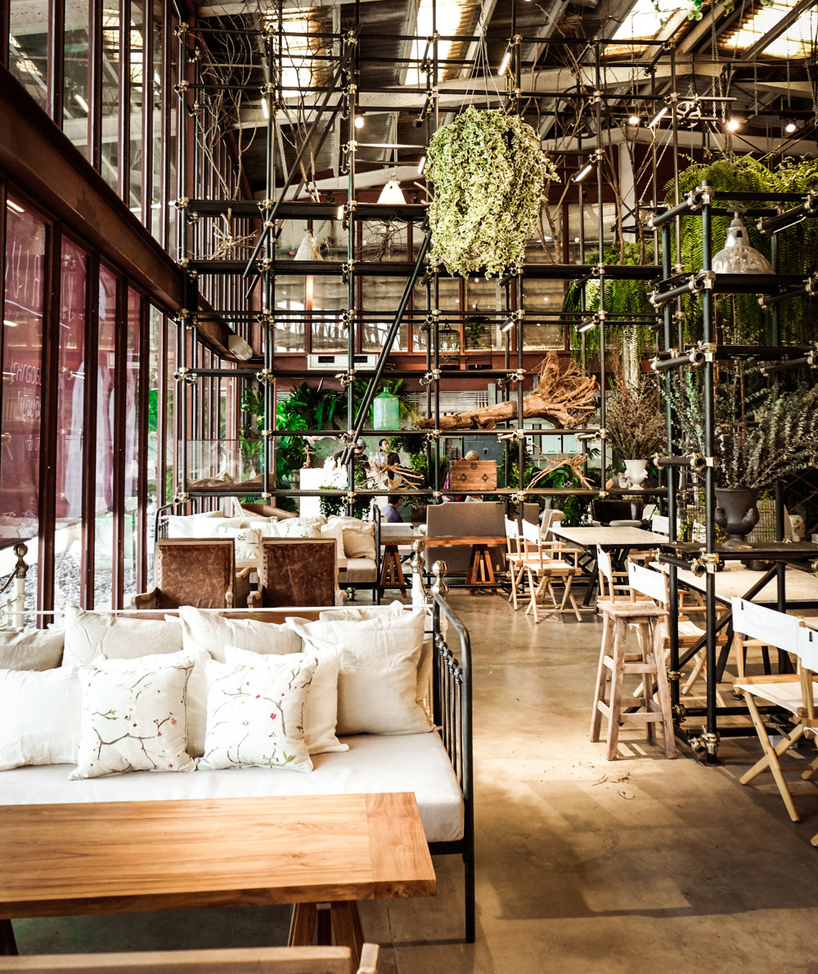 a scaffolding system occupies the interior, forming shelving for the decoration

an industrial essence has been accentuated by the use of scaffolding structures which form the shelving for the plants used to cultivate the lush green setting. simultaneously the floor-to-ceiling shelf system acts as partitioning; the tables and seating have been arranged beneath the floating plants. conceived with a small budget, the interior space has been transformed into a spacious and inviting setting which demonstrates the technique of adaptive reuse as a strategy to preserve the project’s contextual history. 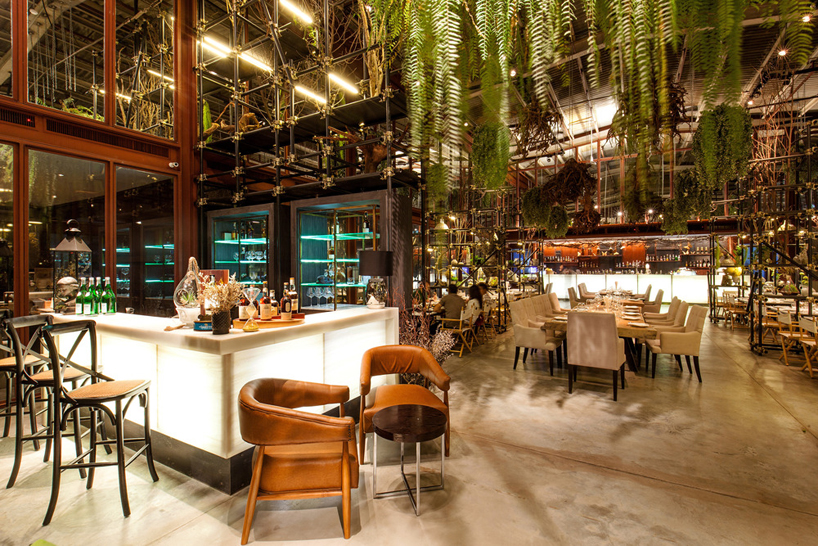 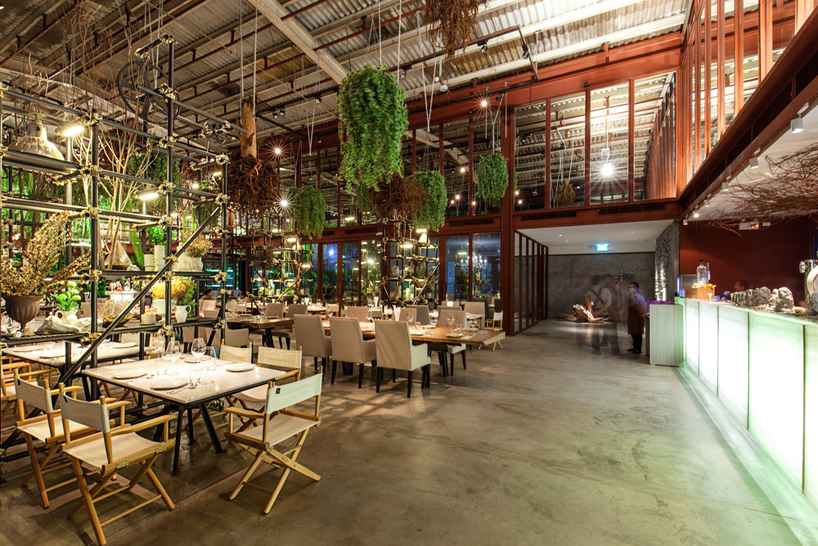 the designers have created a warm and inviting dining space 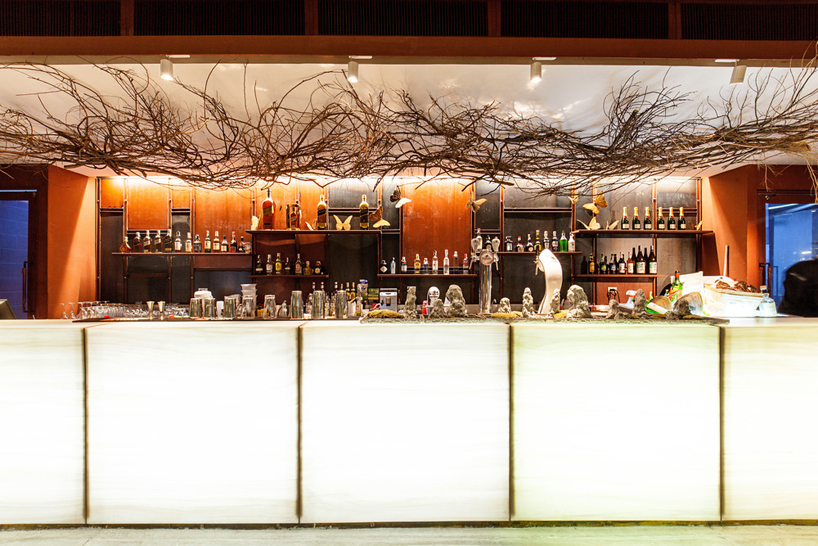 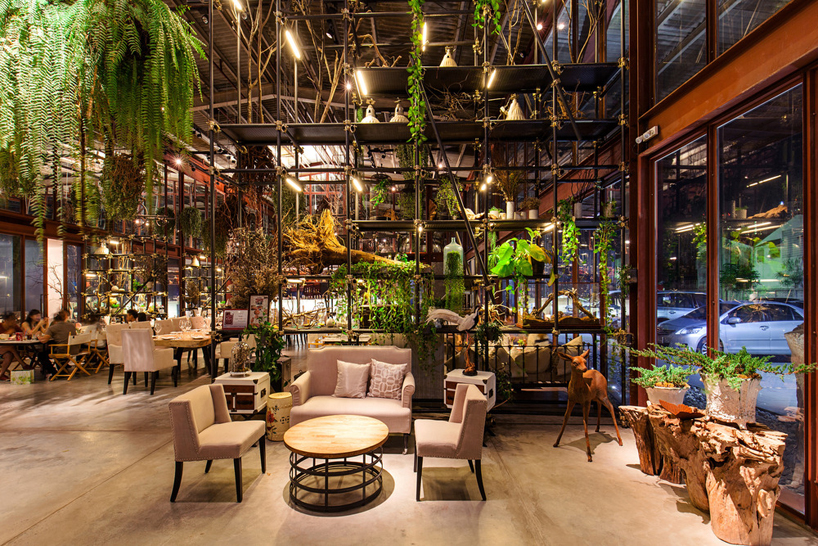 majority of the existing structure was kept unchanged 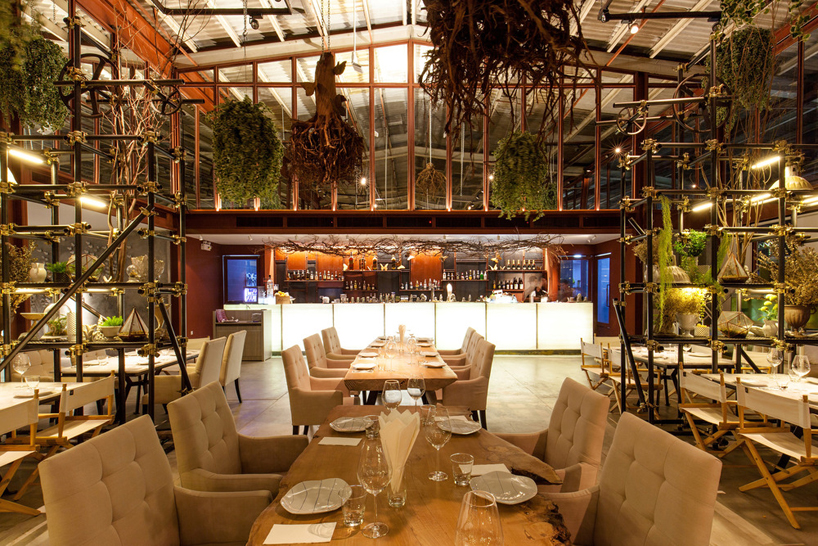 to minimize the renovation budget, hypothesis employed found objects from around the site 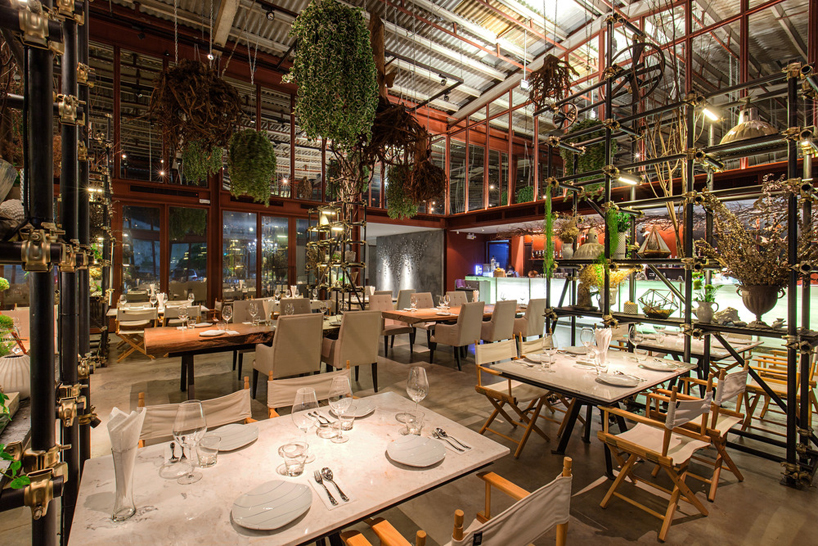 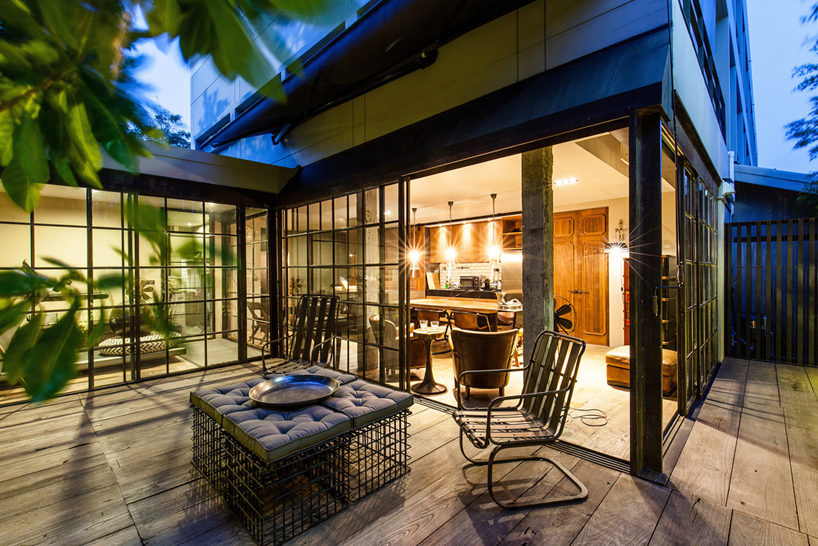 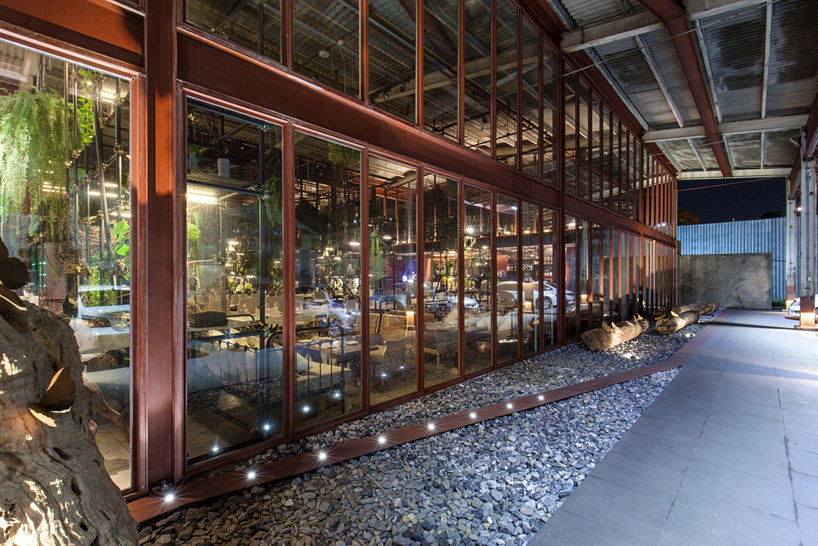 the external façade of the restaurant in bangkok 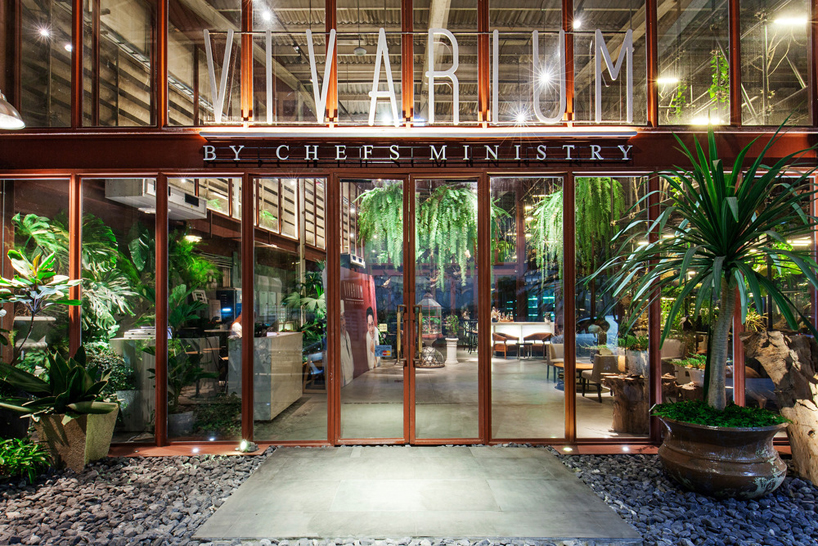