argentinan practice I+GC arquitectura have designed the ‘V house’ in funes argentina, molded and formed from the various contextual and programmatic parameters of the site and project. beginning as a simple mass, the shape evolved to the separate the private functions from the public areas, that eventually split the dwelling into two fluid branches creating a glass ‘V’ that cuts into the middle of the space, essentially serving as the basis for the entire project. it is in this moment of the house that one enters the residence, where service meets leisure, and a staircase leads to the upper tier.

the interior is integrated into the landscape of the exterior, with a tile walkway and patio that wrap a swimming pool extending the livable space. clerestories collect some of the southern light in the bedrooms on the second floor. the angular bending nature and lustrous reflectivity of the various surfaces reflects plenty of light and is contrasted with the matte texture of natural wooden elements. 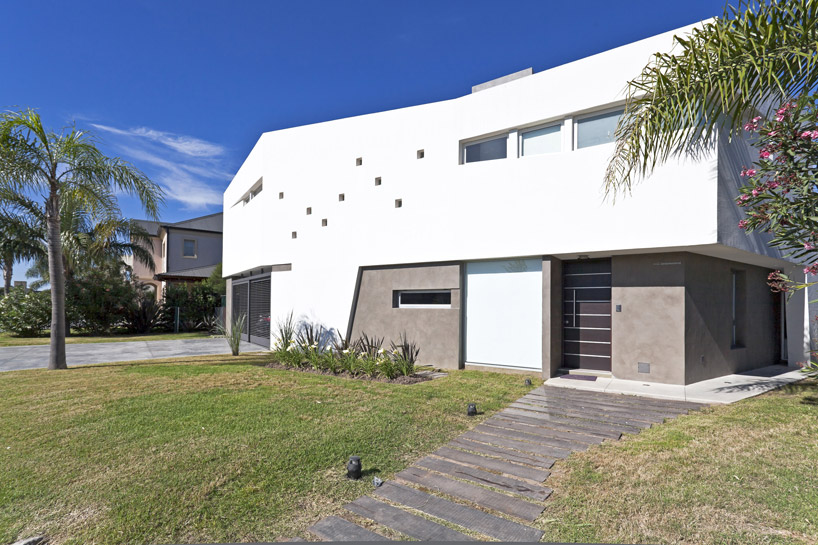 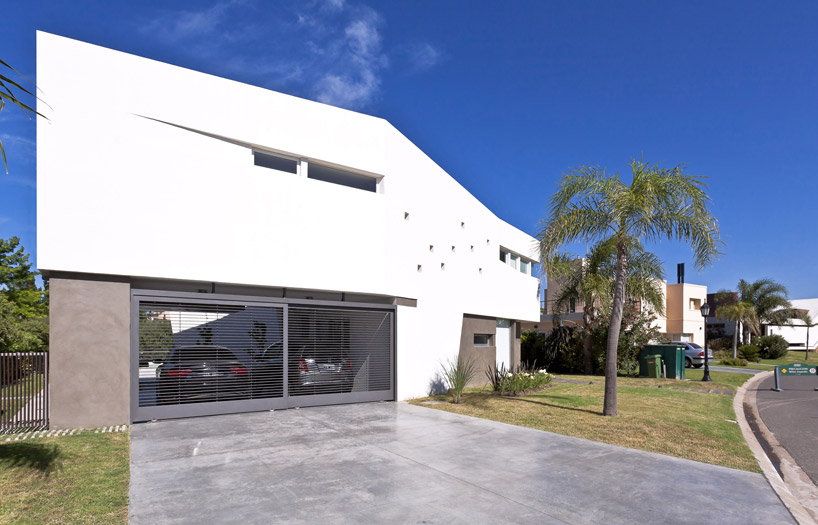 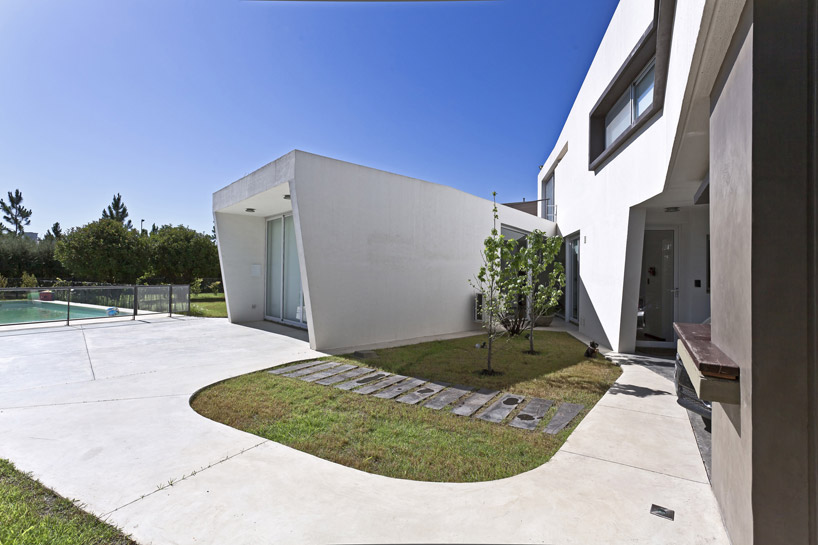 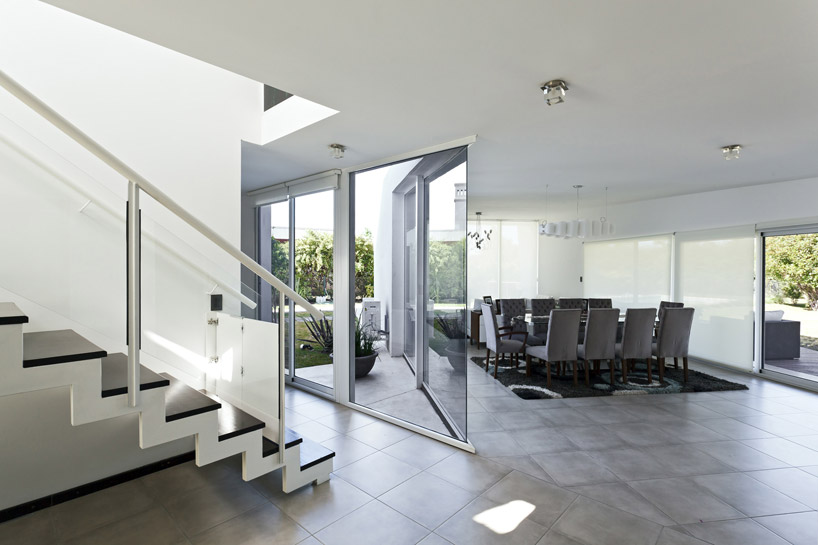 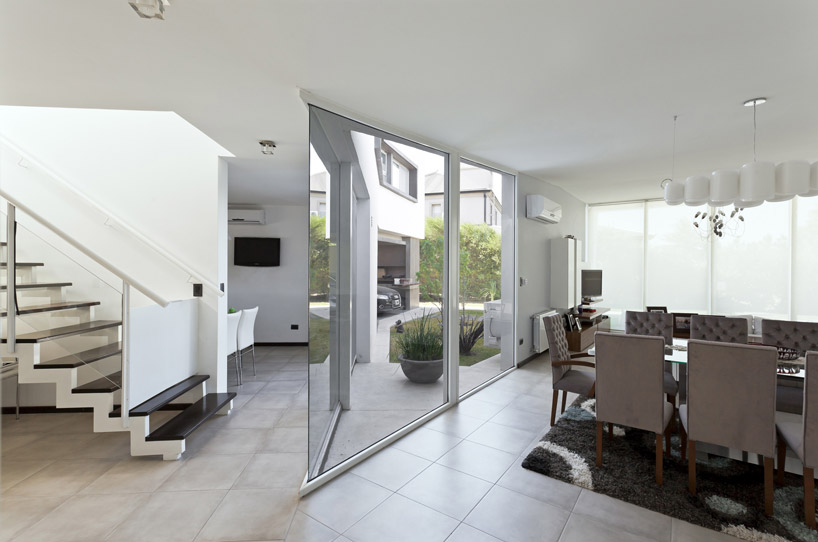 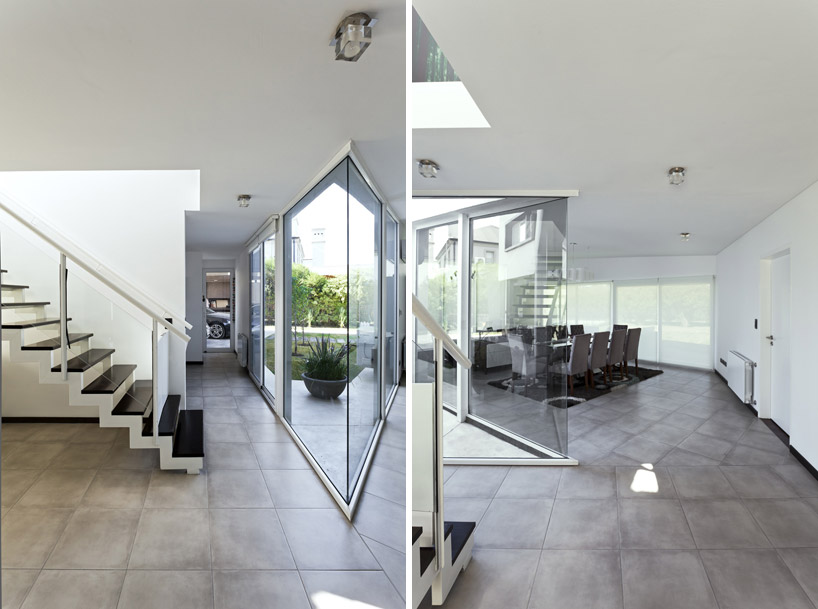 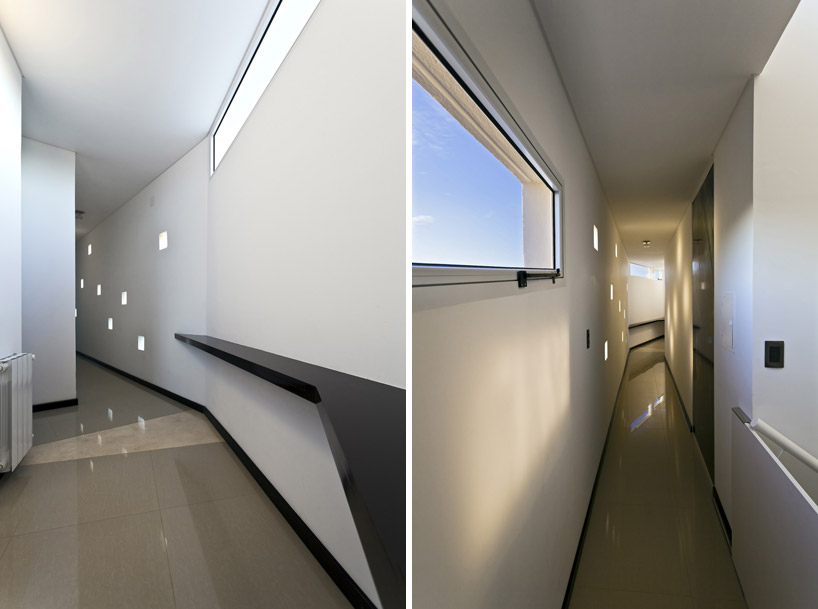 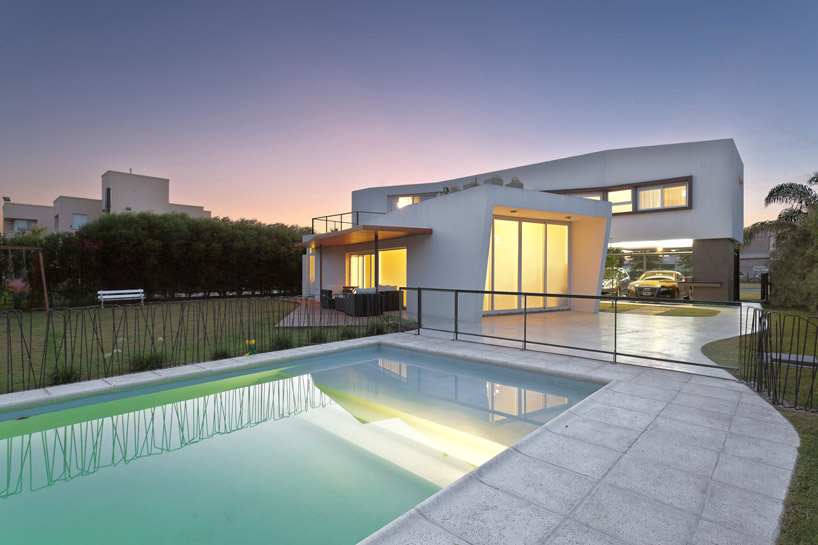 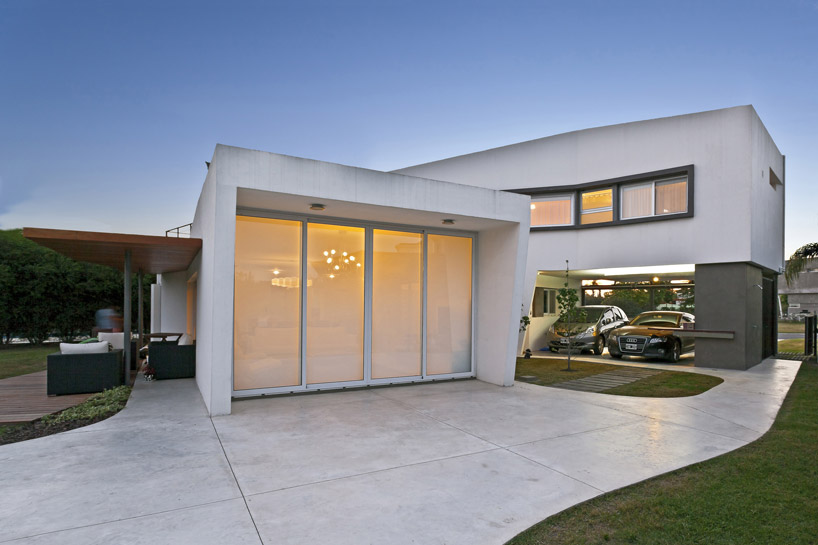 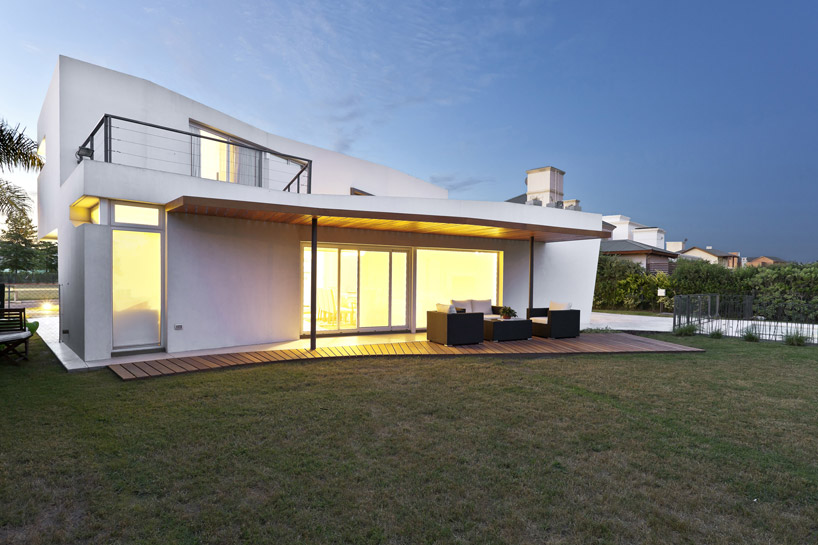 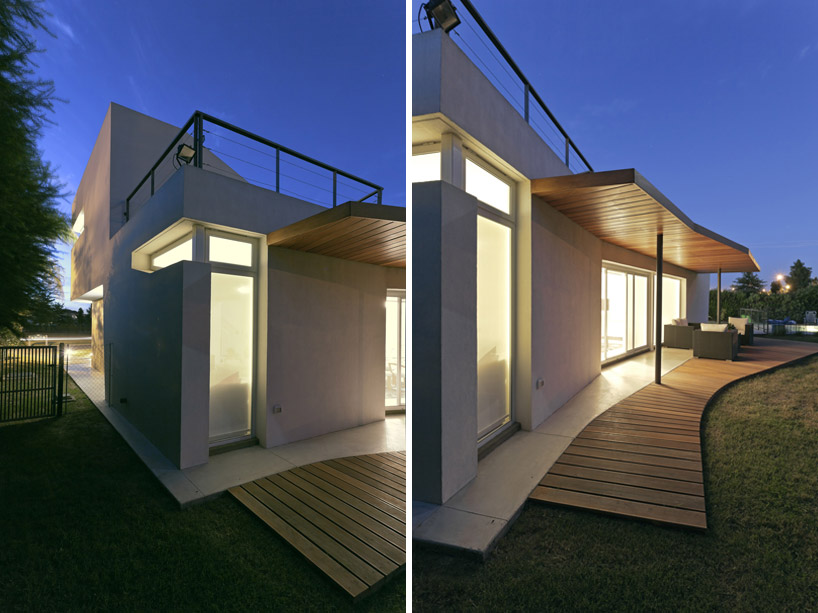 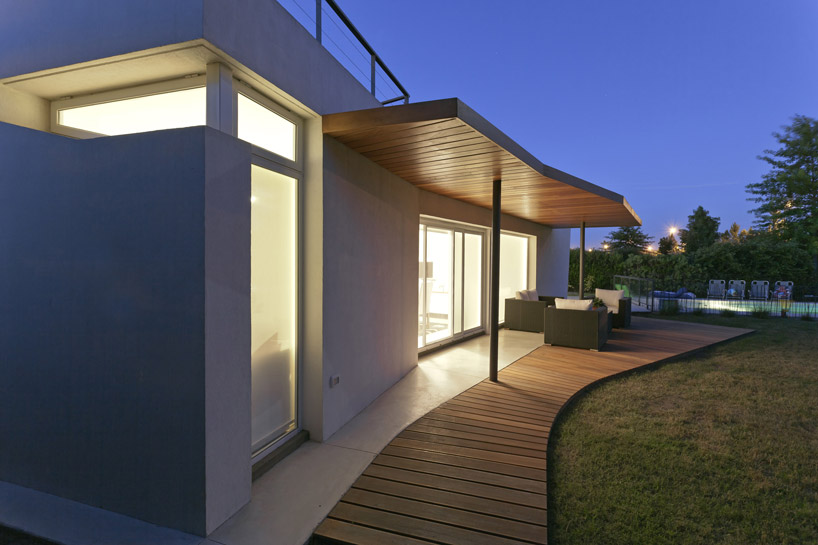 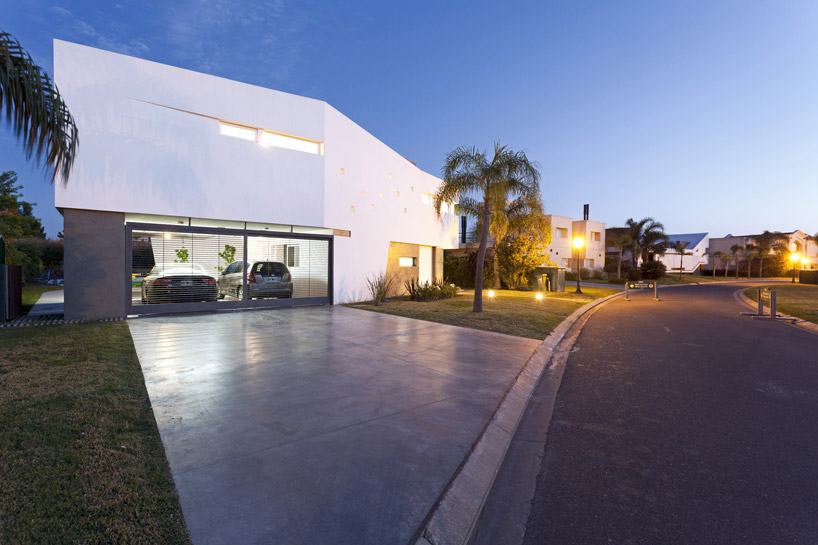 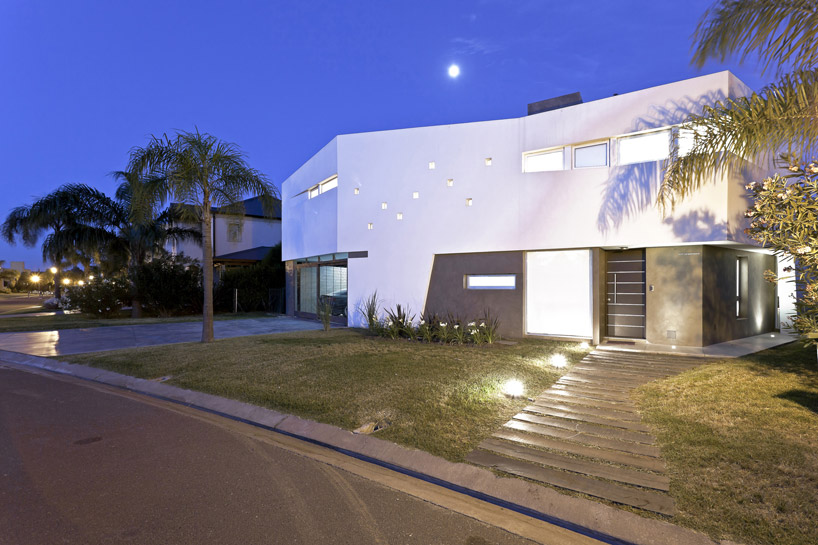 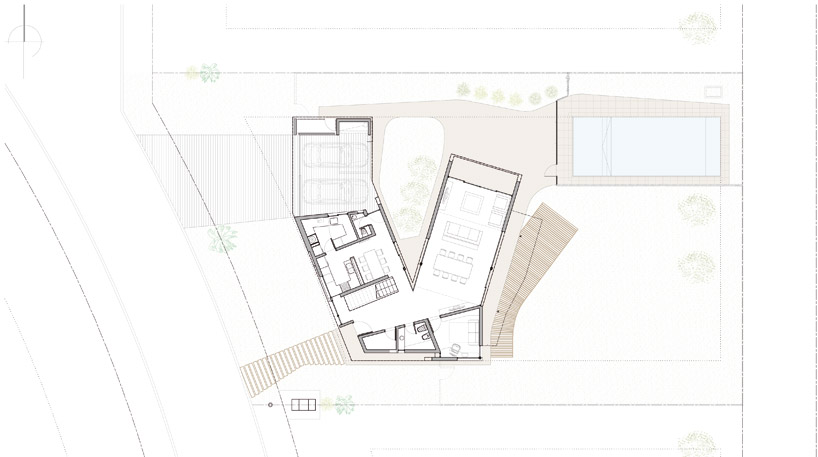 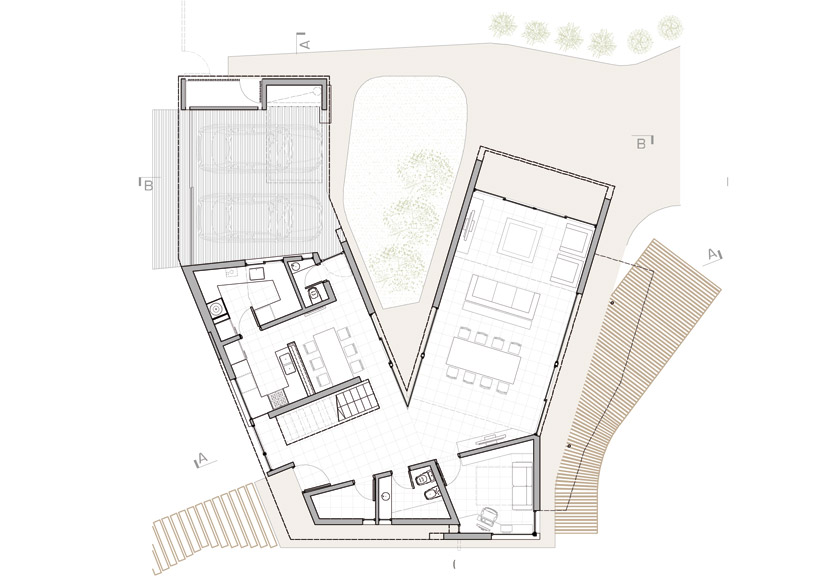 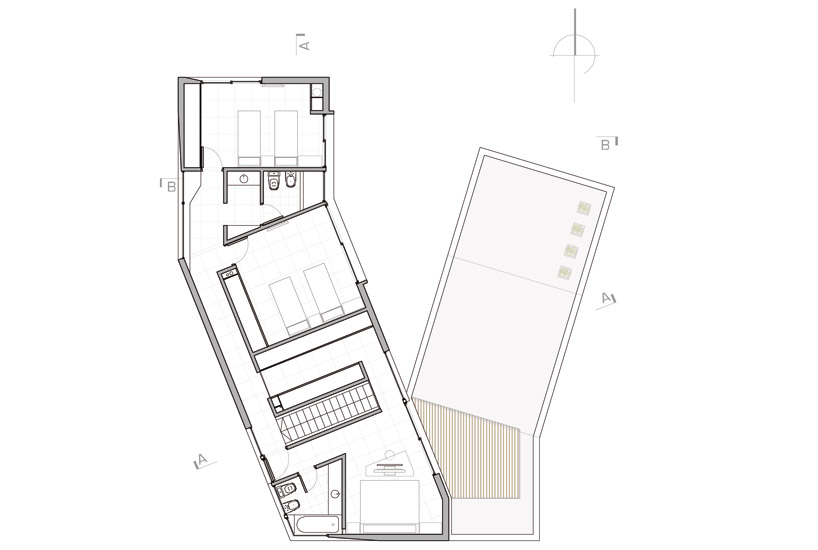 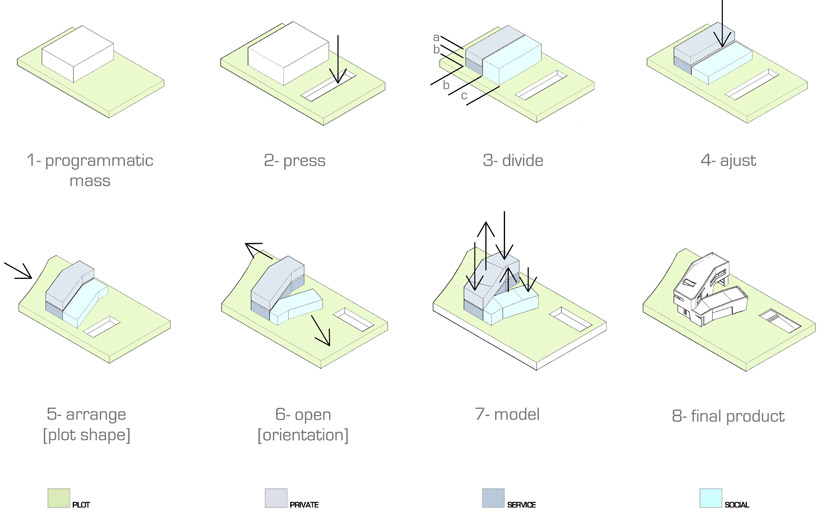