as part of the 2020 oakes creek residency, i/thee and roundhouse platform have teamed up to build an eco-dwelling prototype in texas. formed by casting papier-mâché strips into sculpted holes in the ground, the agg hab – or aggregate habitat – measures over twenty feet long, eight feet wide, and four-and-a-half feet tall. constructed using nearly 200 liters of glue and 270 pounds of paper, the house stands unofficially as one the world’s largest, self-supporting, papier-mâché structures. 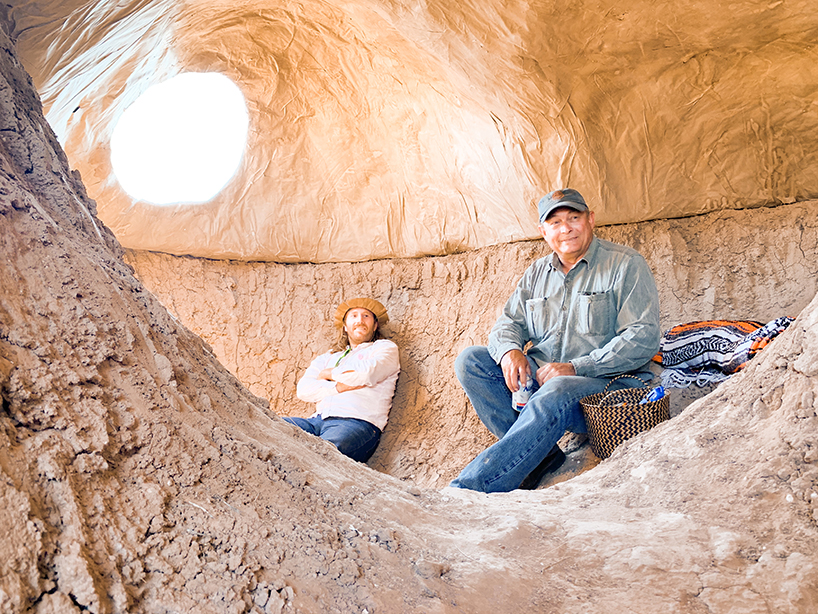 the construction process began by digging two mirrored, concave holes, each four-and-a-half feet deep. these holes were then cast with multiple layers of an organic, papier-mâché mixture consisting of various recycled papers and non-toxic glues. next, the casts were removed from their respective holes and flipped over to form duplicate, bulbous, paper shells, measuring four millimeters thick and spanning over twenty feet. finally, the shells were each moved on top of the adjacent formwork, letting the inverted form of one hole become a paraboloid cap to the other that encloses the structure. thus, a four-and-a-half-foot hole becomes a nine-foot interior space. 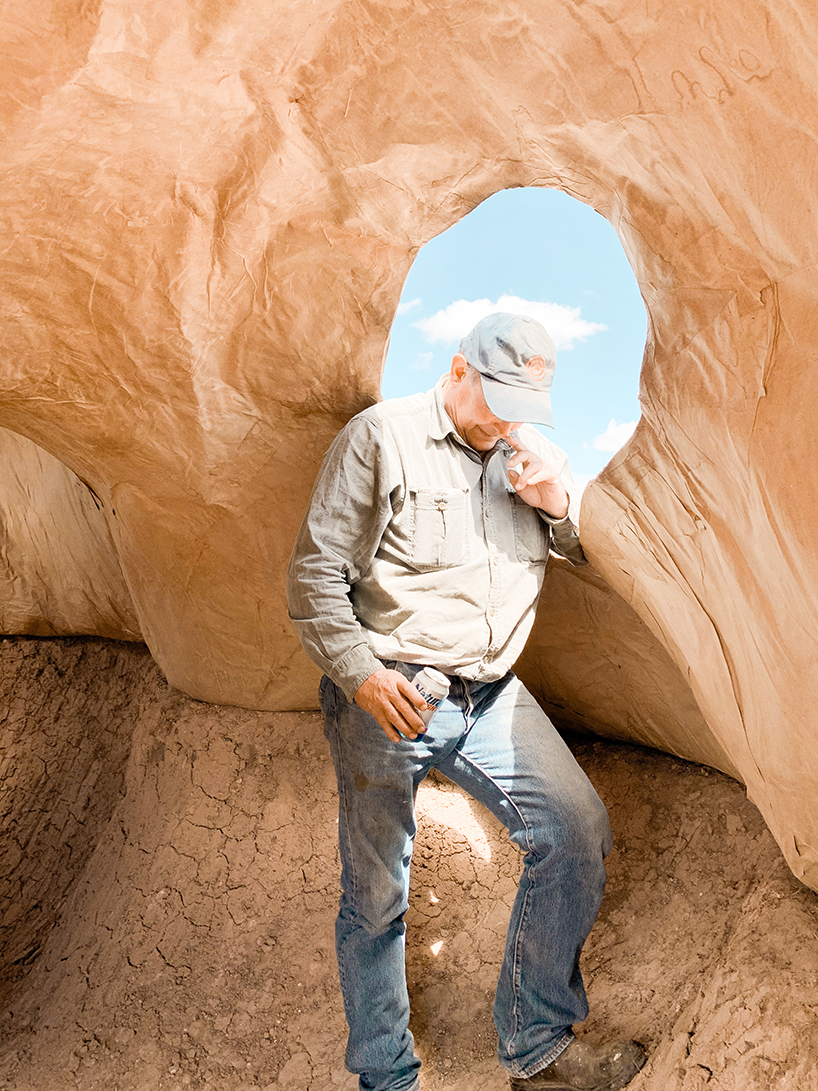 together, the holes, matched with their respective shells, create a semi-subterranean house in which the negative and positive expressions of a series of excavated forms take on a reciprocal relationship to create multiple habitable spaces. the result of this process is a formal and phenomenal experience derived from the earth itself. there are no perfect lines or manufactured shapes or colors in the design. instead, the formal language of the habitat follows cues from those found in nature: the contours of the domes perfectly matching those of the excavated dirt; the surface of the paper stained with a plethora of natural, earthen tones. 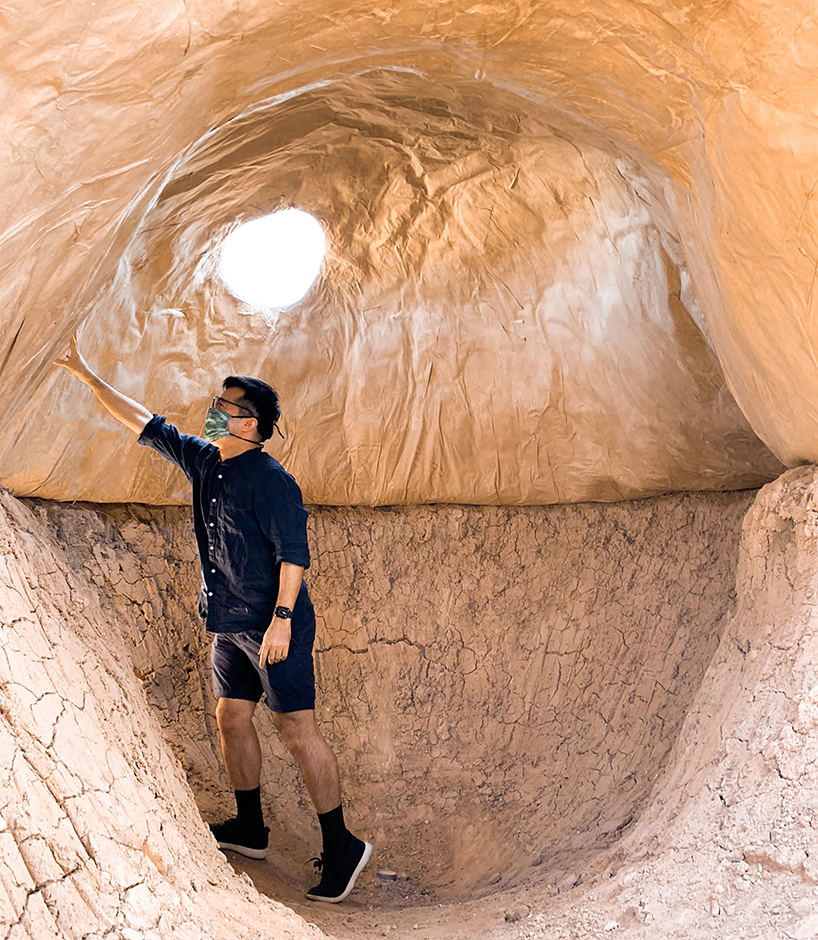 furthermore, the curvilinear apertures dotting the structures allow light to trickle into the depths of the caverns, giving life to the interior experience of the installation. as light filters in through the openings, it reflects off the glossy paper, producing an almost ecclesiastical, yet somehow sublunary, environment. as people move into the spaces, they become enveloped in a primordial experience – as if gestating in the womb of mother earth or stowing away in the belly of a whale just below the surface of the ocean. 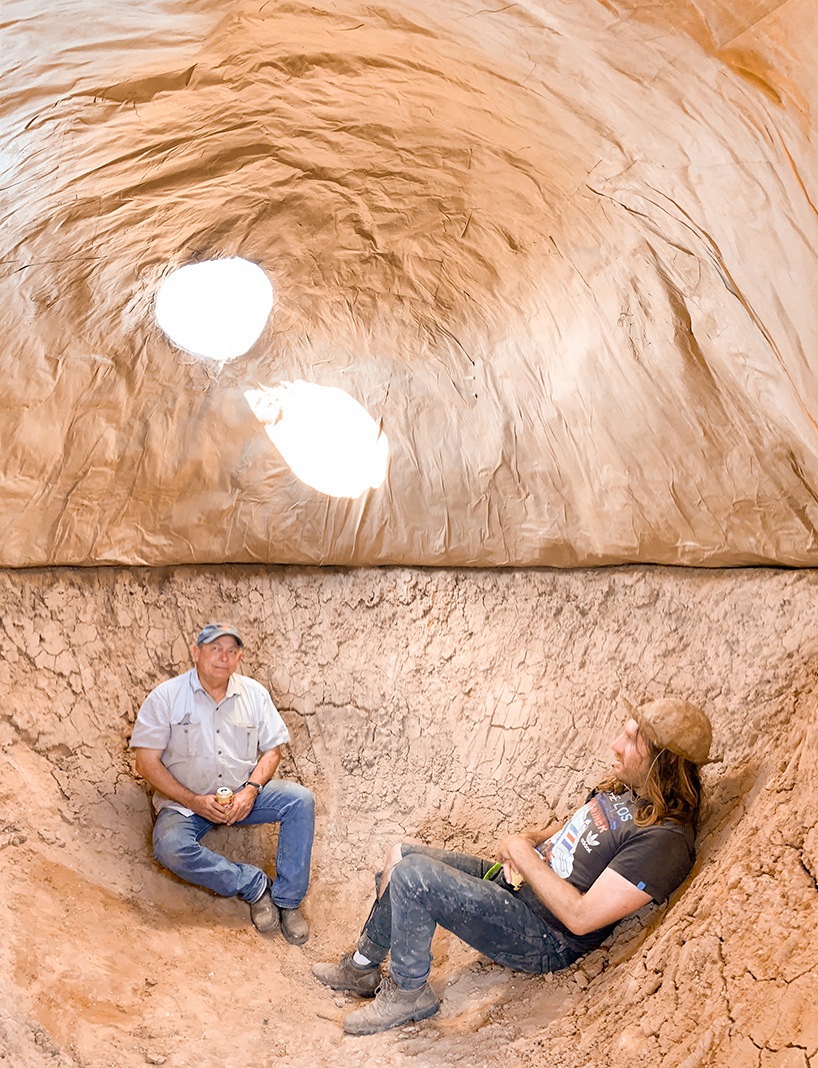 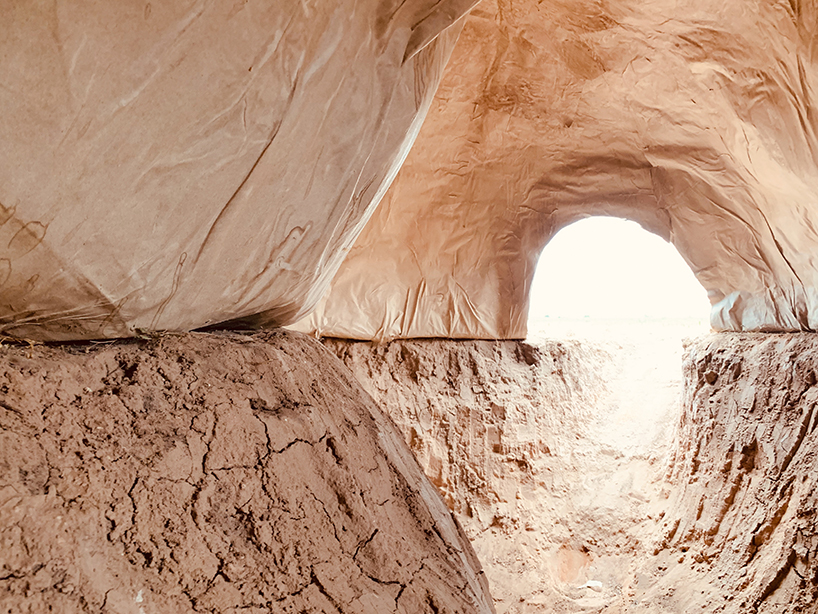 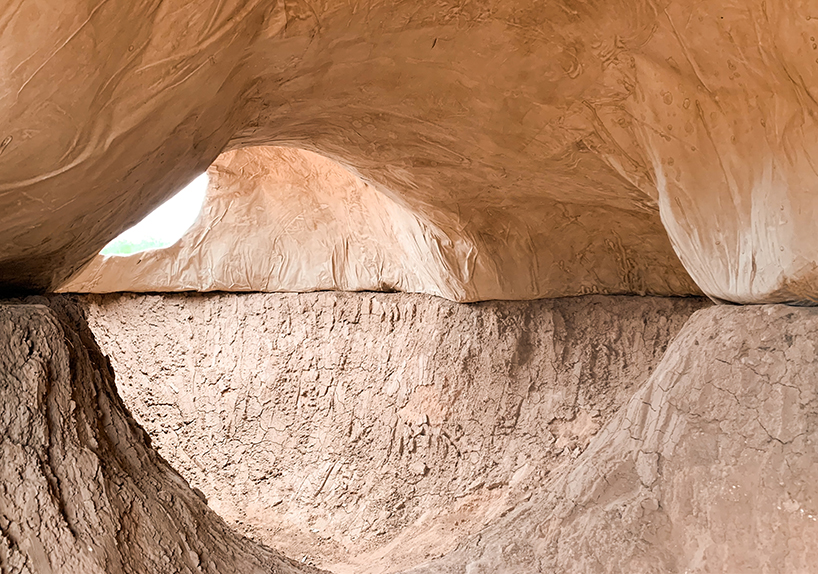 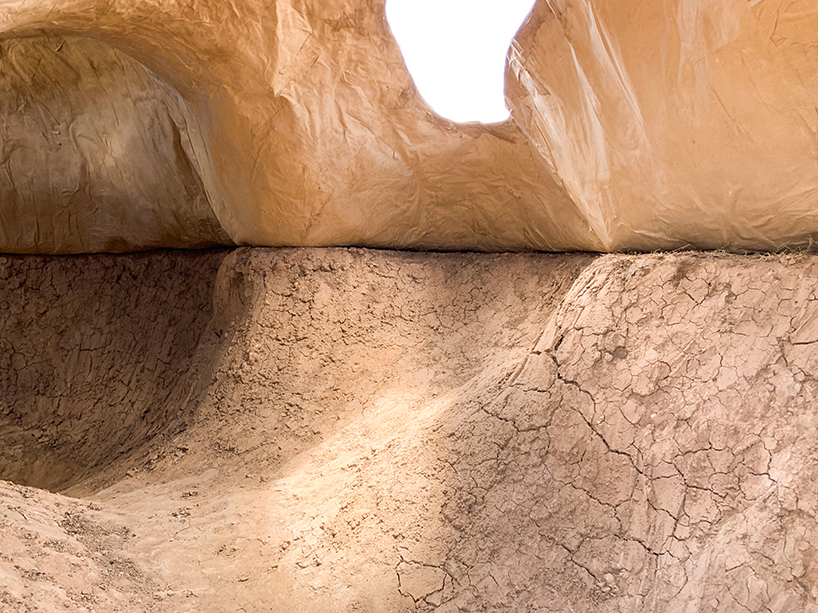 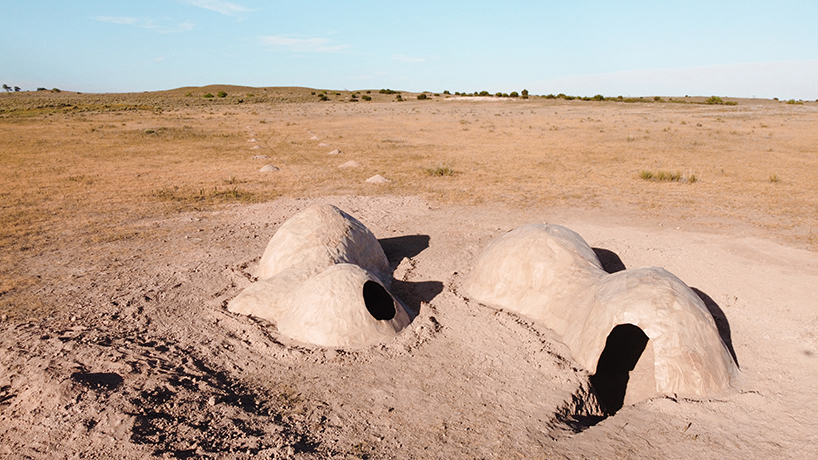 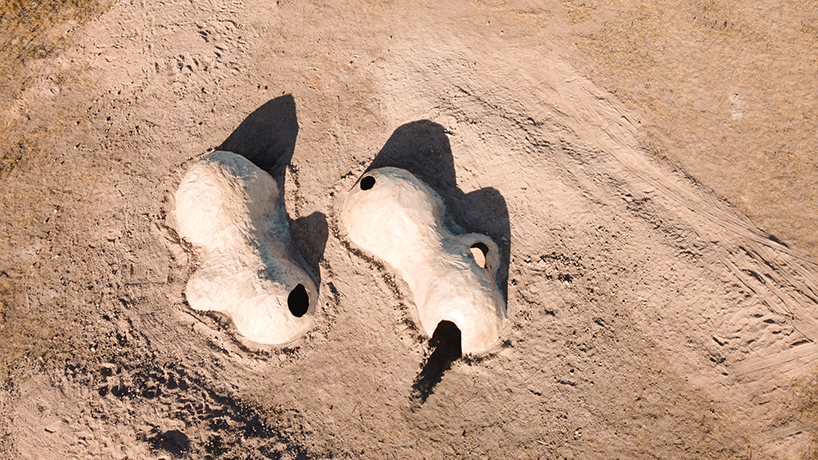 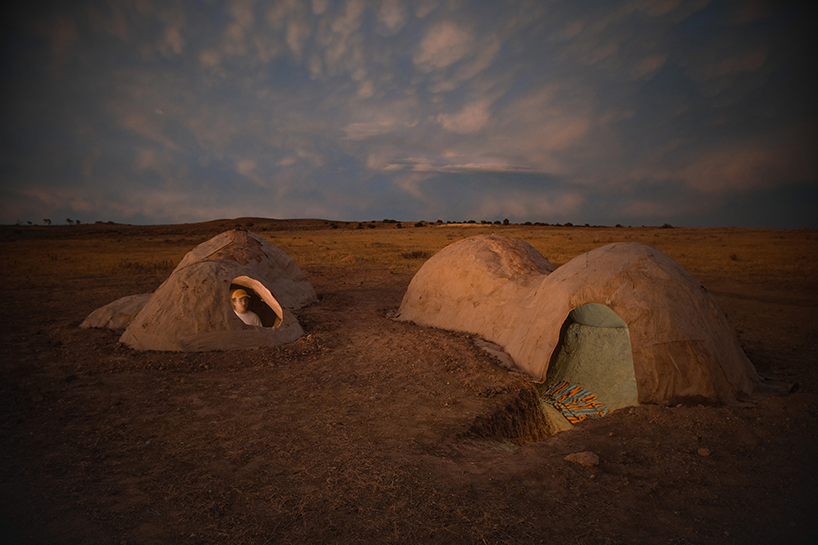 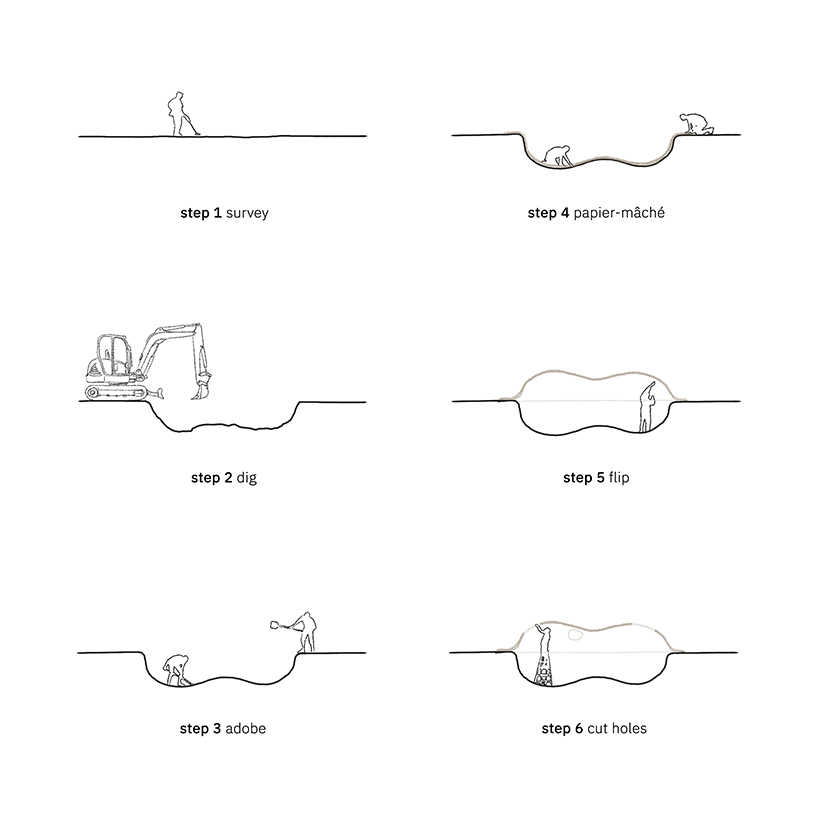 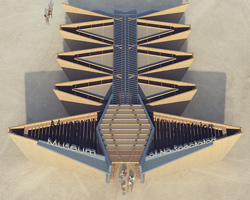 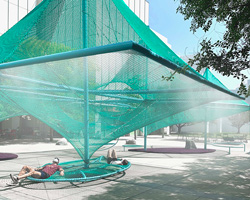 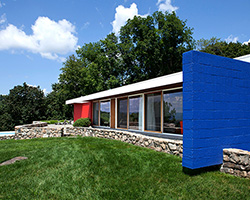 marcel breuer's neumann residence in upstate new york is up for sale for $4.2 million 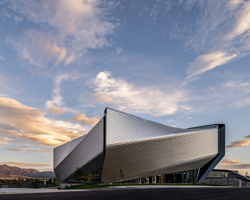 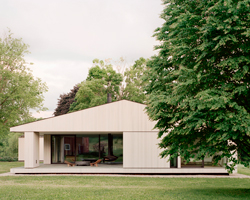 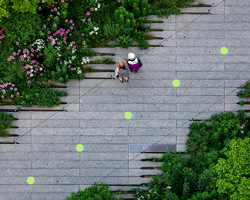 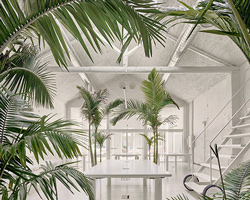 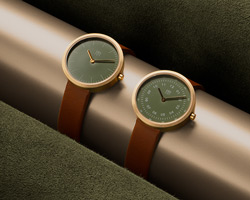 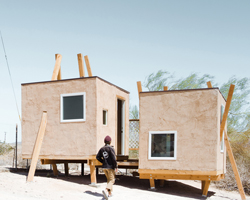 a forest of columns suspends the kerplunk house over the californian desert, by i stiffen thee 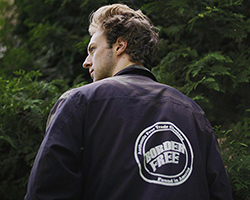 ×
keep up with our daily and weekly stories
508,326 subscribers

keep up with our daily and weekly stories
508,326 recipients