without a horizon, l2garquitectos’ CASA IA traces the limits of its domestic space, defying constraints by making the most of its’ elongated plot. built in madrid, the private family home is located on the boundry between pozuelo de alrcón and aravaca, compact and not interrupting the continuity of the outdoor space that develops from street to street.

CASA IA traces the limits of its domestic space, defying constraints by making the most of its’ elongated plot
all images © raúl del valle

CASA IA is accessed from the streets on the east and west sides of the block on which the plot is situated and has an irregular and slightly longitudinal shape. l2garquitectos designed the compact building according to a basic requirement of the property owners: not to break the links between the two streets either side of it. 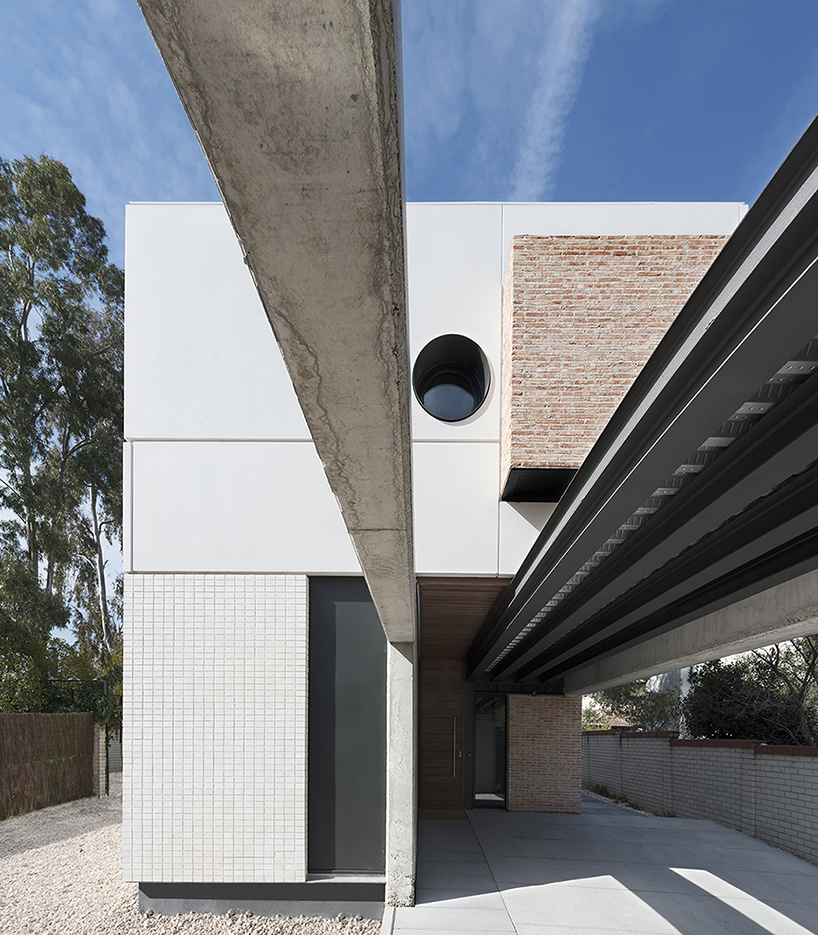 from east to west, the house itself forms part of the perimeter enclosure, from the street entrance in the east to the covered outdoor area in the west. in both cases, the load-bearing beam structure and concrete walls mark these limits. 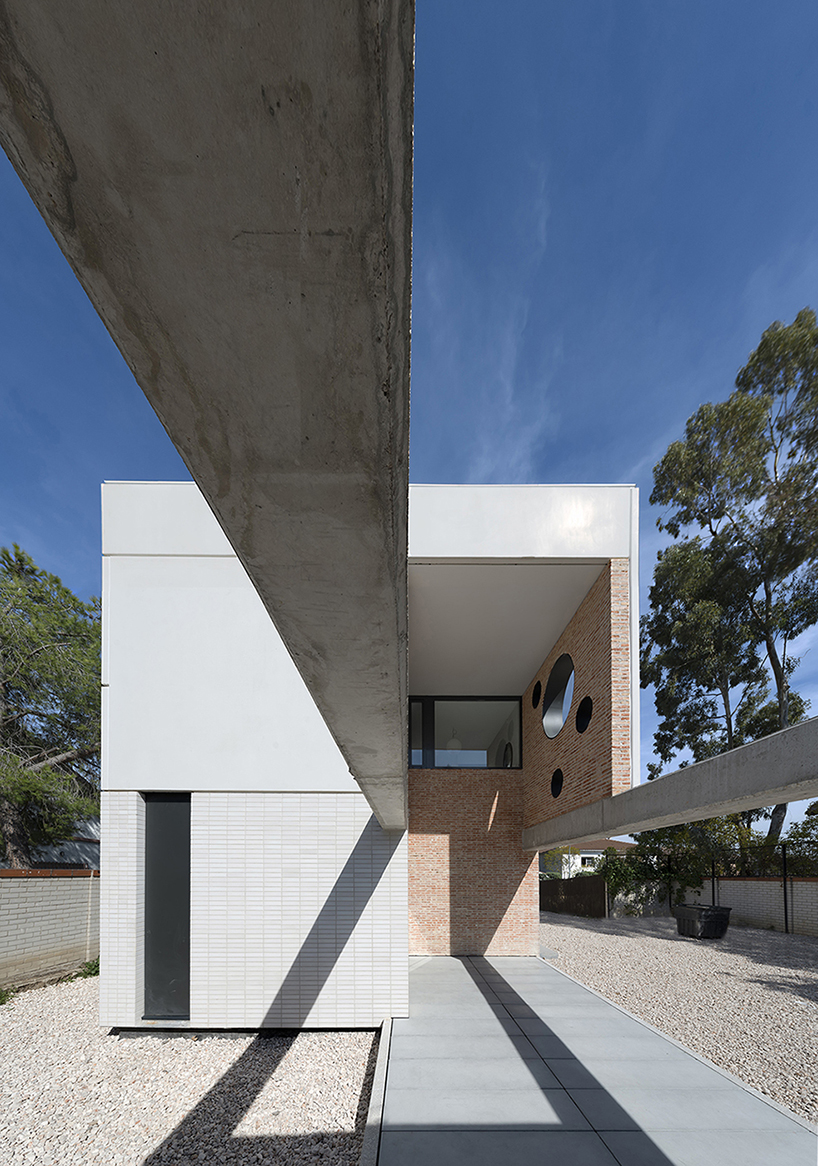 these concrete beams, walls and paving serve as containing envelopes and a threshold for handmade brick structures which house the rooms on the lower floor. they serve as a threshold, support and foundation for the upper floor with the latter, formed by white prefabricated envelopes, housing the bedrooms and a study and games area. the lower structures have sliding steel panels in the ventilated chambers. 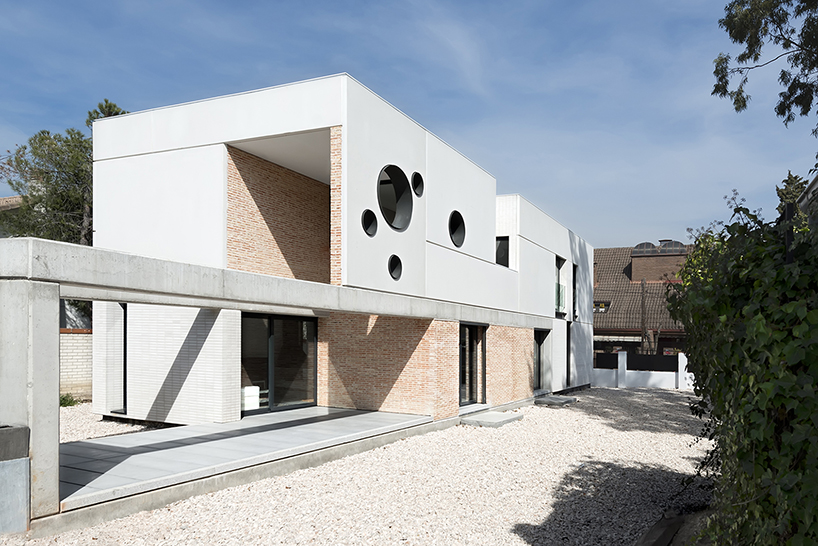 circular windows punctuate the structure, forming a relationships with the exterior through light

arranged in the traditional fashion for half-foot brick and with lime mortar, the brick walls act as canvases confined between the framework and the structural grey concrete beams. on the other hand, the shiny white glazed brick walls have been built with depth in mind and, in this case, form volumes projected according to the geometric position of the brick.

‘the project arises as a script for the dialogue between geometry and topology, between scale and construction, between continuity and place, between time and will‘, comments l2garquitectos. ‘the two ways of working the brick offer to give a unique response. 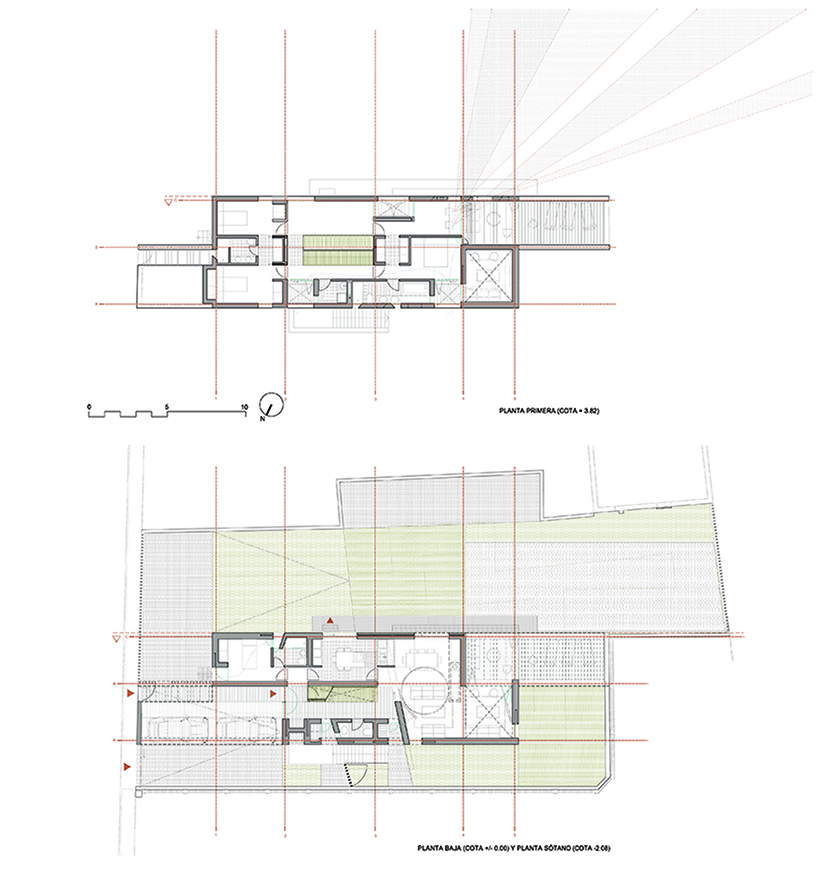 compact, the house does not interrupt the continuity of the outdoor space that develops from street to street