the hamburg-wilhelmsburg flak bunker was built in 1942 and was in use for the following four years, built as a stronghold equipped with anti-aircraft turrets designed to withstand attacks from the ground or the air during world war 2. local studio iba-hamburg was commissioned to turn the icon into a useful structure for the current day and age. now restored as a public memorial complete with four 30 meter tall towers and an impenetrable concrete envelope, the fortress now serves as the surrounding residential area’s renewable energy supply providing heat and power from 85% renewable resources. a steel framing system separated from the faces of the southern wall and roof serve as a substructure for large louvered solar panel strips that output over 100kW per week. at the heart of the bunker, a large storage facility stores up to 2 million liters of water, made in a chamber that was the result of internal explosions triggered at the end of the war. in other rooms, heat is generated through industrial waste, a biomethane gas-driven heat and power unit, and a wood combustion system. in the location of one of the aircraft turrets, 30 meters above the ground, a new cafe has been opened to host the various visitors from around the world. 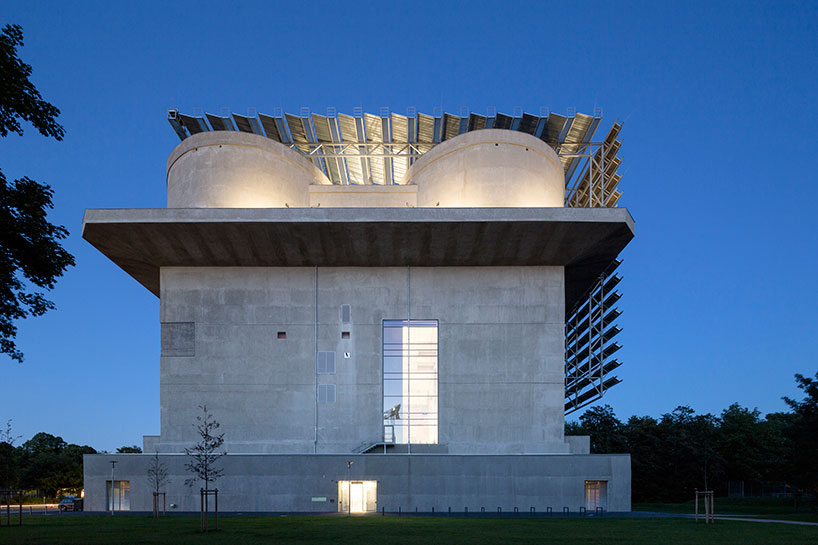 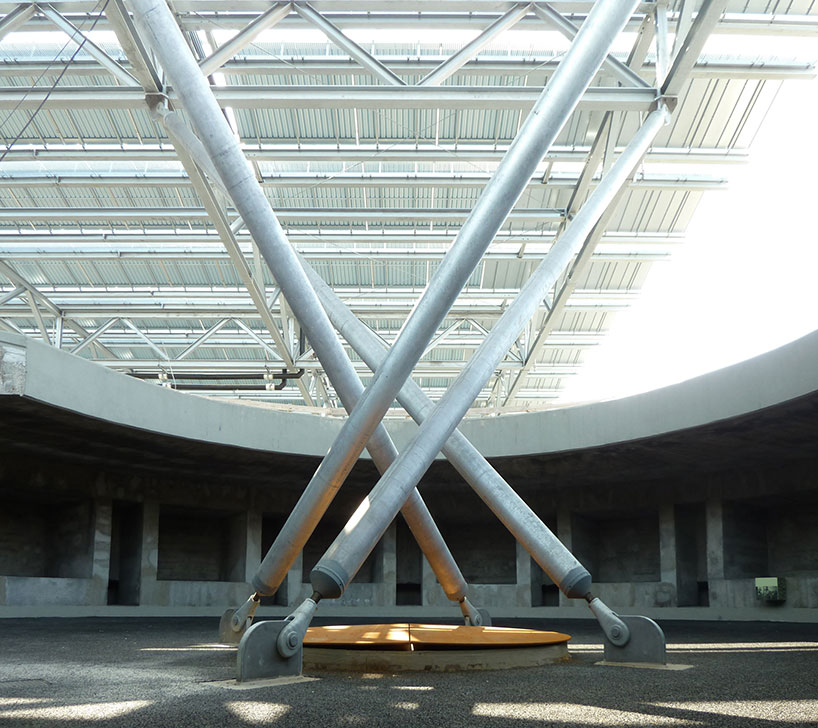 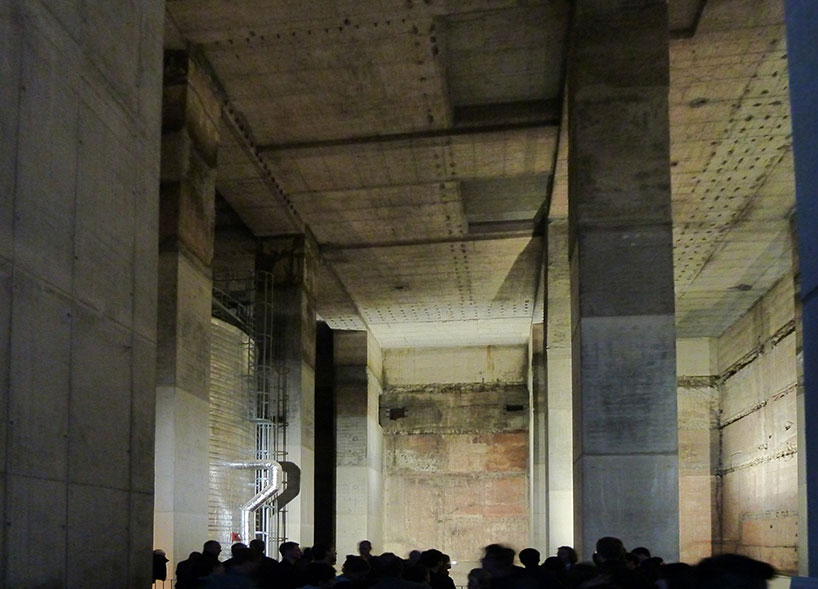 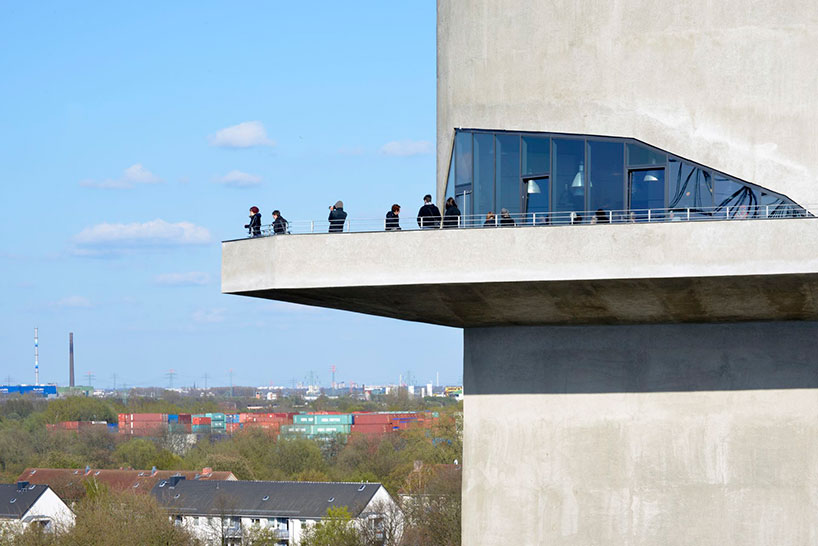 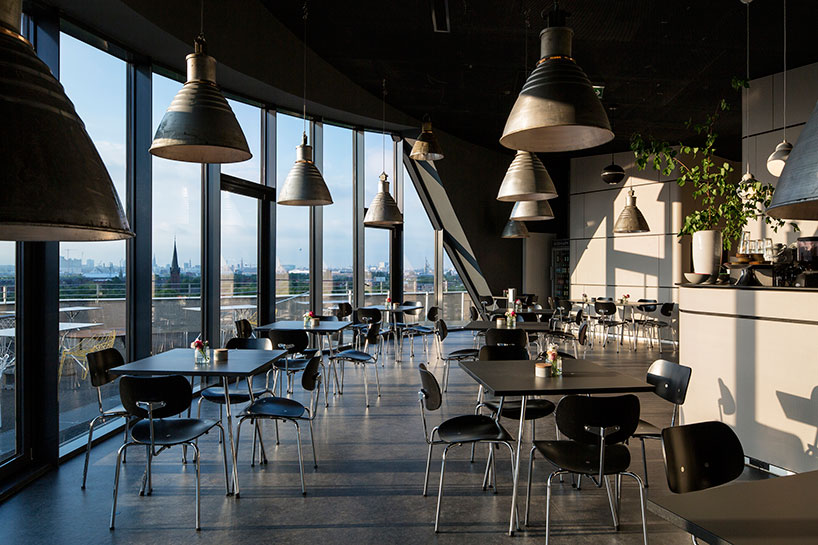 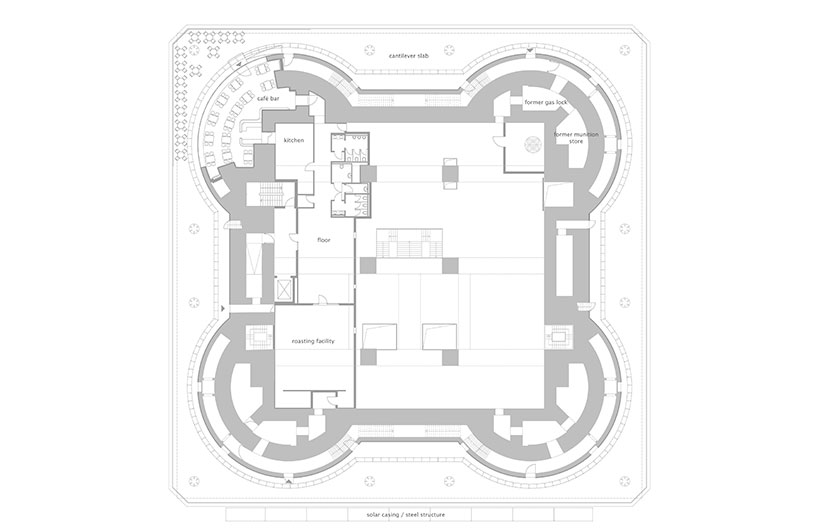 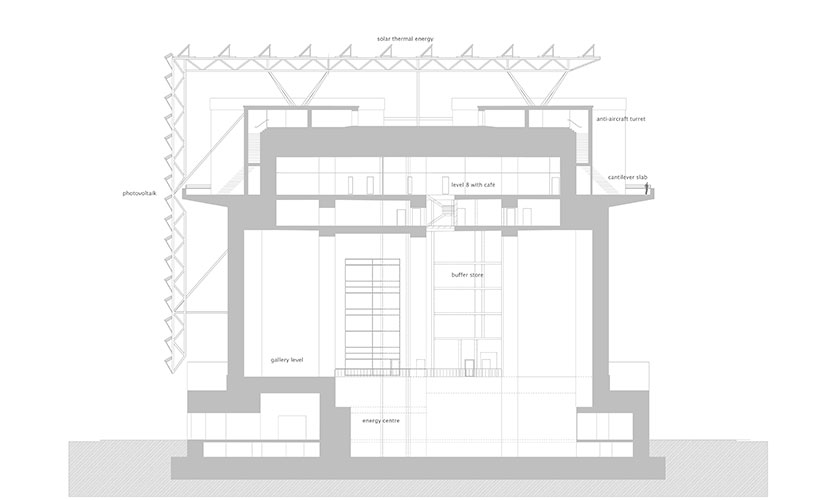 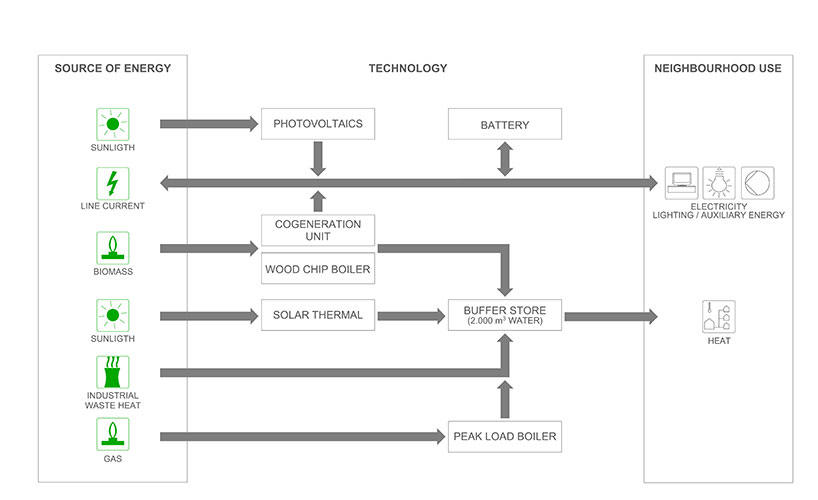