the top awarded design by nicolas montesano and victor villa is a circular path which dips above and below water, encircling a water plaza which may be traversed by boats and pedestrians and cyclists travel along the perimeter. a steel lattice shell structurally supports the span, allowing transit to continue underneath with the specified height and depth regulations. the materials may be initially sourced from recovered shipyard steel from the local naval industry while the interior wood provides resistance to the eminent humidity. 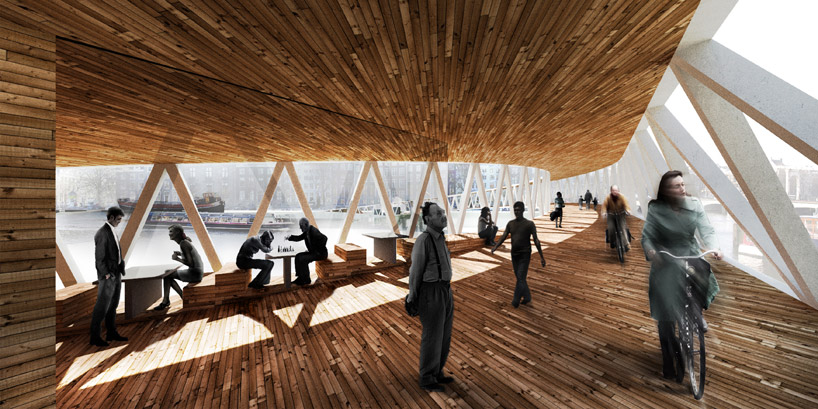 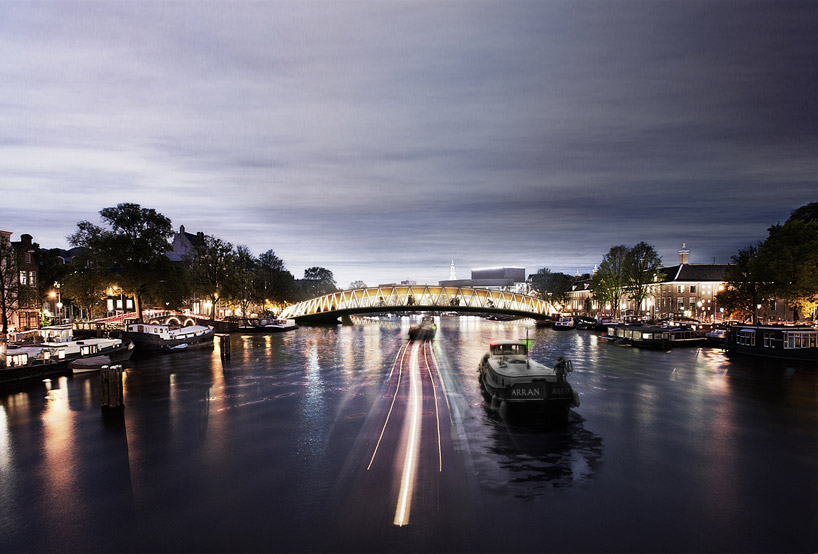 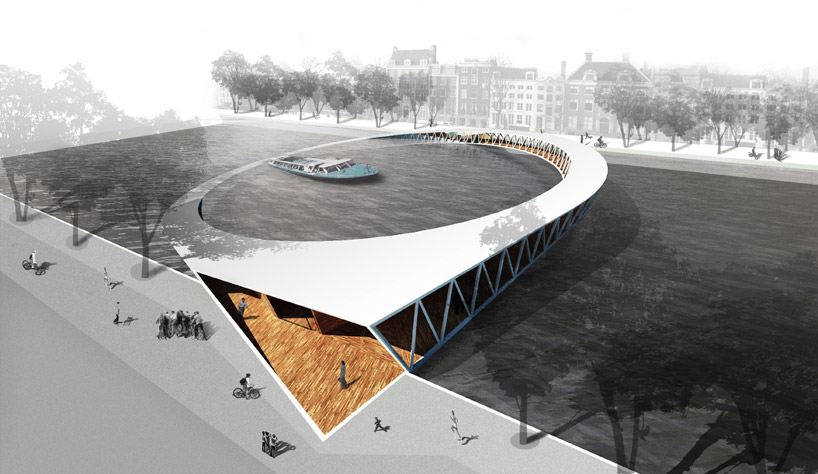 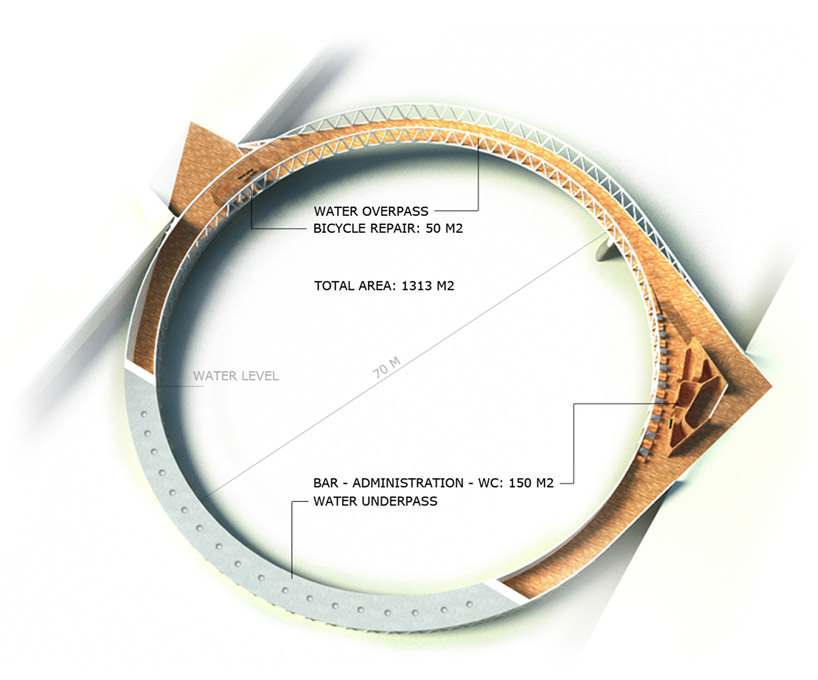 the second place entry, ‘archi made’ by french practice 2:pm architectures places an emphasis upon the purpose of a bridge, to cross from one bank to another. skimming the surface of the canal, individuals feel as though they are floating on water. a breakwater calms the waves to a near still state as they near the structure. addressing the boat traffic, a section near the center submerges itself to allow transit to pass. the segment fills with air in stocked steel tanks to rise and allow people to continue crossing. 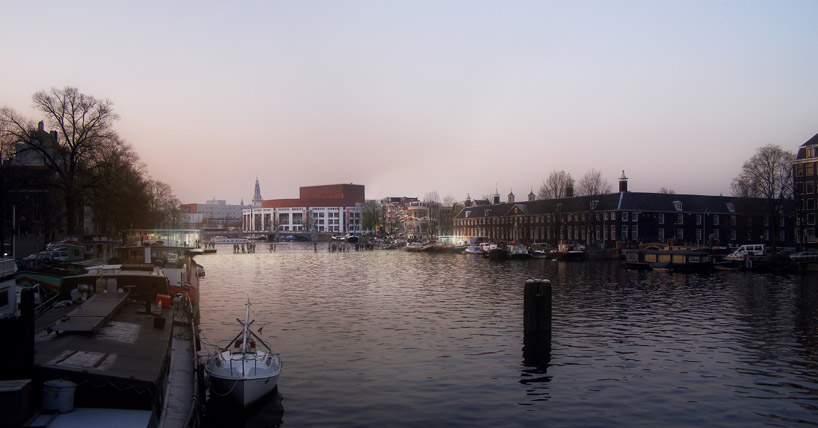 bridge blends into the urban context

people appear to be walking on the surface of the canal 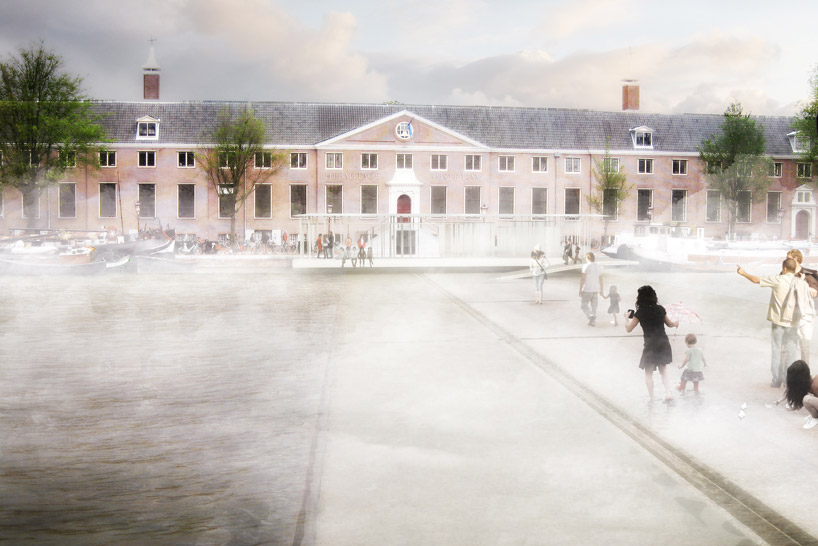 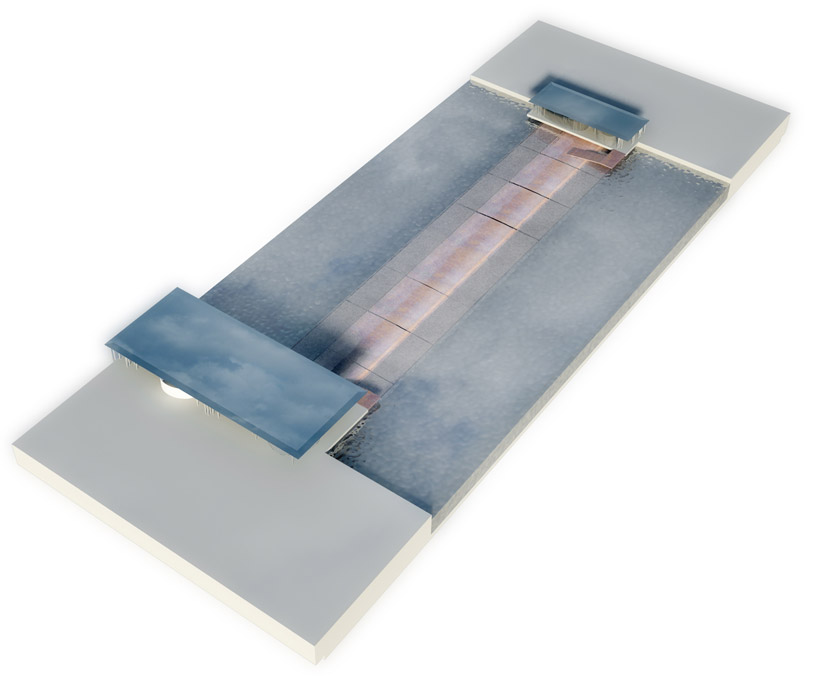 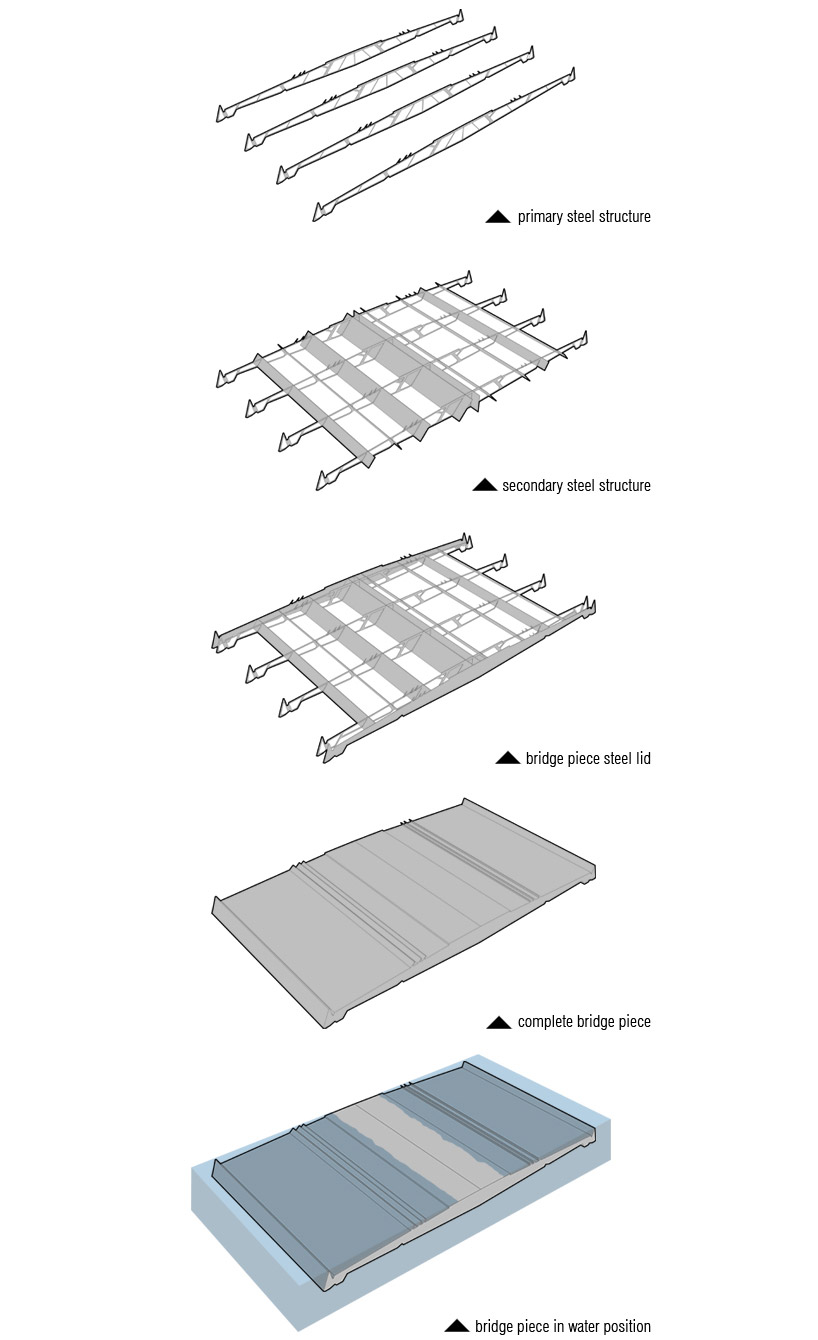 wave heights decrease as they near the bridge

barges with shipping containers are the basic components for the third proposal by velrose and heyne tillett steel, which move and turn to let nautical traffic pass uninterrupted. recycled from other uses, the units contain a cafe, picnic setting or bike repair shop. the slowly evolving living structure generates its image due to its dynamic state. runners or cyclists must pause or take a different route when the bridge is mid-shift. ramps, ropes and chains link the barges when the bridge is in order. a smartphone app will let pedestrians know if the connection is usable at the time, with a status symbol highlighting its current condition. 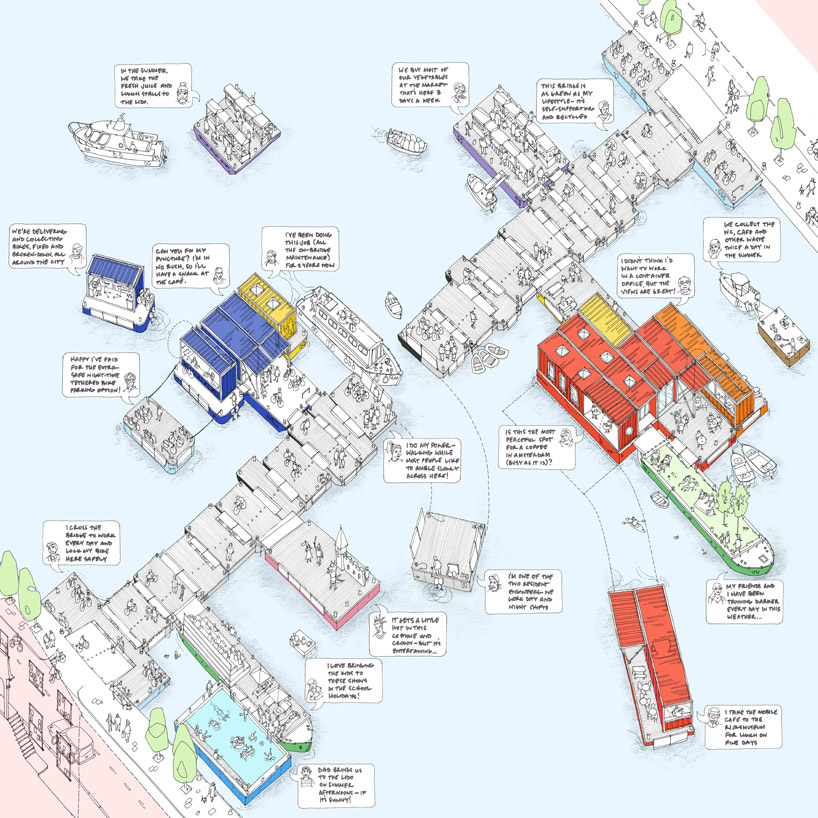 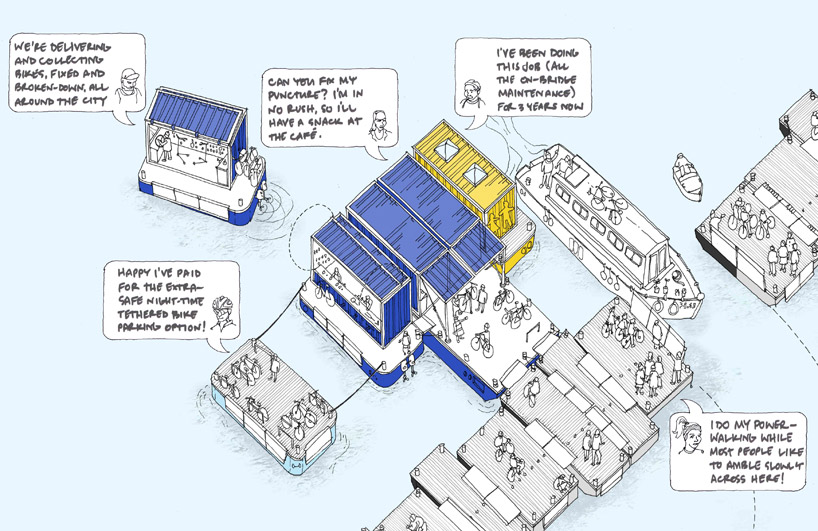 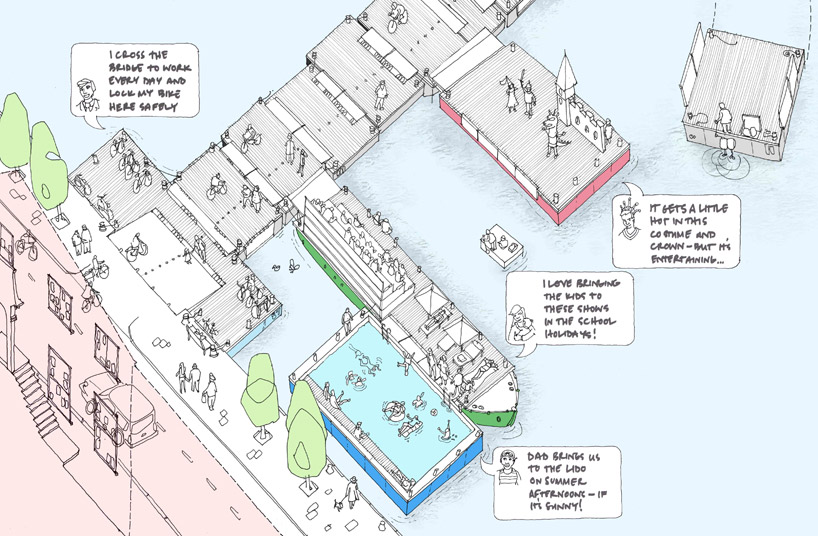 connection to the land 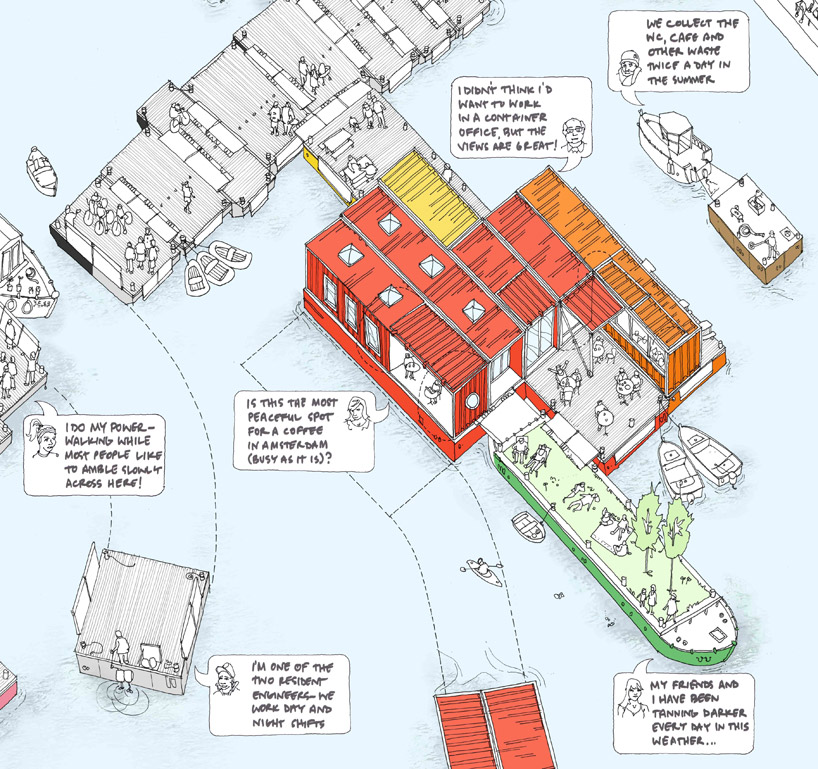 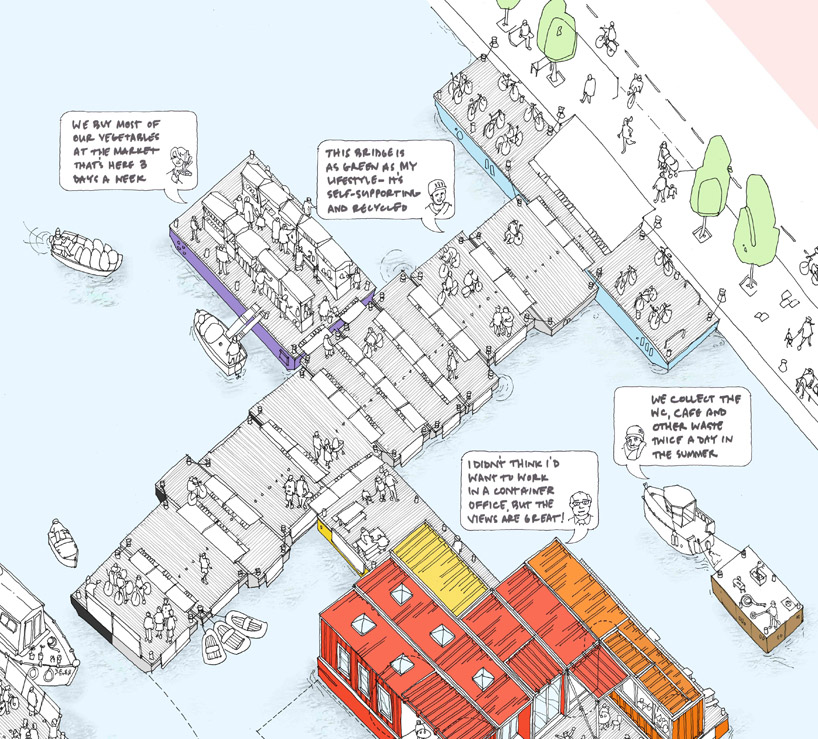 connection to the bank

units begin to move, allow for boats to pass 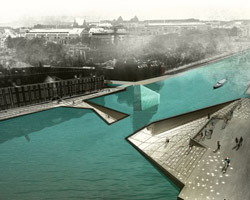 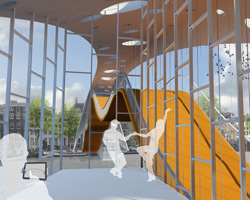 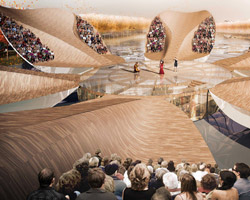 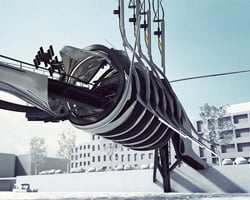 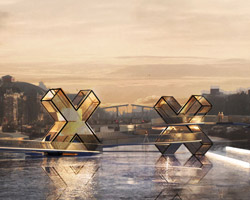 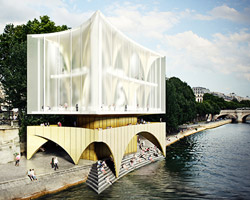 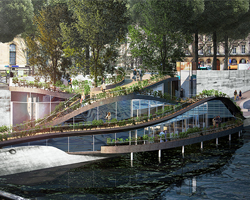 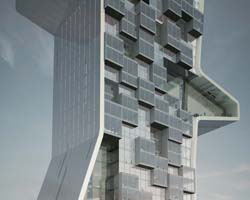 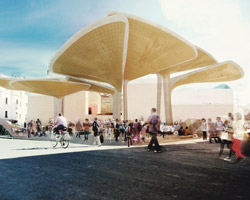