‘kok’ by japanese practice ICU architects office (naoyuki nagata) is a three-storey collective residential project in chofu city, tokyo, japan. integrating void forms in a three-dimensional composition between units, the design is a practice in generating private and communal space that enables the inhabitants to ‘come together’ while maintaining a relationship with the urban context of the city. 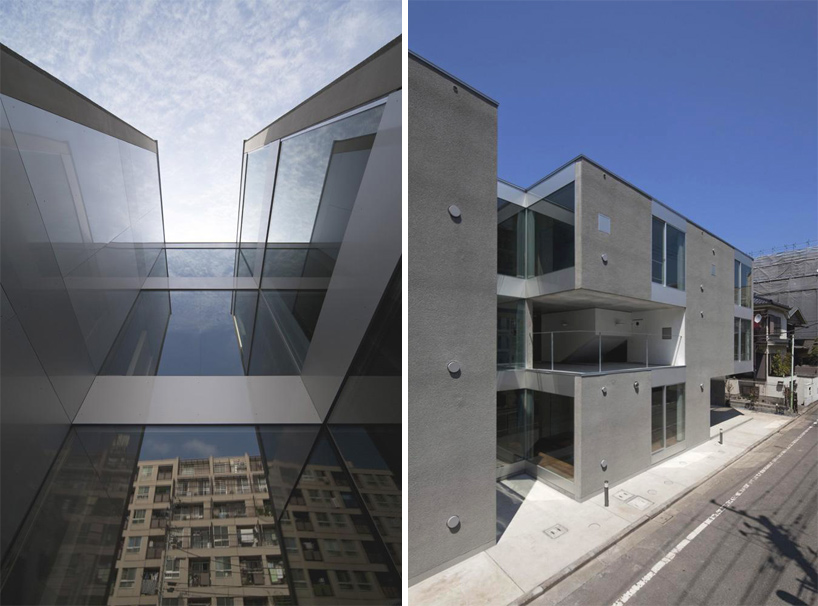 positioned in an area dominated by low-rise structures with a parking lot to the front of the plot, the apartment building seeks to provide an open interface between the interior space and the immediate site. the exterior facade reads as the result of a push-pull effect of forms, featuring voids that run both vertically and horizontally throughout the design. while solid and free-standing in its stature, this porous arrangement coupled lends a sense of open accessibility from the street. 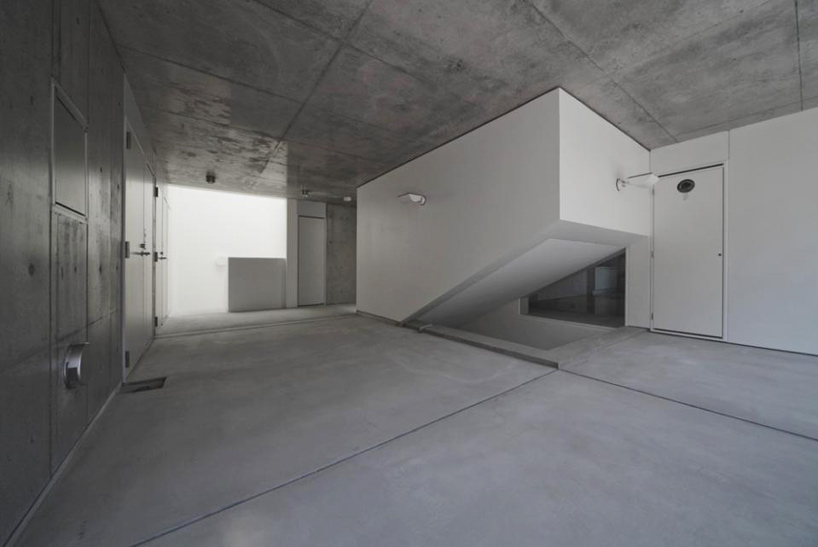 a composition of six vertical and three horizontal voids, the units surround these empty spaces to moderate distance between each rooms and the city. terraces and common circulation zones are created, resulting in an effective layout that promote the inhabitants to share these non-private areas together. floor-to-ceiling glazing which wrap around the inserted voids allow different units to be experienced in layers while offering views to the urban backdrop of the site. 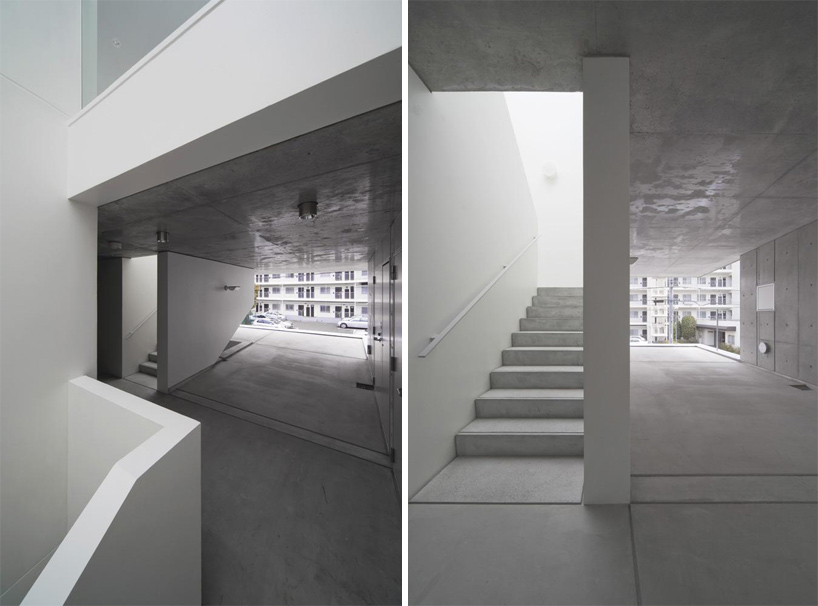 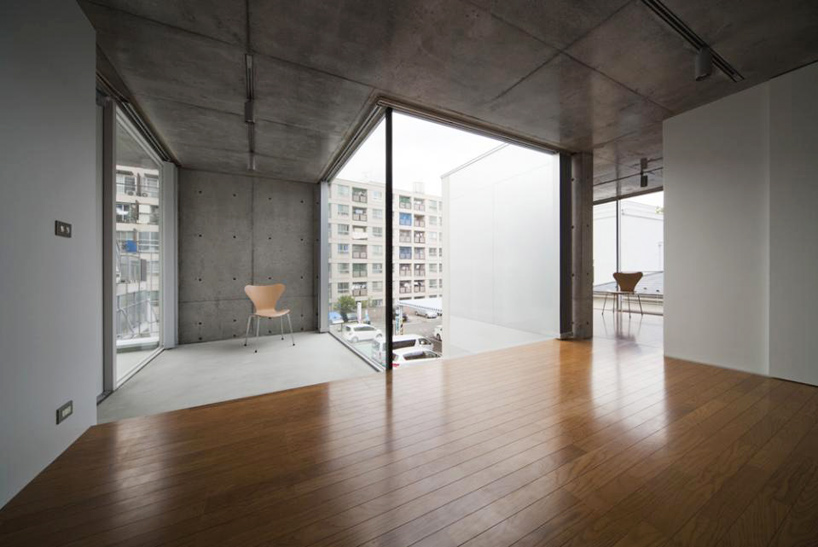 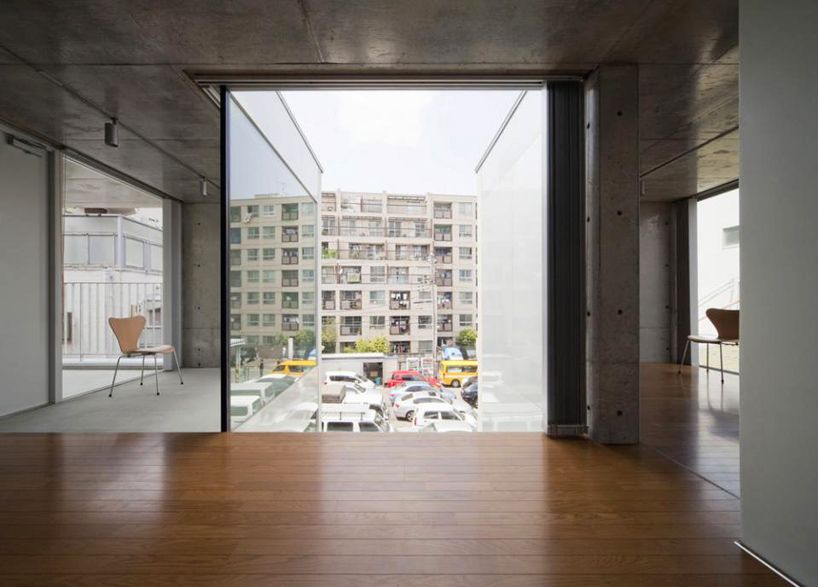 view to the front of the site image © hiroyuki hirai 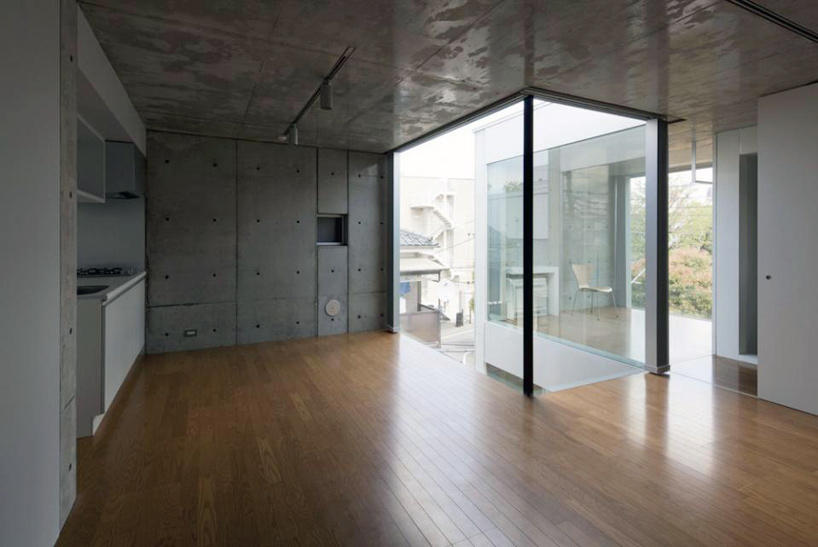 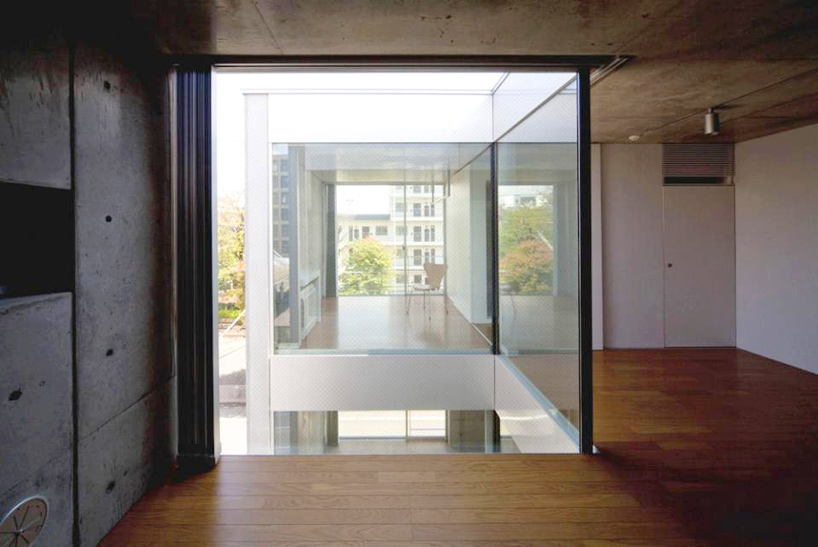 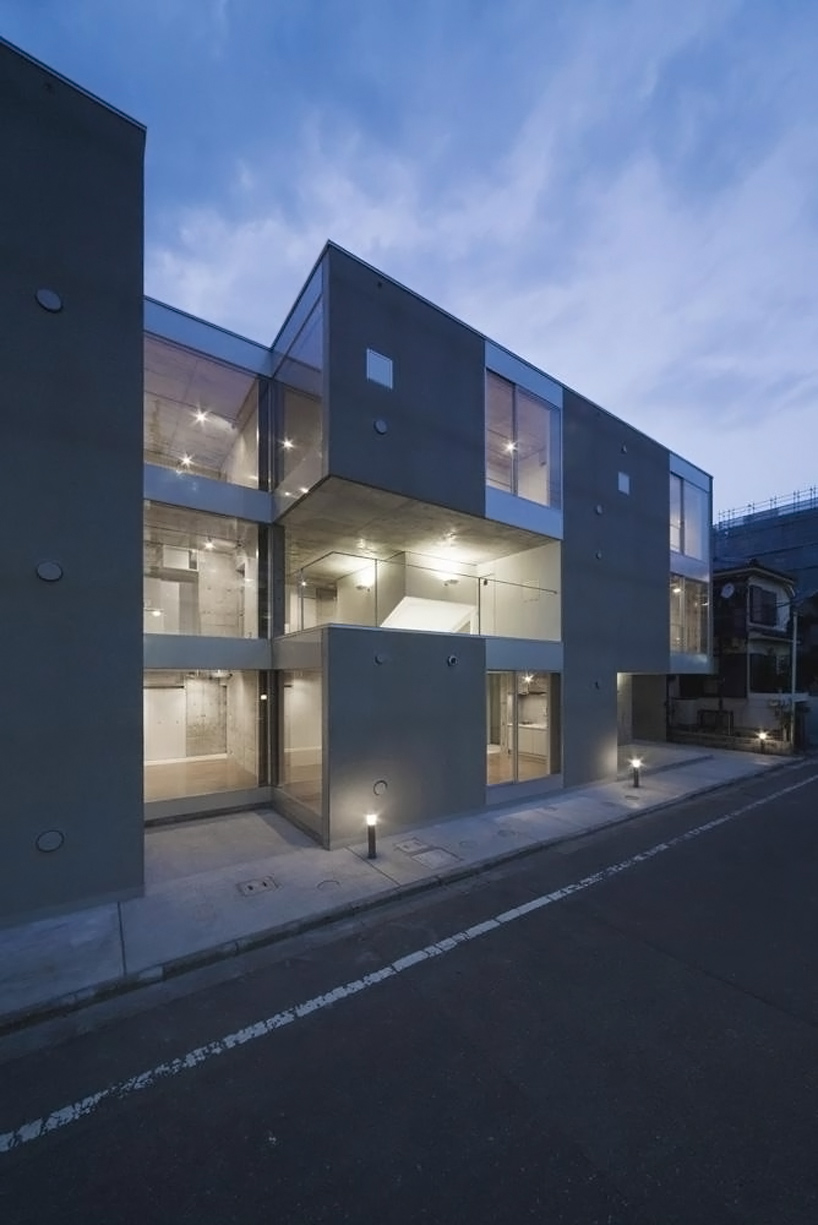