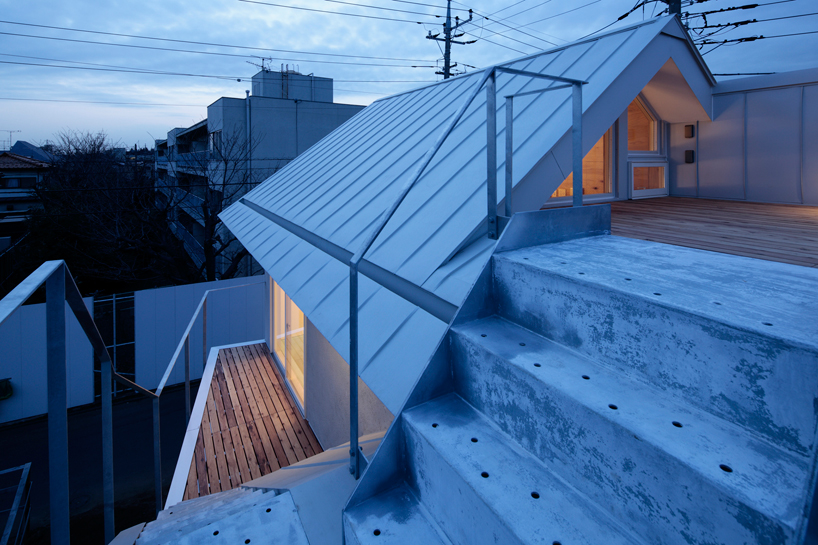 built for an astrological enthusiast and his family, the two-storey wood frame ‘shakujii- Y house’ in a suburb of tokyo, designed by japanese practice
ikeda yukie ono toshiharu architects, revolves around the notion of light and its presence within the household. the brief called for a rooftop loft for the owner to
observe the cosmos and offer a complimentary space in which to play with the possibility to connect to the exterior. several strategies are implemented
to capture and refract daylight into the spaces within. large sliding windows in the master bedroom and living area illuminate the main social
areas, reflecting off of the stark white interior. a void in the ceiling with a glass floor also invites light from the upper level down into the first.
the natural timber beams that make up the pitched roof contains a mirror-like element that reflects daylight entering the loft area down into the
master bedroom, through the transparent gap and into the downstairs. in the winter the residence remains bright and warm, while overhanging
eaves and a solar-powered air conditioning unit cool it down in the summer. 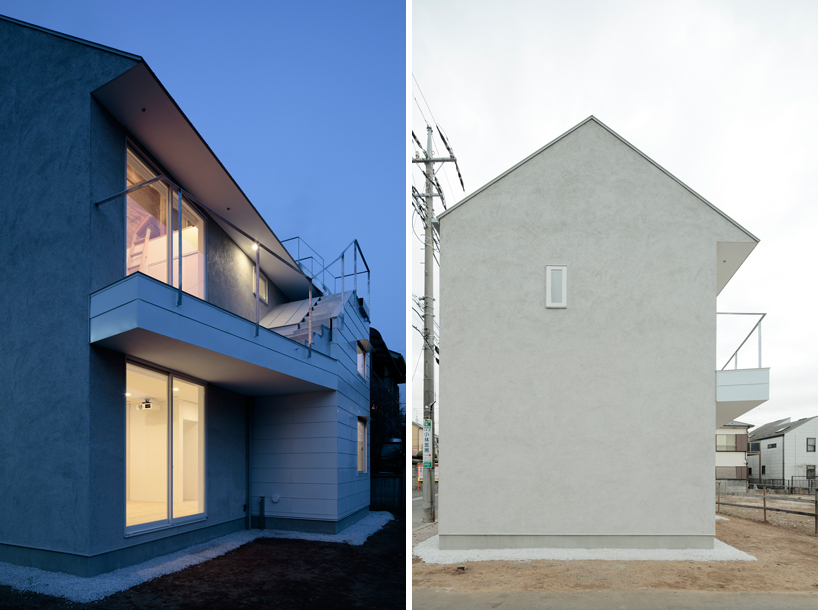 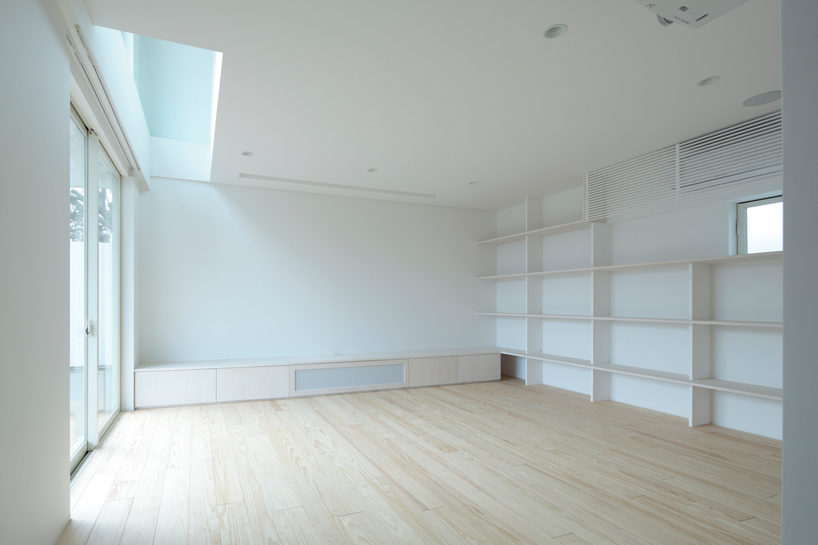 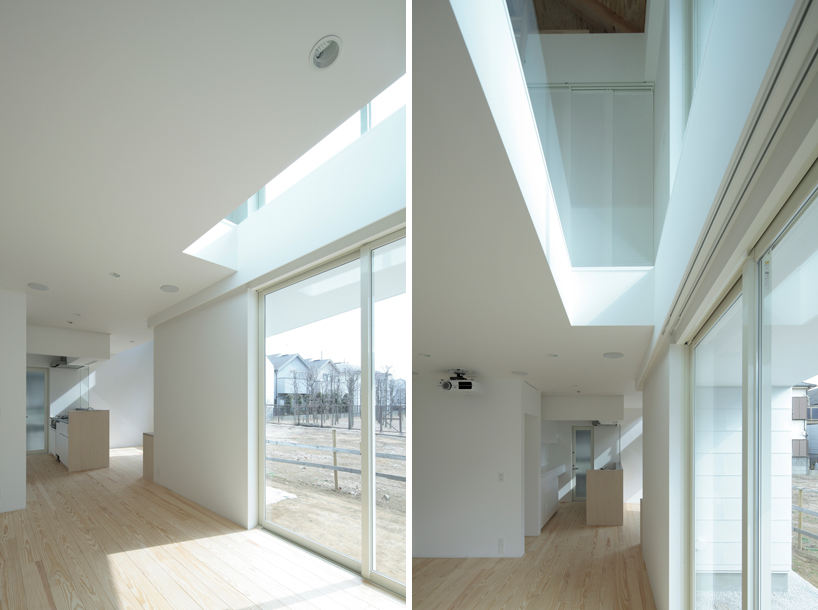 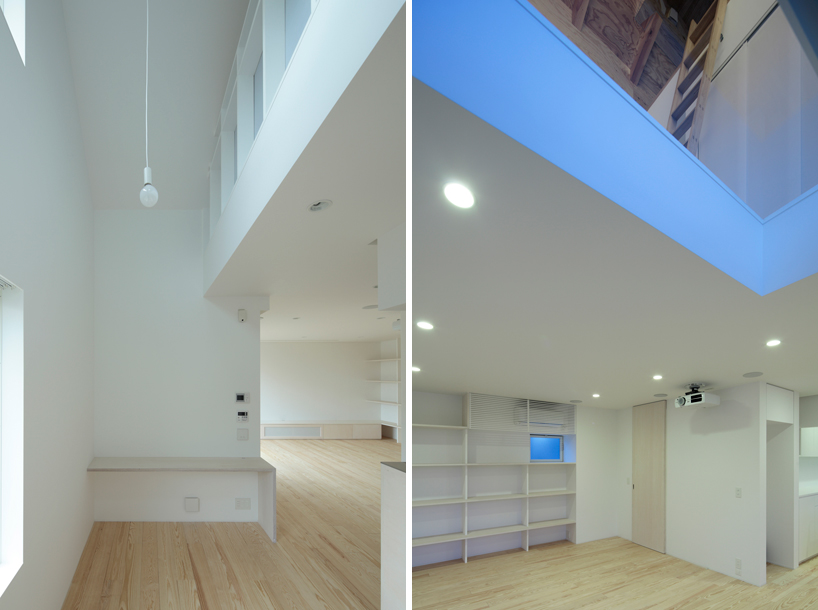 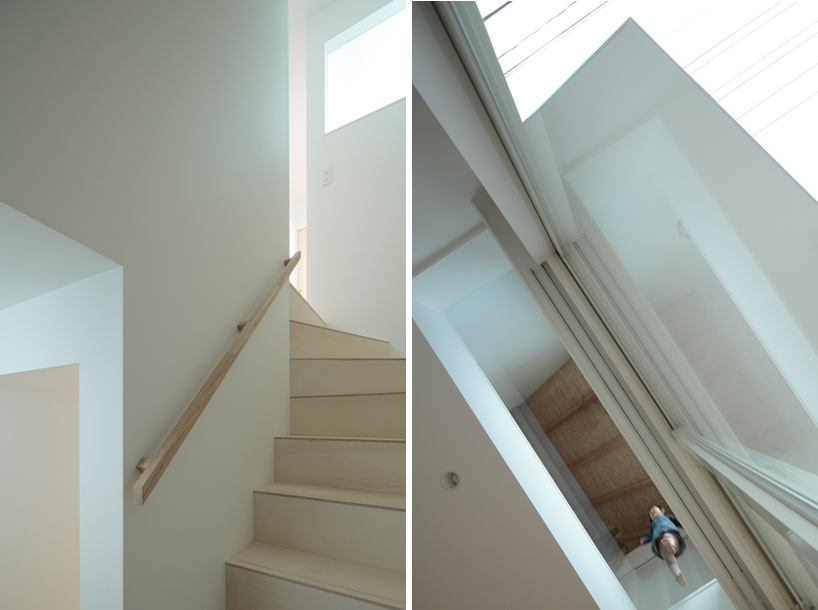 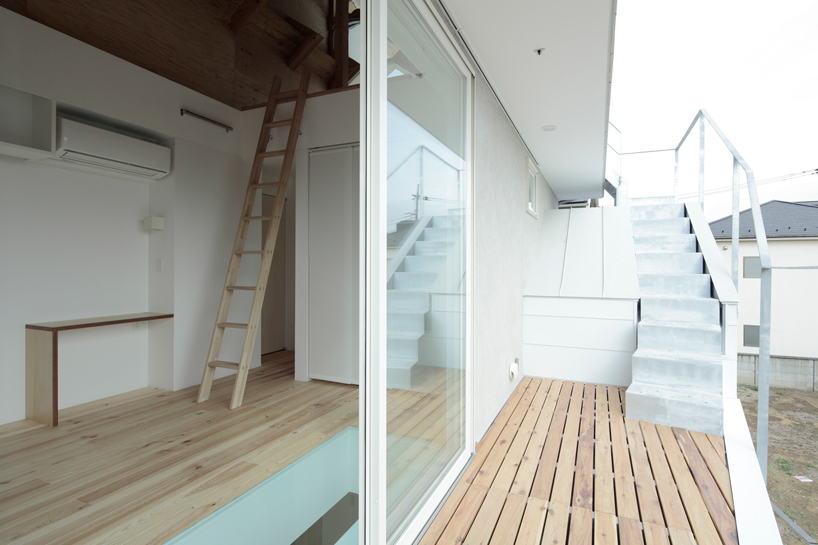 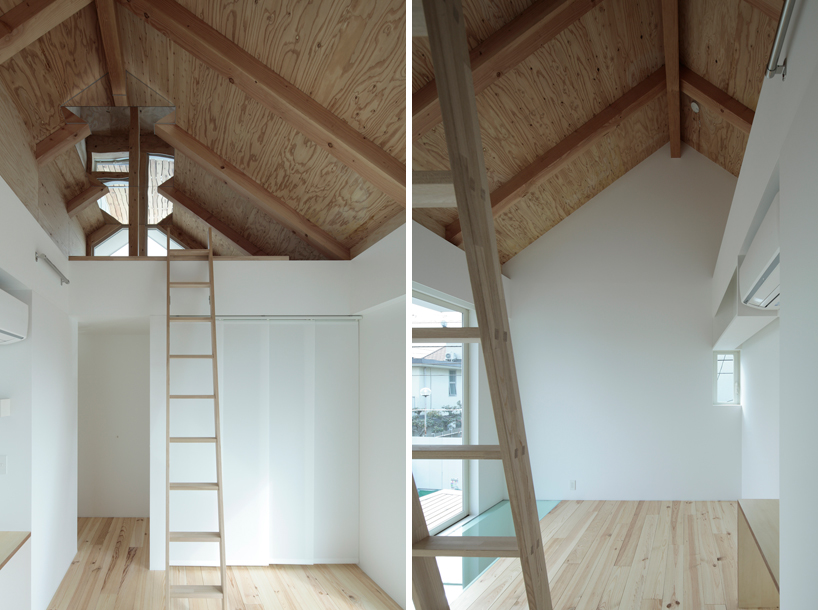 ladder leads up to the roof loft
image © koichi torimura 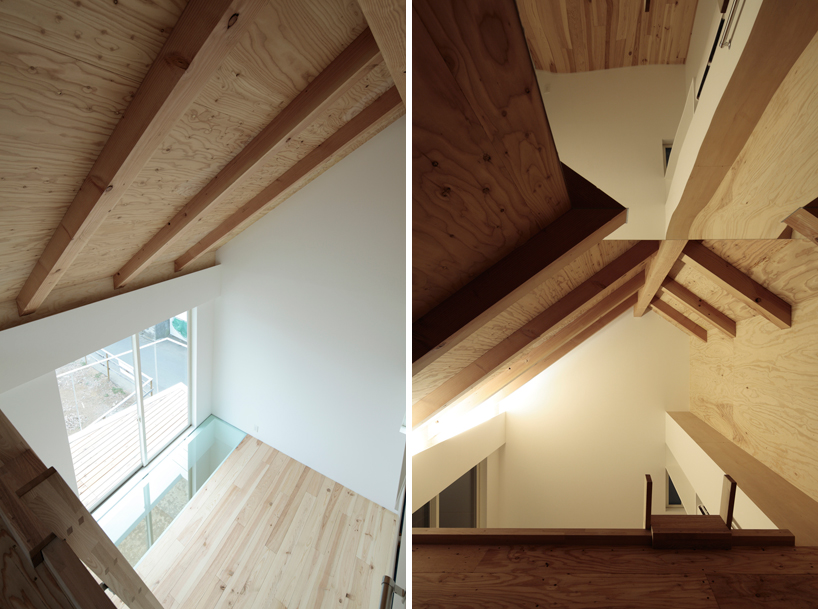 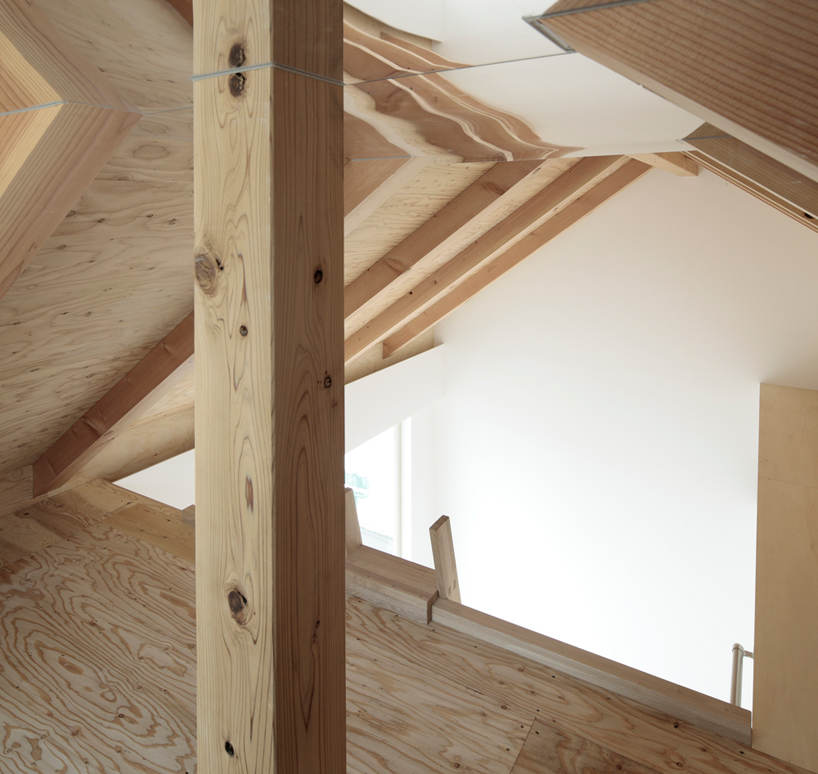 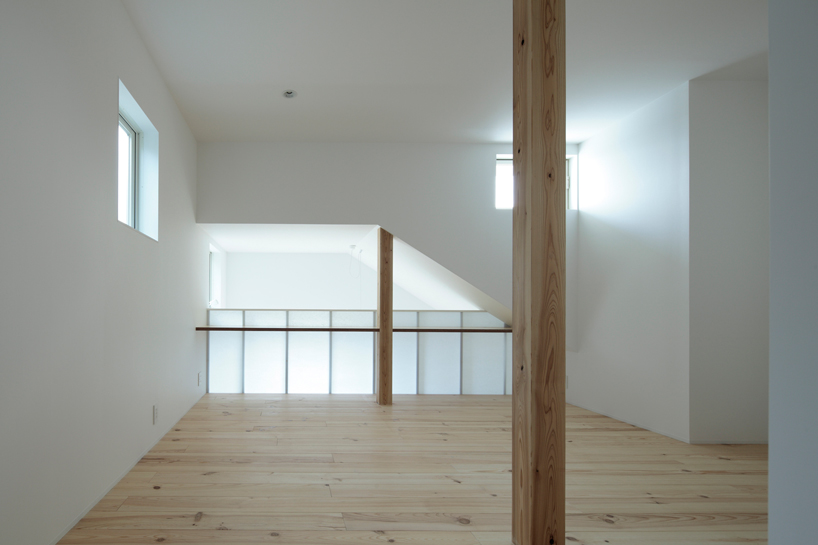 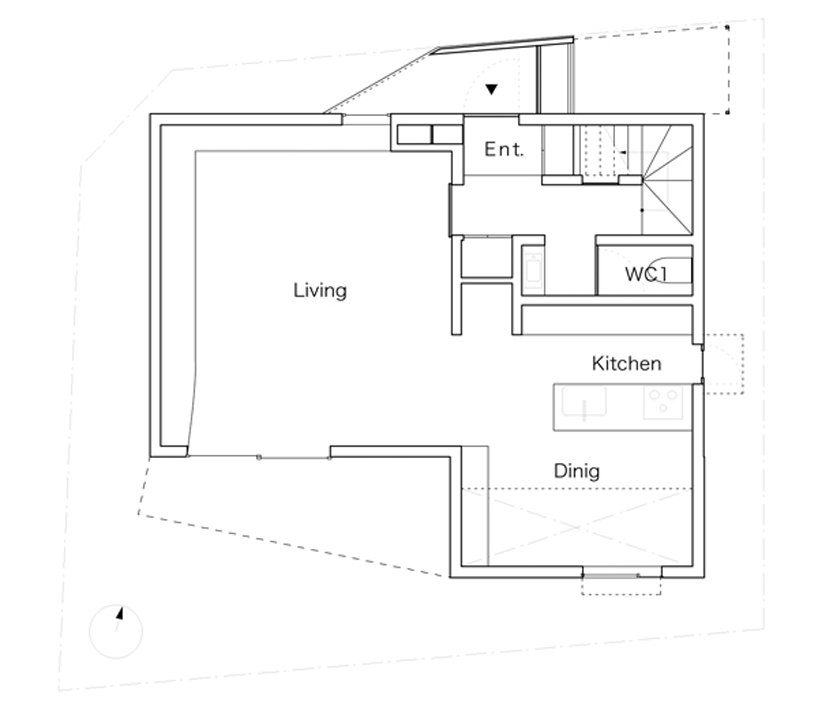 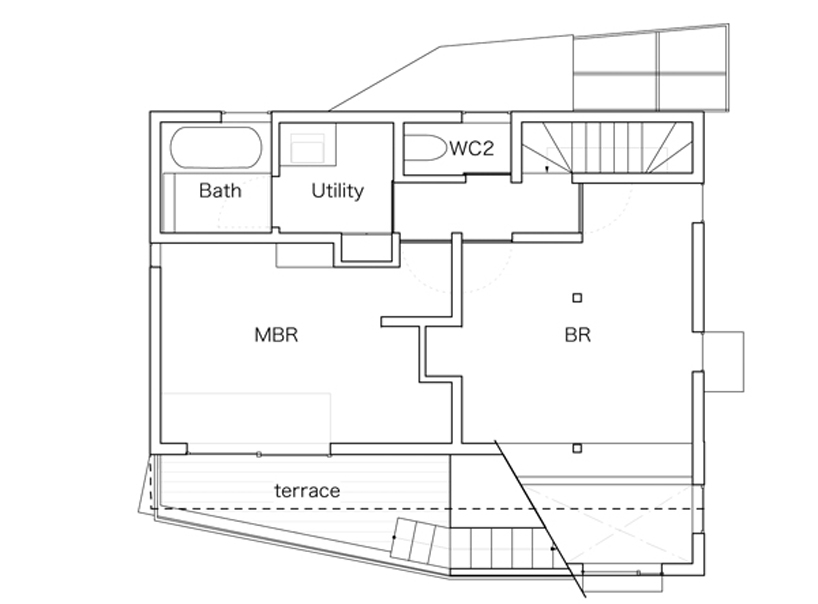 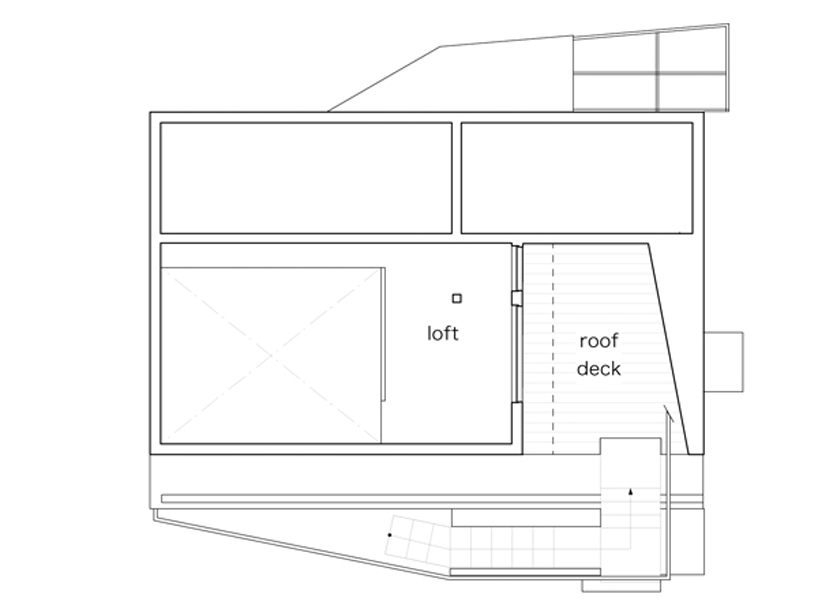 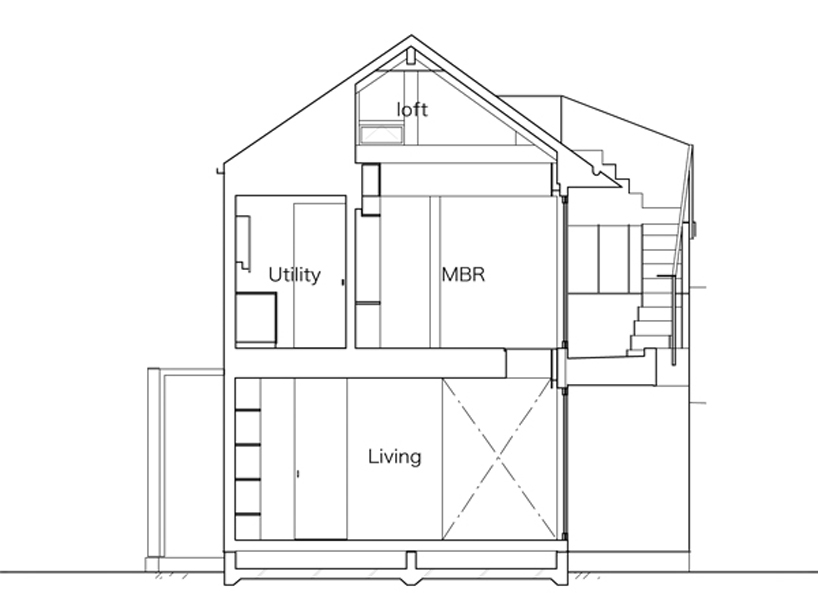 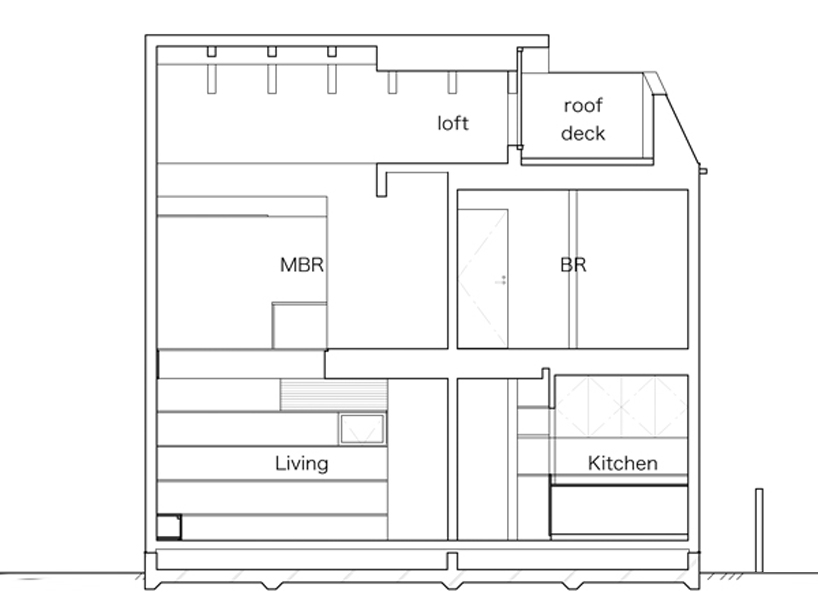 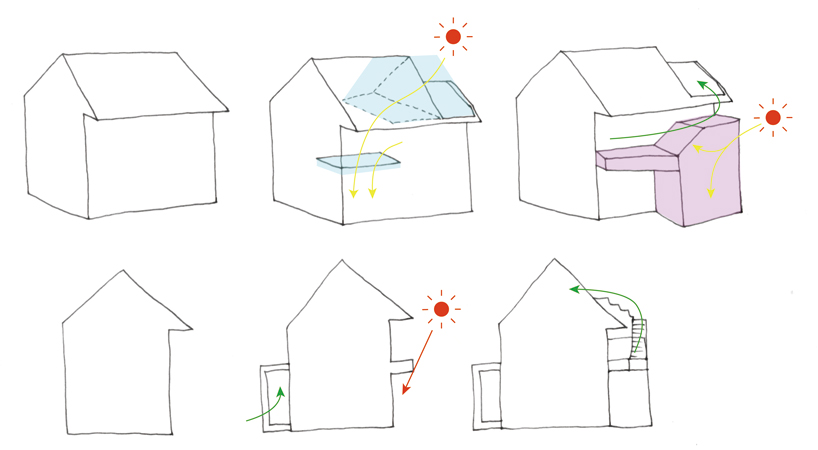 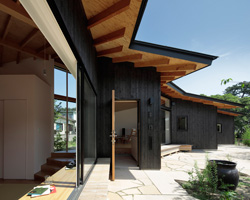 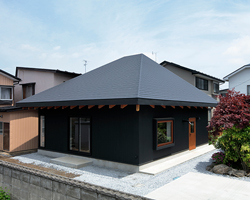 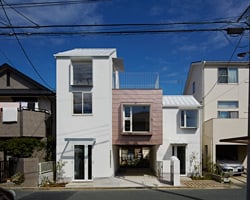 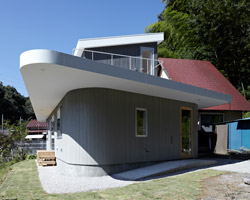