ilaria la manna’s ‘bombix bricks’ project looks at silk as a valid construction and structural material to be used within architecture. the overall goal would be to create a growing space, which would act as a temporary installation. through time, the morphology of the fabric would be reduced back again to to its initial liquid state, allowing one to restart a different development in their desired location. 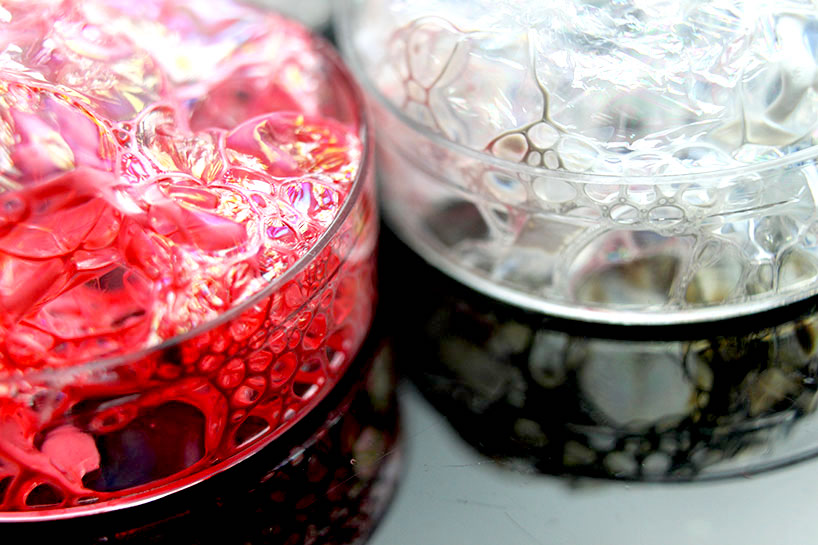 transformation process: from liquid to sponge in a petri dish

ilaria la manna looks at the concept of architecture as a growing fabric which can be controlled and monitored. she states that the ‘the future of the architect is to be able to arrive to any given site with just a machine and a test tube and build spaces.’ this method would reduce the number of materials and machines on site, allowing the natural material instead to work as a growing construction material.

ilaria la manna talks us though the ‘bombix bricks’ method.

‘the process of growing the silk in a public space, will be developed within a glass cube by 2x2x2 m, using a big tube of vacuum pumped on top, which would take out all the air. the floor of the cube would be covered of liquid silk, and for reaction with the subtraction of the air, some giants bubbles with voronoi geometry will start to grow until they will froze in the shape, when the lyophilizer machine will reach the right point. after that, the material would freeze the shape and start to dry . when it is ready, the glass box and the vacuum pump will be removed, the interior space, of a temporary pavilion, are ready to be touched, analysed and explored by the public.’ 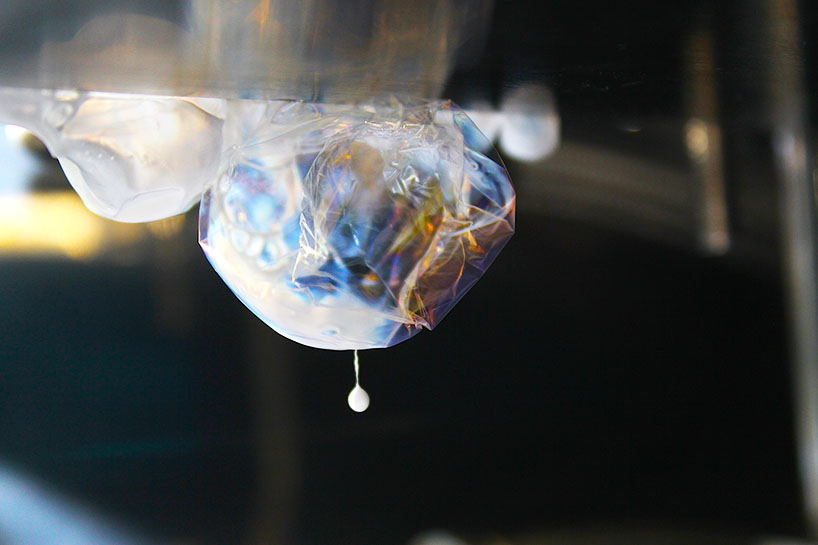 liquid silk as a film texture 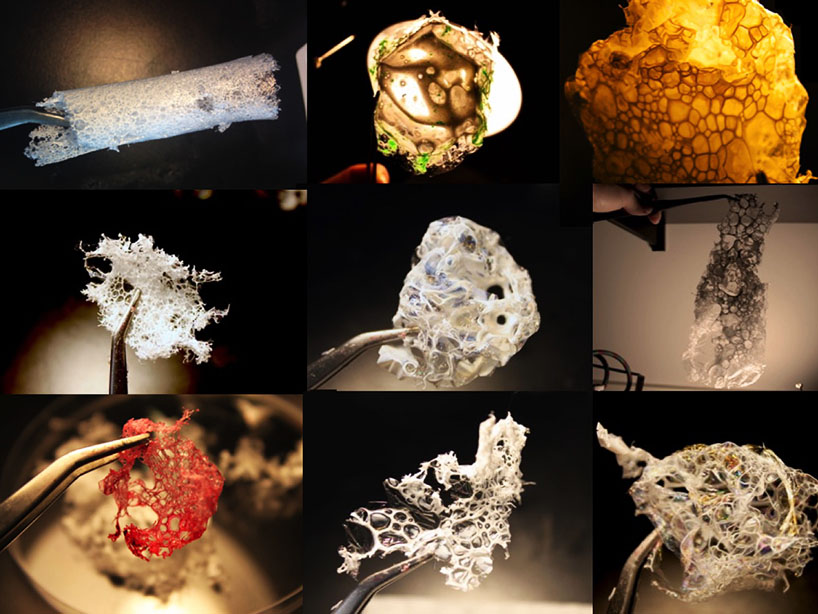 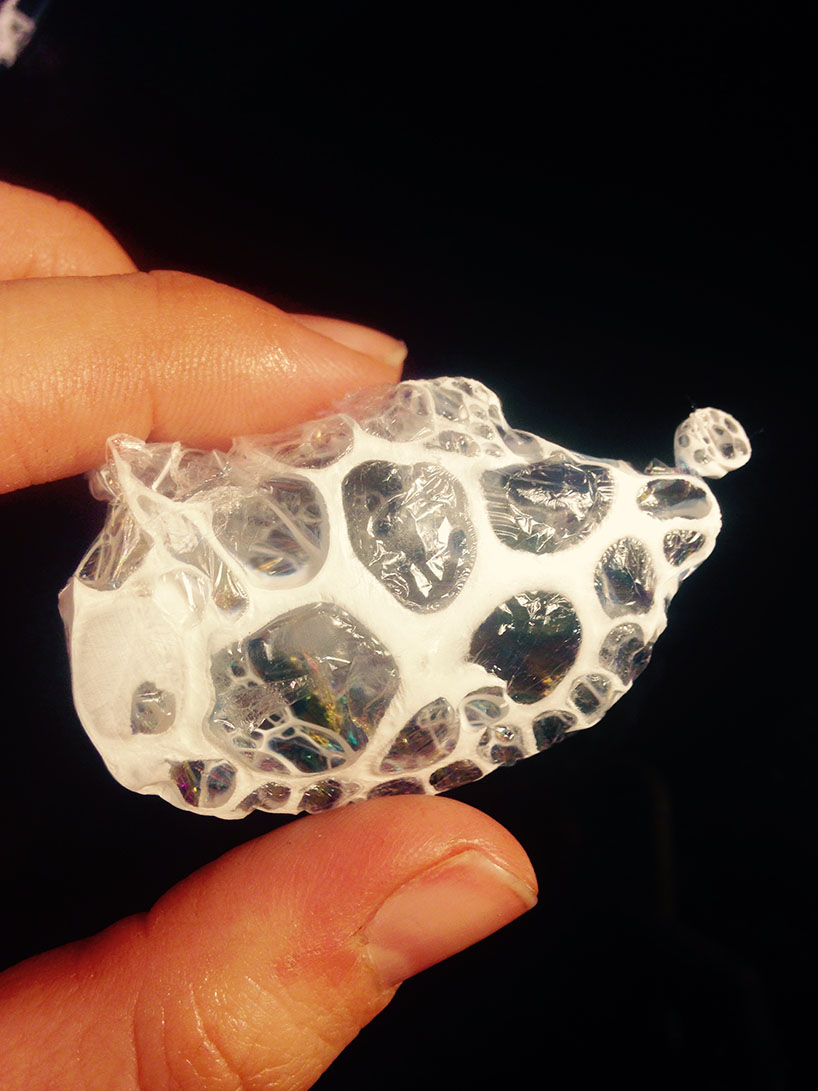 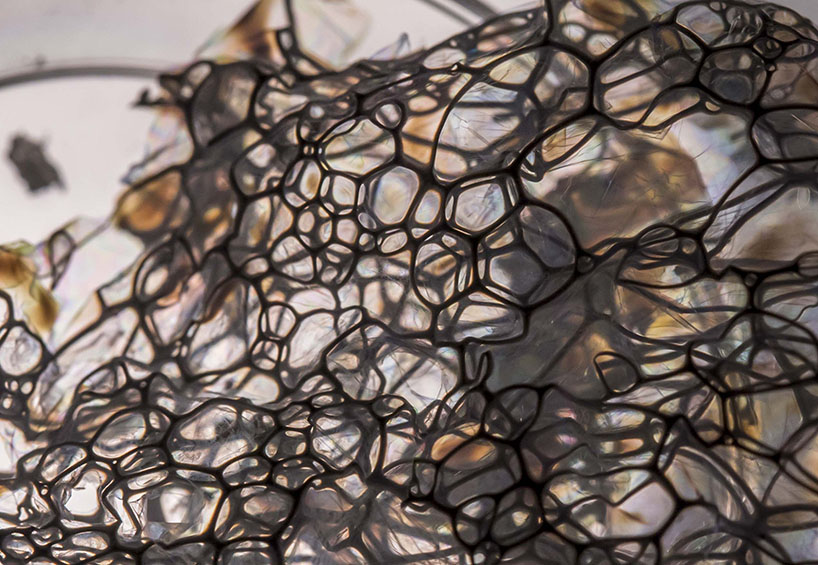 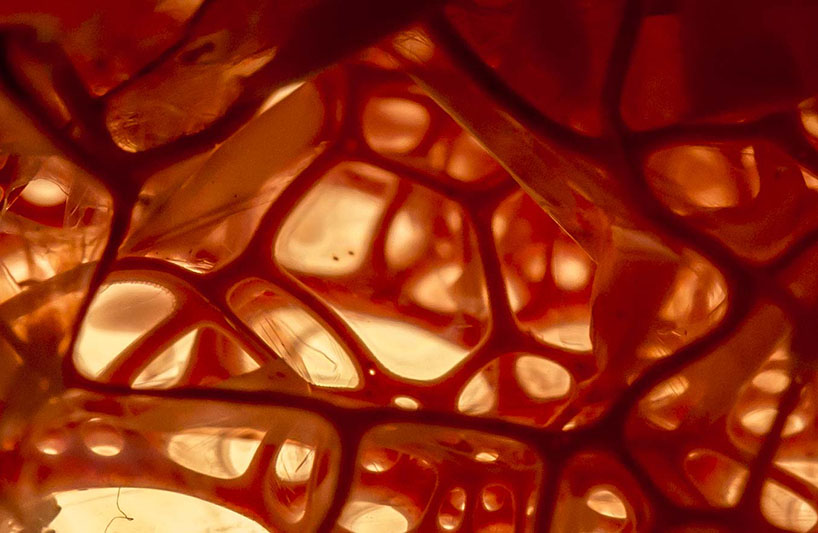 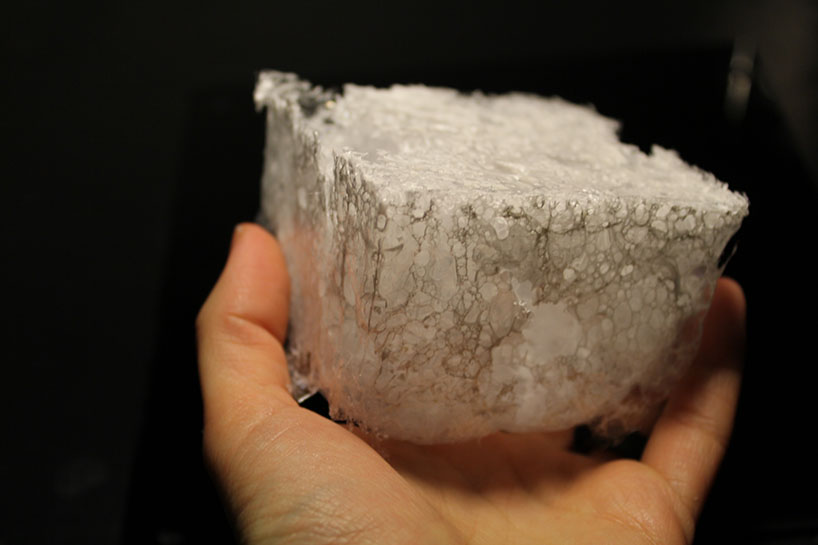 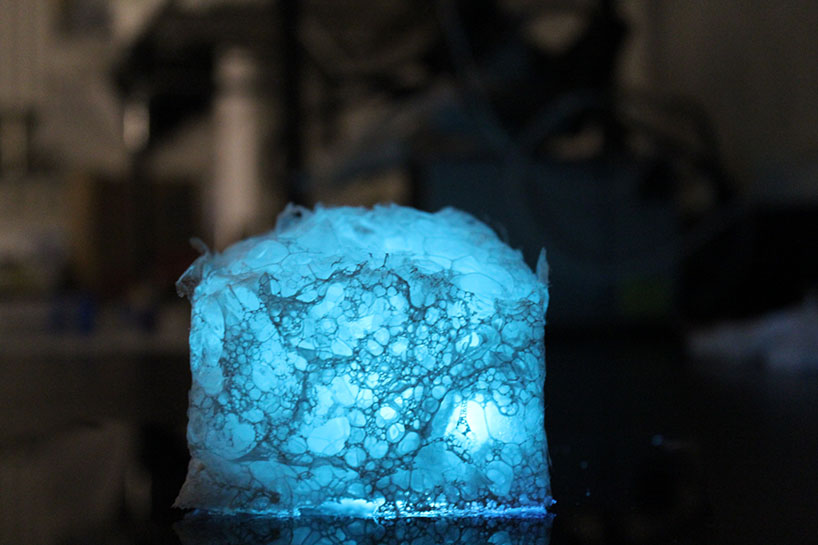 analysis of structures and transparency 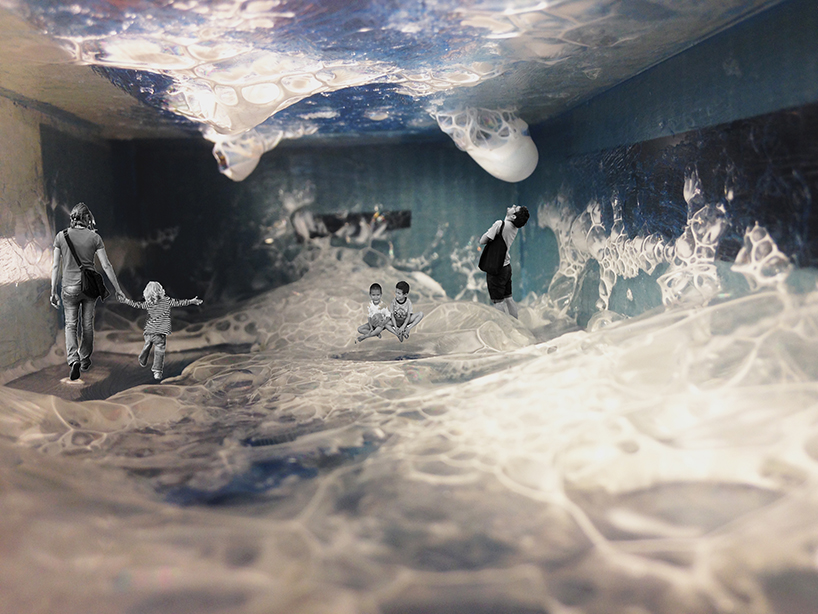 from a nano scale to a macro architecture space 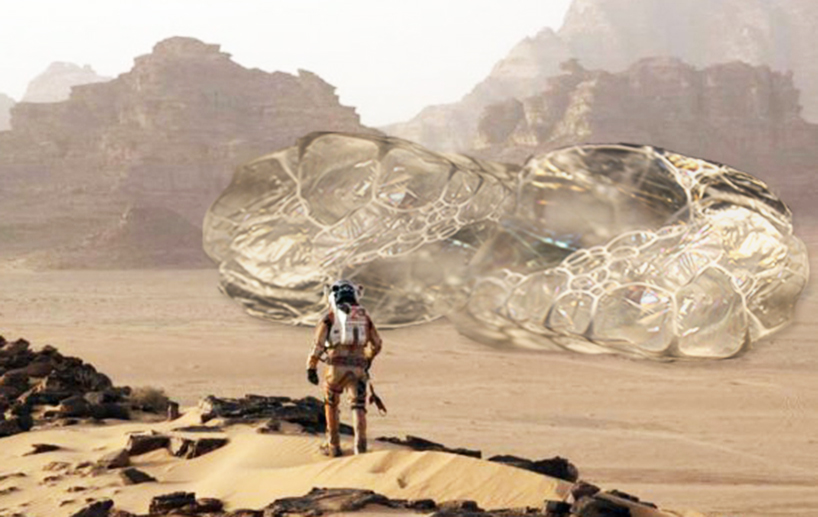 creating a growing structures, with a liquid material that can react on mars as well 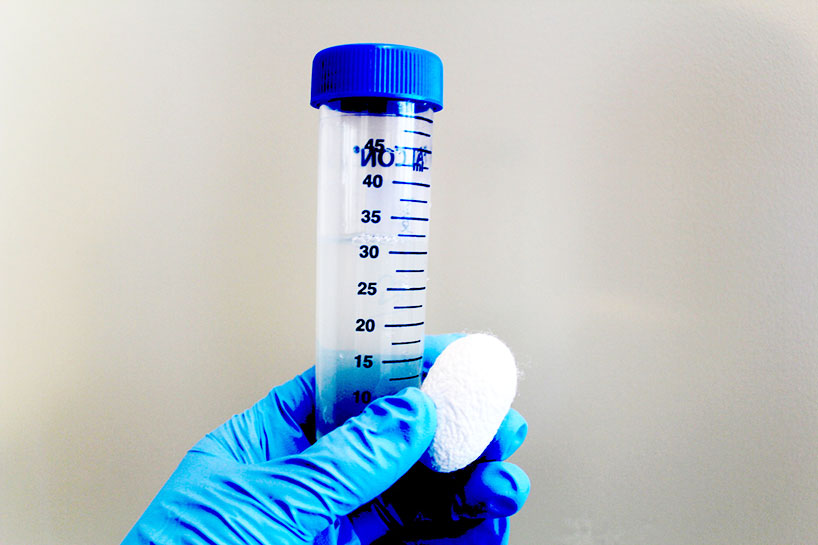