images have emerged of an illegally built corridor in china that precariously connects two highrise apartments. located in the southern chinese city of nanning, the structure links two once separate residences, creating an enlarged property for the use of one private owner. as reported by local press, the steel-framed overpass looks quite incongruous within in the community, with residents doubting if the makeshift walkway will remain in the midst of a typhoon or earthquake. 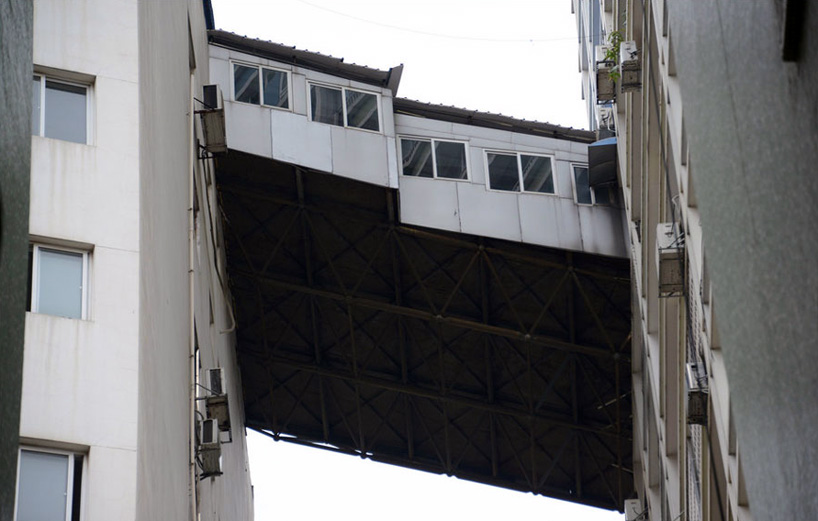 the structure links two once separate residences
image via 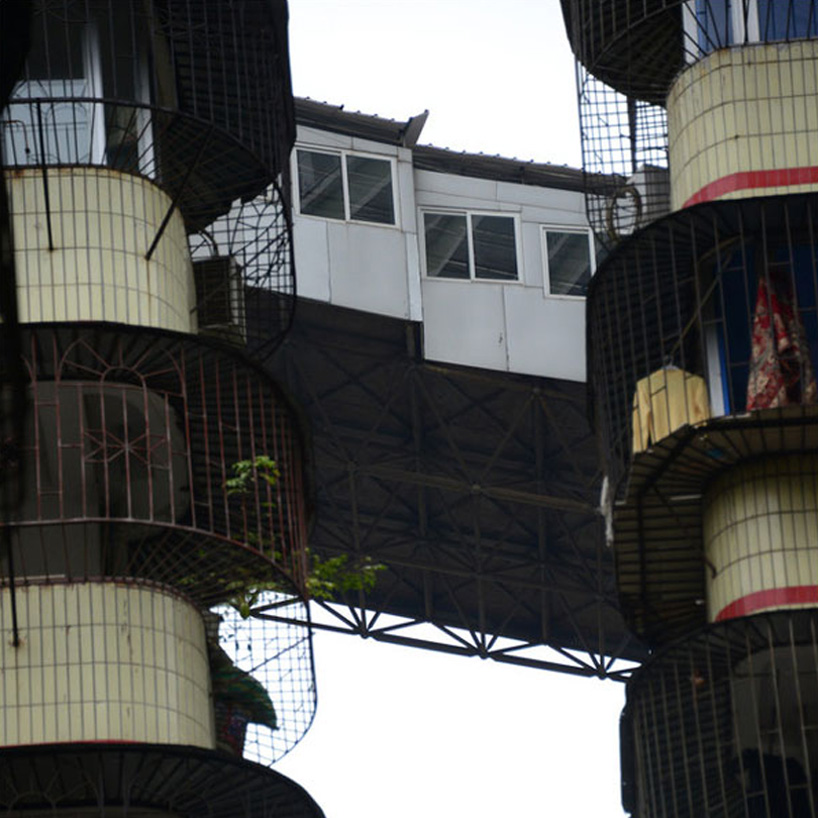