the immediate city: the urban game has new rules! post

the immediate city was an exhibition that was part of the shenzhen hong kong (SZHK) biennale 09. it was developed as an alternative solution to presenting and sharing architectural content about, for, within, from and against the city. the exhibition featured the content of the ‘immediate city’ through different forms of communication: t.v. programs, radio shows, newspaper articles, magazine reports neon signs etc. 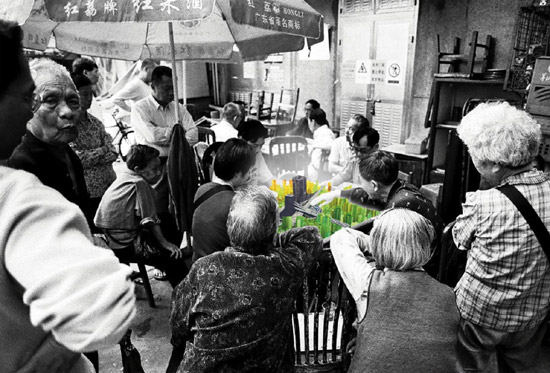 the people of guangzhou discovering ‘ultrastructures’!

the immediate city is a research project focusing on the pre-metropolitan condition of the territory (shenzhen / hong kong) and the increasing speed of its urban development. the project aims to propose a quantum leap of architecture for the city – the minimum amount of architecture involved to activate a city. it aims to be an inquire on the basic physical and organization structures needed for the operation of a society and the development of a city. 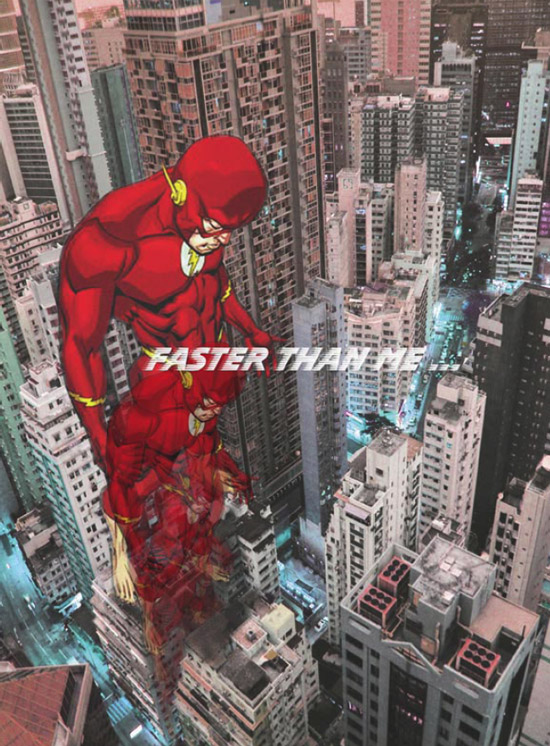 the flash architects – ‘faster than me’

infrastructure facilitates the production and distribution of resources and energy,

thus defining our relationship to the original environment which still surrounds us.

the research aims to interrogate the usual process of planning the city, by upgrading the first

elements that enable and structure any contemporary cities, into elements of foundation

prototypes of buildings based on a city’s direct practical requirements. 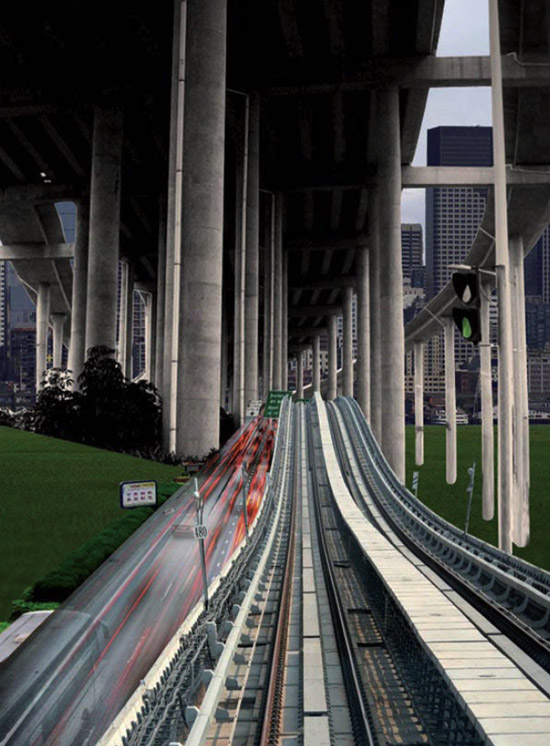 in such an occasion like the biennale, the building is ‘put on stage’ as a polemical object,

a formal, theoretical and practical application of ideas, as an opportunity to provoke reactions

more than literally proposing constructions. projects like the immediate city can be ‘built to react’

and consequently dare to become a form of mobilization within the metropolitan arena. 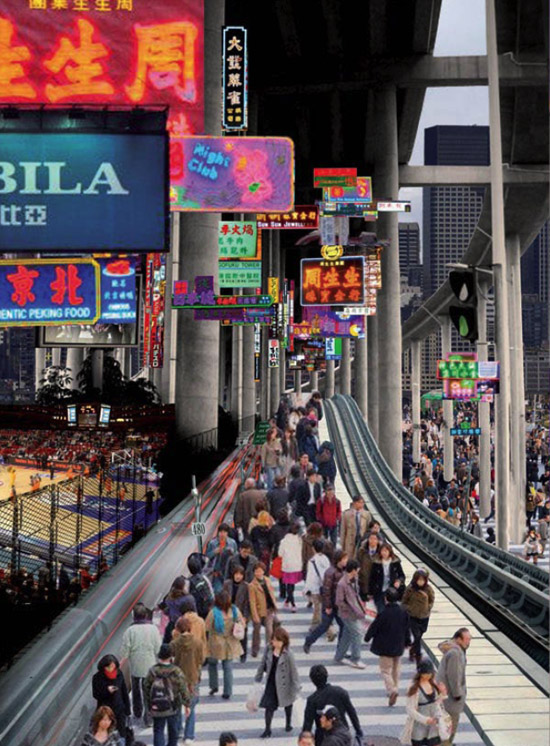 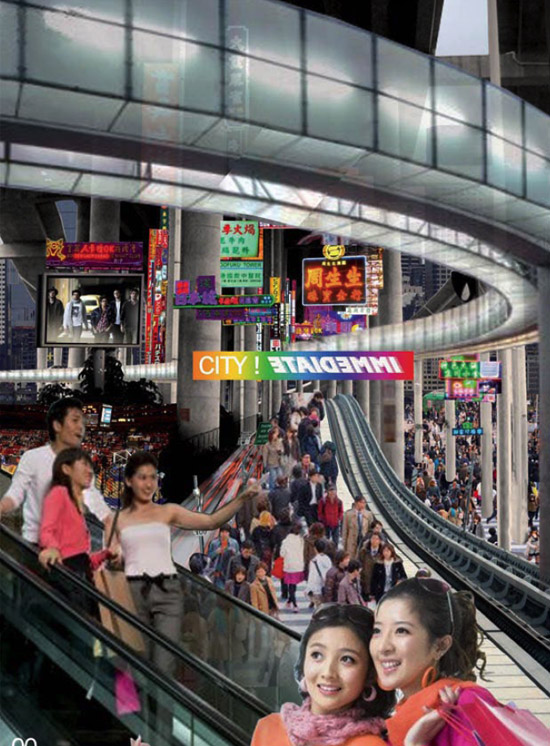 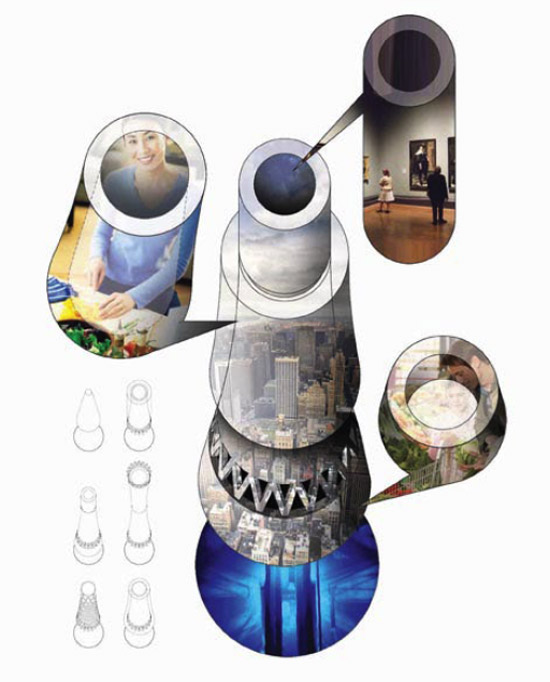 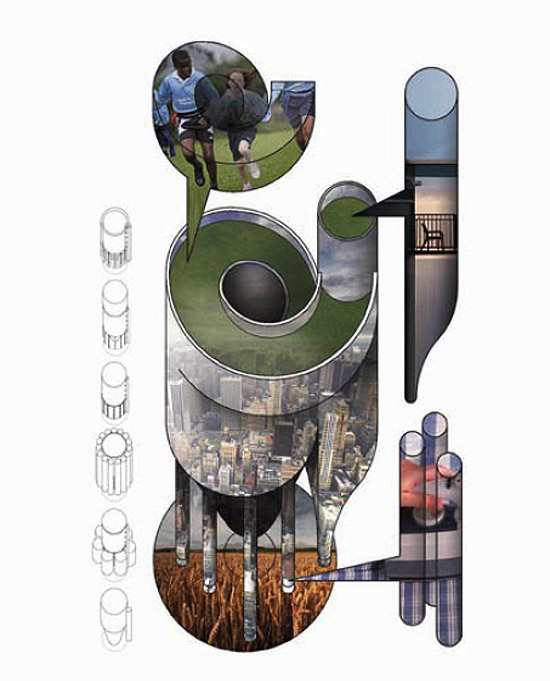 from infra to ultrastructures – ultra silo 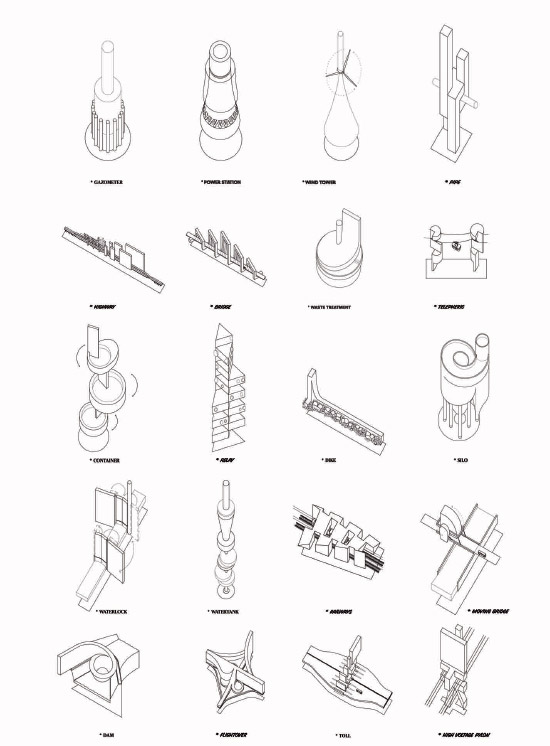 graphic illustrations of the various forms of ‘ultrastructures’