the imperial war museum north in manchester, england was designed by daniel libeskind and completed in 2001. since then the museum has been surrounded by a plain exterior, mainly occupied by a large parking lot. the canal-side building is now planning a newly designed landscape scheme and has collected proposals from leading firms in a competition. they whittled down the entries to five finalists: kla (UK), white arkitekter ab (sweden), patel taylor (UK), topotek 1 (germany) and field operations (US). their submissions are currently on view to the public and a final design should be chosen this march. the competition is being organized by the royal institute of british architects (RIBA) and the final landscape should be complete in 2011. 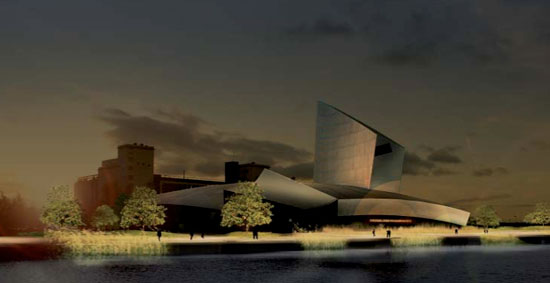 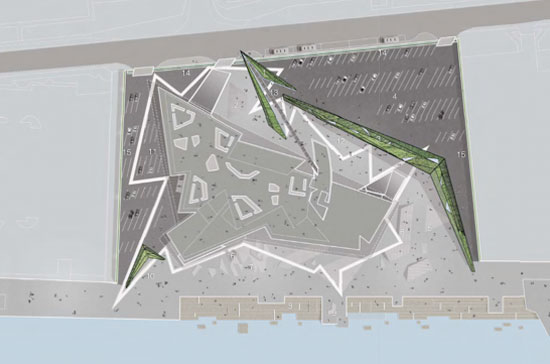