paris-based practice influx_studio has sent us images of ‘urban oasis’, a design proposal for a large-scale public square in manama, bahrain. sidled between the city’s historical urban fabric and the new modern waterfront, the project focuses on providing a metropolitan platform that not only links the two areas together but also encourages pedestrians to meet and stay under a sheltering canopy structure. 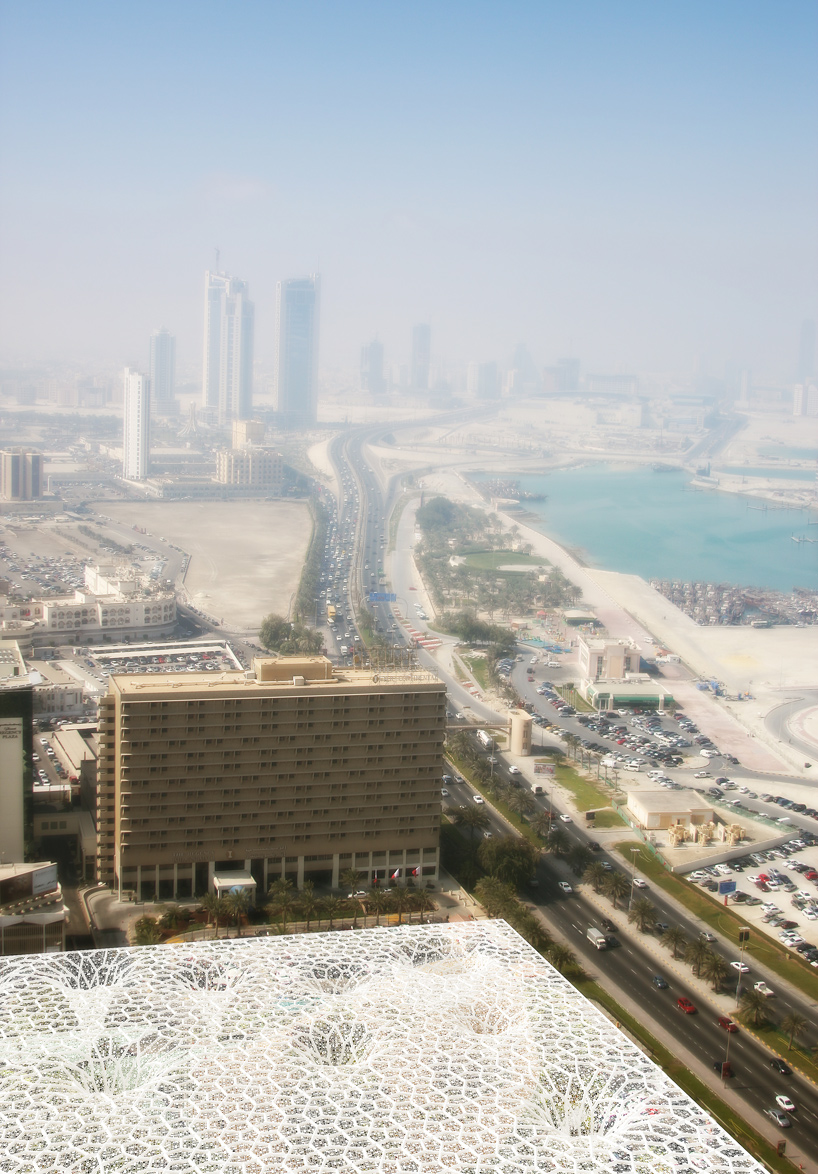 recognizing the country’s rising place within both the middle east and the global economy, the design seeks to define a strong landmark image for the strategic gathering place of manama. the flat surface of the canopy structure is supported by a collection of tree-like pillars that pull away from the roof at various points. sleek yet organic, the translucent shelter provides shade while allowing indirect daylight from the north penetrate on to the deck level. street-level traffic and congestion is relieved by an underground by-pass and parking which enhances pedestrian circulation and east-west connectivity. 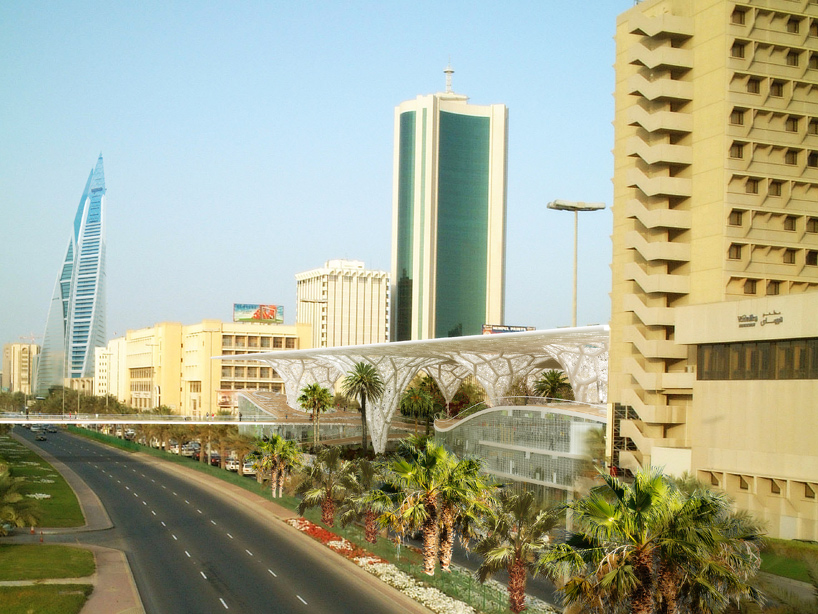 remaining open to the site on all four sides, the design utilizes passive strategies for cooling and shading. the expansive canopy structure features an integrated photovoltaic system that simultaneously block out direct sunlight to minimize overheating.

under the canopy shelter, the square is defined and expressed in layers: a softly undulating terrace wraps around seven circular sunken gardens which showcase the world’s vegetal biomes. a series of shaded calm zones are offered long the garden patios, allowing for more intimate functions and gatherings. the proposal also introduces an ‘all-day program core structure’, a new integrated system that identifies strategic programmatic overlaps between the square’s functions to amplify their potentials. 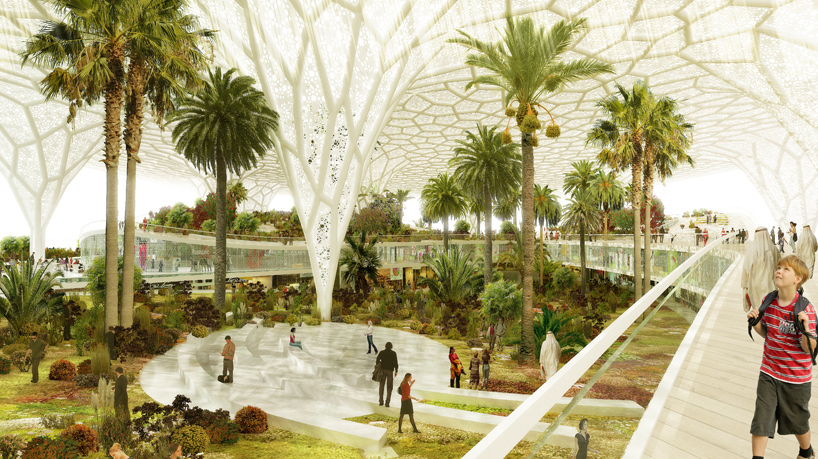 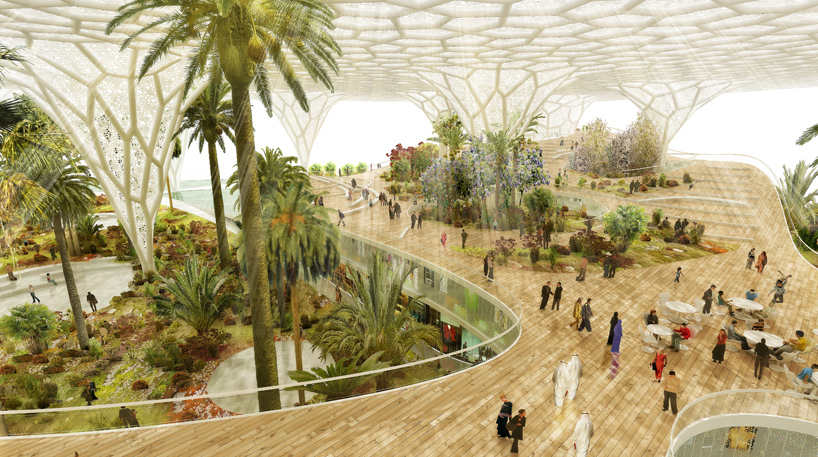 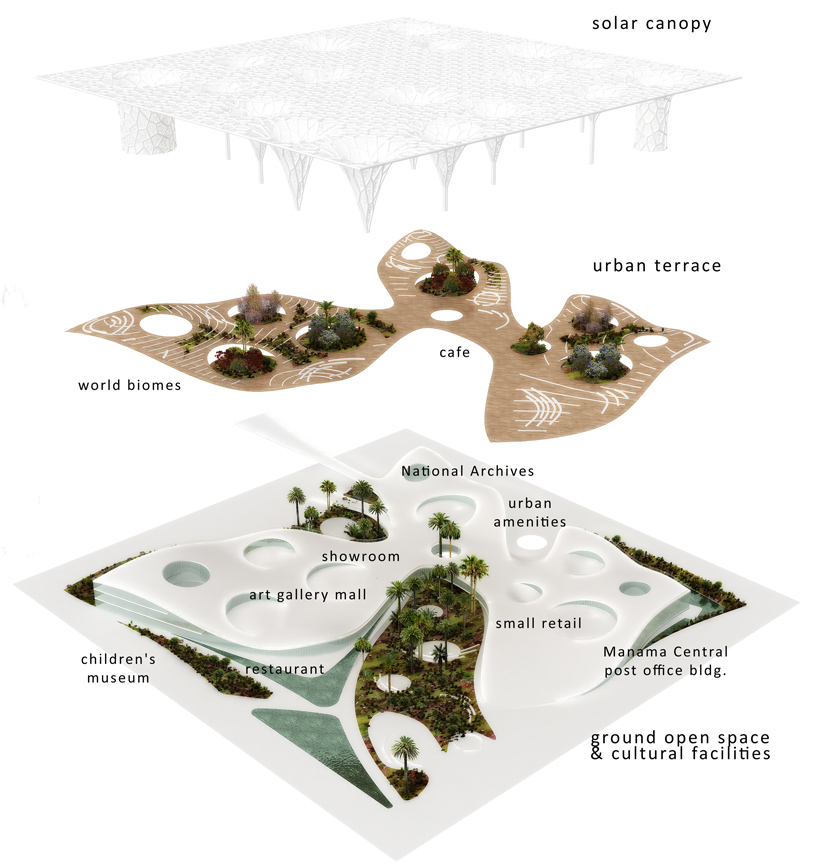 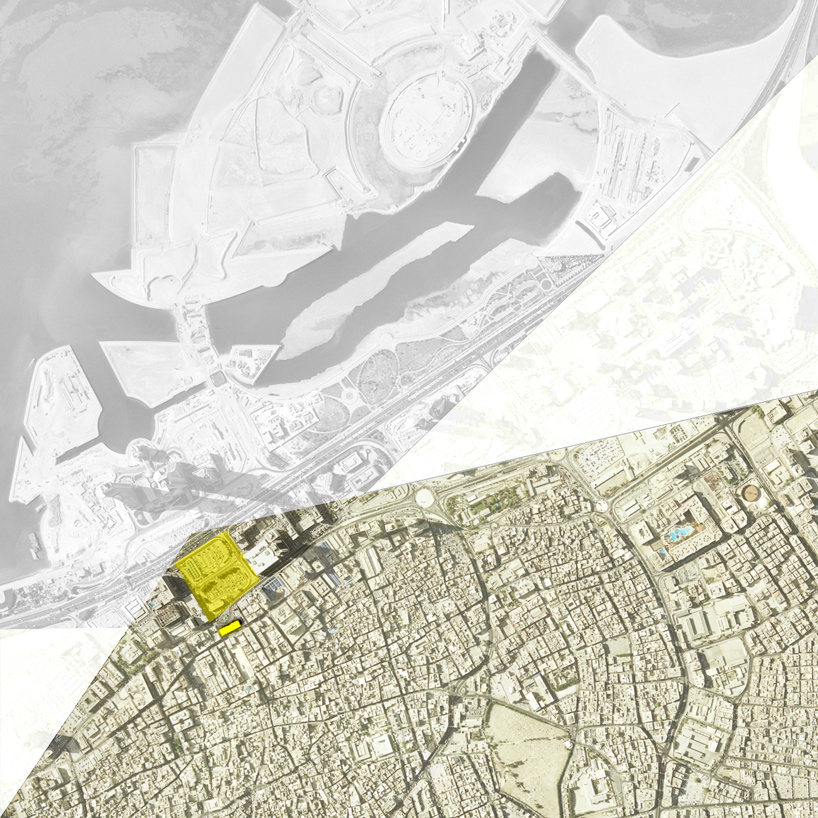 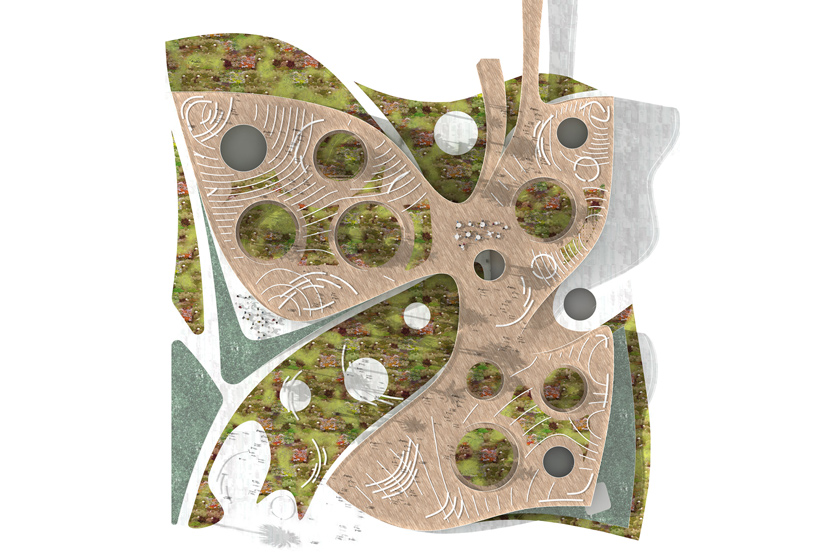 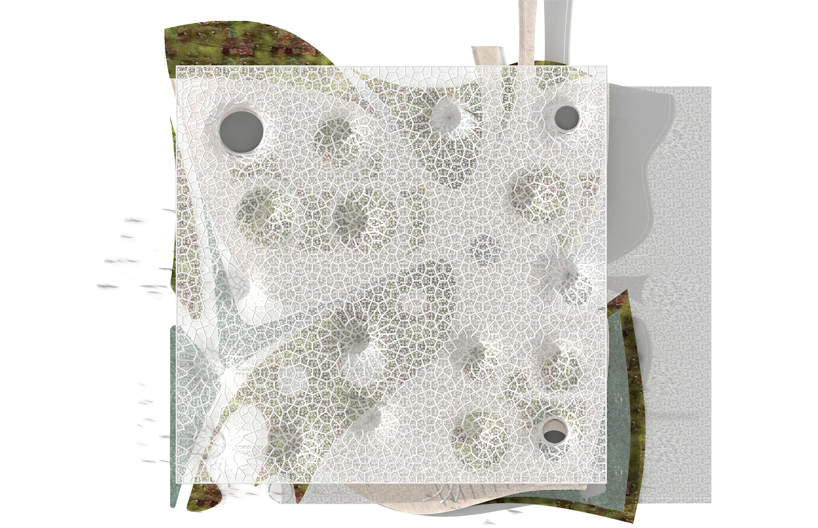