german practice ingenhoven architects has presented plans to strategically reconfigure the northern part of düsseldorf’s city center, which until recently, was dominated by an elevated road. after it was replaced by an underground tunnel, a new sense of openness and visibility revealed some of the city’s famous buildings. the curvy ‘schauspielhaus theater’ by bernhard pfau and the elegant ‘dreischeibenhaus’ office tower by hentrich, petschnigg & partner are distinctive structures from the 1960s that regained visibility.

in 2014, ingenhoven architects won an international urban design competition with ‘kö-bogen 2’ a proposal situated between gustaf-gründgens-plaza, the schadowstrasse shopping street and the new jan-wellem-plaza. the scheme mediates between the heights of the district’s existing buildings. 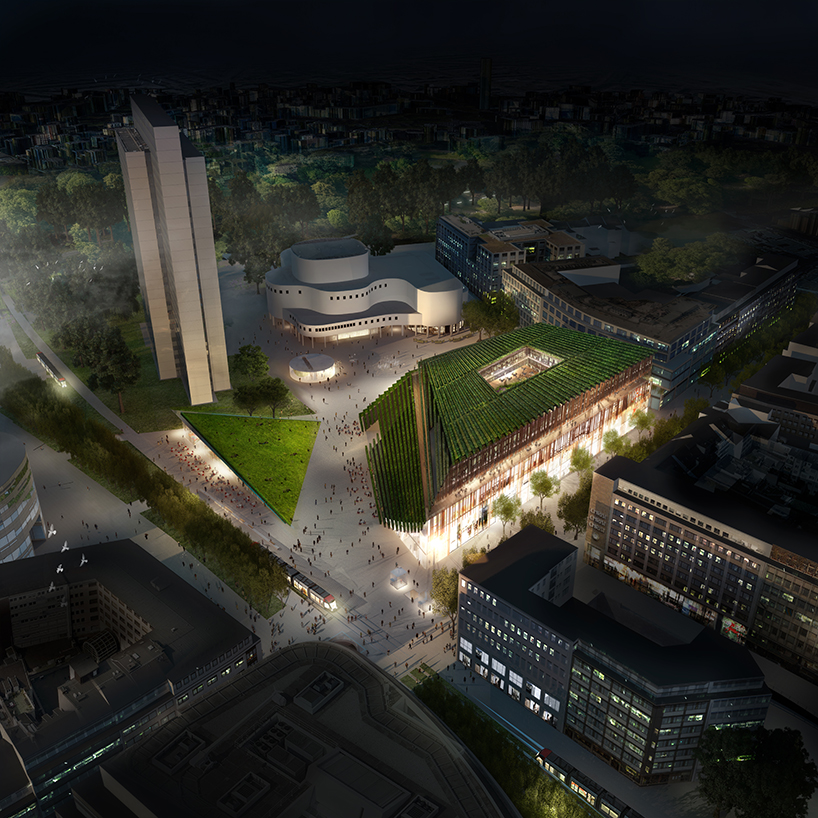 towards the hofgarten park and the theater, stepped green façades will feature hedges across the entire building’s height and its sloped roof. the almost four kilometers of hedges that cover the elevations and roof consist of a robust, local species, the hornbeam, commonly found in parks of the region. this vertical park is not merely something to look at, but can be experienced spatially. the expansive vegetation serves as a cold air reservoir and provides clean and moist air, countering the urban heat island effect. it will provide shade for the façades and act as a natural wind barrier at the foot of the nearby tower. apart from the positive effect on the micro-climate, the natural, ever changing façade shows the four distinct seasons in germany and brings nature into the city. 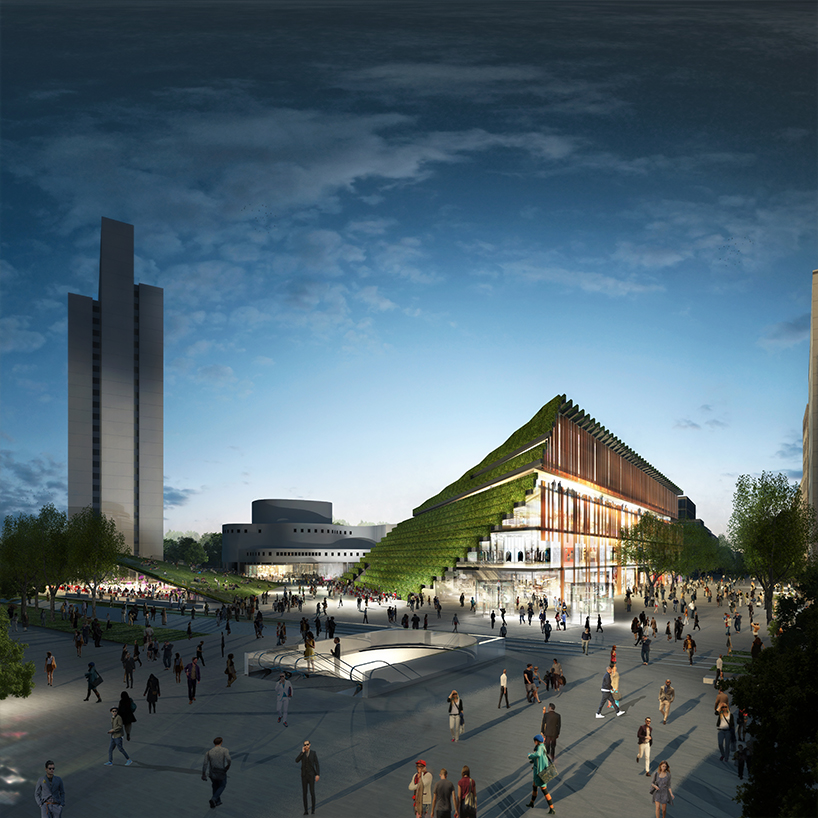 the western edge is gently sloped and covered with grass to create continuity with the adjacent park, while the roof will become a public place for meeting, sunbathing and relaxation. towards the adjacent hofgarten park, the roof rises up to a height of 10 meters. a food market will feature restaurants and gourmet shops inside and outside of the new building. a valley-like axis connects the two public squares in front of the nearby theater, while the ‘dreischeiben’ tower and the ‘schauspielhaus theater’ will be framed and gain new vistas. the gustaf-gründgens-plaza will visually become part of the hofgarten park, converting the theater square into a stage for urban public life. 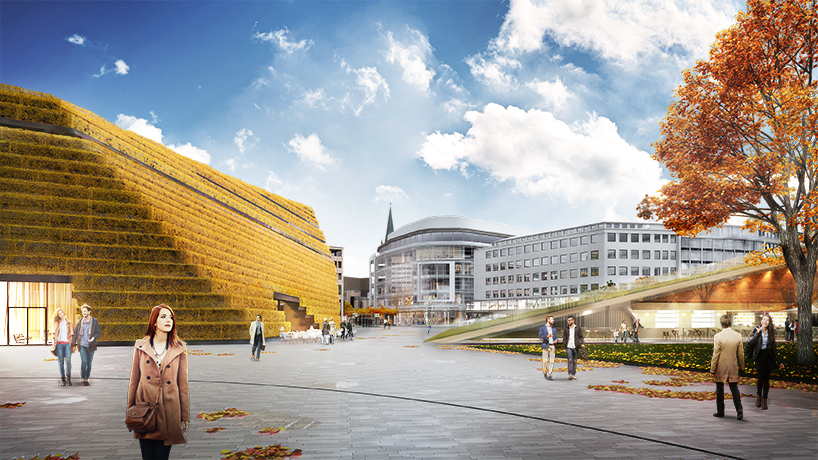 planting on the façades as it appears in autumn 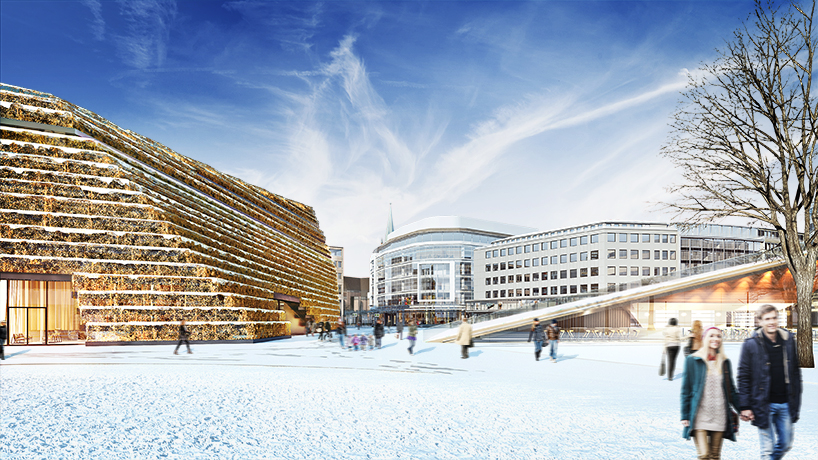 Jul 11, 2016
mixed-use marina one complex by ingenhoven architects tops out in singapore 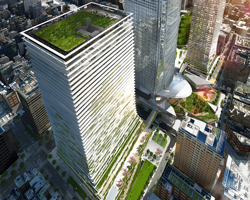 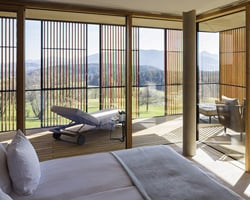 May 11, 2021
EFFEKT to present 'naturbyen' nature village at the venice architecture biennale 2021
'we need to rethink the way we live together on this planet – not only as humans, but across all species and ecosystems,' the architects tell designboom.
architecture
387 shares
connections: +2020