australian firm innovarchi has recently completed the ‘balmain archive’, a functional update to a cottage in the sydney suburb of balmain, australia. after analysis of the context of traditional forms and building codes within the area, a strategy was developed to interpret the decreasing volumes of existing additions found on homes in a contemporary manner. dwellers first pass through the formal arrangement of the original dwelling and continue towards the rear of the property to find the informal and relaxed living spaces contained within a copper-clad structure.

wrapping the interior rooms, the canopy’s shape is derived from the triangular shapes found in hipped roofs. positioned to create privacy from the neighbors along the southern edge of the site, the geometric shell only opens along the northern elevation to overlook the garden planted with native vegetation. the opening within the facade allows for passive heating during winter while skylights introduce natural illumination throughout the year. 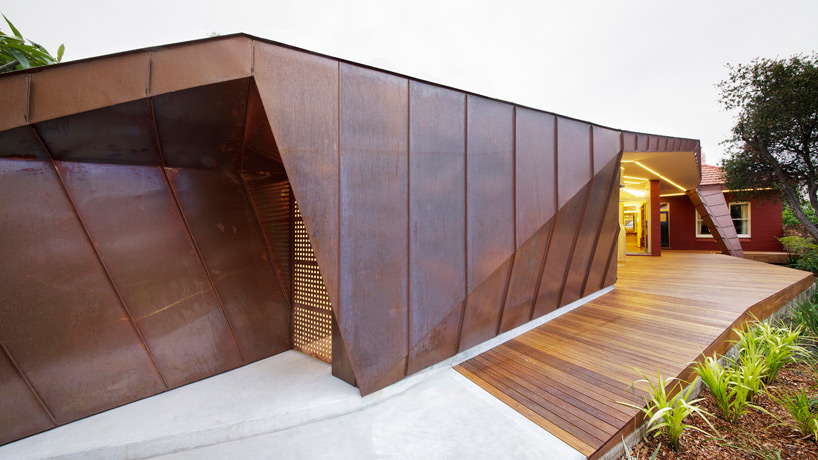 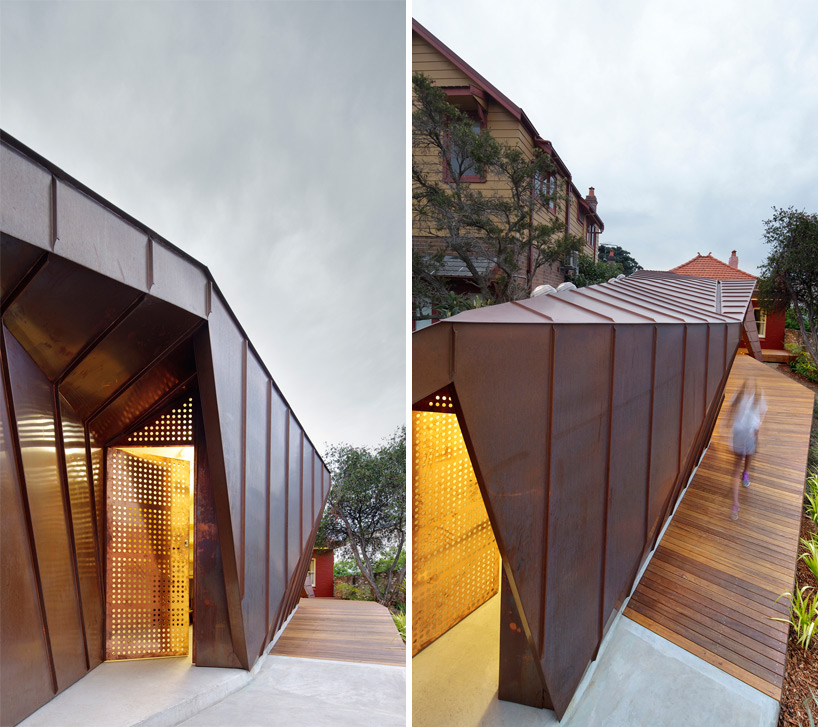 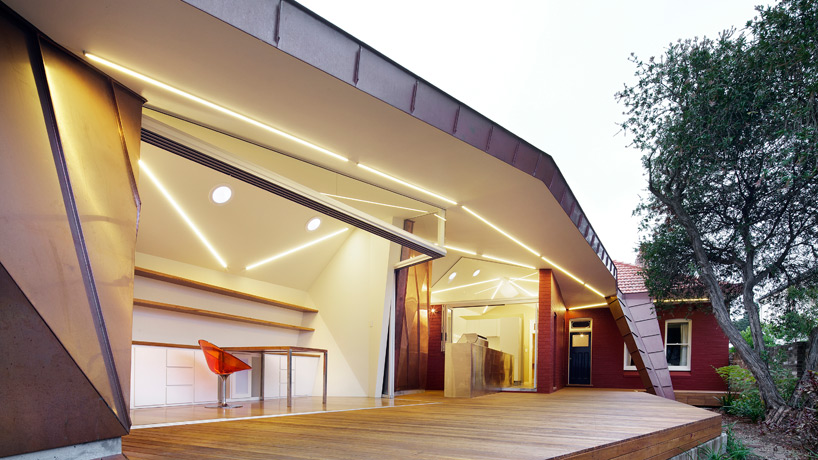 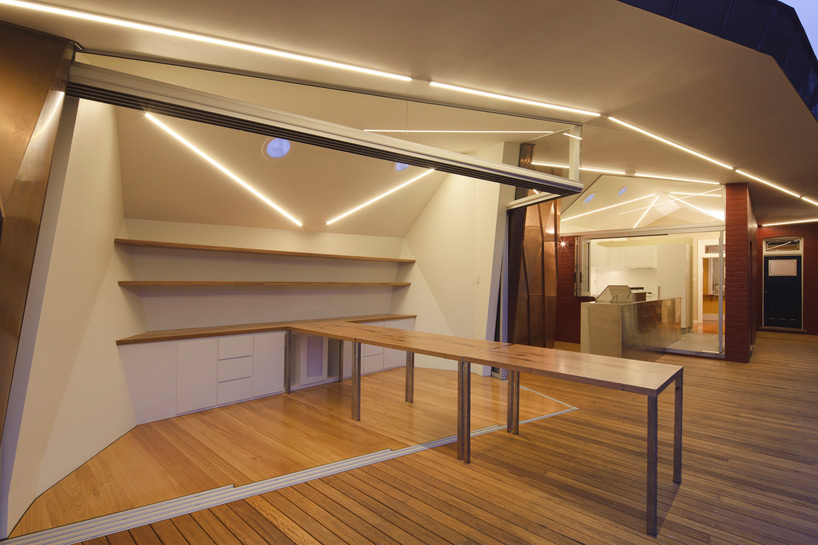 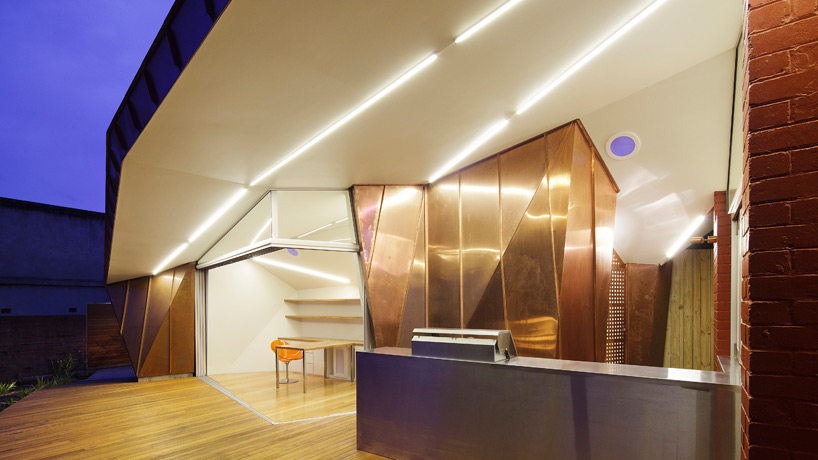 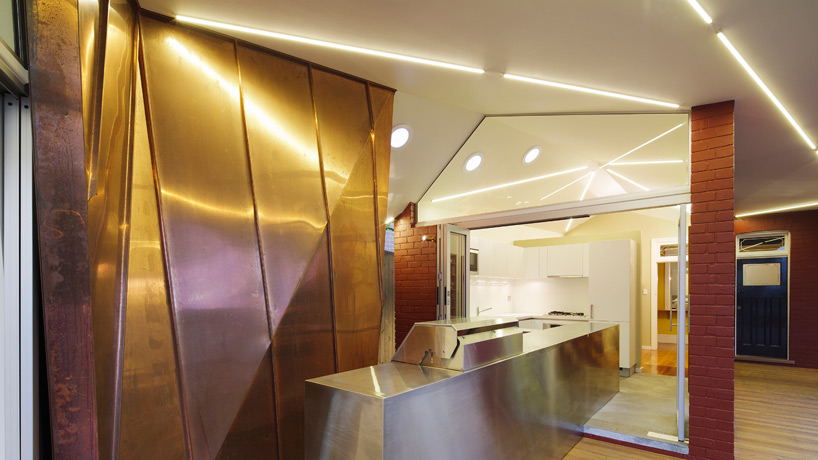 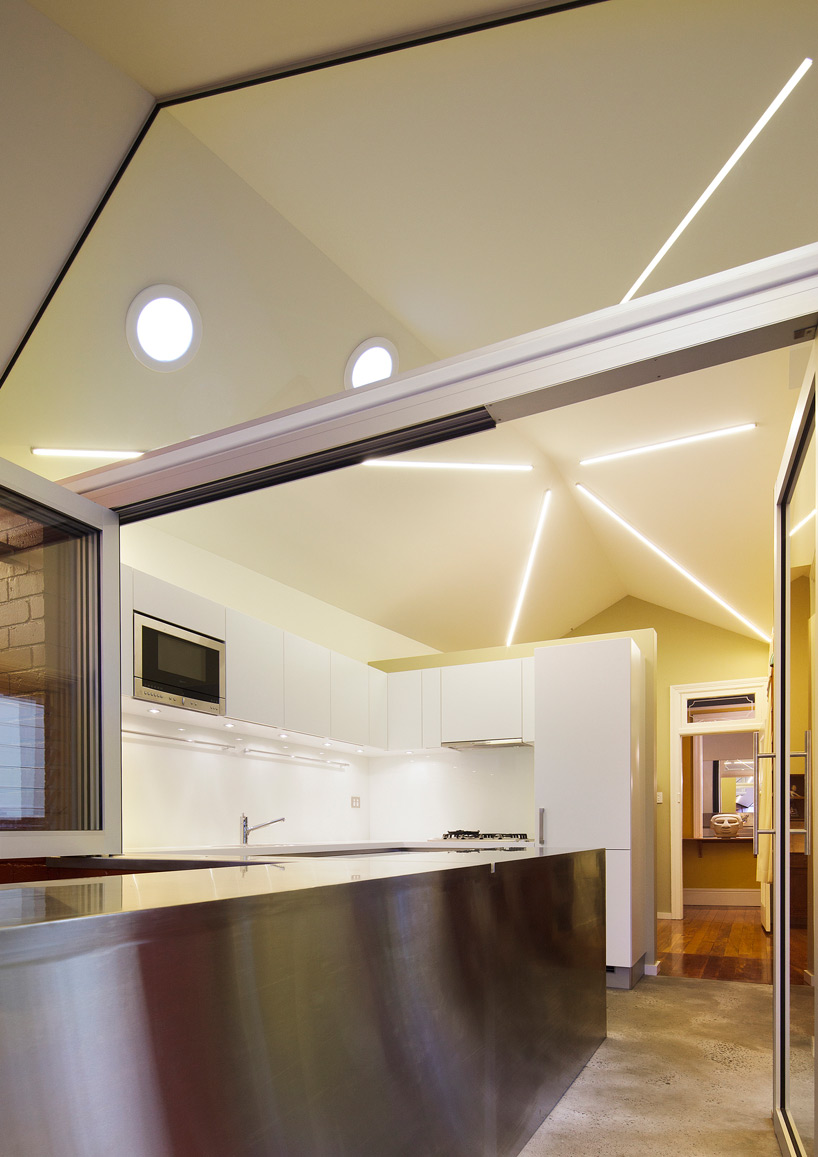 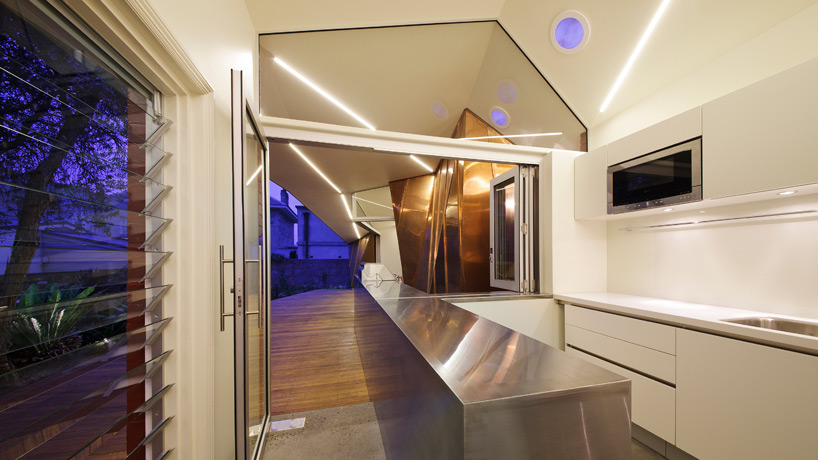 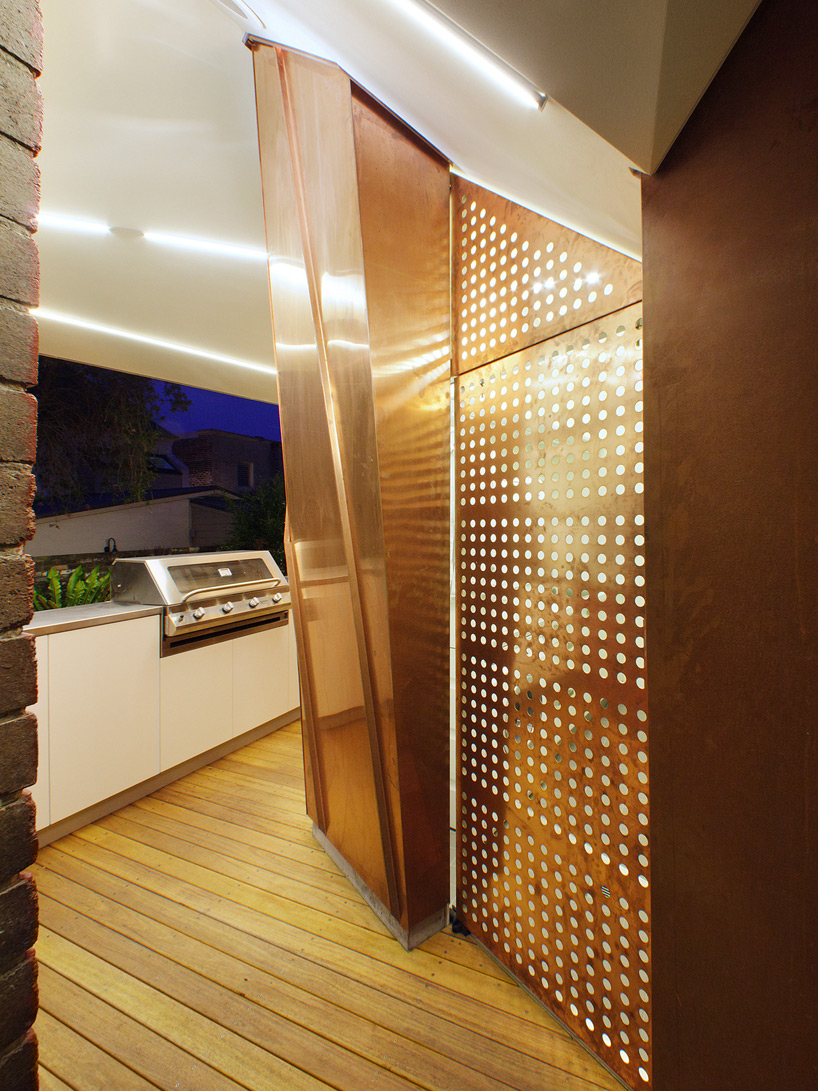 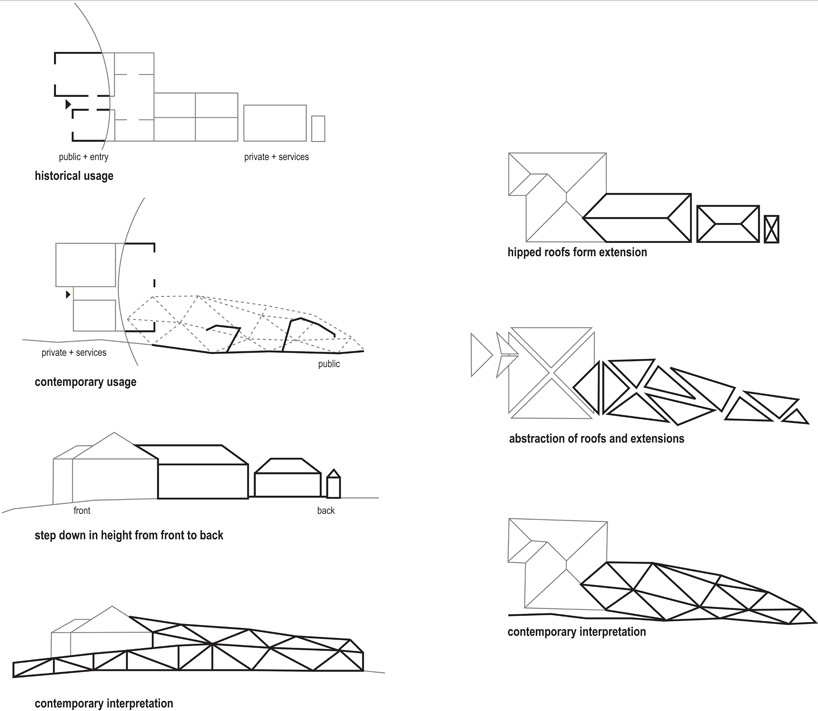 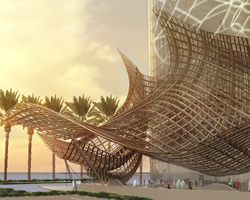