as the main stadium for the 2010 world cup, soccer city in johannesburg played host to the opening ceremonies, a number of matches and the final game. the building was designed by one of south africa’s largest design studios, boogertman and partners with collaboration from populous.  designboom was given a personal tour of the facility by gavin tucker, senior architect with boogertman and partners. this tour shed light on the story behind the design and how the building measured up during its major debut.

the design of the stadium began with a variety of local inspirations. the architects looked to the kgotla tree, a public meeting point in african culture, the form of the mine dumps which dot the city of johannesburg and traditional african bowls. after working on concepts, the idea of the african bowl or calabash was selected and further developed. the pot metaphor was also fitting because of south africa’s melting pot of cultures.

early iterations of the design took the calabash motif very literally, cladding the stadium with graphics that might appear on such bowls, but this slowly evolved into a façade composed of different coloured tiles. the tiles are made from a thin pre-cast cement fibre board that is coloured to match the surrounding landscape and arranged randomly. the colours selected are darkest on the bottom and lighter on top to mimic a pot sitting on a fire. there are eight different colours and two textures in all.

the façade is dotted with openings that provide ventilation for the interior. above the apex of the building’s curve these openings become windows to provide shelter from water. besides these, there are 10 lines of windows which continue through to the interior as gray lines on the seats. each line points in the direction of one of the other stadiums in africa used to host world cup 2010 and one points to berlin, host of the 2006 world cup final. the scores from the matches played in each stadium will soon be displayed on these lines.

on the field we looked at the sprig pitch was grown from seed on site, providing players with a very solid surface to play. looking on, the stadium holds 88,958 fans, the highest for an all-seater stadium world cup host.

the building relies on 12 pillars which provide structure and route service between the levels. above this is a cross structure which helps support the façade and the cantilevered roof. the stadium facing membrane is transparent while the upper, ridged membrane is a solid rain-proof material. despite its iconic design, the new soccer city was actually built around the existing fnb stadium, which has played a historical role in the city’s history.

while the stadium served as an excellent host to the world cup, the project is still in process. besides the small details which have yet to be completed, the land surrounding the stadium may be developed for use as housing, retail or other programming. 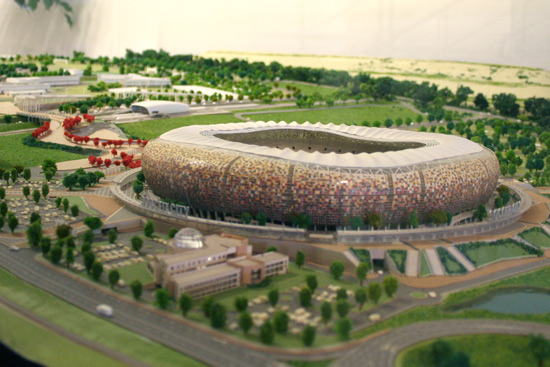 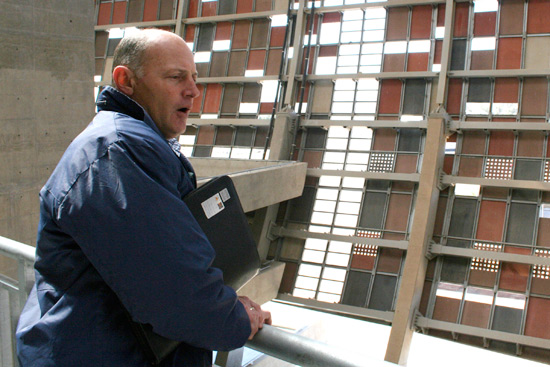 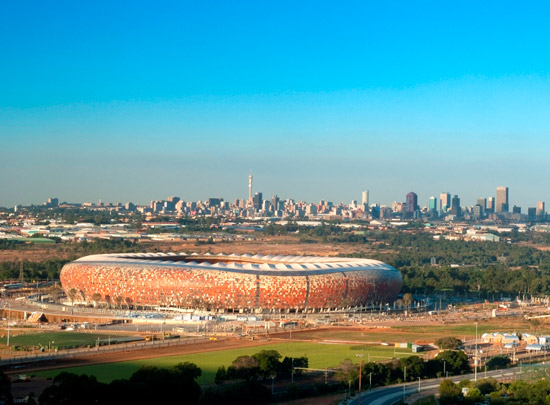 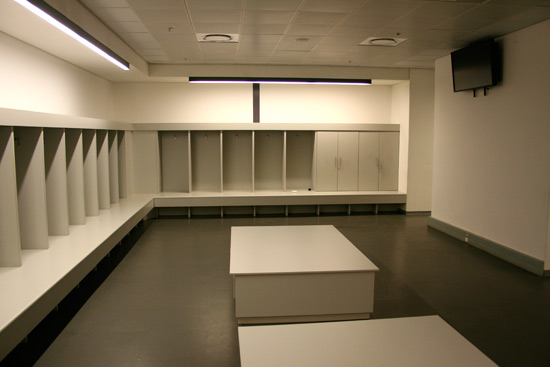 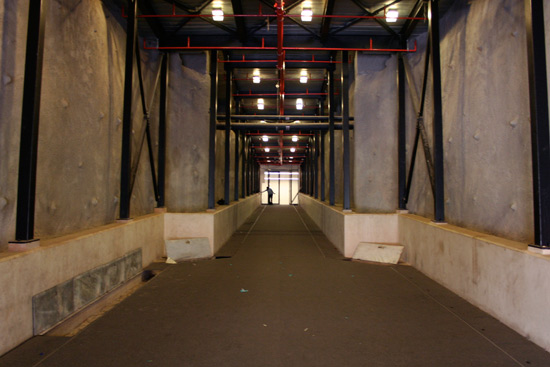 looking up the ramp which led players onto the field. the design is based on a mine shaft image © designboom 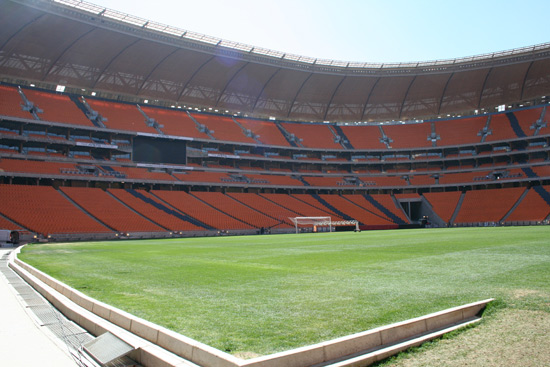 the sprig pitch field from the player’s level image © designboom 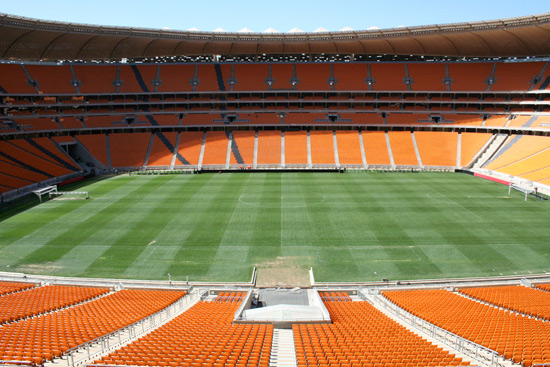 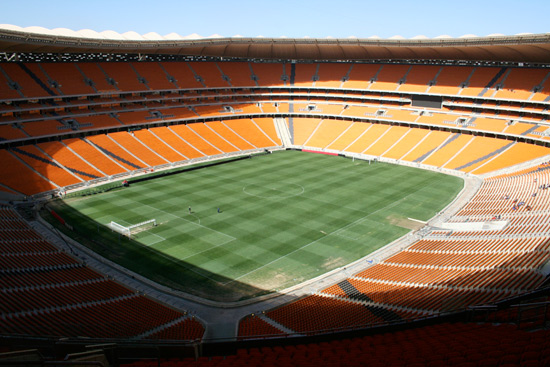 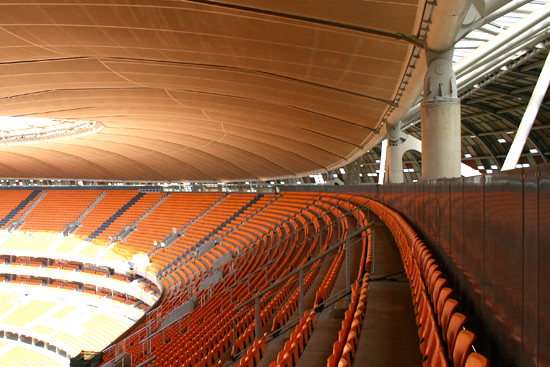 the top level of seats and cantilevered overhang image © designboom 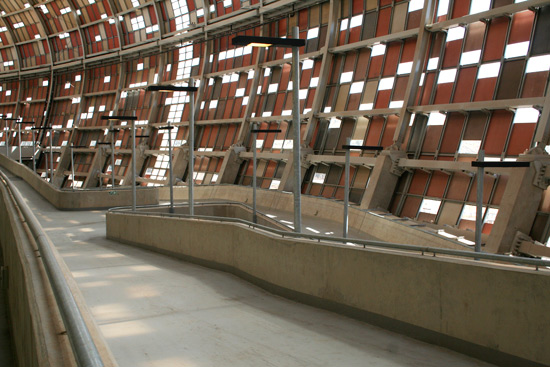 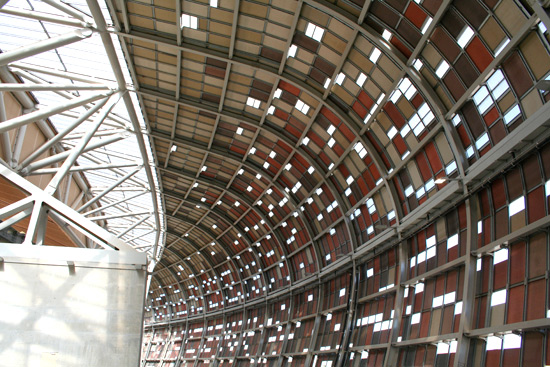 inside the facade of soccer city image © designboom 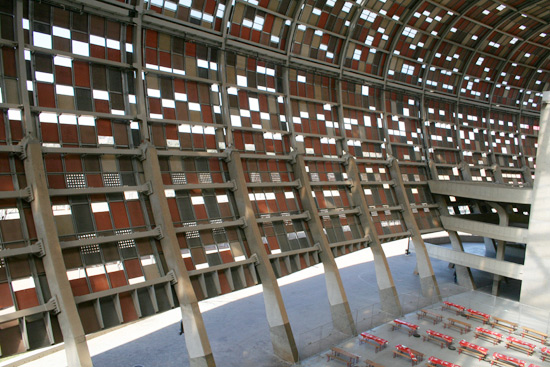 from the ground to the top of the façade image © designboom 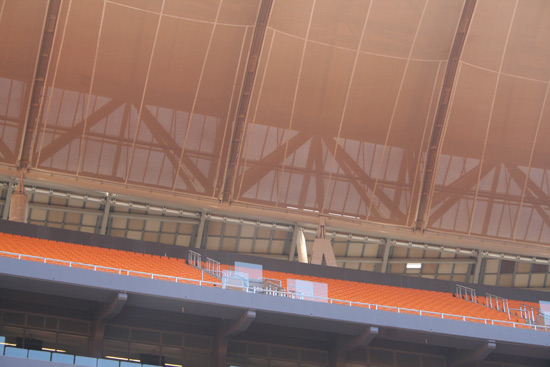 looking at the metal structure through the membrane image © designboom 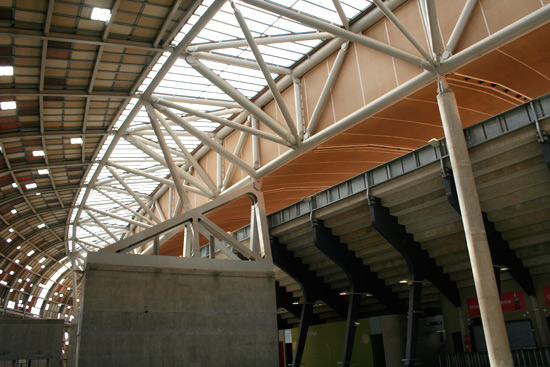 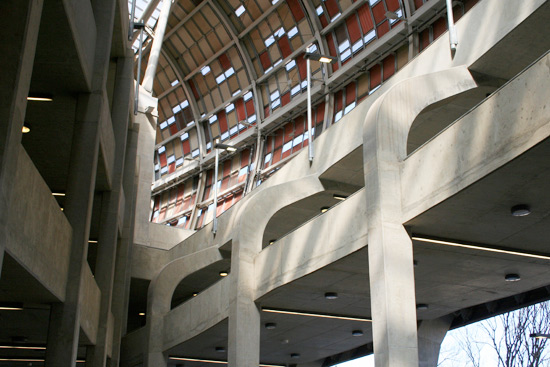 ramps inside the stadium image © designboom 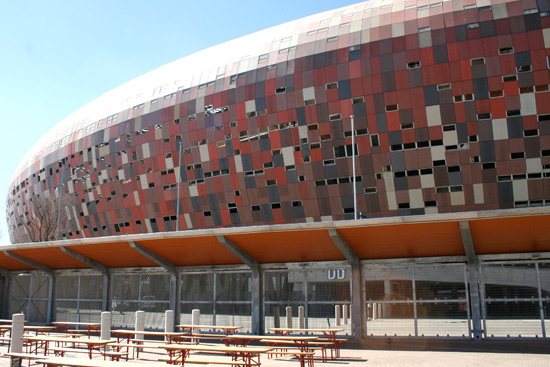 the outside of the stadium image © designboom 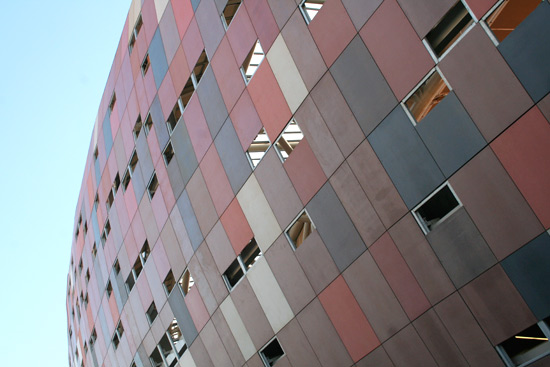 looking through the openings in the façade image © designboom 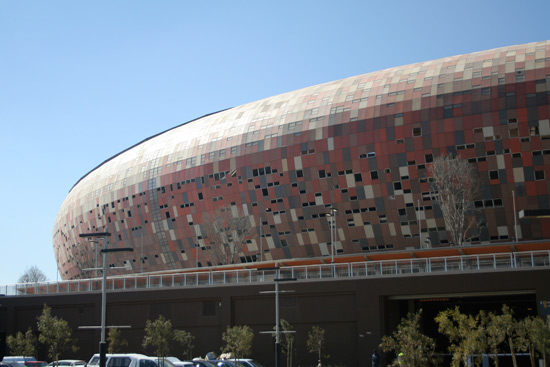 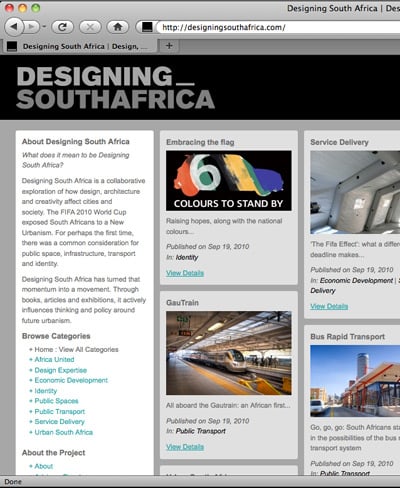 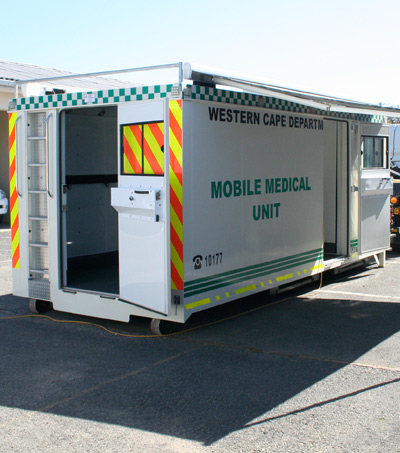 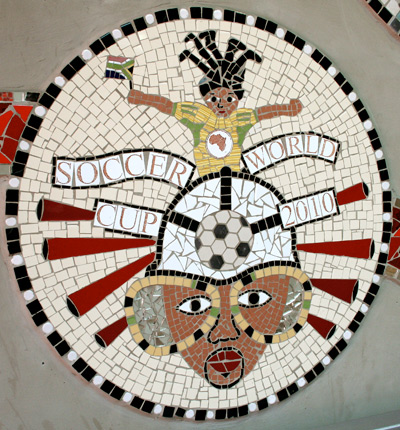 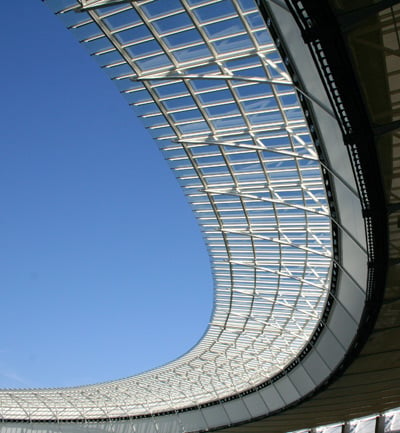