Friedman Benda presents an exhibition of drawings by the late visionary architect Lebbeus Woods in its Los Angeles gallery. On view until February 4, ‘Lebbeus Woods, Ecologies, 1984-1990’ brings together three building projects that illustrate Woods’s sweeping and radical vision of what architecture could be. The show offers an opportunity to cross-reference three drawing series created between 1984-1990: Epicyclarium (1984-5); Solohouse (1988-89); and Aliens (1990).

In these works, Woods presents a cache of ideas so radical and prescient that even today, works that are over 30 years old, offer students, architects, and thinkers all over the world, a never-ending springboard for architectural imagination. Using a vast breadth of narrative, romantic, axiometric, schematic, or completely abstract visuals, Woods envisions an architecture that responds to society and within which society could engage in limitless possibilities. ‘The notion of architecture as a method with which to uncover and reorder society for the common good, runs throughout,’ Jennifer Olshin, partner of Friedman Benda and curator of the exhibition, tells designboom. 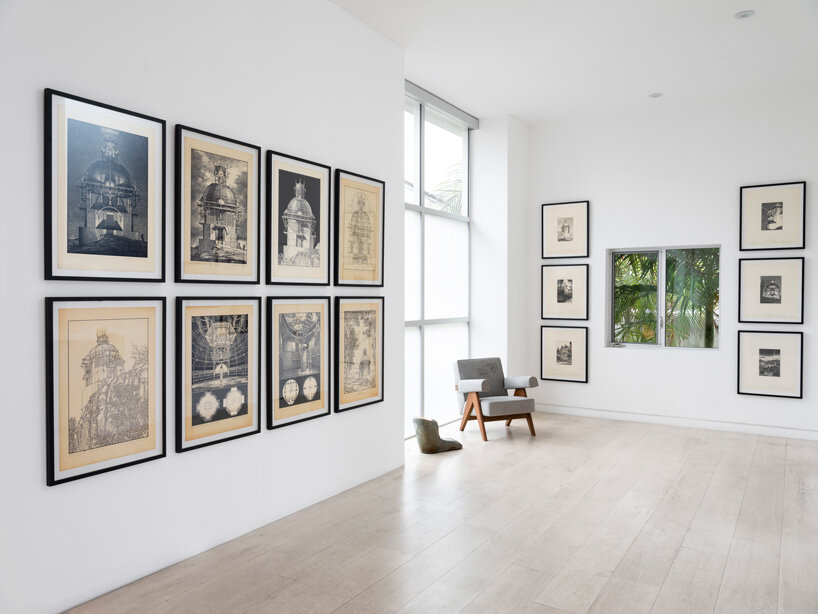 A SURVEY OF THREE BUILDING PROJECTS

In each of the three projects on view at Friedman Benda, Woods imagines alternative realities and future cities reveling in constant flux. A complete thought experiment, ‘Epicyclarium’ was designed to generate an evolving global image. Woods describes it as the ‘cure for a fever’ to build a ‘new unity of form, idea, and experience’. Divided into the Lower Chamber, Upper Chamber, and sub-chamber, the structure processes digital data drawn from across the spectrum of human behavior and natural phenomena, to ‘correlate and unify diverse fields of study and work.’ The second project on view, ‘Solohouse’, was the closest to a realized building that Woods came. Described as a ‘living laboratory’, the project begun as an idea of a house for one person, an ‘atom’ of architecture to be studied and replicated into molecules or compound substances like towns and larger cities.

Finally, ‘Aliens’, drawn while in residence at Chateau Marmont, Hollywood, and the Pinewood studios, England, was a building project Woods created as a ‘conceptual architect’ for Twentieth Century Fox Film Corporation. It follows the story of a religious colony that escaped earth to live in a commercial facility in outer space, without electricity or modern technology. The drawings document the imagined world of this colony from its Cathedral to the view of it from earth. ‘With his drawings, he explored unconventional ideas of space in order to discover new ways of building and living that would improve individual lives, impact communities and pose new and better social order,’ Olshin explains. Read our interview in full below. 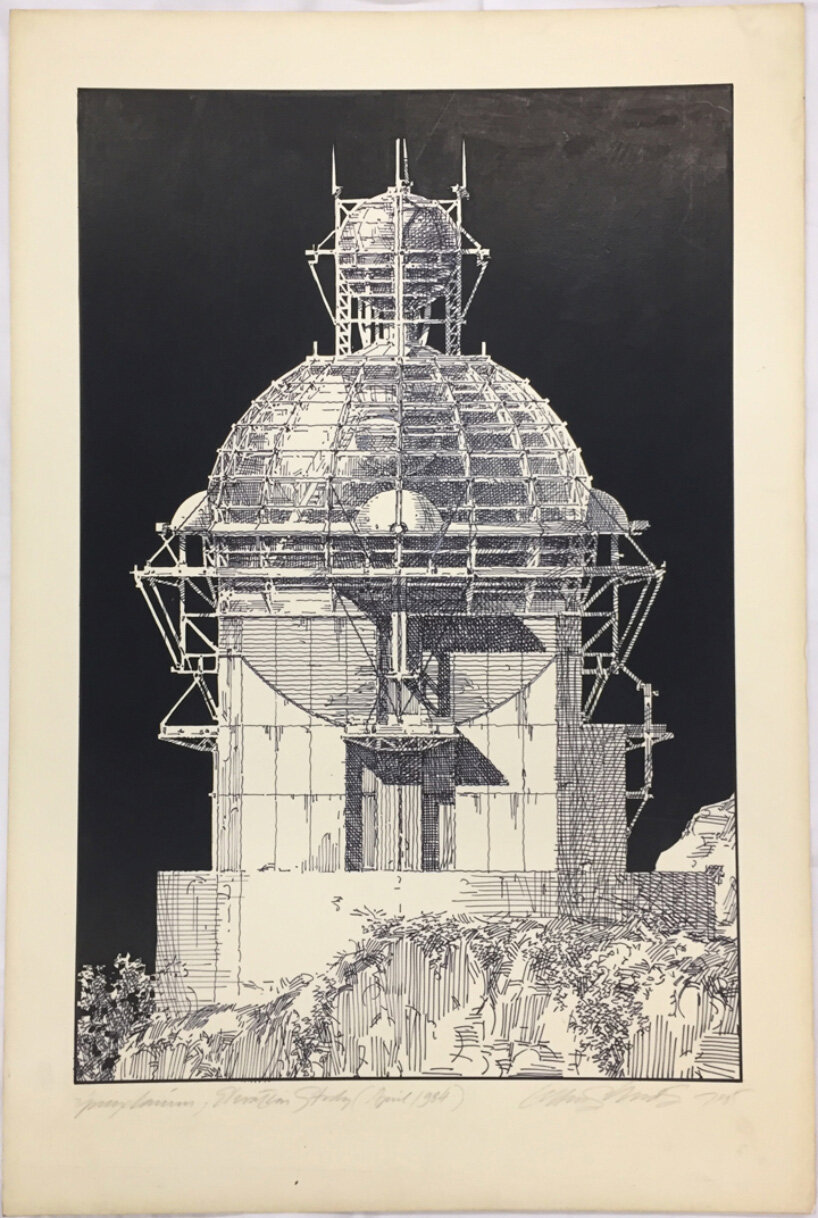 designboom (DB): How did the idea for this exhibition come about?

Jennifer Olshin (JO): When we opened the gallery space in Los Angeles, it seemed intuitive to make a place in the schedule for Lebbeus Woods. We had an exhibition of his work in 2012 in New York where he lived and where he was a towering figure at the Cooper Union for example, but Los Angeles was one of the places he returned to and where he also made a mark over the course of his professional life. He loved the city and taught at SCI-ARC (Southern California Institute of Architecture) who were the first to posthumously honor him in an exhibition alongside the realization of a massive public art installation in his memory. That sculpture was an ‘inhabitable drawing’ made of steel frames and vectors. It was built in Bloom Square, in the Arts District of the Los Angeles in 2013. 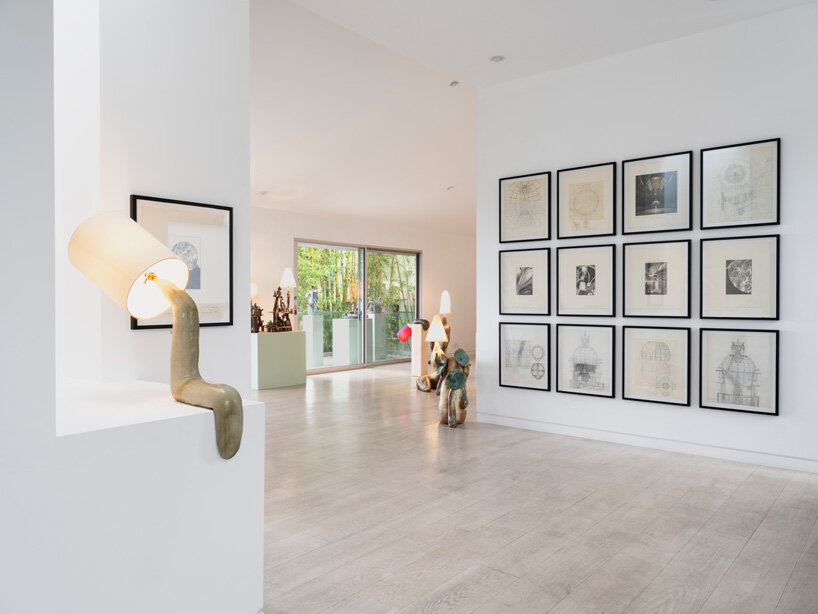 DB: Why do you think Lebbeus Woods and his works are still so inspiring for architects, students and thinkers all over the world today?

On a deeper level, Woods chose political and social contexts to explore and within these works he embedded ideas and propositions that at the time – in the 1980s – seemed like impossible dreams. Today, technology has brought these ideas into the realm of possibility and so over the course of time, architects, engineers, students and practitioners of all sorts, return to this prescient work for conceptual cues about space in a changing world – all of which, is completely relevant today. 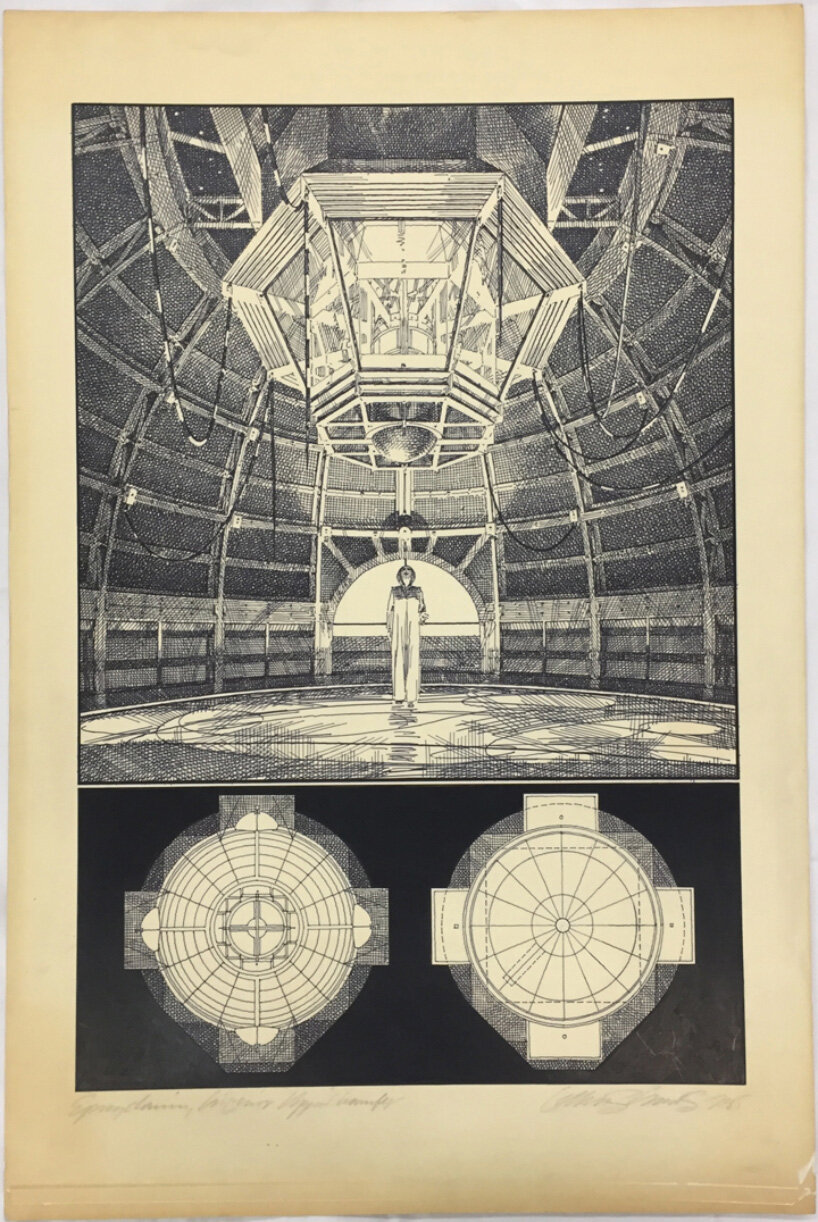 DB: What was the purpose of Woods’s architectural drawings?

JO: With his drawings, he explored unconventional ideas of space in order to discover new ways of building and living that would improve individual lives, impact communities and pose new and better social order. Despite the seeming precision, the drawings were never didactic, but always open ended, suggestive, inquisitive. Each, a beginning, leading to the next –simultaneously critical and opportunistic.

DB: The exhibition focuses on three building projects created between 1984-1990. Have you identified reoccurring elements or common ideas between them?

JO: For sure, there are overarching ideas and repeating visual devices. The notion of architecture as a method with which to uncover and reorder society for the common good, runs throughout. He often called his projects ‘living laboratories’ and ‘thought experiments’ and both Epicyclarium and Solohouse included in the exhibition, would fall under those rubrics. 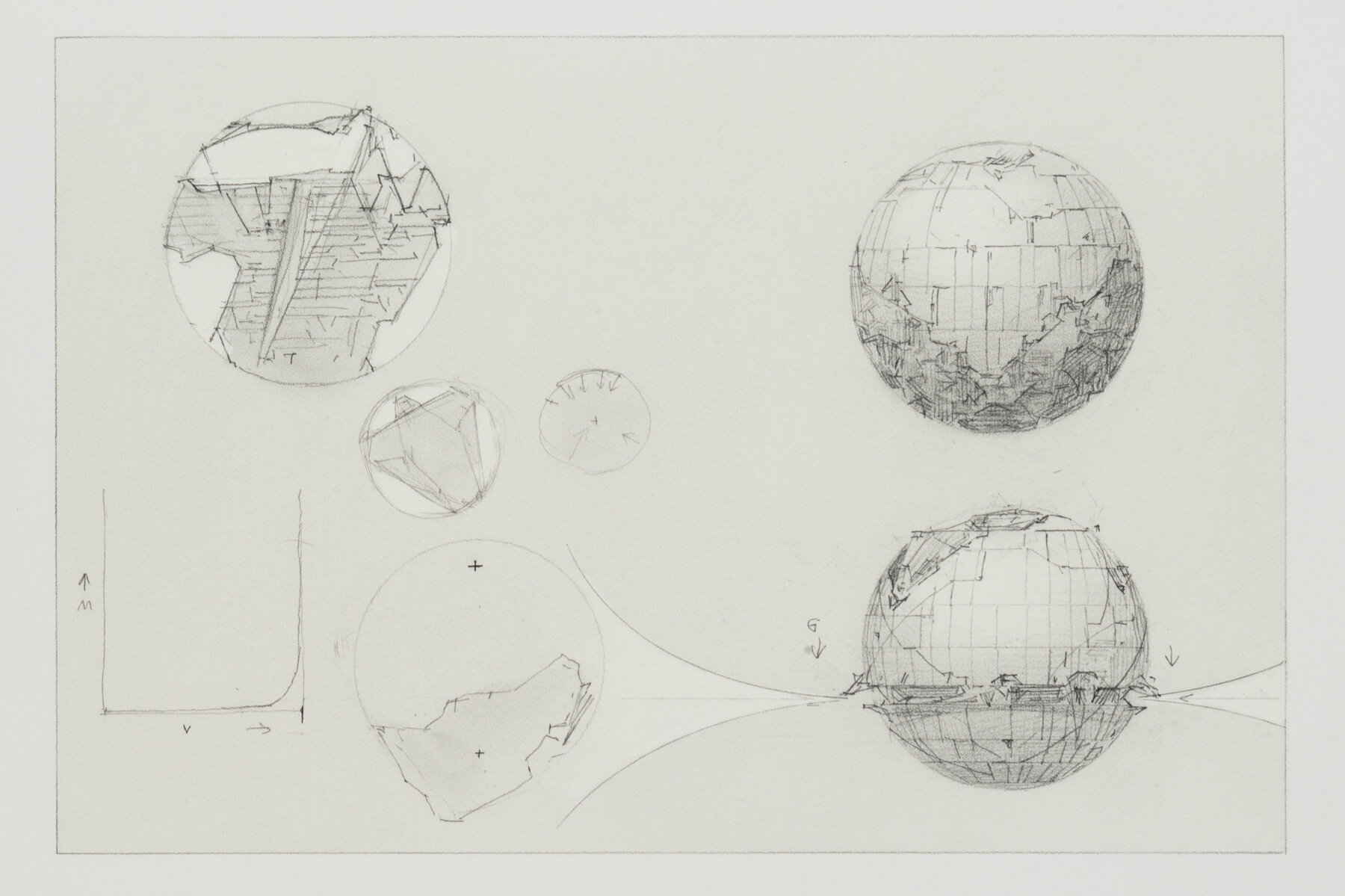 DB: What do you hope visitors will take away from the show?

JO: The hope is that people will delight in the works on any or all levels – from the sheer technical and aesthetic virtuosity of the drawings themselves, to the powerful conceptualization of new worlds and ways of living. 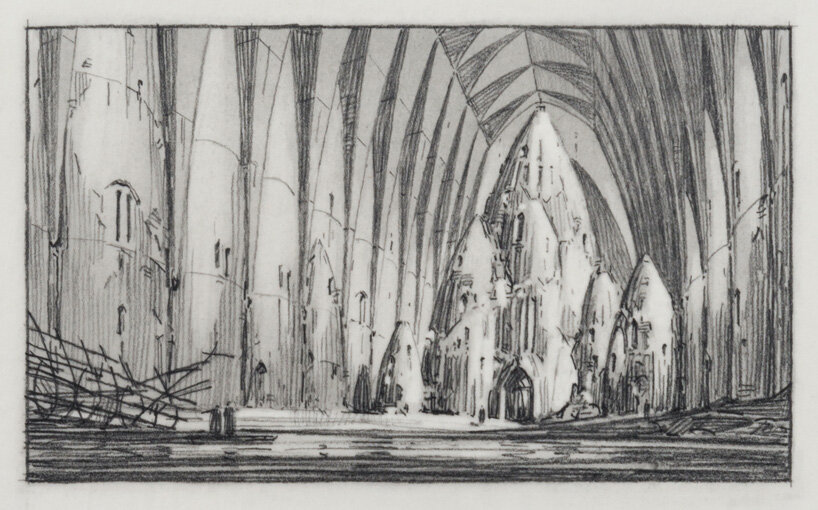 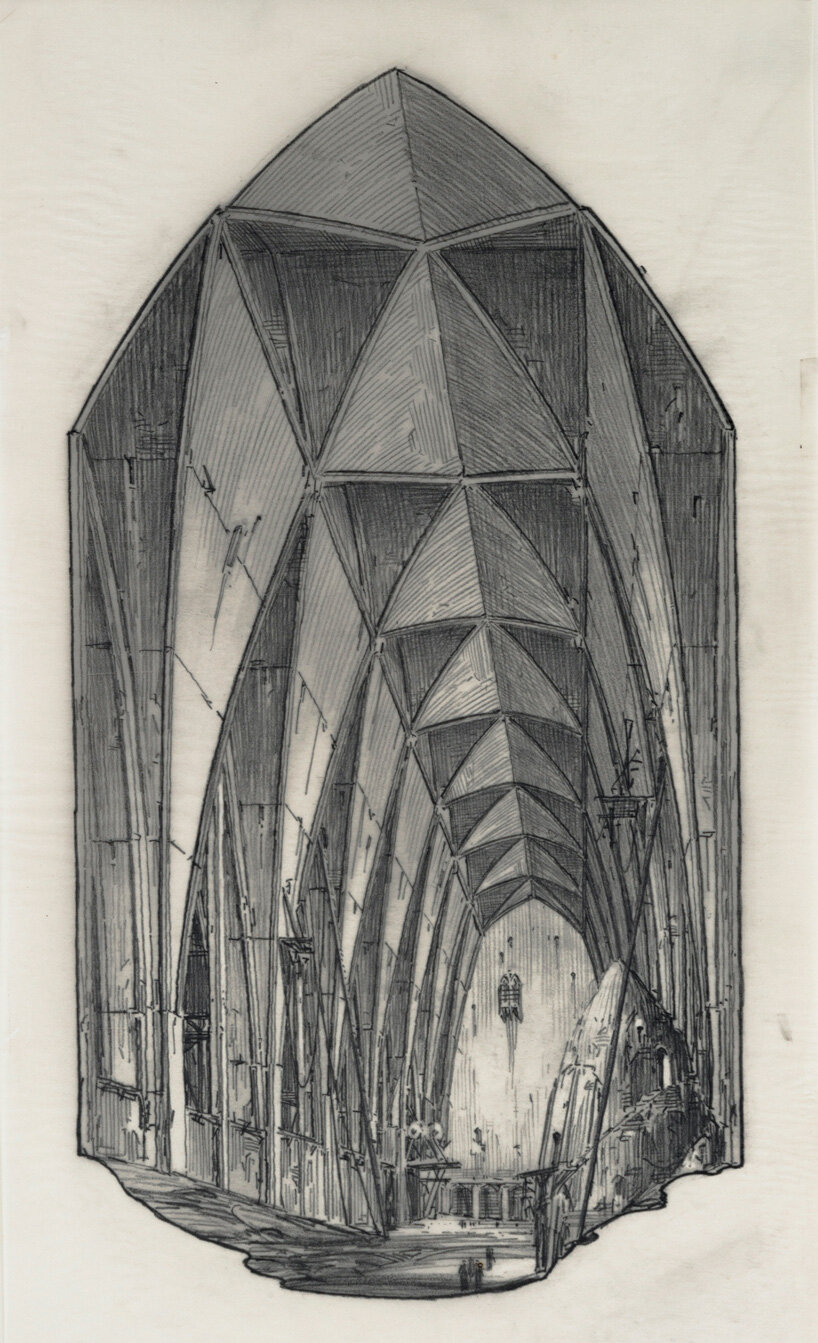 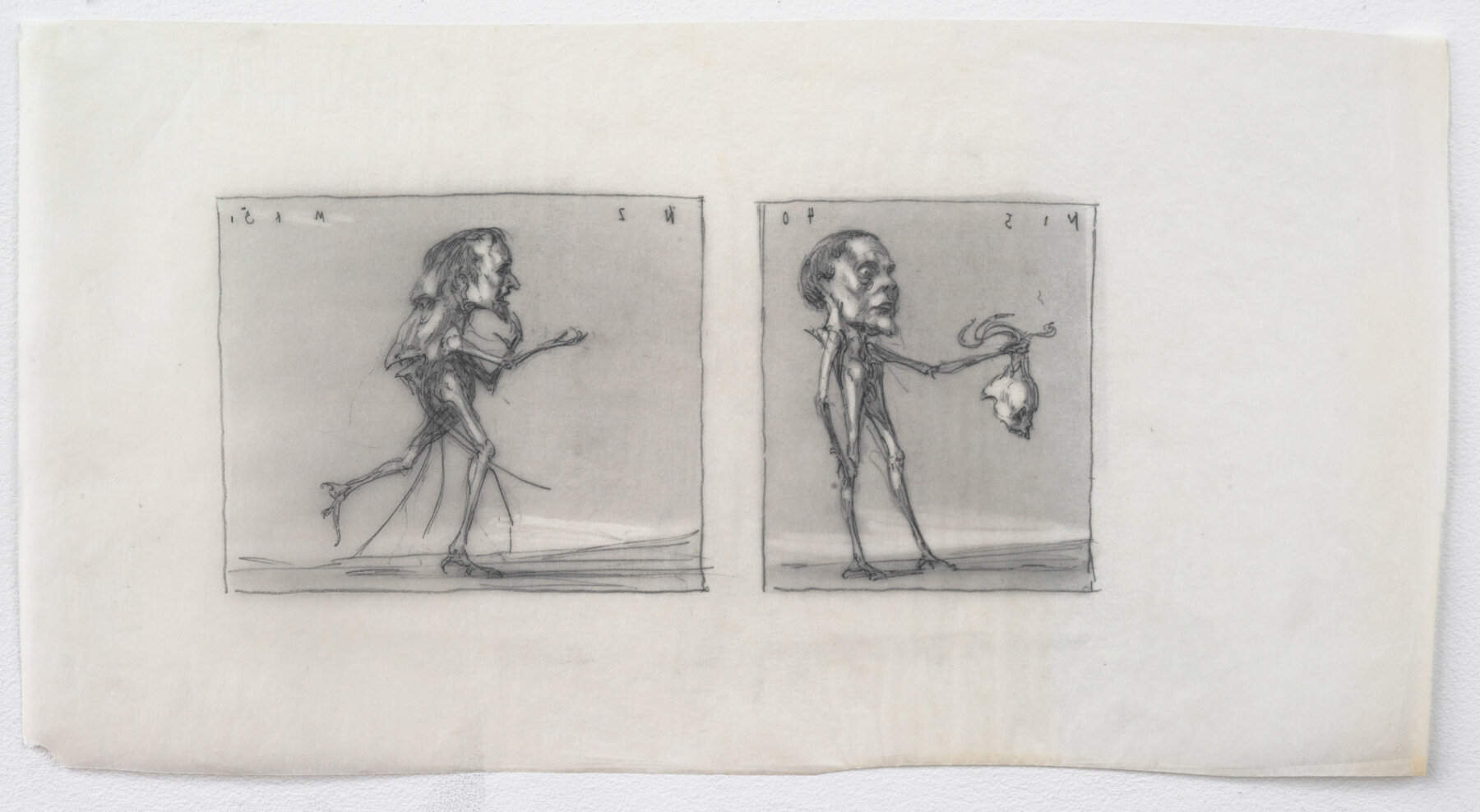 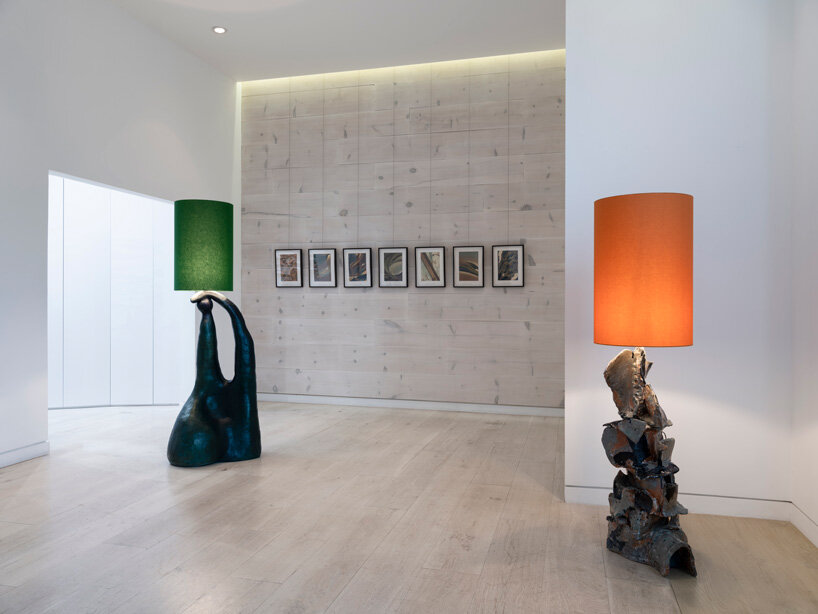 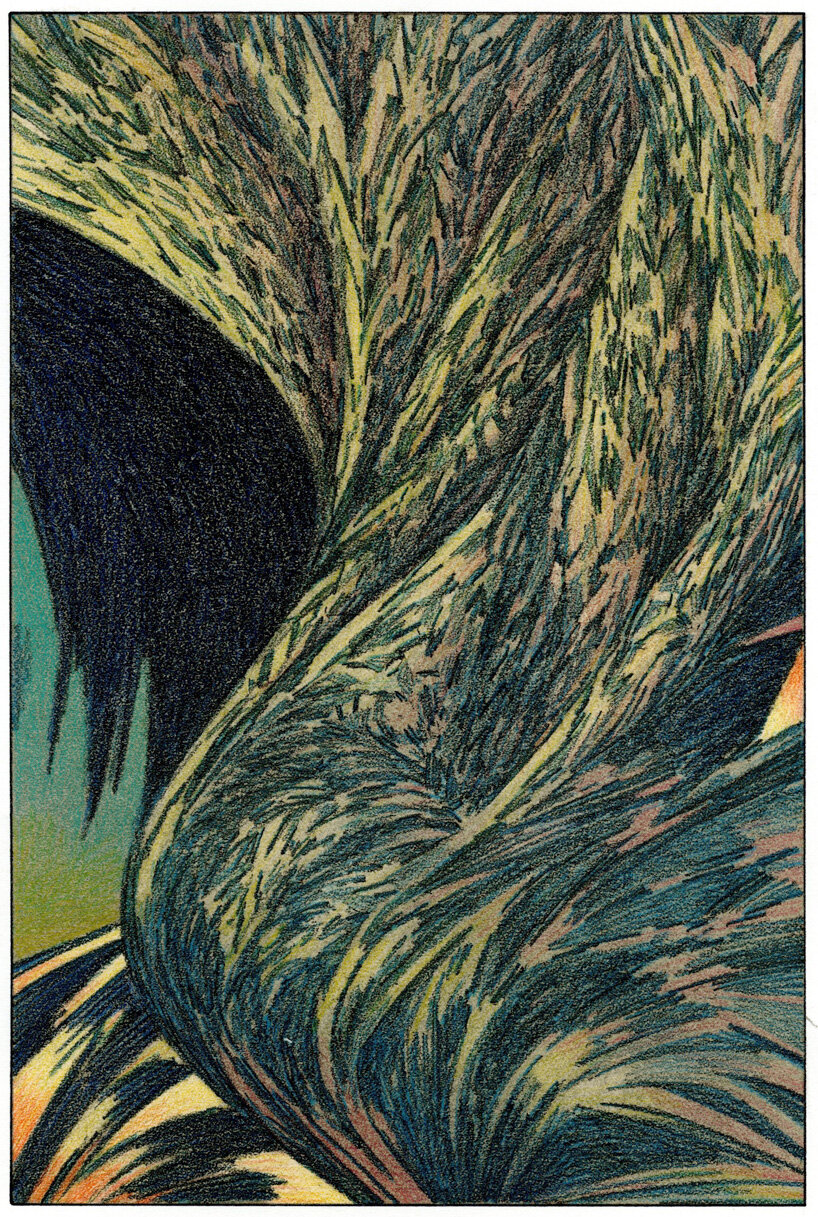 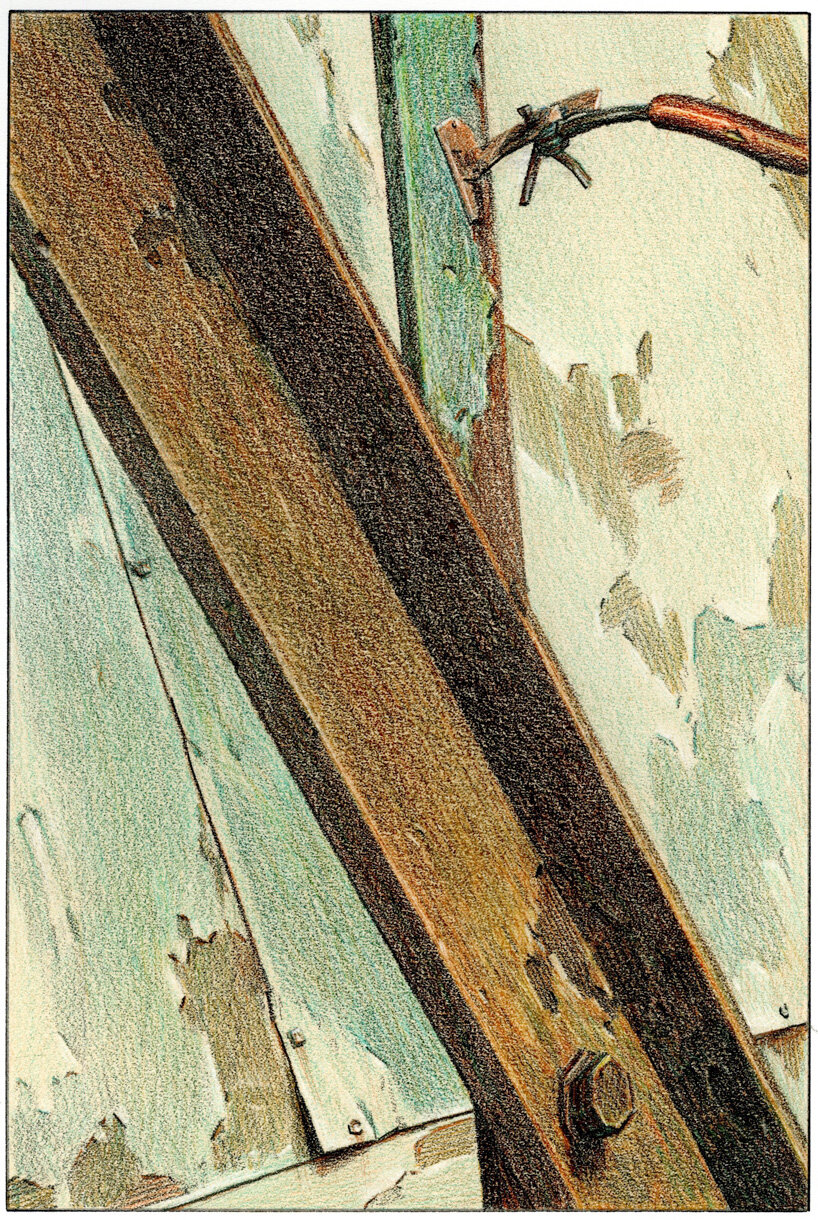 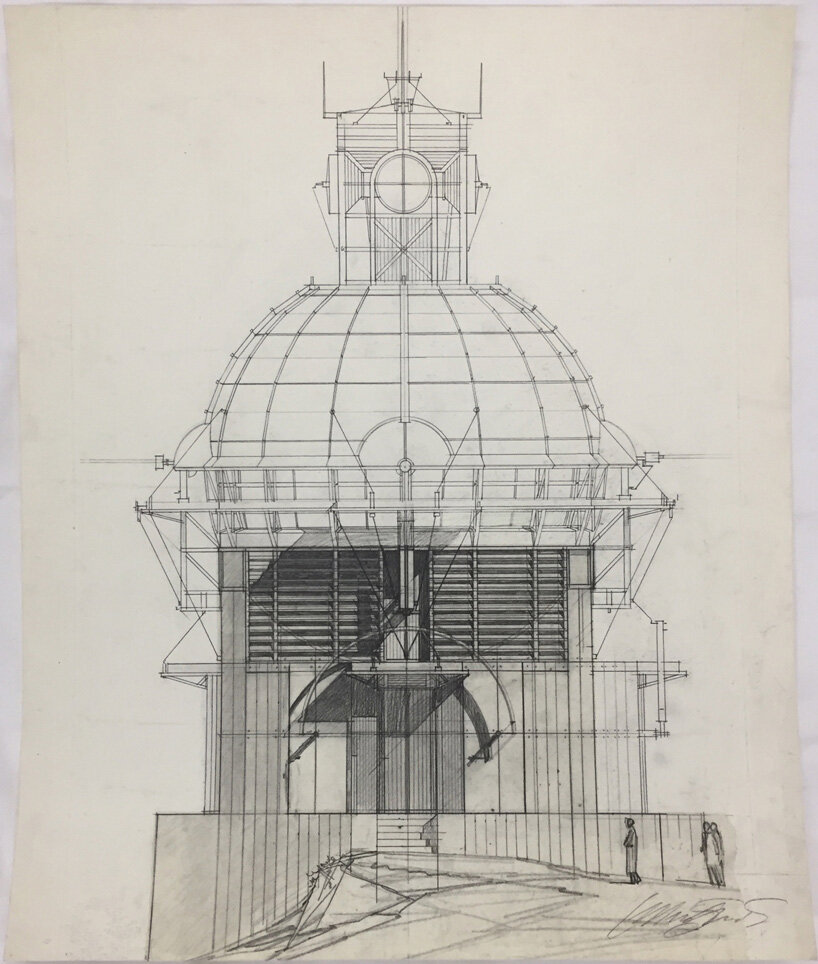 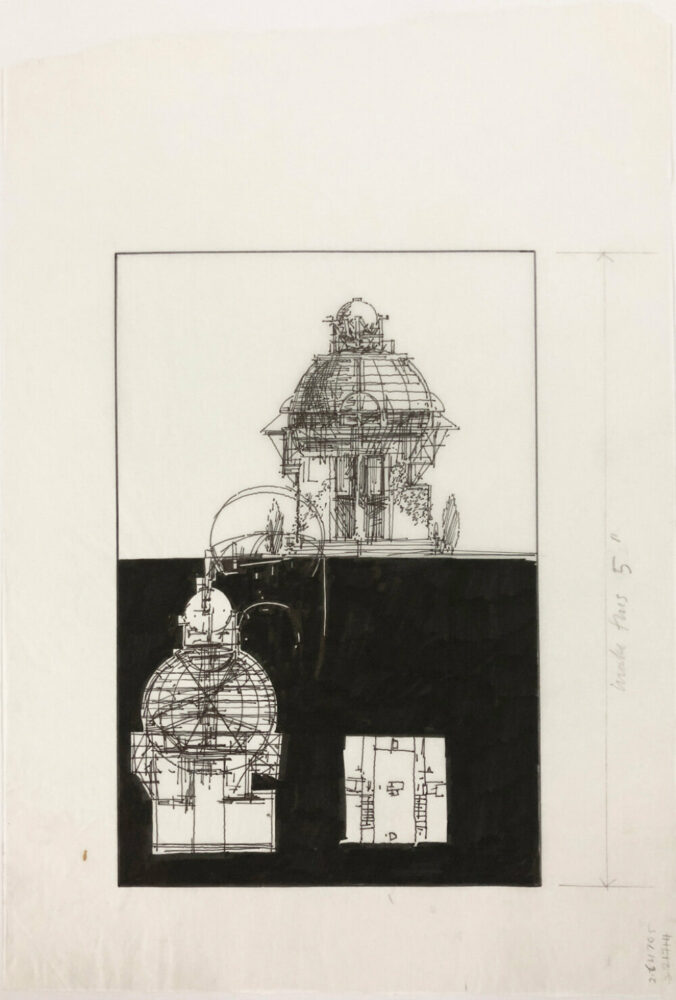 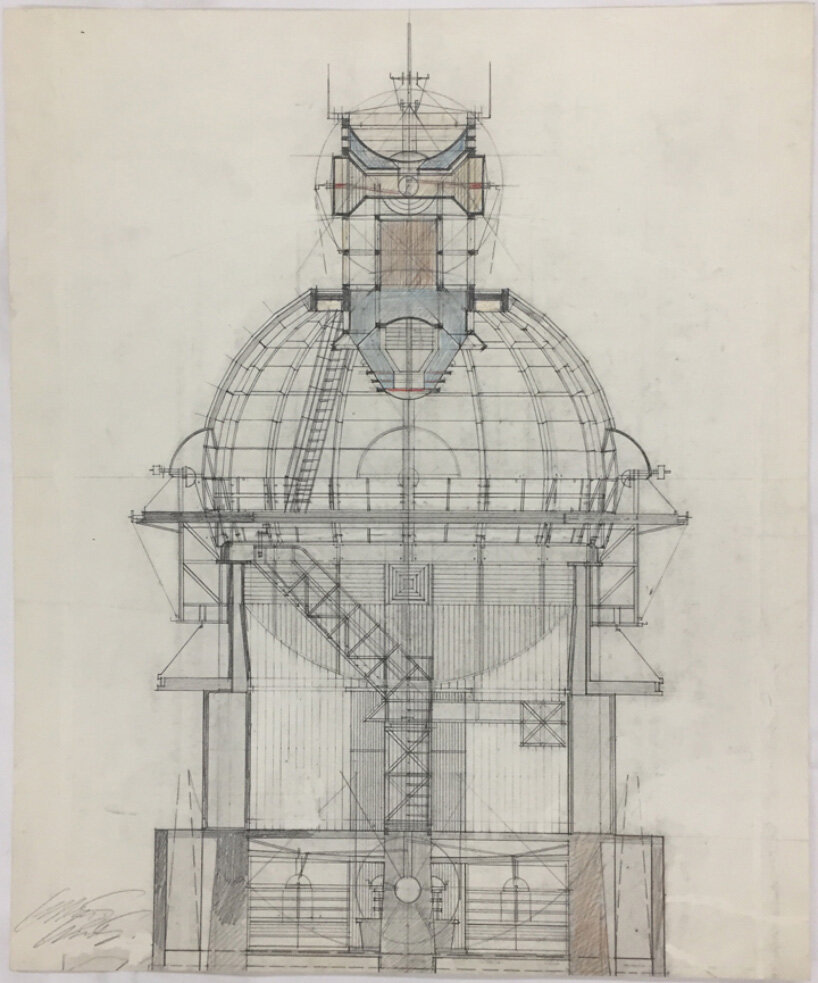 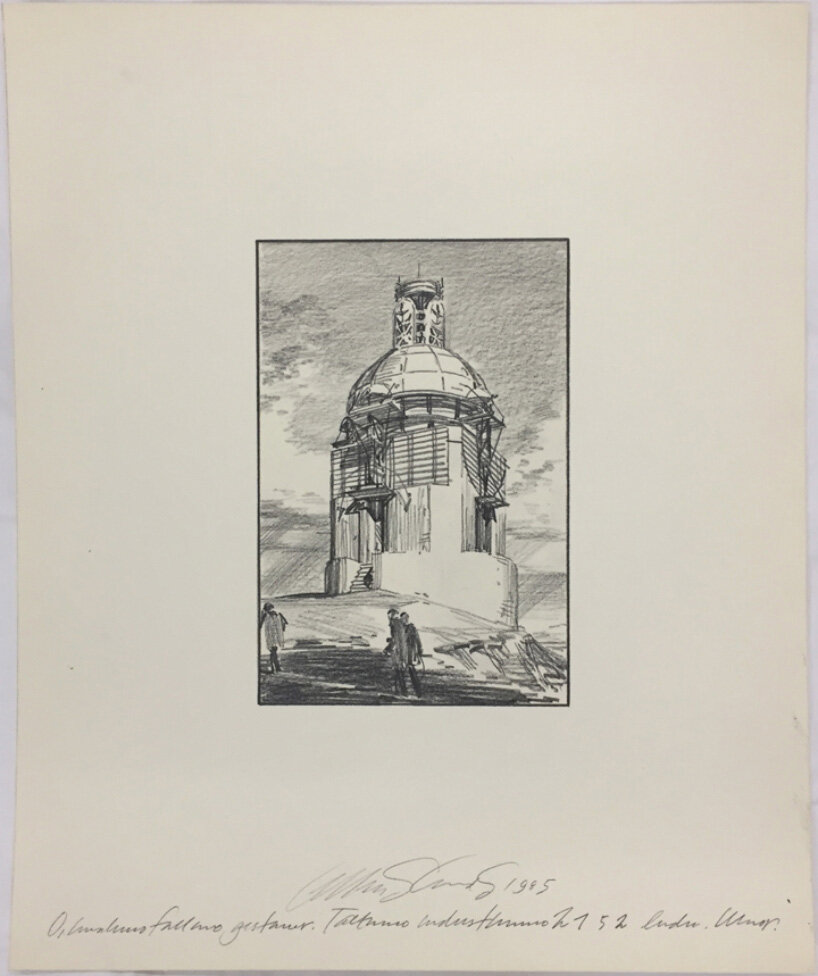 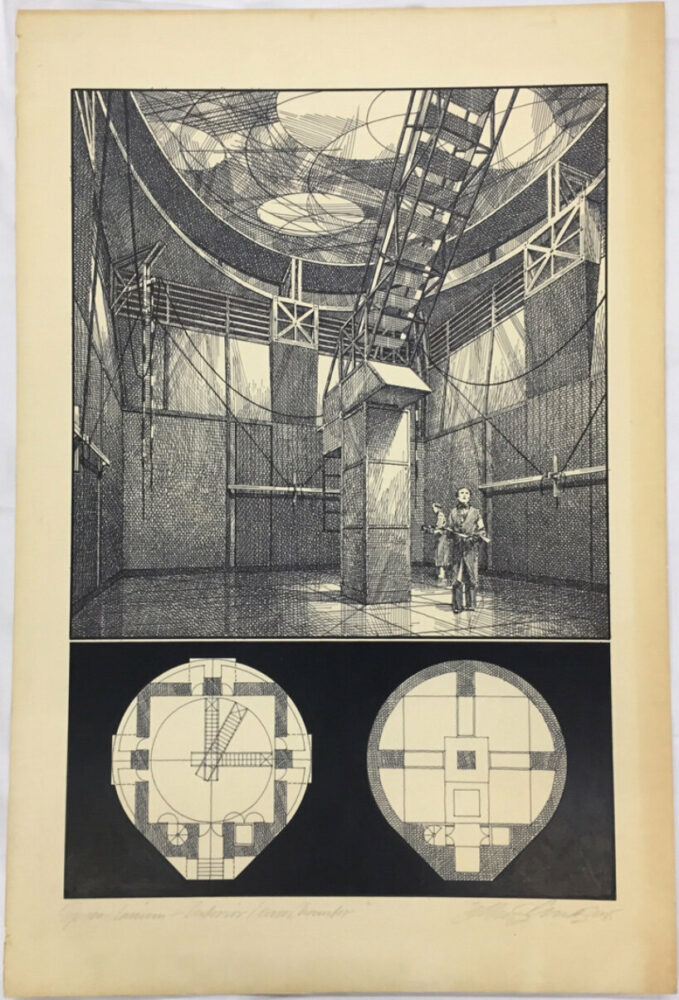 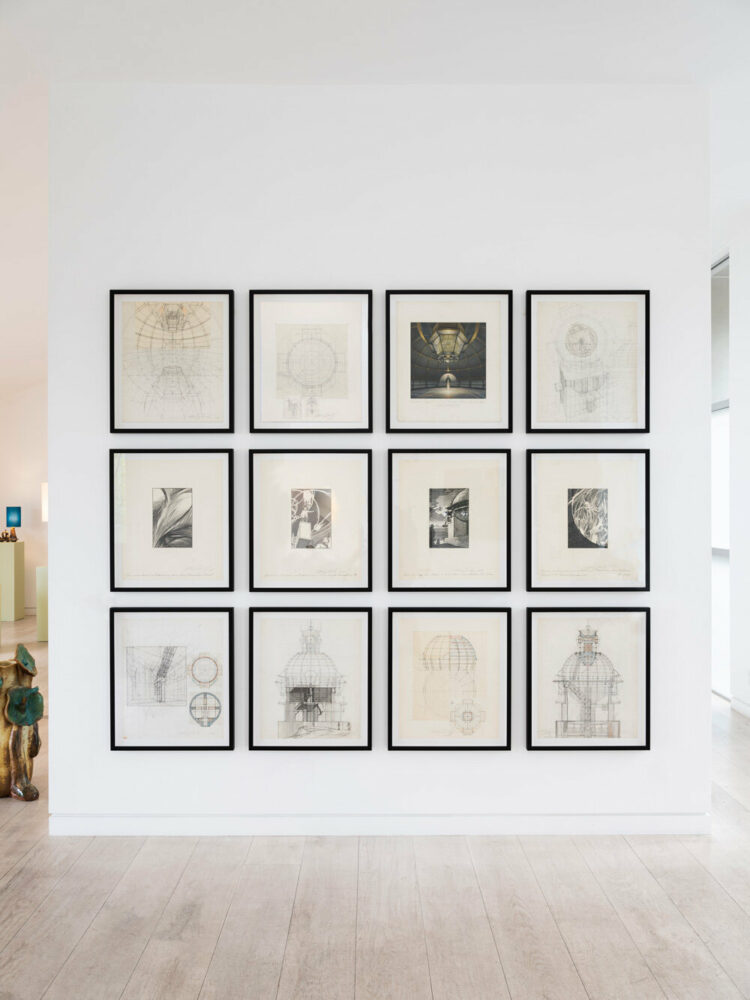 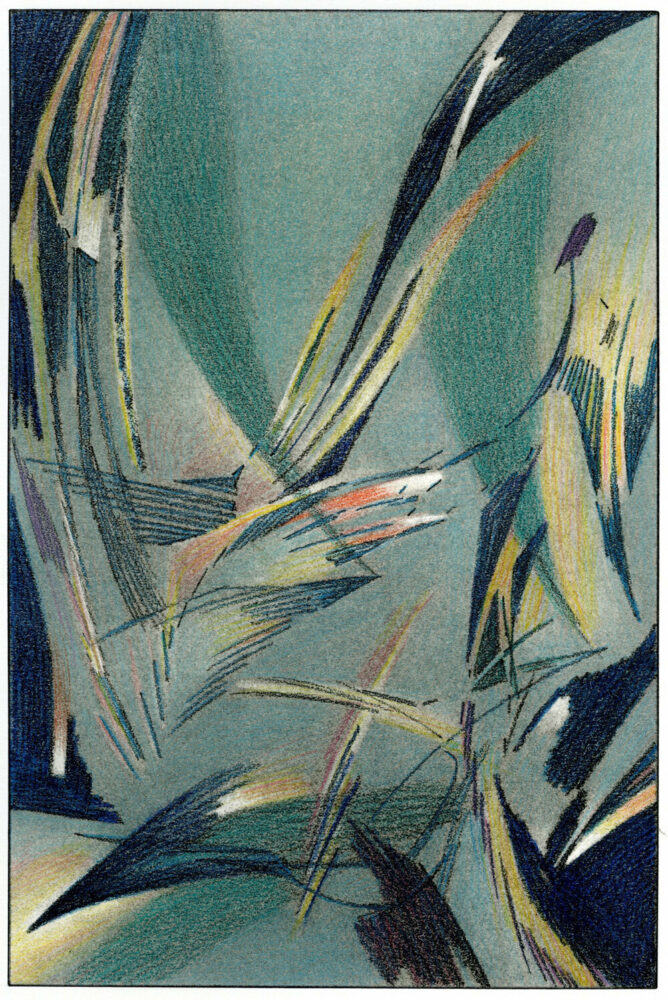