chris wilkinson founded his own practice in 1983 having previously worked with some of the UK’s best known architects. three years later he joined forces with with jim eyre to form wilkinson eyre architects. designboom spoke to chris about his work and influences…

designboom: what made you want to become an architect?

chris wilkinson: for as long as I can remember I’ve been keen to improve the built environment. after working for many great UK architects including norman foster, richard rogers and michael hopkins, I set up my own practice in 1983.  since then, we have grown in size and are working on interesting projects around the world including the crown sydney development in barangaroo, the new bodleian library in oxford, one of the finest collections of books anywhere in the world; and battersea power station, an icon on the london skyline and the largest brick building in europe – what could be better? 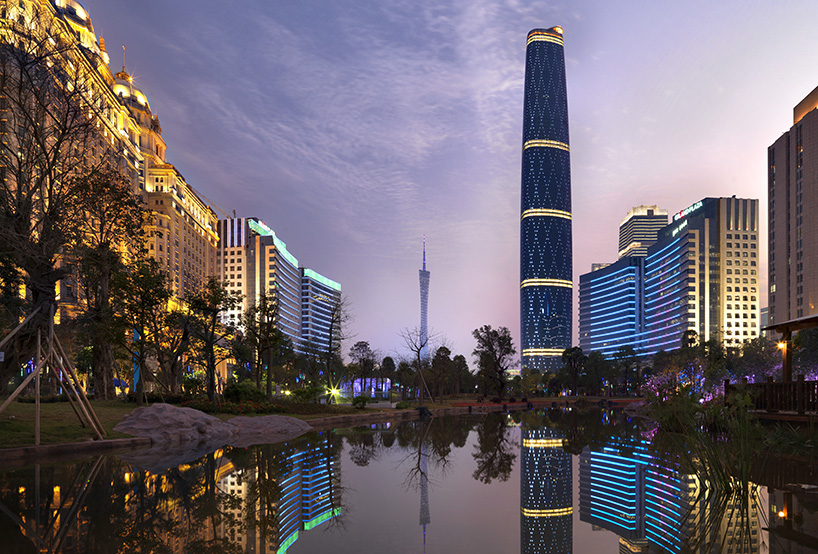 DB: how would you describe your architectural approach?

CW: I treat each project as an opportunity to develop new ideas and to try something new with the latest technology available. the first book we produced as a practice was called ‘bridging art and science’ and I think this sums up our overall approach pretty neatly.

we find inspiration in examples from nature as well as in technology and engineering.  our buildings are functional but we strive for something more, something that gives depth and lifts the spirit. all good buildings have a spiritual quality, which affects people’s emotions, but there is no simple formula for creating it.

lightness is a term much used in our design discussions and geometry is also vitally important to us. we are genuinely interested in the movement of people through our buildings, and enjoy the dynamic perception of movement in geometry.

I love art and spend a lot of time at the royal academy where I am an academician. I also paint – working in acrylic on canvas to creating larger abstract paintings. when I paint at the weekends I try to be free and lose the discipline of my architectural training, but it is not easy, the implications of ‘chance’ seem to be important to the creative process in art but are seldom allowed in design.

I think of architecture as a natural bridge between art and science. In the past the differences were less pronounced and the quintessential renaissance man, leonardo da vinci, succeeded in being a master artist, scientist and architect. 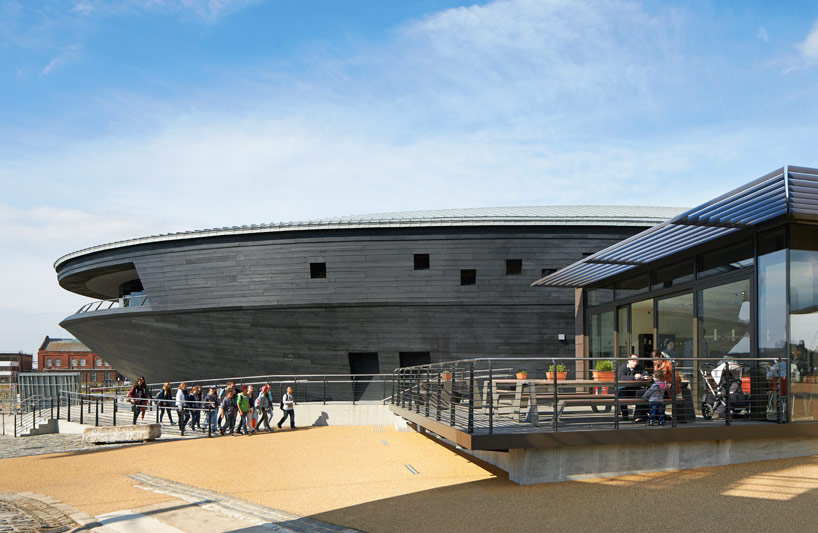 CW: I have been heavily influenced by the early modernists such as mies van de rohe and le corbusier. I like to see myself as continuing the evolution of modernism, under the influence of the materials, technology and attitudes of the present day.

DB: what would you say your strongest skill is?

CW: probably it’s the ability to come up with ideas quickly, after absorbing briefing data and visiting the site. it’s a very valuable skill to learn, but the only way I’ve found to develop it is through experience. the more projects I work on, the easier it becomes. 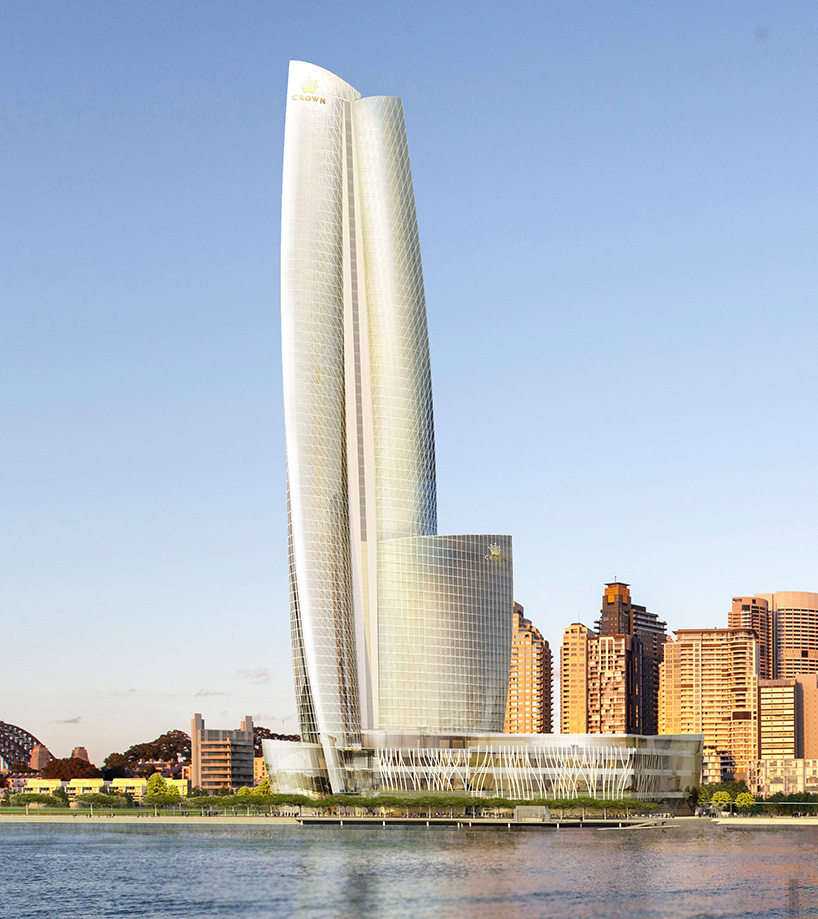 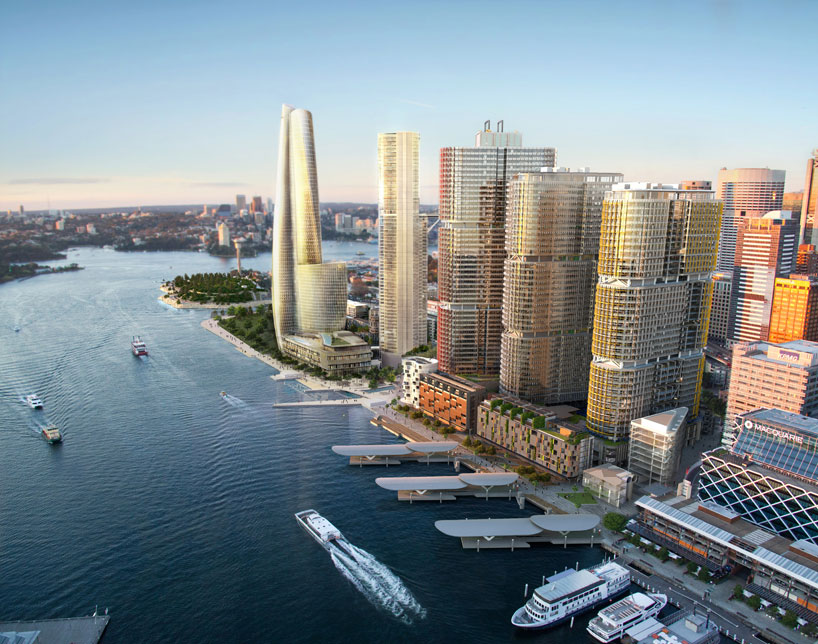 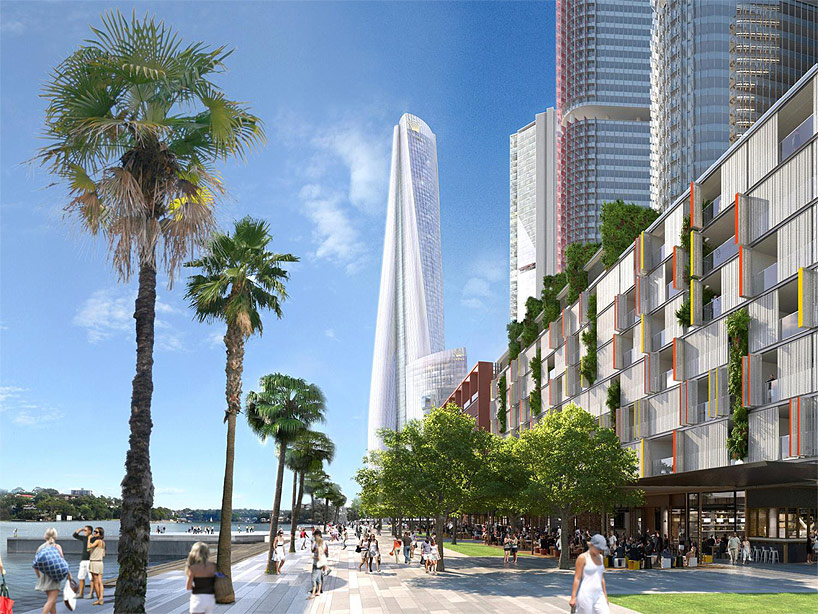 DB: do you think it’s important for an architect to be able to draw in this day and age?

CW: the skills needed to use today’s software are now emphasized over hand-drawing for the new generation of architects. I think it is essential for architects to be able to draw and I wish it was encouraged in schools. I’m convinced that drawing and sketching is essential to the design process, to say nothing of the enjoyment and relaxation it provides, it’s sad that many young architects miss out. I carry a sketchbook with me everywhere I go and it provides me with another way of thinking and resolving ideas in my head, which is vital to maintaining an understanding of a building project throughout its lifespan. 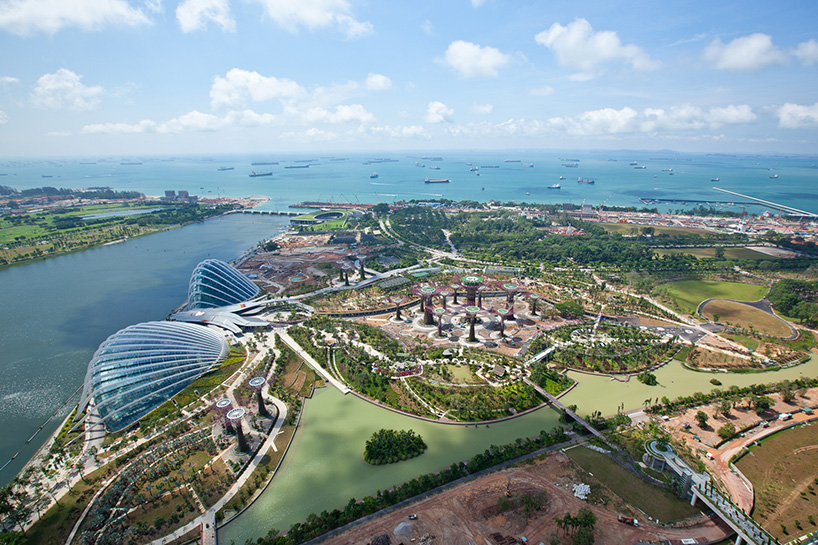 ‘gardens by the bay’, singapore, 2012 – a 101 hectare indoor and outdoor garden
image © craig sheppard
see more about this project on designboom here 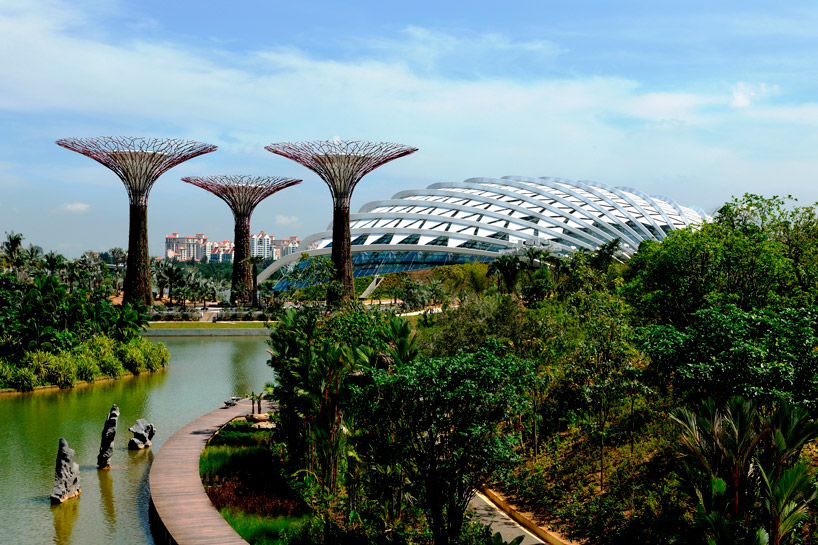 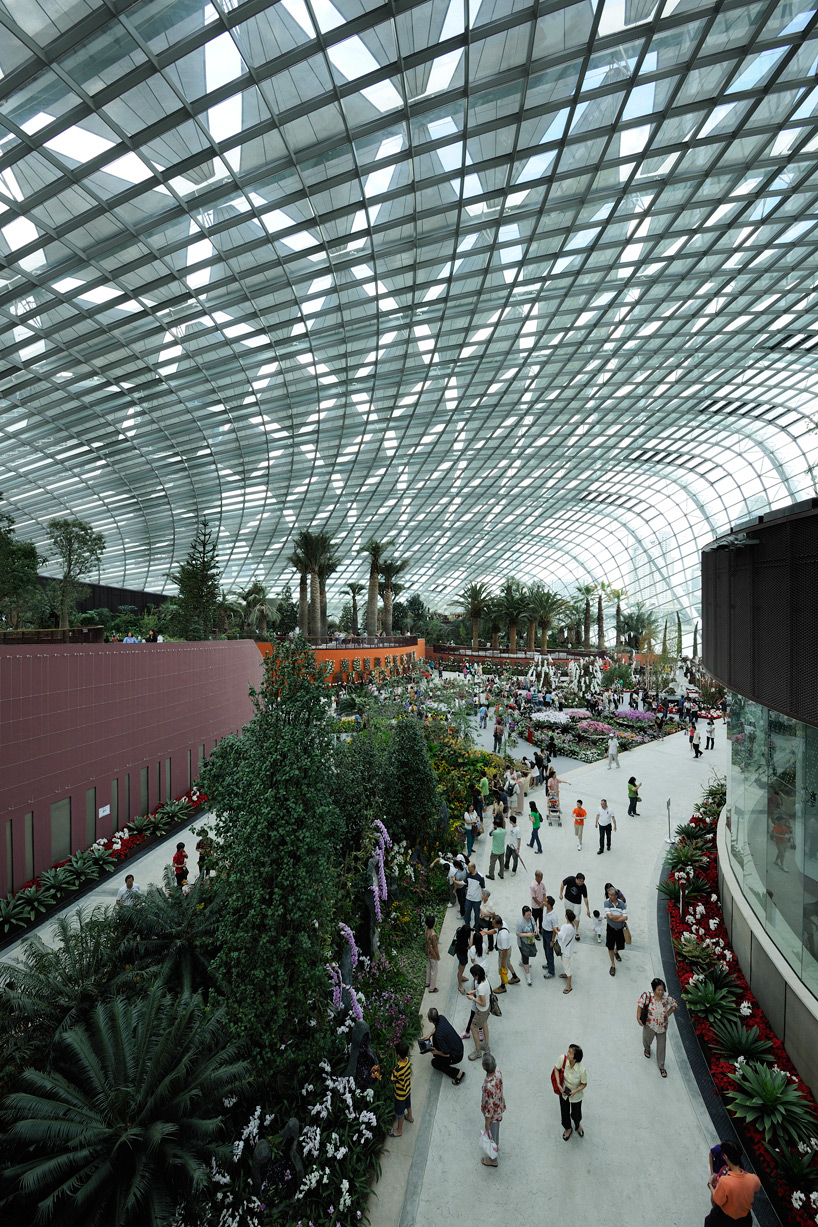 CW: a good architect should be able to apply their design approach to any design problem and I don’t see a need to specialize. if you look at the broad range of projects we have completed since 1983, I don’t think our work is linked by a clearly identifiable style or building type, but there is a distinctive design approach, which connects all the work. our approach is what sets us apart from all others, it’s our most valuable asset. 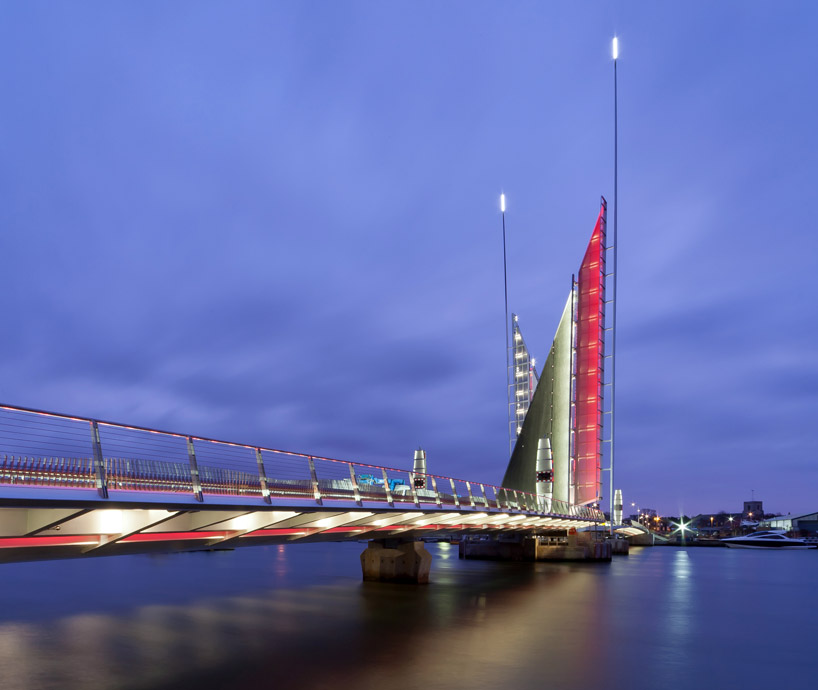 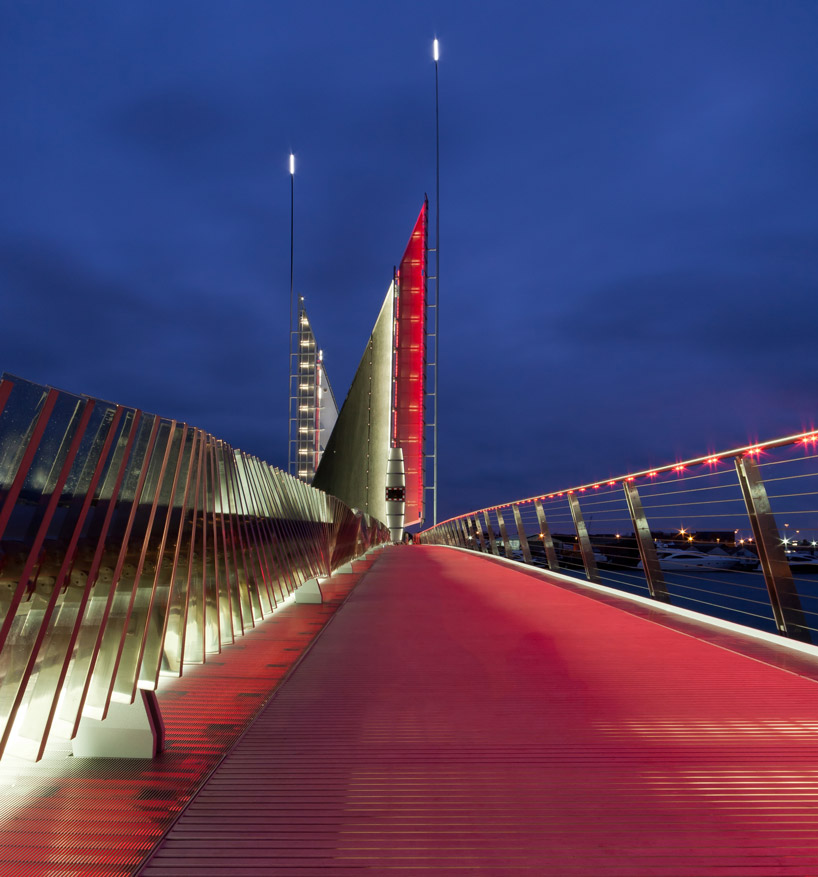 DB: what would be your dream brief or client be?

CW: a cultural building on a beautiful site with an enlightened client.

we’re very close to completing a maggie’s cancer care centre at the churchill hospital in oxford. maggie’s was founded by maggie jencks, who started a project to commission well designed cancer care centers on a humane, domestic scale after her own diagnosis with cancer. though we sadly lost maggie in 1995, she has left an incredible legacy of beautiful buildings throughout the UK.

our contribution takes the form of a treehouse overlooking listed woodland, supported on piloti with its elevations faceted to maximise the relationship between inside and outside space. 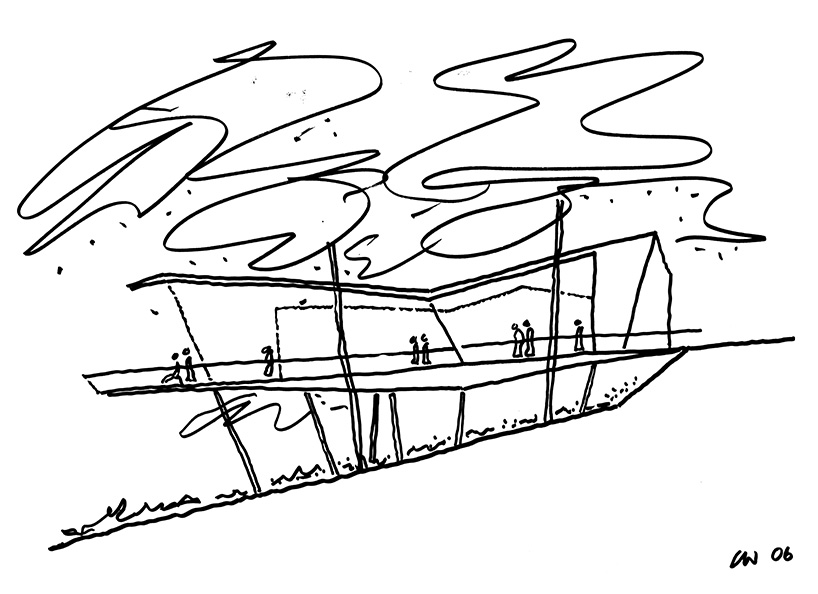 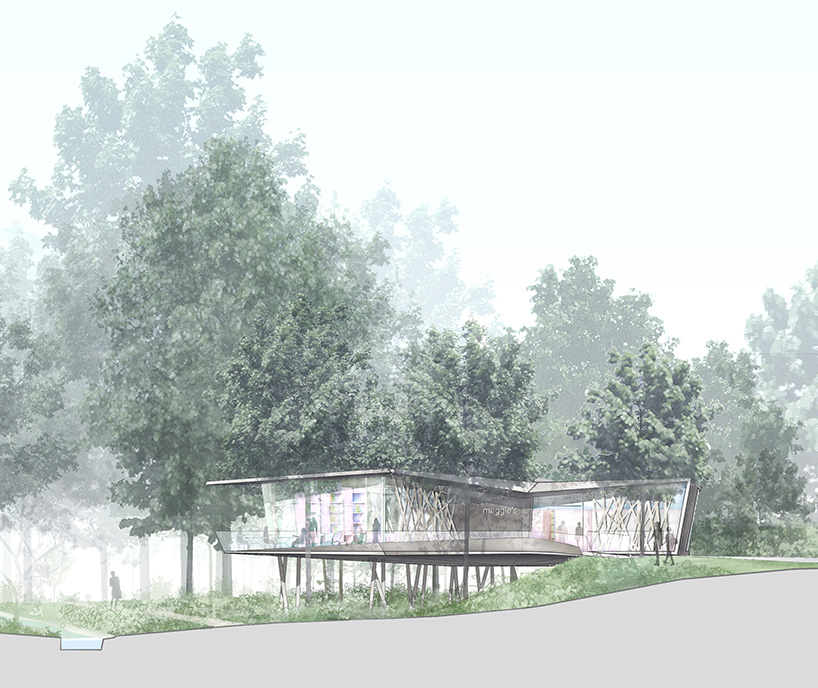 CW: as I mentioned, I spend most of my spare time painting, both in london and in italy – I find it really liberates my approach to design.

CW: that there is a great skill to learn in understanding the way a brief is written and then draw from that what the client really wants. you also have to come up with ideas quickly and go with the strongest one. you can’t play it safe – you really have to go for it.  I feel that I’ve come to a point in my career where I’m comfortable with that process. good design is always possible and one shouldn’t stop until it is achieved regardless of the circumstances – there’s no excuse for bad design. 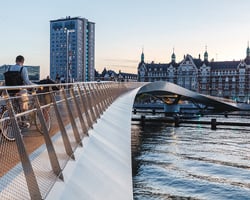 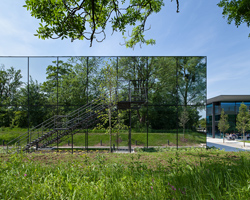 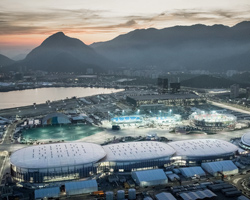 Sep 14, 2021
interview: DECA discusses its landscapes and underground architecture in greece
designboom speaks with DECA architecture to learn more about its many works that are sensitively carved into the coastline of greece.
architecture
236 shares
connections: +460