iosa ghini associati has designed ‘people mover’, a railway transport system for bologna city. the project is a combination of technology, traffic regulation, and architectural features. the infrastructure has a total length of 5084 meters and is composed of a monorail, with two terminals, one set at the airport and the other at the train station, while there is also the intermediate stop of lazzaretto.

‘people mover’ by iosa ghini associati emerges as an opportunity to create an environmental-friendly zone. on the southwest side, due to the slope of the station roofing, are installed photovoltaic panels, to maximize energy performance while to the north glazed panels serve as railing to give the entire line a sense of transparency and lightness. the stop includes a depot, workshop, and centralized control station. they are connected through a walkway running along the track, serving as a passenger escape route in case of emergency. 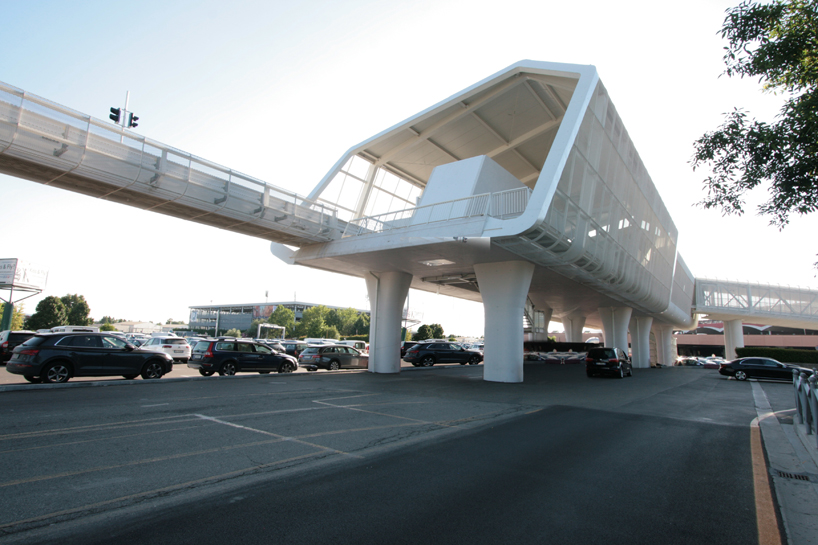 the stations integrate into the landscape, taking the forms and lines of the plains’ rural architecture. the perforated steel envelope -composed of custom-made metal ribs, gives a sense of lightness. the route that connects the station is underscored by a series of piers that support all the tracks and the individual stops. the piers mark a way that blends into the scenery between the train station and the airport. 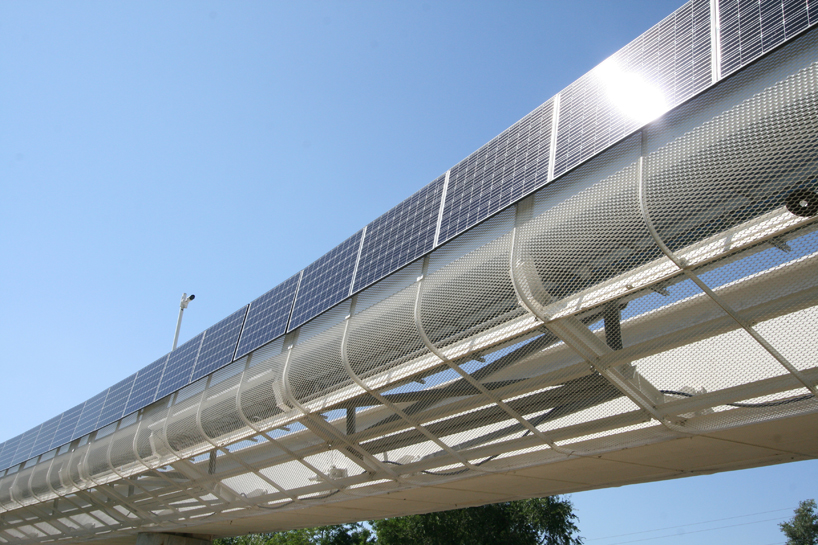 emulating the route that connects the sanctuary of san luca to the city, the line takes a form that evokes bologna’s famous porticoes without missing the city’s traditional architecture. the details of the bridge -dubbed ‘the link’ and its structural elements rely on natural and simple forms, creating an architecture that marks the entrance to the city of bologna. 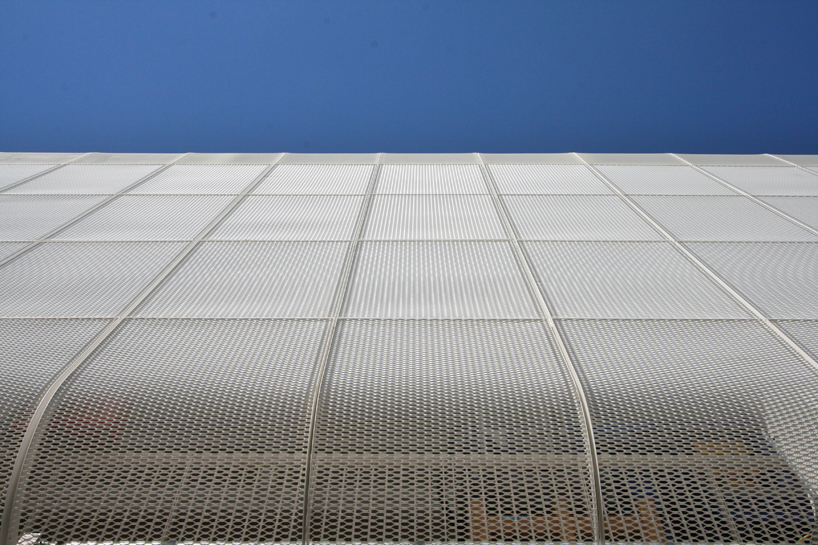 the design of the bridge addresses a combination of technical and perceptual-visual requirements. the technical aspect involved solving the height difference problem with respect to the rest of the route, which uses a monorail, as the 100-meter-long bridge has two beams so the line can be doubled in the future. on a visual level, the bridge will serve as an architectural element and point of reference for travelers as part of the motorway landscape, conveying the idea of motion. 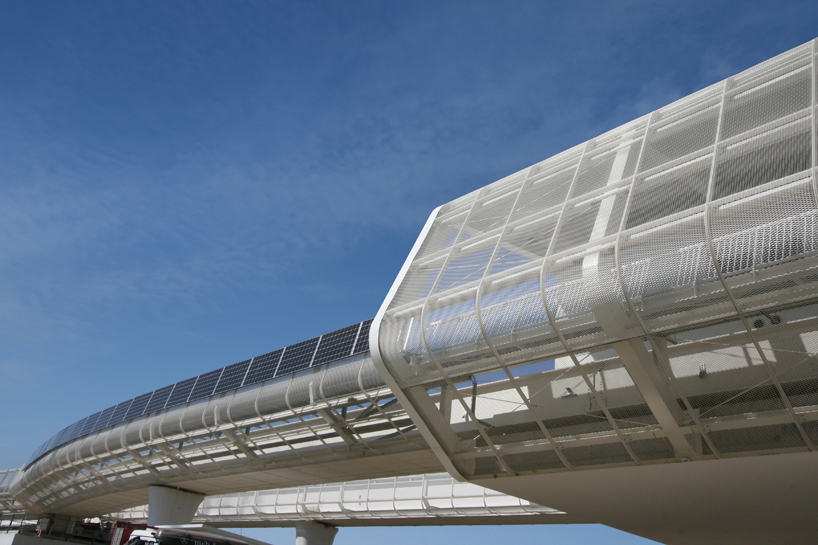 these two aspects were solved by designing two portals. their form and size conceal the height difference and serve as the monorail’s connection point and a double-track bridge. the two portals distinguish one’s arrival in bologna, just as the city gates mark the entrances to the medieval center. 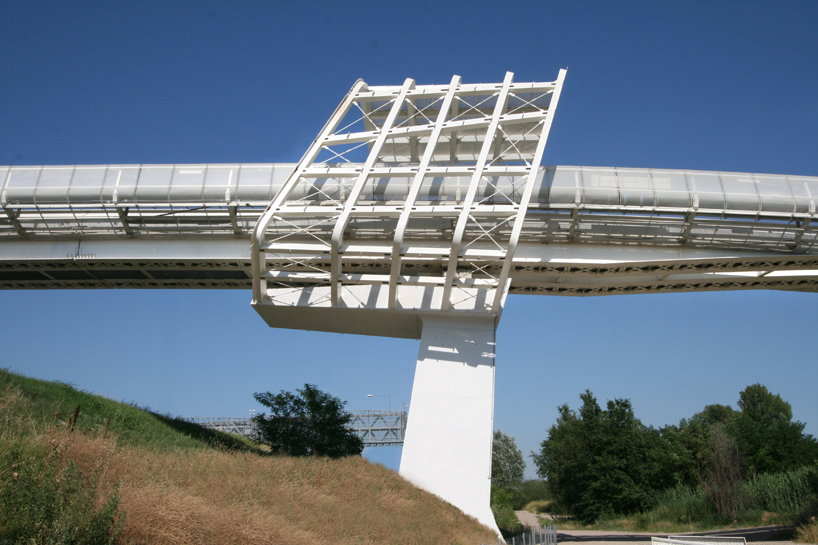 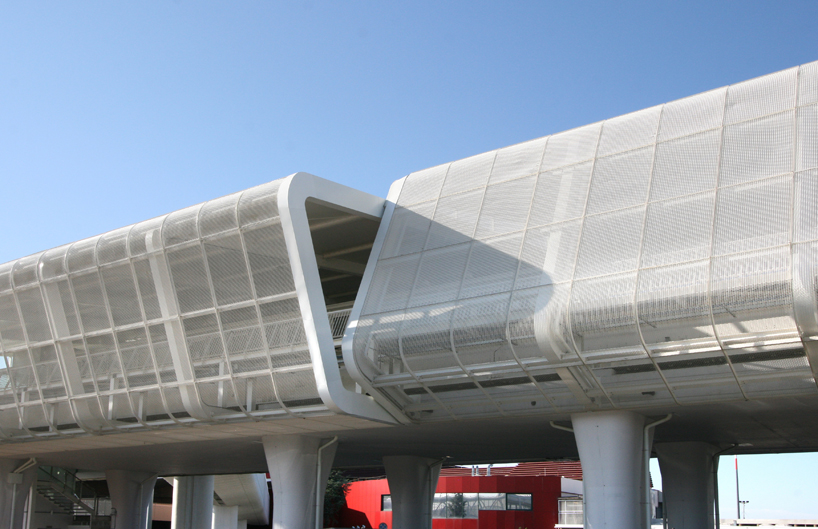 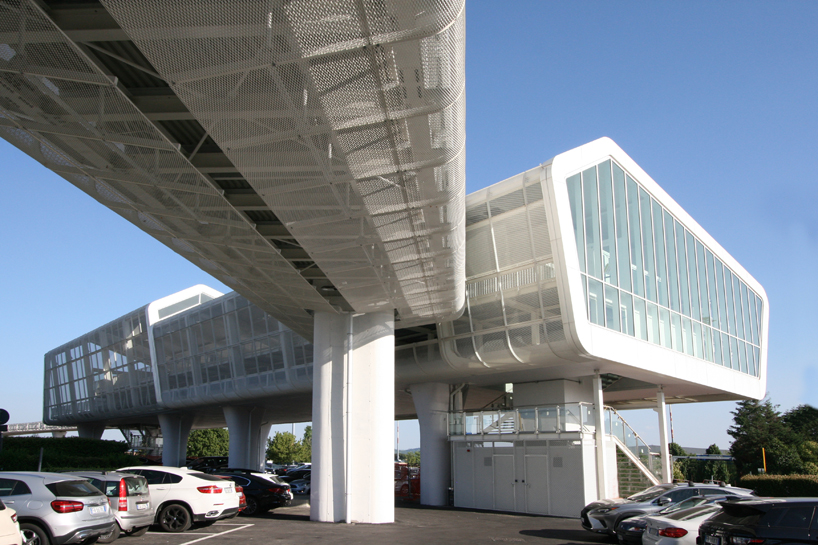 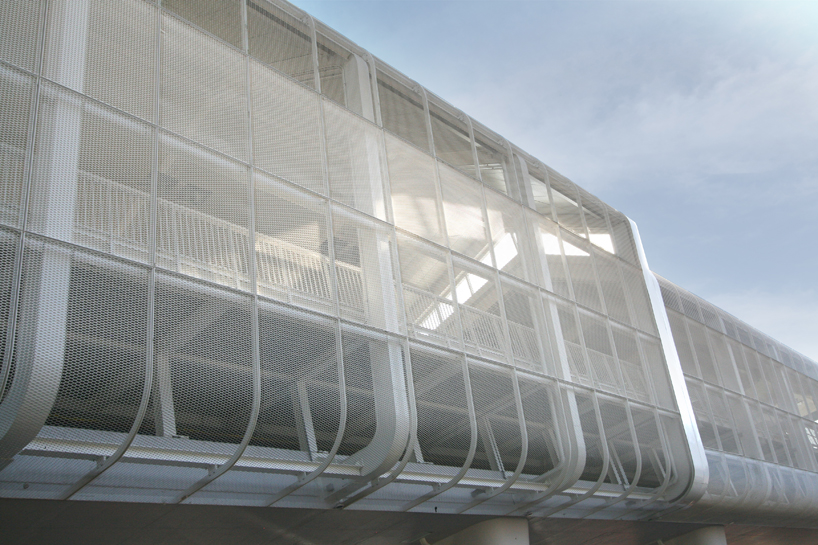 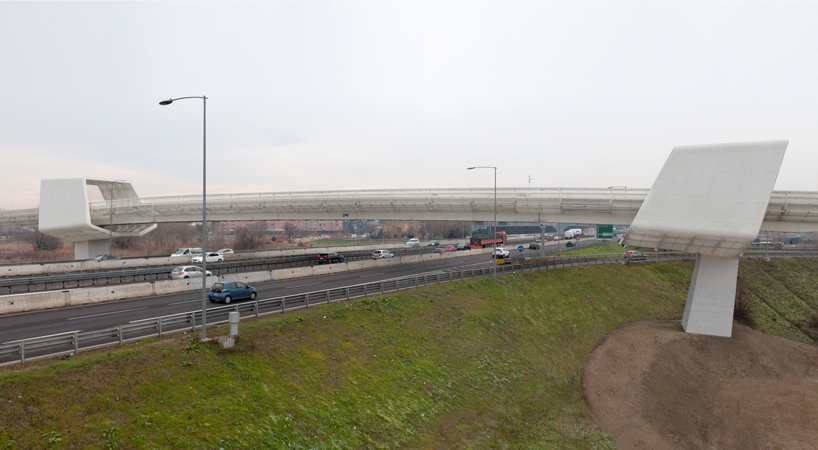 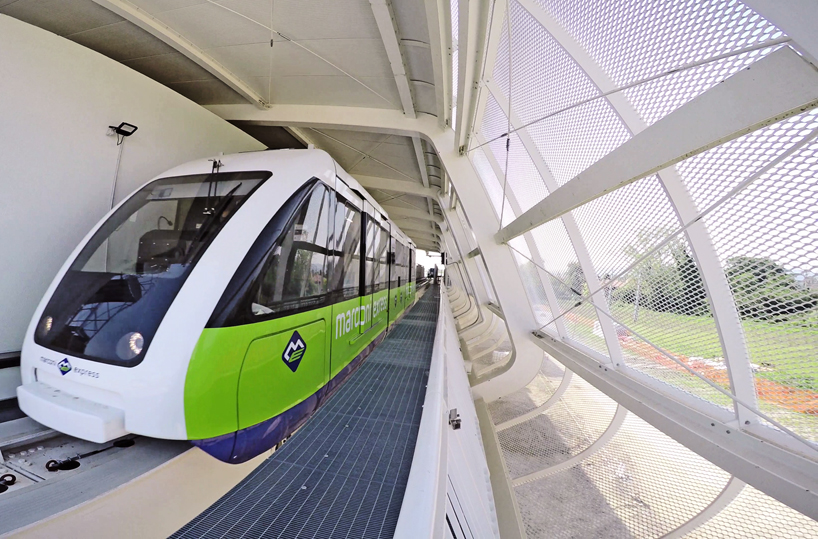 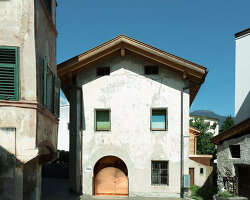 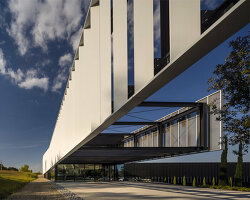 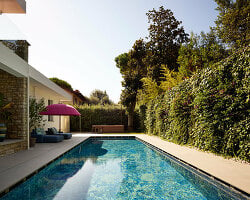 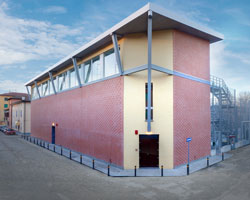 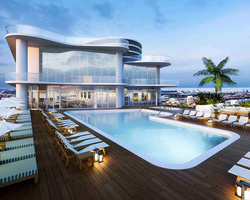 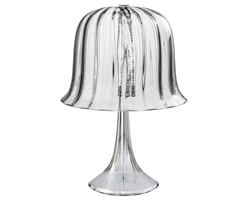 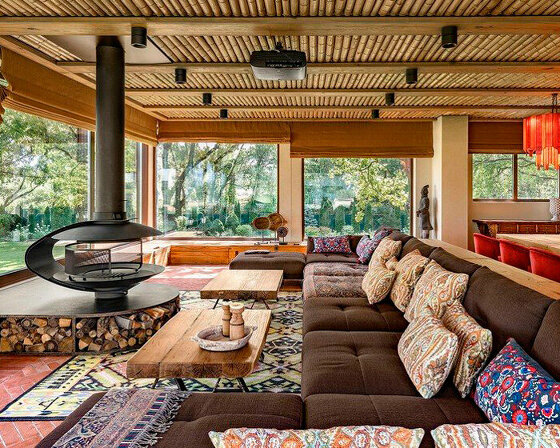