the pavilion of israel at the 2018 venice architecture biennale is unraveling the geopolitics of holy spaces, and the rules established in the 19th century to regulate conflicts and facilitate co-existence. through an architectural lens, curators ifat finkelman, deborah pinto fdeda, oren sagiv, and tania coen-uzzielli demonstrate the fragile and controversial system of cohabitation in the holy land — today israel-palestine — in the context of five major contested sites. ‘statu quo: structures of negotiation’ comprises a series of documentations that show how uncertain territorial claims have created some of the most significant and challenging sites to reexamine within this context. 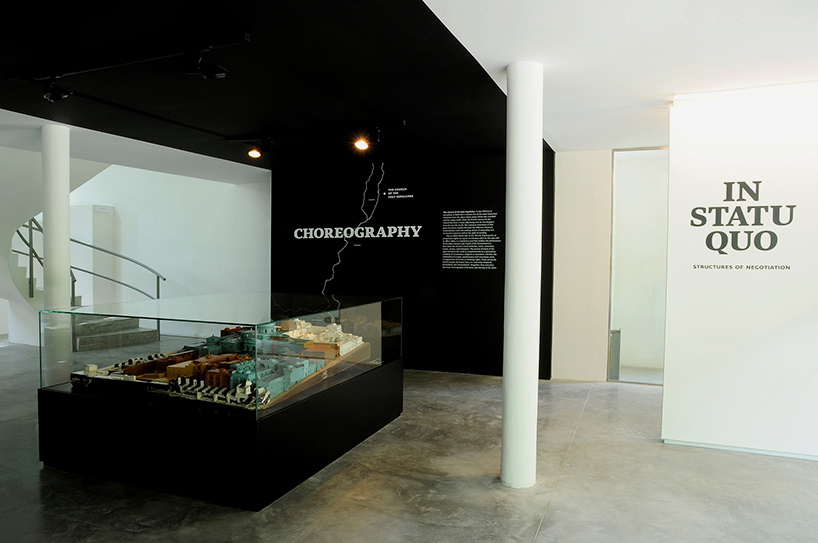 photo by claudio franzini, courtesy of the israeli pavilion
(main image) conrad s. schick, model of the church of the holy sepulchre and surroundings | by photo adi gilad

visitors enter the pavilion of israel on the first floor to find a 3D model of the church of the holy sepulcher by german architect conrad schick. since at least the fourth century, the site has been a pivotal christian landmark, and an important destination of pilgrimage. throughout history, the church has been marred with conflict between competing christian denominations for ownership over its many sanctuaries. legal instruments were implemented in the form of imposed territorial and temporal demarcations between six christian communities. while the status quo is still legally enacted, it is reformulated and evolving constantly. 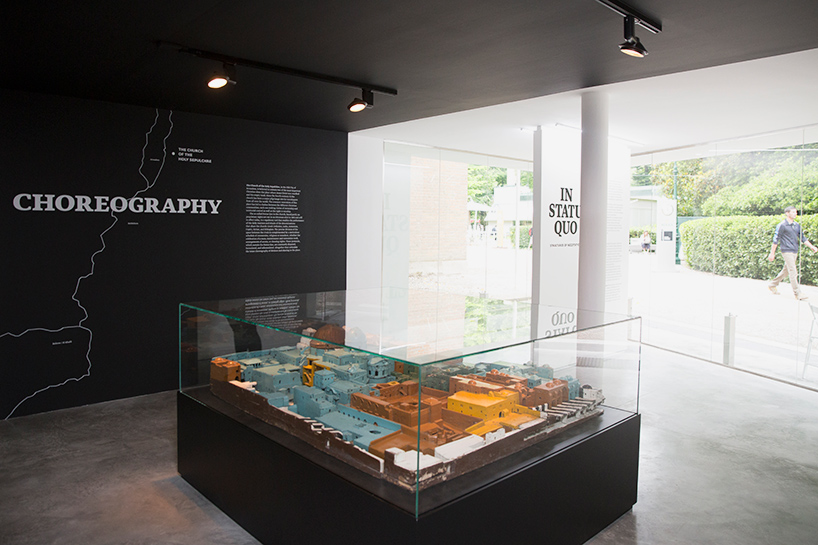 on the mezzanine level, ‘the ascent’ — an animated film co-directed and illustrated by david polonsky — provides the visceral experience of entering the mughrabi ascent — the only non-muslim entrance leading to the upper level of the temple mount/al- haram al-sharif /al-aqsa. a wooden footbridge was constructed by israeli authorities following the collapse of the earthen pathway in 2004, which sparked a series of disagreements regarding both its architectural layout and the control over its access. still, no plans for a permanent bridge have met the demands of the competing parties. the wooden bridge showcases architecture as active agents in territorial conflict. 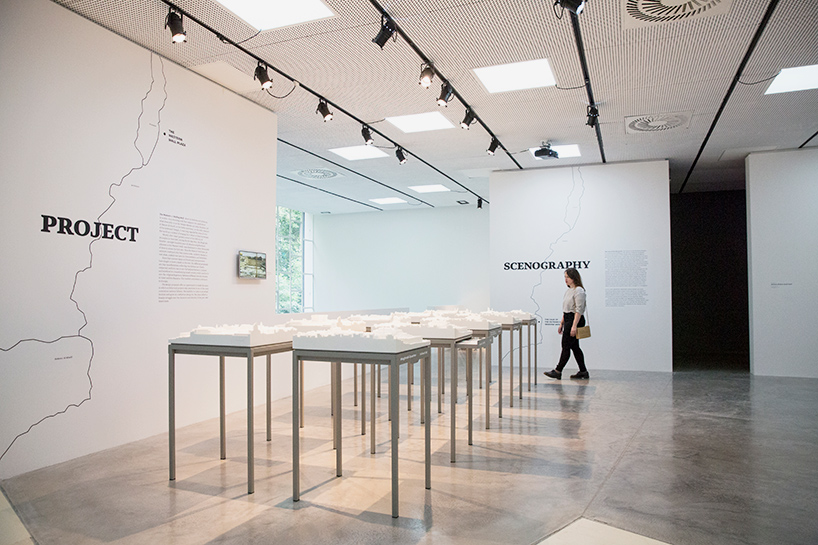 the pavilion’s third floor presents three projects, beginning with an exploration of the western wall’s structure and use throughout history. at the end of the six day war in june 1967, the western wall area suddenly became an undefined plaza. many architectural ideas for the site were proposed as an attempt to leave a mark on society, rather than to improve the plaza’s design. the israeli pavilion team chose ten of the most interesting architectural proposals of the western wall plaza over time — including works by louis kahn, isamu noguchi, moshe safdie, and superstudio. for each, the team created and are exhibiting custom-made, 3D printed models, in front of which a live stream of the western wall precinct is screened. 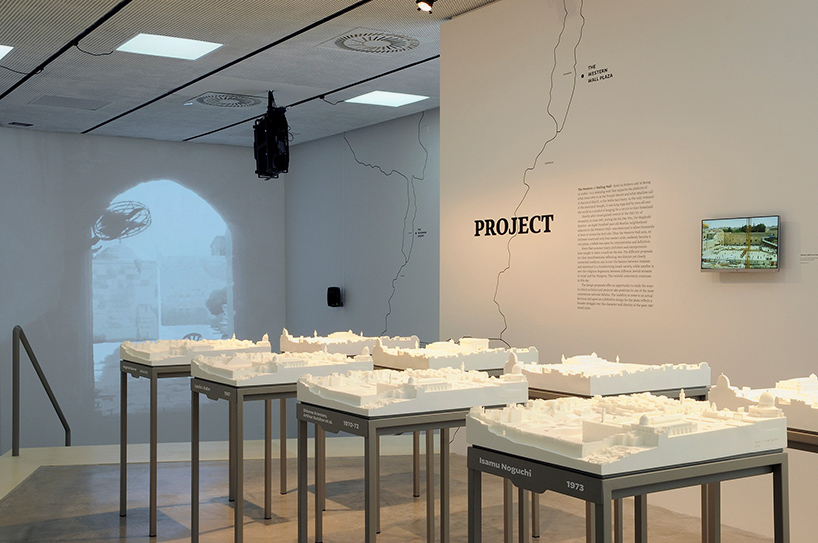 photo by claudio franzini, courtesy of the israeli pavilion

also on the third floor is a study of the cave of the patriarchs, known by muslims as the ibrahimi mosque — a site recognized as the actual location of tombs of the three great patriarchs and their wives. historically a place of worship for both jews and muslims, the site has been divided so that jews have access only to its southern halls, and muslims its northern part. 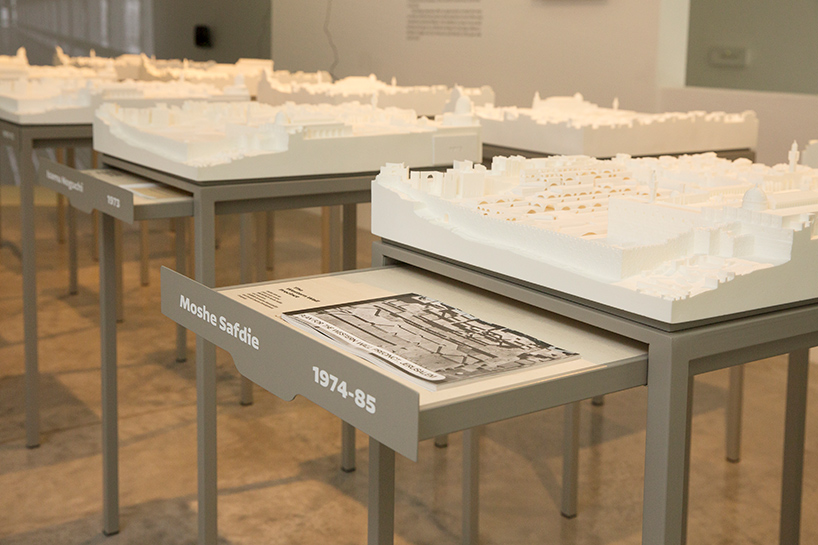 image courtesy of the israeli pavilion

however, 20 days a year, and for 24 hours at a time — aligning with special holidays and under close military control — the site passes hands: each religion is given total use of all chambers in the cave. the jewish area is cleared all jewish artifacts and is vacant for a few moments before the muslims enter with their own artifacts and turn the cave into a mosque for the next 24 hours. israeli artist nira pereg created a video installation that demonstrates the scene that takes place within that intense and ritualistic period from both jewish and muslim perspectives. 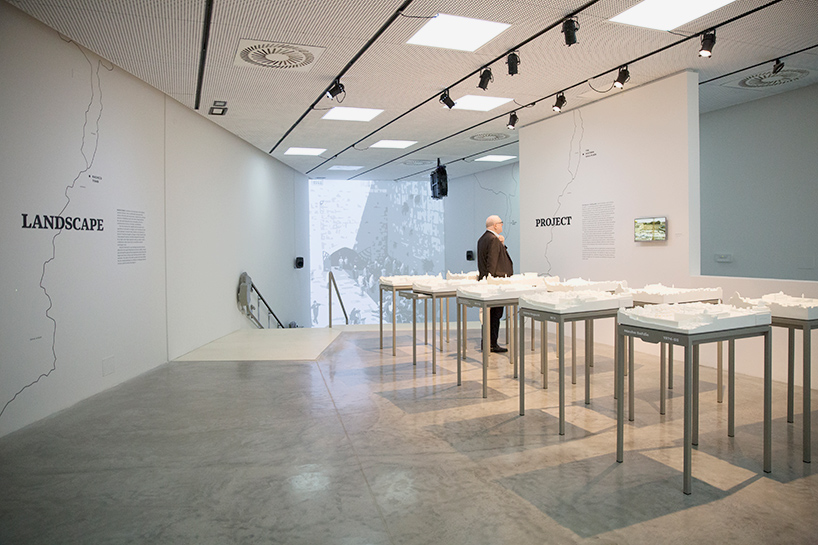 finally, visitors reach the final holy site, rachel’s tomb, revered as the burial place of biblical matriarch rachel. the site has become a compound surrounded by an 8 meter-high separation wall, accessible only to jewish worshippers. studying the evolution of the site over history reveals the landscape as a medium of exchange between space and the events that shape it. as part the exhibition, an animated architectural drawing, tracing the changes over the years, shows the transformation of rachel’s tomb from an open space to a closed-in enclave. three movies show the area in two periods — the early 20th century and today — emphasizing the ways in which visitors and worshipers from different sides of the political map experienced the site. 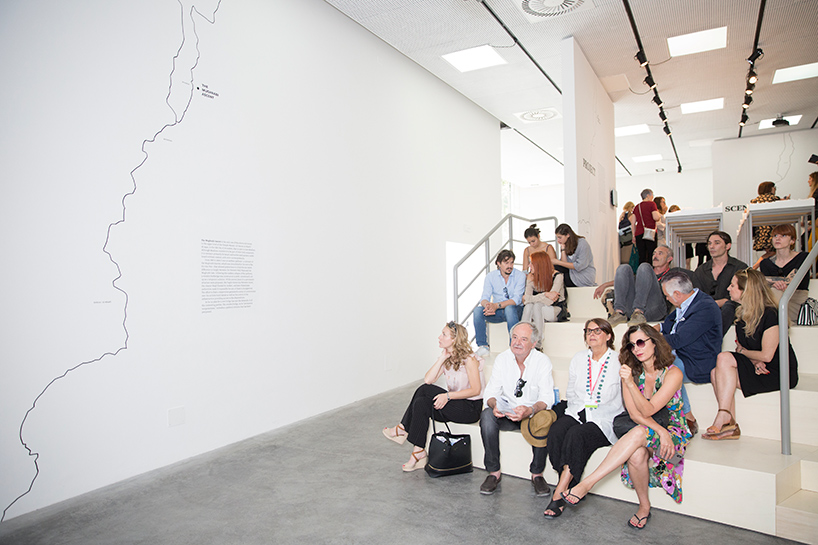 image courtesy of the israeli pavilion