japanese studio issho architects have designed a three-storey house for a two-generation family in the suburbs of tokyo. resembling separate volumes arranged and stacked on top of one another, the dwelling distinguishes separate spaces for each family unit while still remaining holistically connected through a common circulation spine. 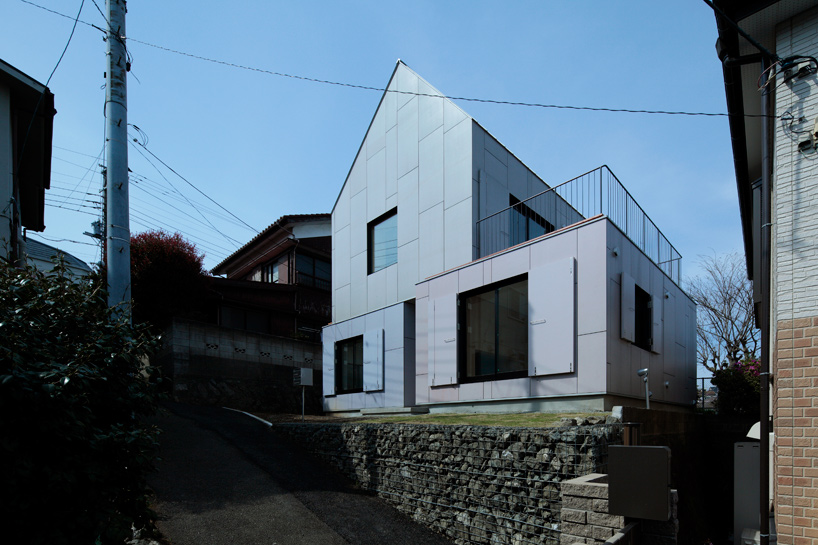 the exterior is clad in alternating metal panels. some are set in hinges to swing out, exposing the black-framed windows beneath. the roof space of the lower level volumes serve as outdoor terraces that can be accessed from the second storey. 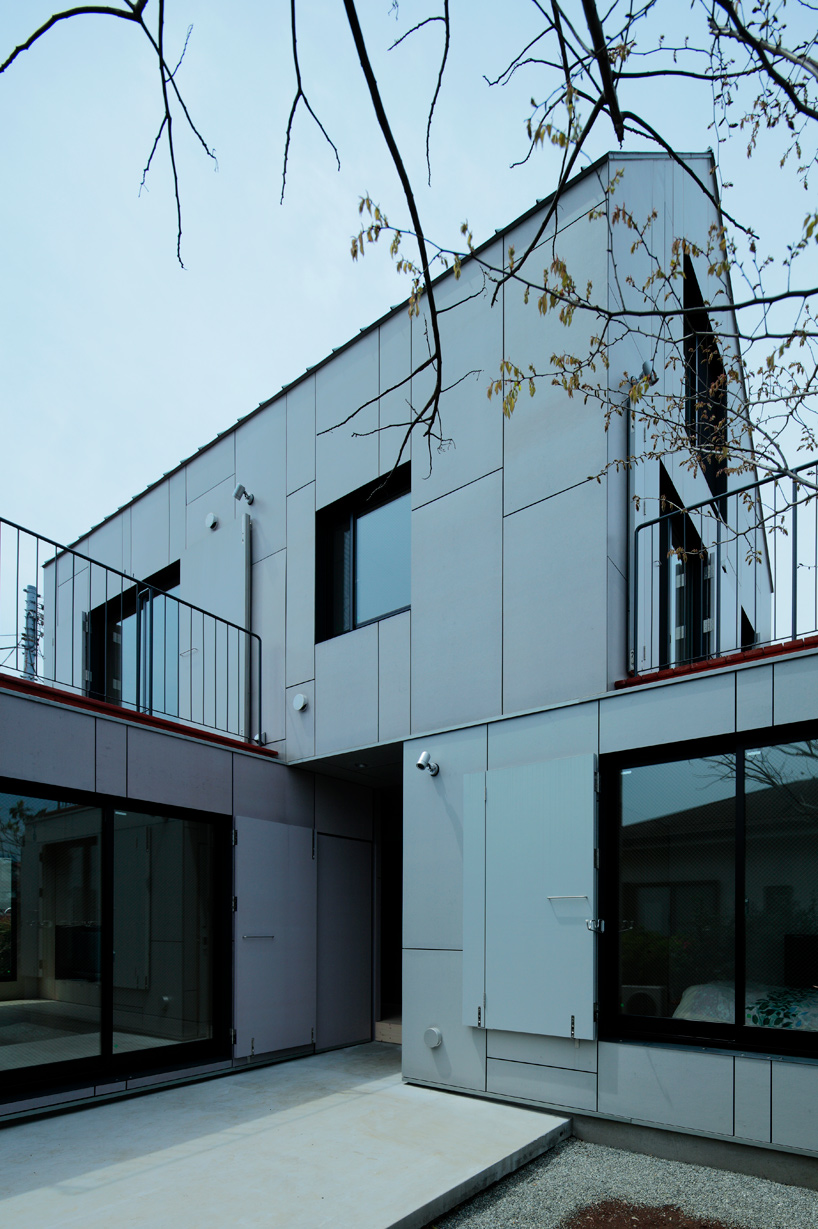 the first and second levels each feature a living/dining/kitchen area, a bedroom, and washroom. centrally on display is a circular pillar which encases a revolving staircase. running through all the levels, it singularly connects the house and family together, performing like a ‘public street’ where dwellers can feel the life of others. 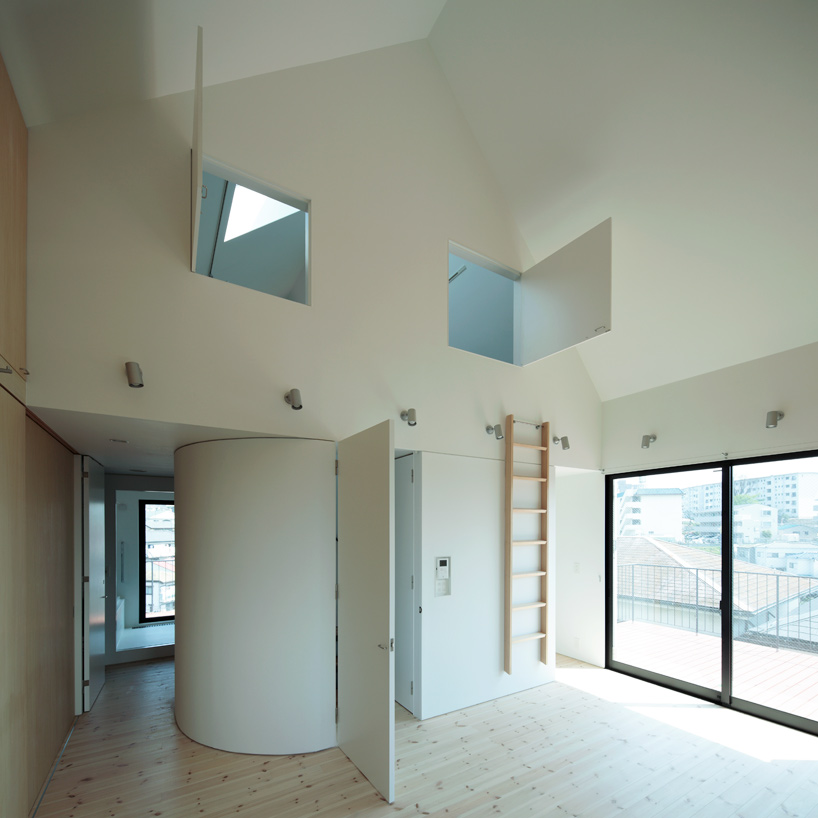 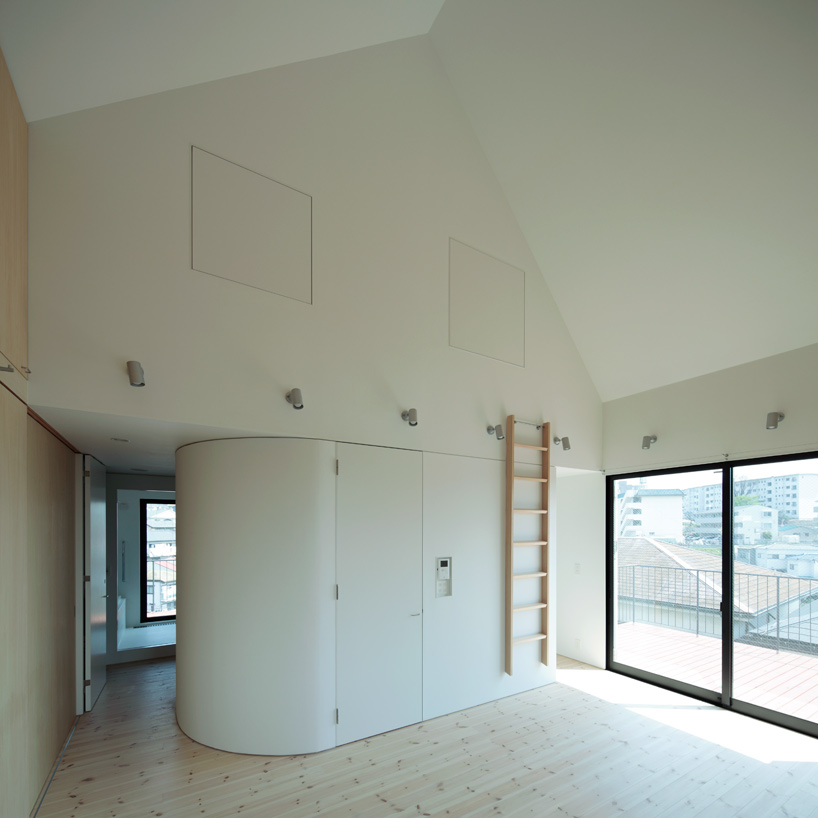 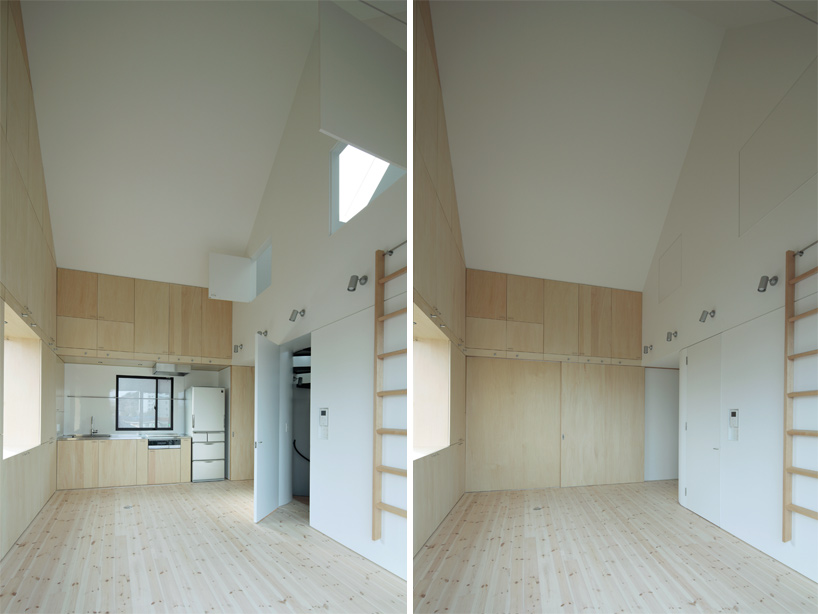 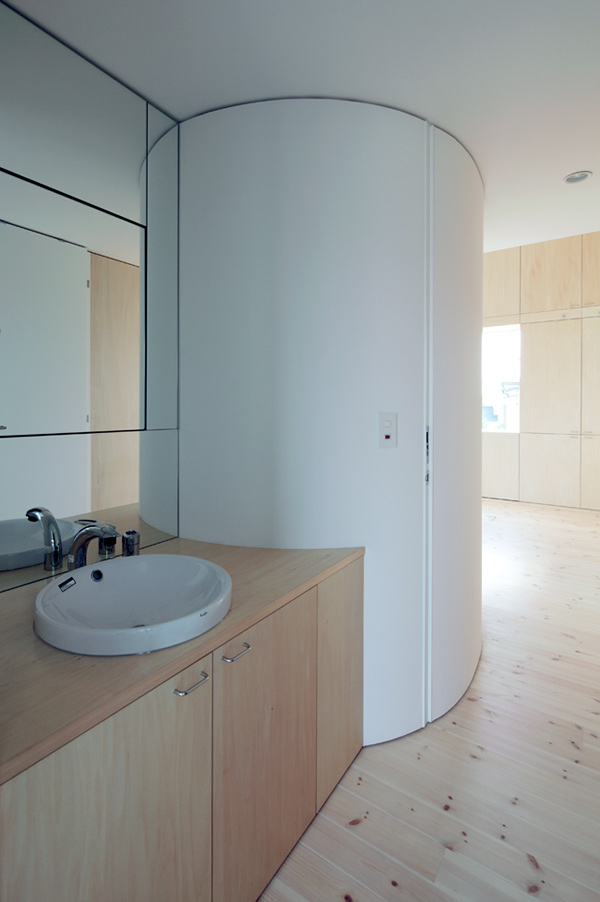 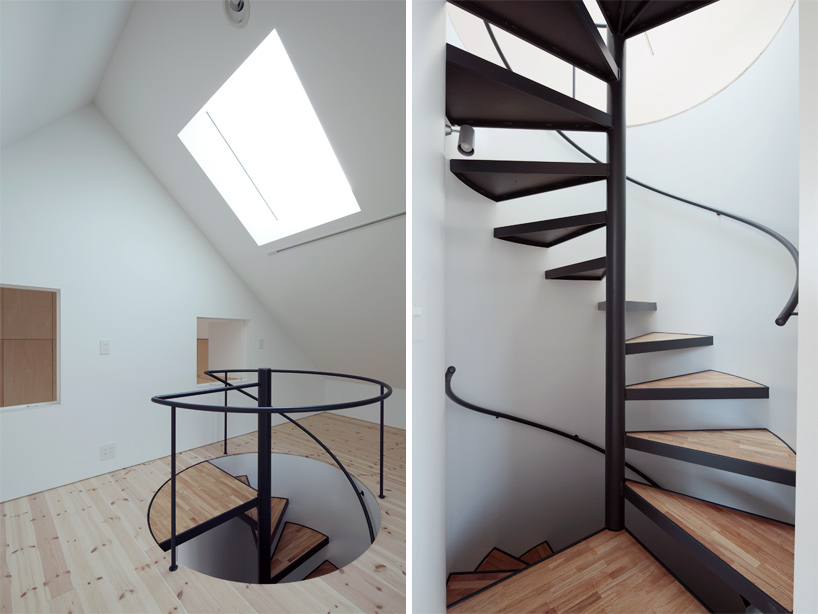 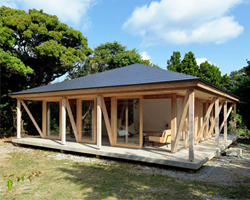