1) the central conical array transmits and transforms the light of the sky from the large overhead skylight.

2) the surrounding spiral array pulls in the changing light of the city outside from the spiraling skylights that follow the ramp. at night these two arrays switch over to artificial light powered by batteries, solar-charged from transparent photovoltaic film applied to the skylight glass.

3) the peripheral array’s mediated light projects images from the NY guggenheim’s collection. fed from a digital database, these images can be arranged in a variety of ways: by default they are organized chronologically along the building’s five ramped galleries into five decades. within each structural bay between the supporting piers, the viewer can use an interactive device to reorganize a sampling of the collection by artist, by genre, by size, by color, etc.

‘lightcone’ ultimately attempts to further wright’s interests in exploring the plasticity of structure, the continuity of space, and ‘bringing the circle into the third and fourth dimension’, while integrating five decades of content from the guggenheim’s collection into the building’s spatial experience. 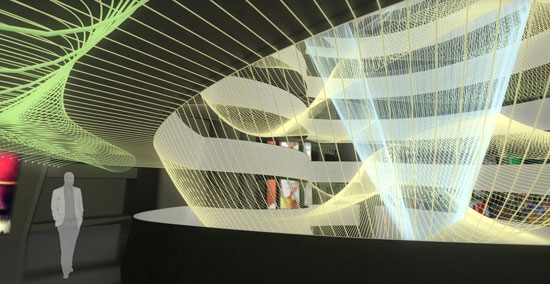 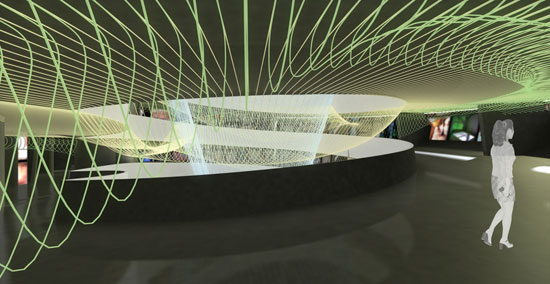 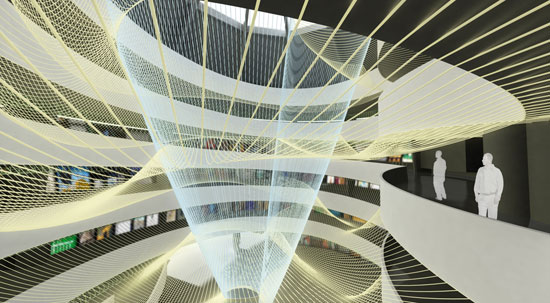 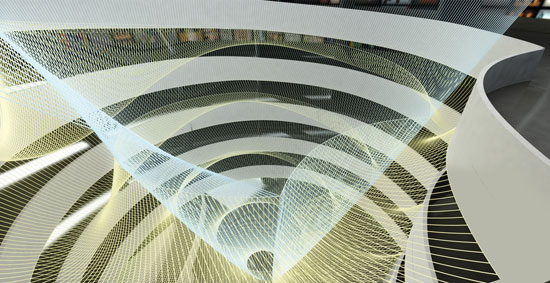 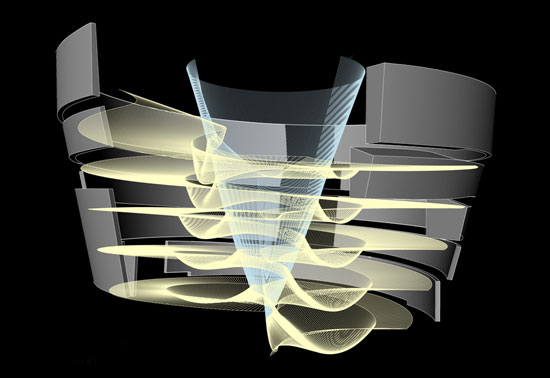 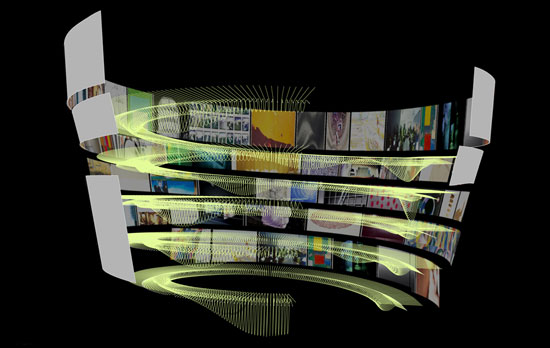 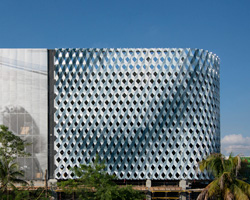 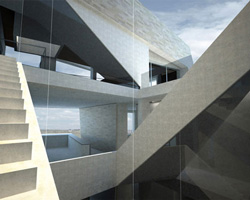 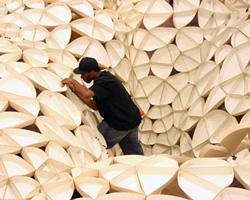