contemplation, tranquility and a constant relation between interior and exterior are the key principles of this house designed by 5 sólidos for colombian superstar j balvin. located in llanogrande, just 30 minutes from medellín, colombia, casa dos aguas was inspired by a japanese aesthetic oriented towards openness and spatial fluidity, something balvin encountered after a trip to japan. ‘architecture, music, fashion—they’re all forms of expression. when it comes to the places I live, I definitely take a less-is-more approach,’ the latin grammy award– winning artist told architectural digest. ‘a house should be a place where you can rest your spirit. I’ve tried to create places that feed my soul, not my ego.’ 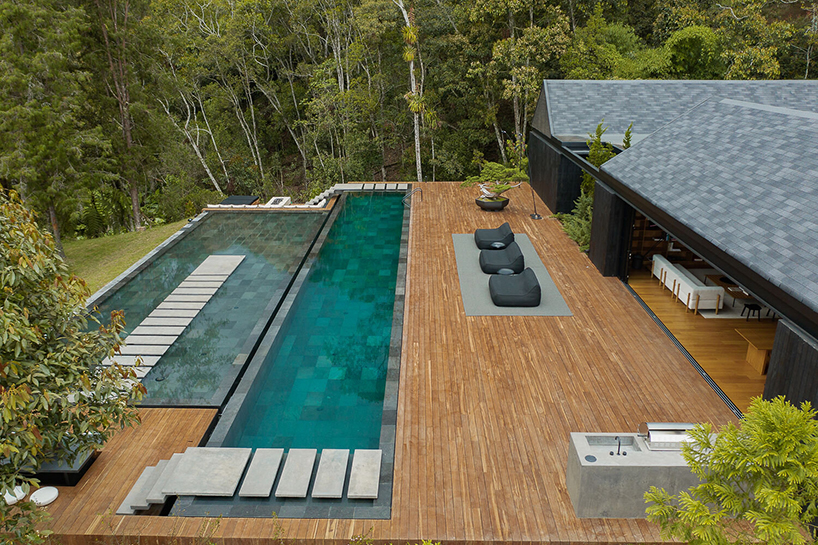 all images by mateo soto

planned initially as a reformation project, the casa dos aguas by 5 sólidos for j balvin maintains the original layout of the preexisting home. composed of two perpendicular volumes, which were opened up by a tall, imposing pitched roof, the house was cut across by a naturally illuminated wood corridor. as the project progressed and became more ambitious, the entire outdoor layout was proposed and added to the construction as a second phase. 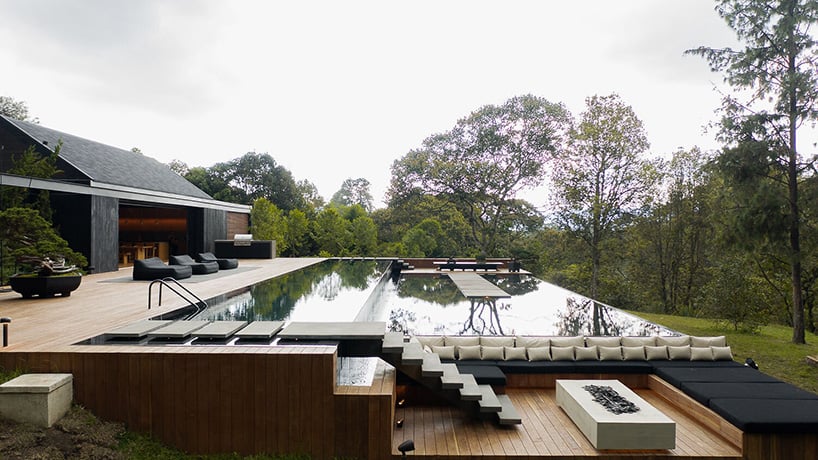 nestled in a luscious green paradise, typically found in colombia’s mountain ranges, the understated pavilion lets nature be the protagonist. proposed as an ode to japanese simplicity juxtaposed with scandinavian elegance, both light and materiality constitute the essential theme that work together with balance and poise. from an array of bonsai to warm oak wood wrapping the floors, walls and pitched ceilings, the house has been furnished with an aesthetic that is honest, simple and carefully curated. 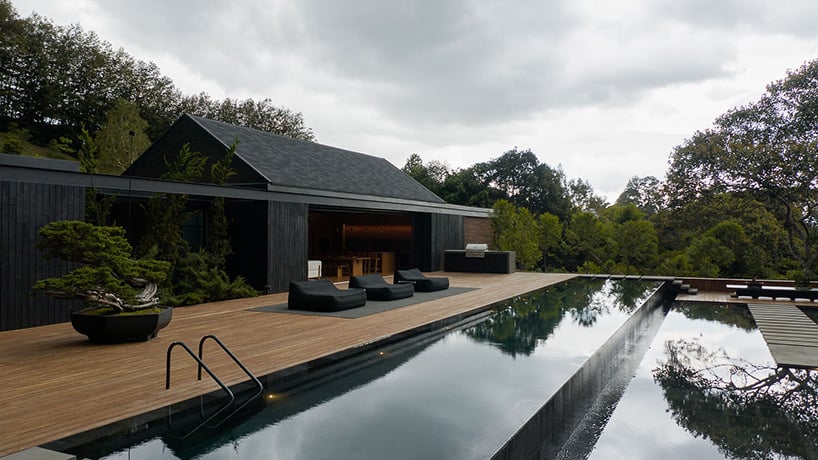 an art collector himself, j balvin also has a keen interest in design. the dinning chairs are thonet, vibia lamps illuminate the house, and osso stools by ronan and erwan bouroullec for mattiazzi invite to sit down. ‘jose is very demanding. he has a clear idea of what he likes and how he wants to live. you see it reflected in the artwork he collects, the books on the shelves, the neutral palette—every detail down to the sheets and towels,’ continued elisa ortega, 5 sólidos partner. 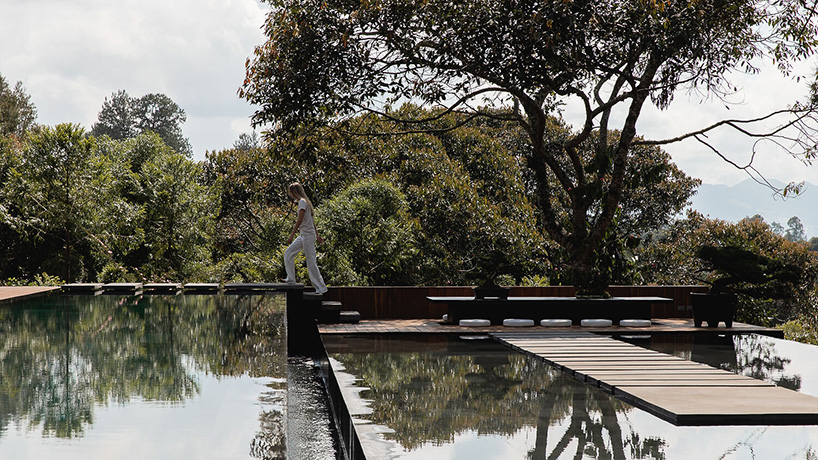 overall, as the architects say, the entire space has a sense of coherence and balance where the theme is translated into every detail of the house, creating a dialogue in every gesture and use of the space, where details are meant to create moments of awe. 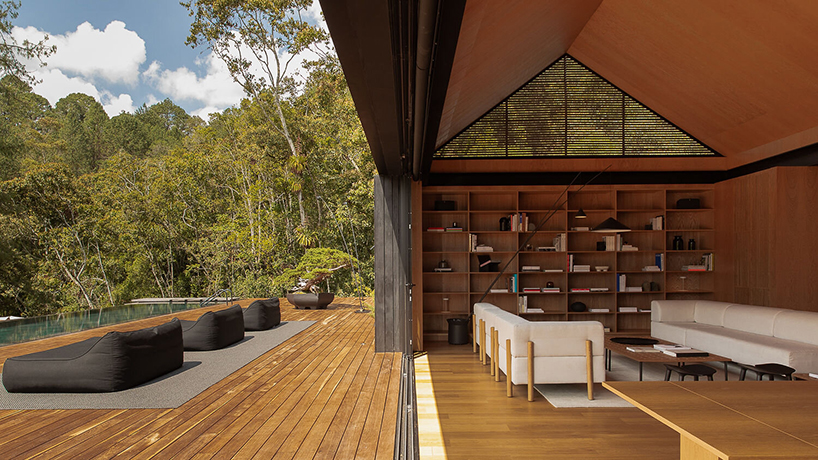 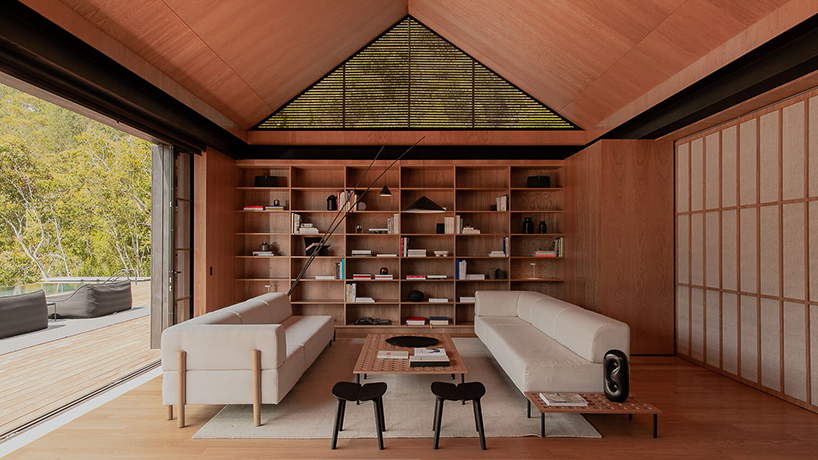 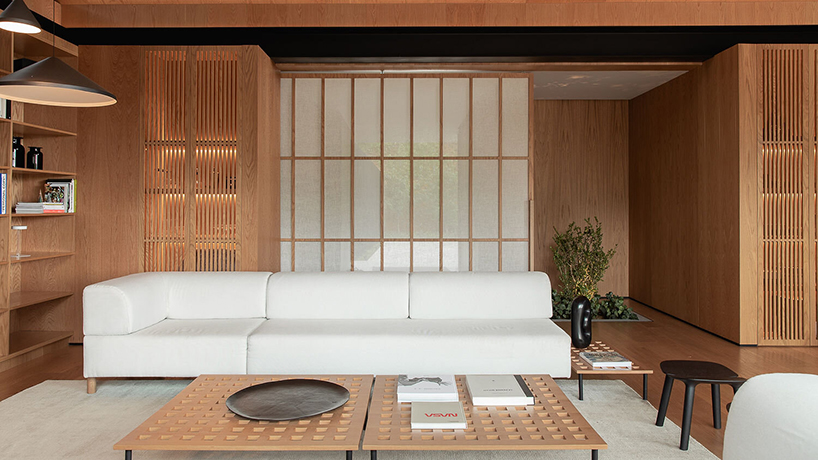 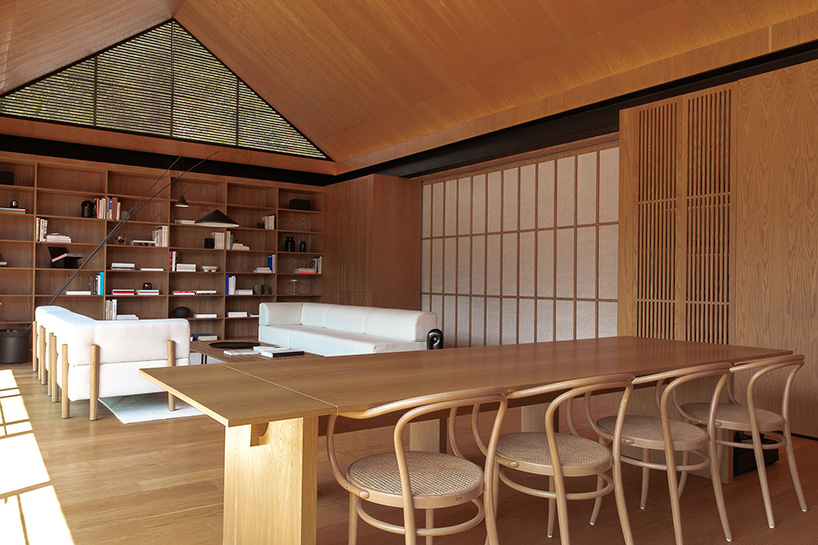 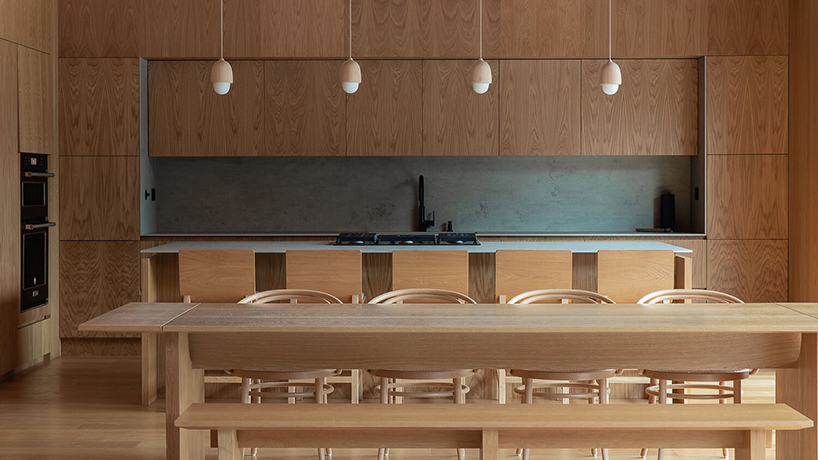 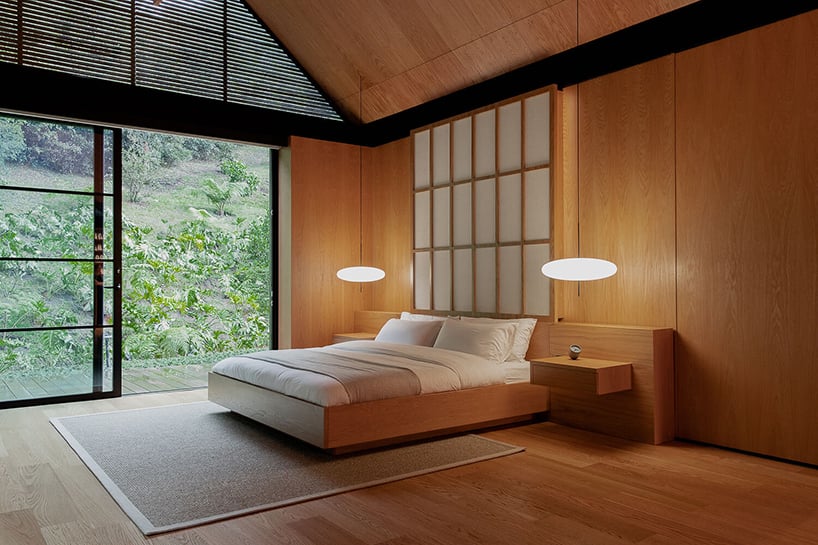 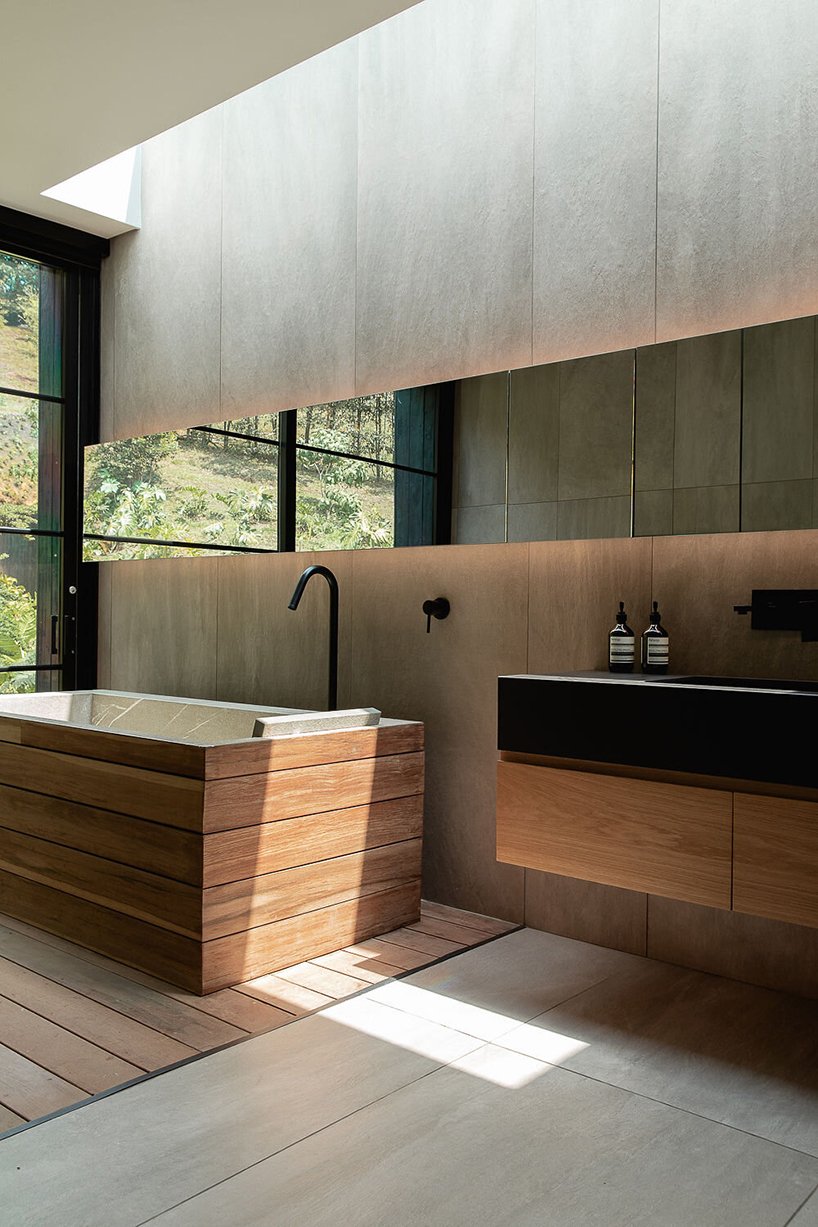 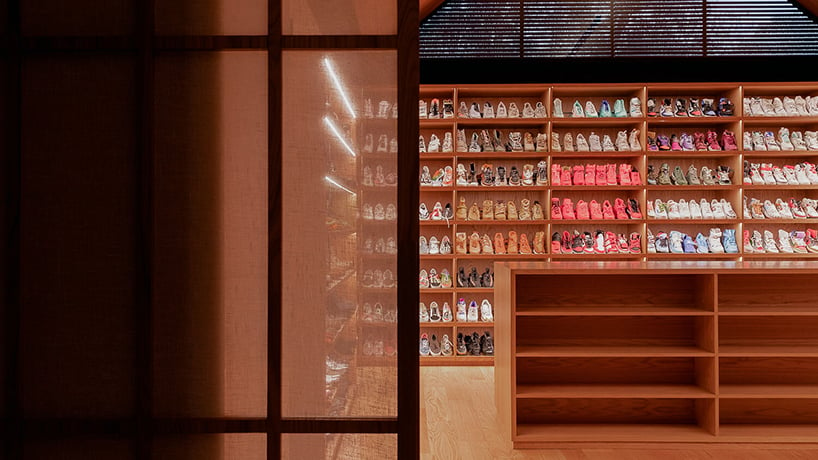 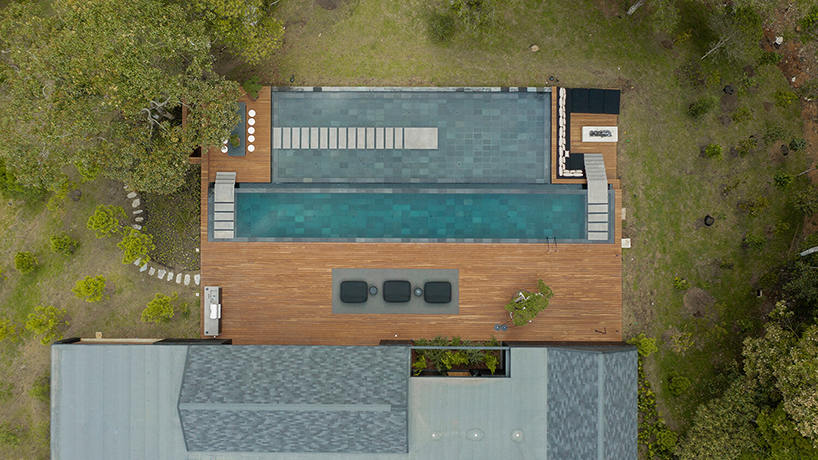 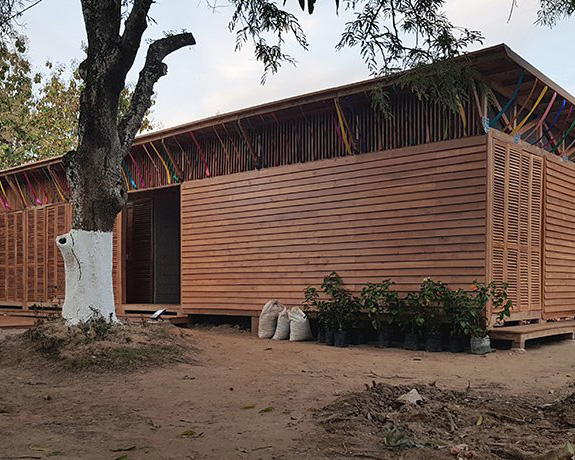 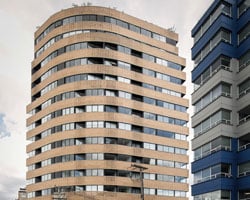 May 25, 2020
martinez arquitectura explores the lightness of brick for multi-purpose tower in bogotá 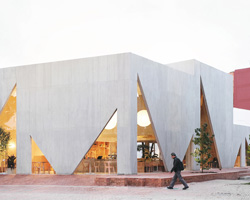 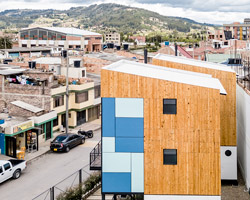 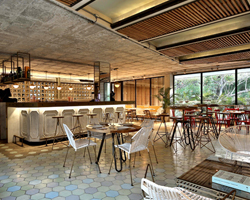 Oct 21, 2020
anna heringer's 'anandaloy' is a mud and bamboo community center in bangladesh
'anandaloy', which means 'the place of deep joy' in the local dialect, has received the obel award 2020.
architecture
672 shares
connections: +1210