the docks de paris project by paris based architecture studio jakob + macfarlane is nearing completion. the building was first designed in 2004 for a competition held by the city of paris. jakob + macfarlane’s entry eventually won the competition and has been underway since 2007. the project is actually a renovation of a concrete shipping depot originally built in 1907, which the architects chose to keep for the base of their new design. the architects are calling their design a ‘plug-over’ as the new structure is a new external skin that enveloped the existing site on the sides and on top. the river facing façade features a glass covered steel tube structure that is inspired by the flow of the river and its pedestrian promendades. the roof has also been developed using wooden decks and grassed areas. the front façade addition serves as the buildings circulation system allowing visitors to move between levels. inside the new building will feature a variety of programming including galleries, retail shops, the french fashion institute, and cafes. 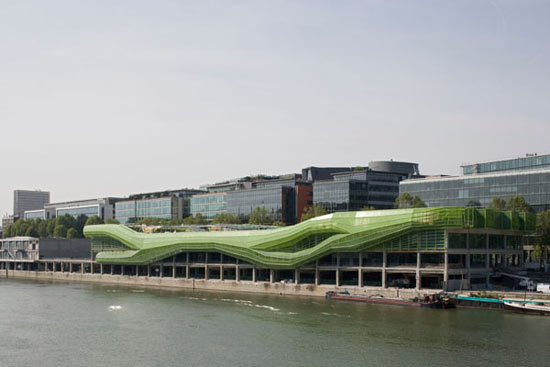 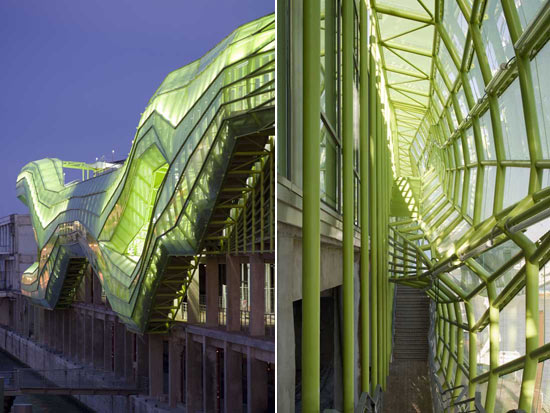 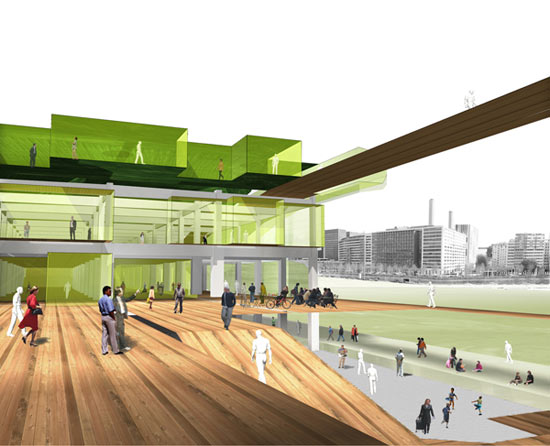 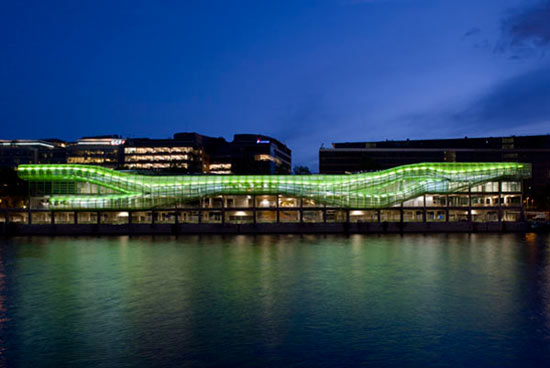