created by french practice jakob + macfarlane ‘la ville intelligente’ was temporarily featured within the parc de la villette of paris. conceived for the hellodemain exposition, the distinctive facetted pavilion was sited within close vicinity to the geode and canal de l’ourcq with visibility from both sides of the park. the continuous form is an interpretation of the orange brand ‘dna’ gesturing towards the established intelligent city theme. warmly welcoming visitors from various directions with multiple entrances, it functions as a node distributing technology and media information within a larger network. 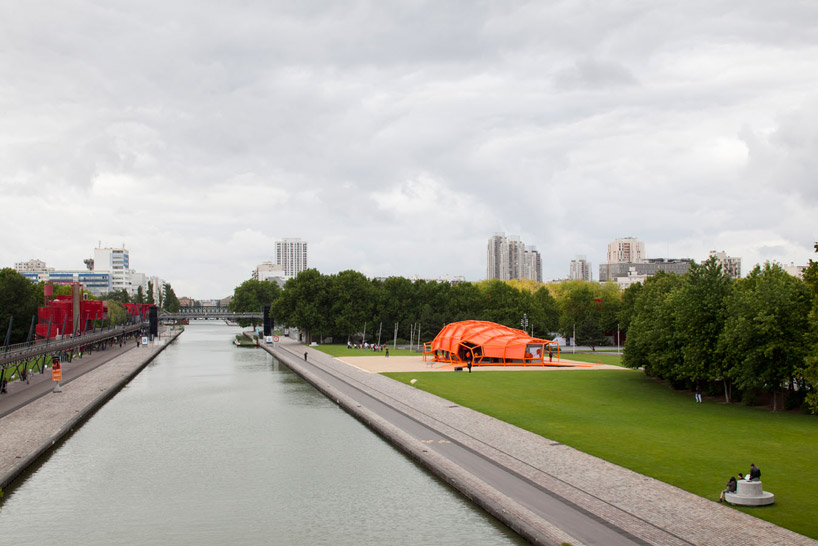 visible from both sides of the park image © nicolas borel photographer

orange enameled steel tubes form an exterior framework while a matching colored canvas is tautly strung below the established grid. the pavilions structure rests directly upon a paved promenade distributing its weight through metal circular ‘feet’. vertical tubular members  emerge from these base supports and are composed of welded segments creating a visually continuous span. the intersecting horizontal struts are bolted with flat plates at each connection. 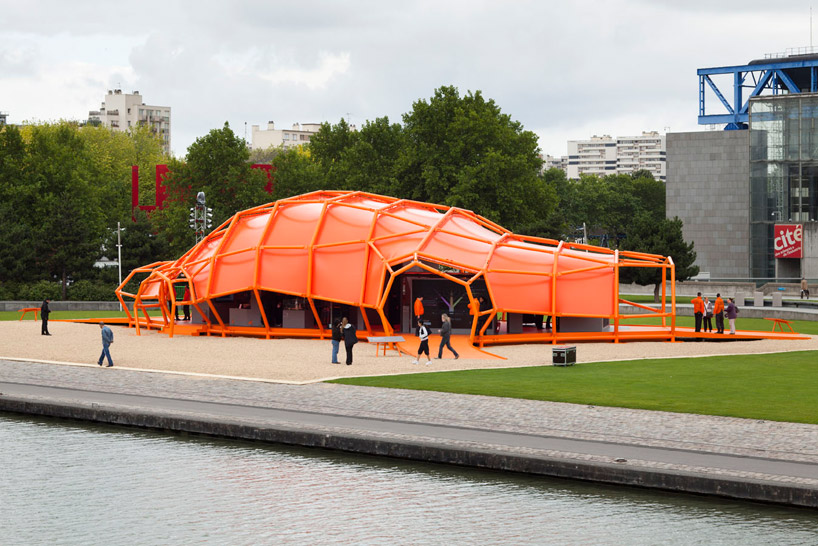 approach from promenade along the canal image © nicolas borel photographer

the architects, jakob + macfarlane state in reference to the project: ‘la ville intelligente was conceived as a future ‘paris’ or structure into which arteries are connected to a metropolis of the future … entering and exiting into a new space where people can rediscover within an urban network, peripheries, streets, places … a new urban scenography of networks, furniture and objects.’ 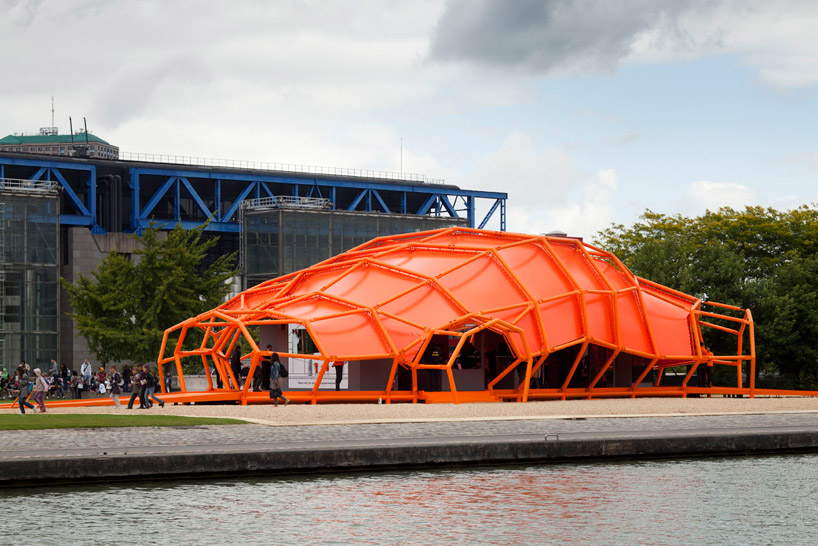 view of pavilion from the promenade image © nicolas borel photographer 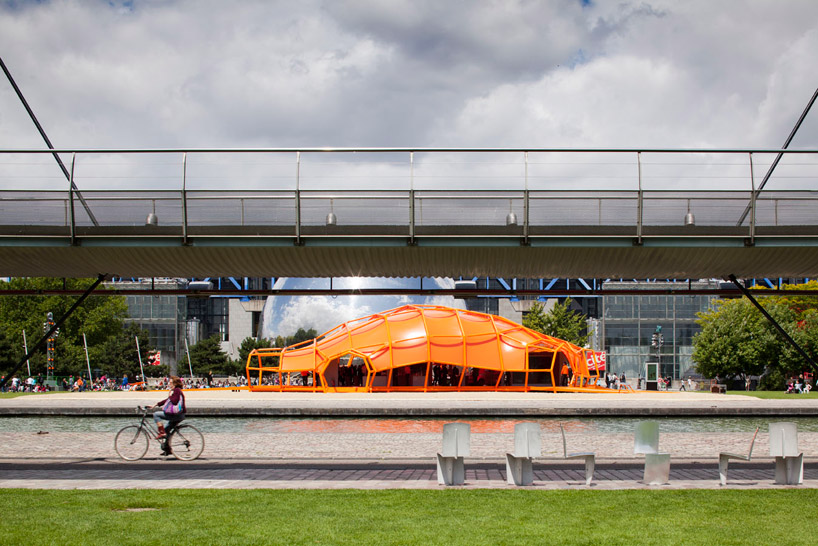 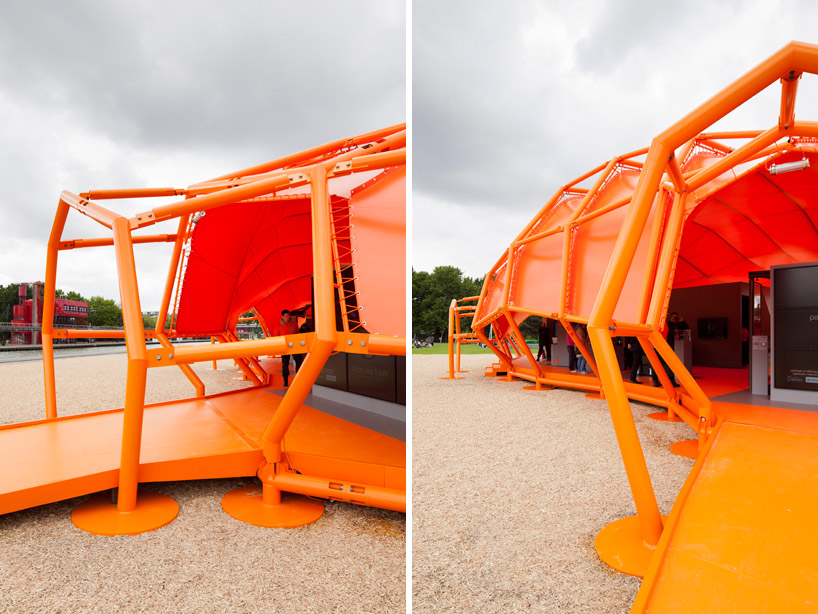 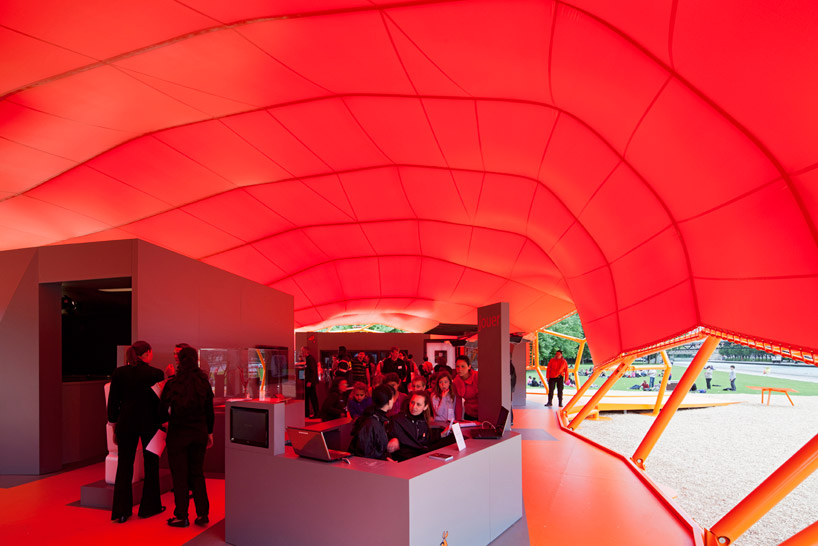 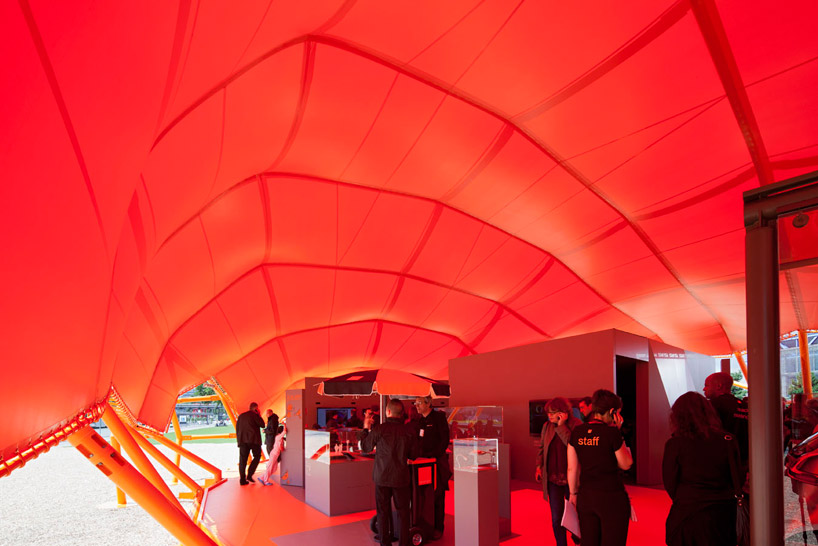 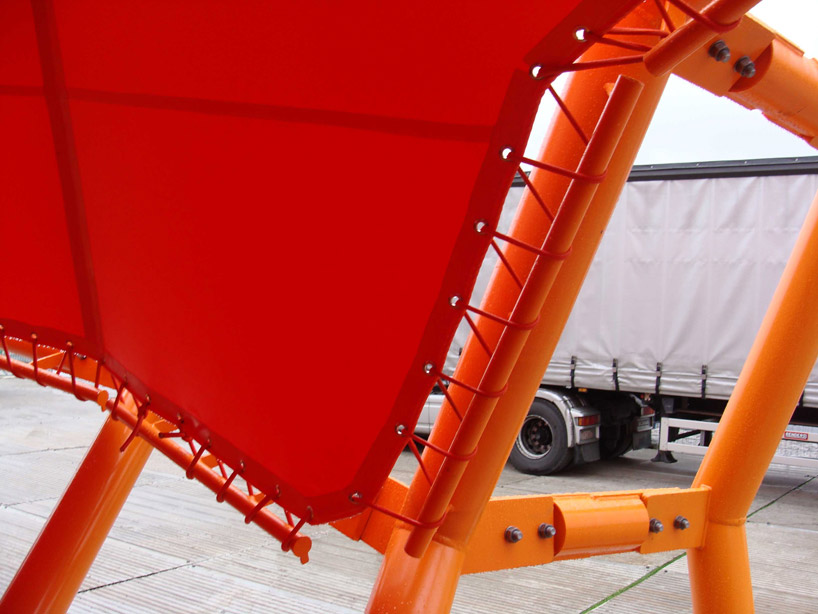 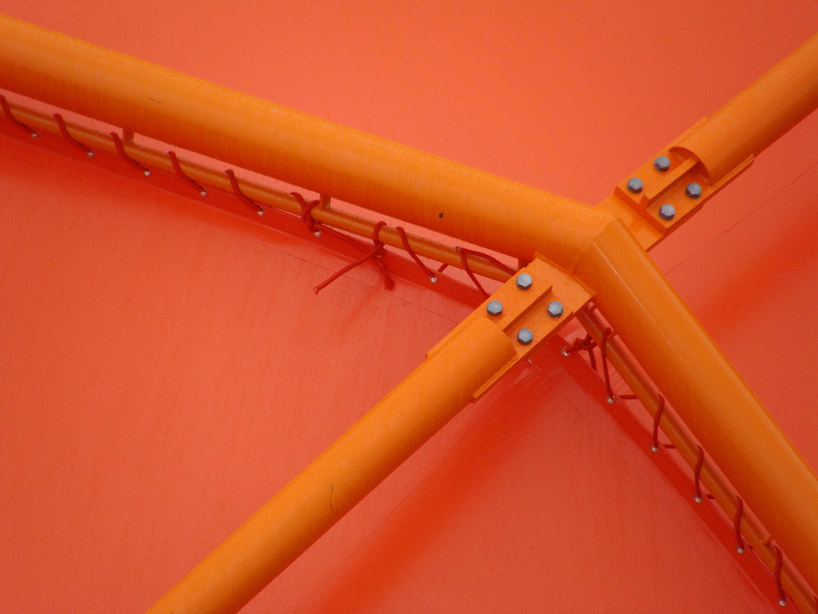 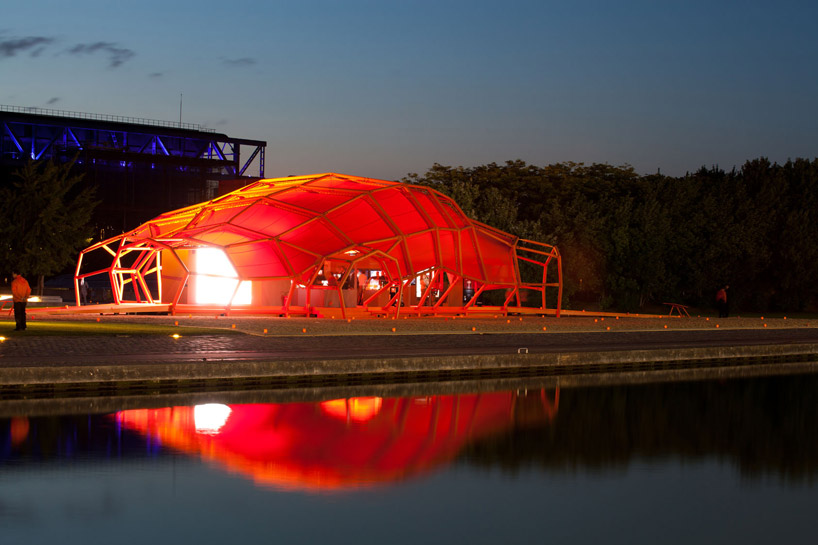 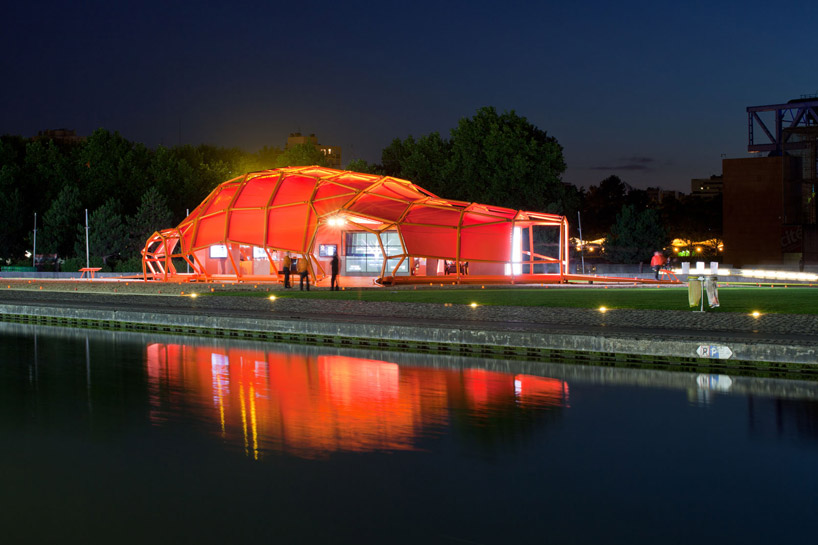 illuminated from the inside image © 11h45 photographer 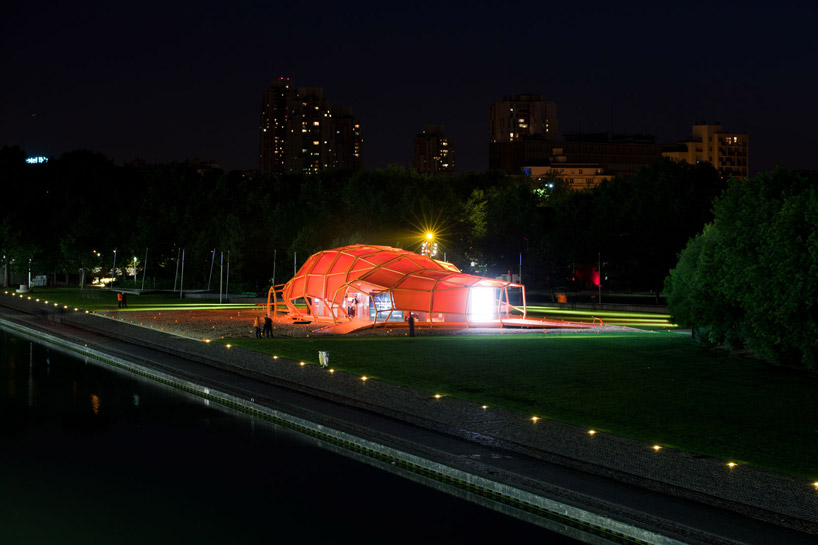 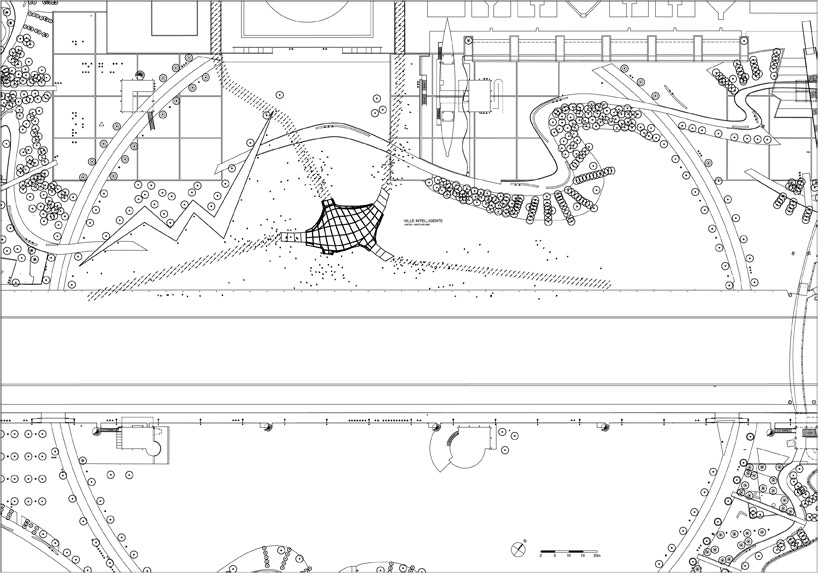 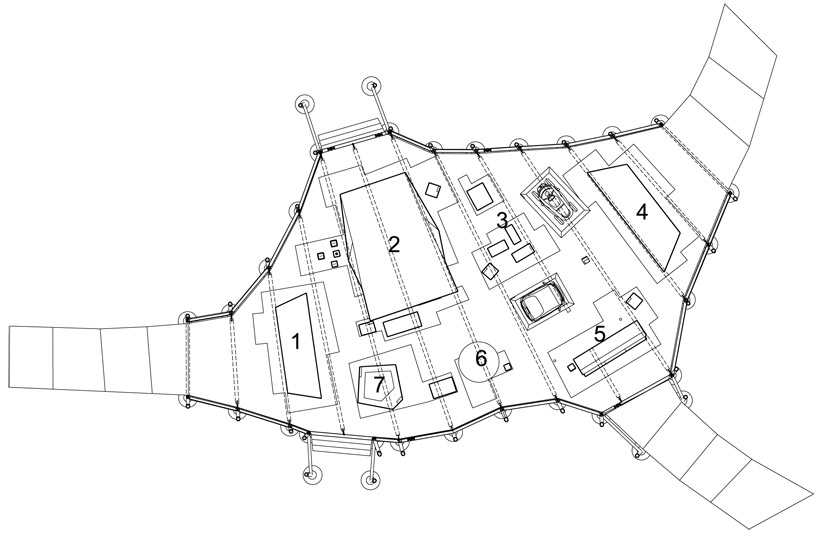