eight foot concrete tubes could be the future of housing, at least that’s the solution to the fast growing population offered by hong-kong architectural studio james law cybertecture. its microhomes – known as opods – repurpose water pipes into small habitable spaces with no more than 100 square feet of living space, a sort of tube housing that could be the answer to housing crisis’ in cities across the world.

james law cybertecture designed the build as a possible solution to the lack of both space and affordable housing in hong kong. the tubes are designed to accommodate one or two people, including a living room with a bench that converts into a bed, a mini-fridge, a bathroom, a shower and storage space for clothes and personal items. whilst extremely heavy, perhaps the main USP is that they require little in terms of installation and can be easily secured to one another, reducing installation costs and offering an efficient way to constructing new builds. 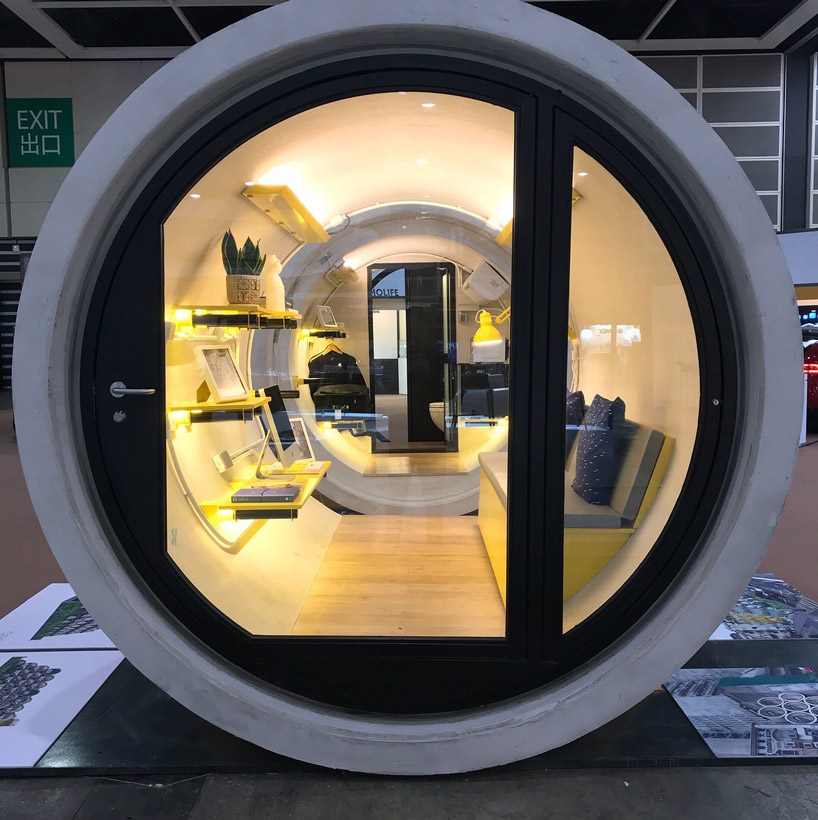 the studio imagines this type of housing might be installed in areas such as narrow alleyways between buildings, but also dedicated sites where multiple units could be stacked atop each other, with simple metal stairways providing access. whilst still in the prototype stage, it has been reported that if plans come to fruition, each opod could cost around $15,000 (€12,250 or £10,885). 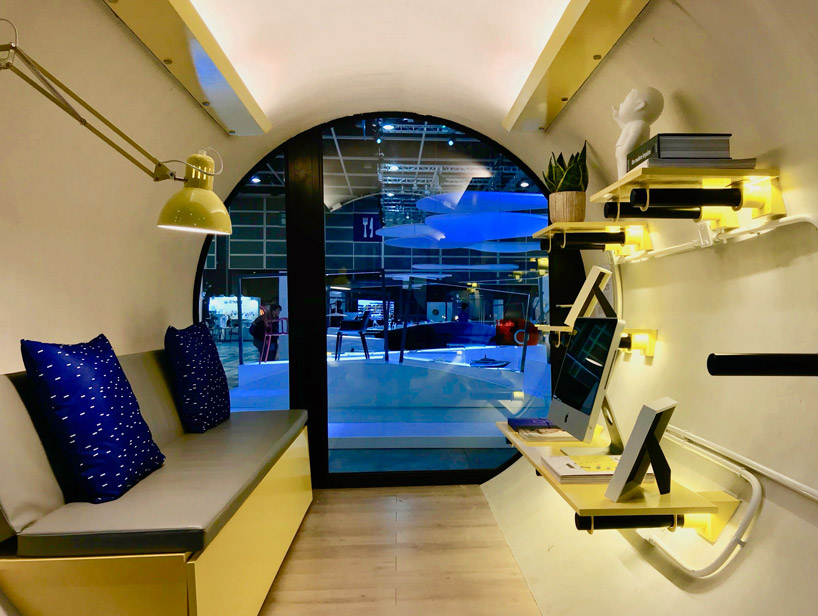 law’s first experiment with microhome concepts to ease hong kong’s housing crisis was the 2015 aipod. this container-sized mobile pod house promoted flexible living with a working space, bathroom and kitchen. made from aluminium, it was lightweight and designed for stacking up into high rise building. 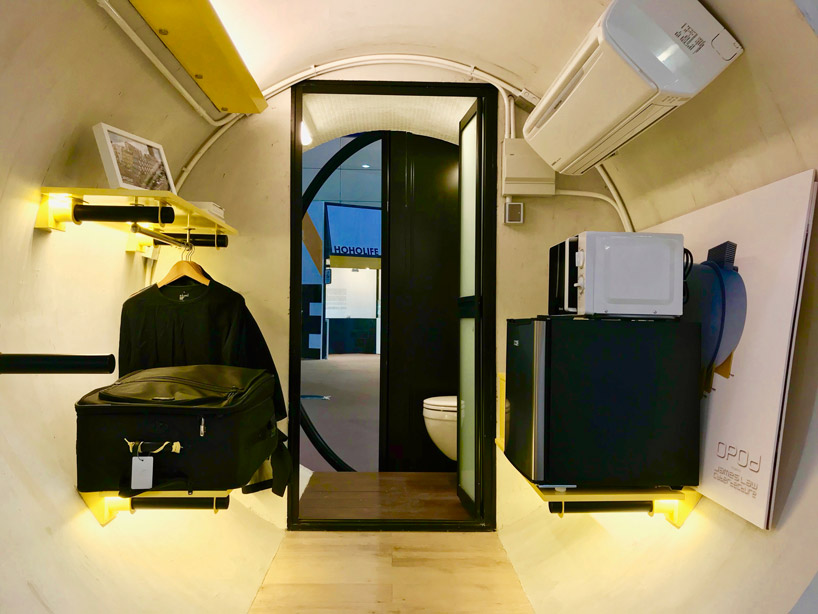 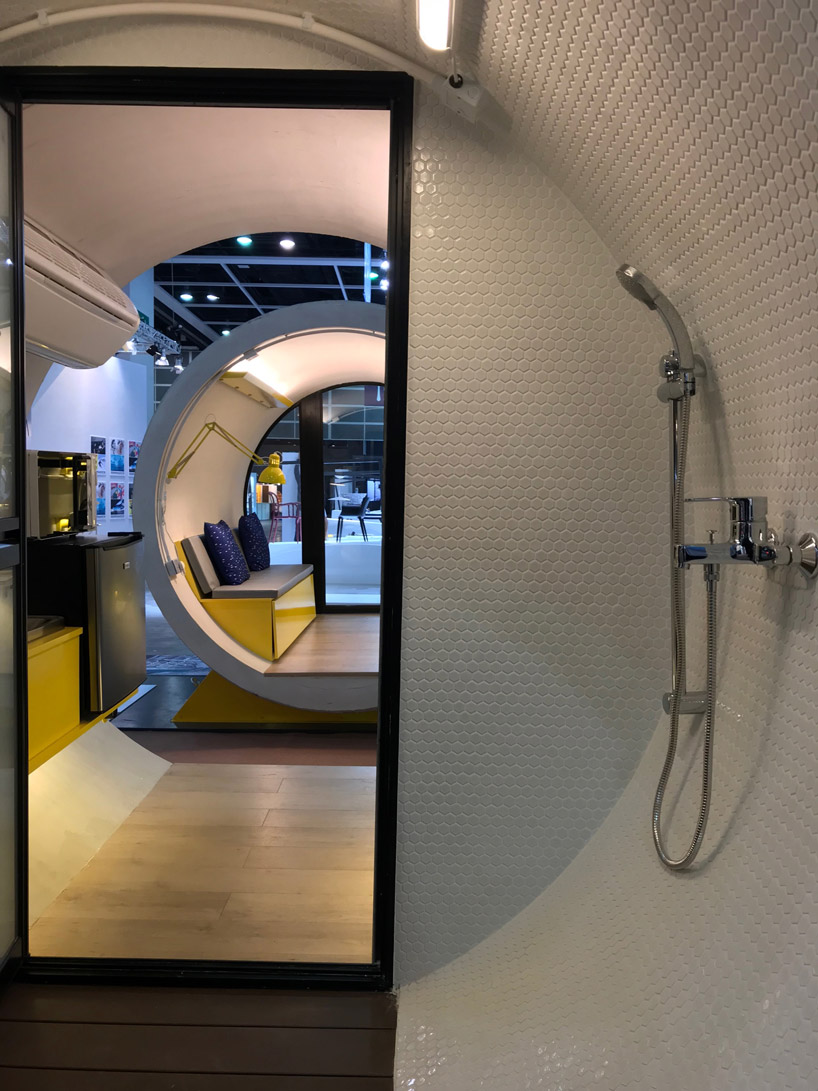 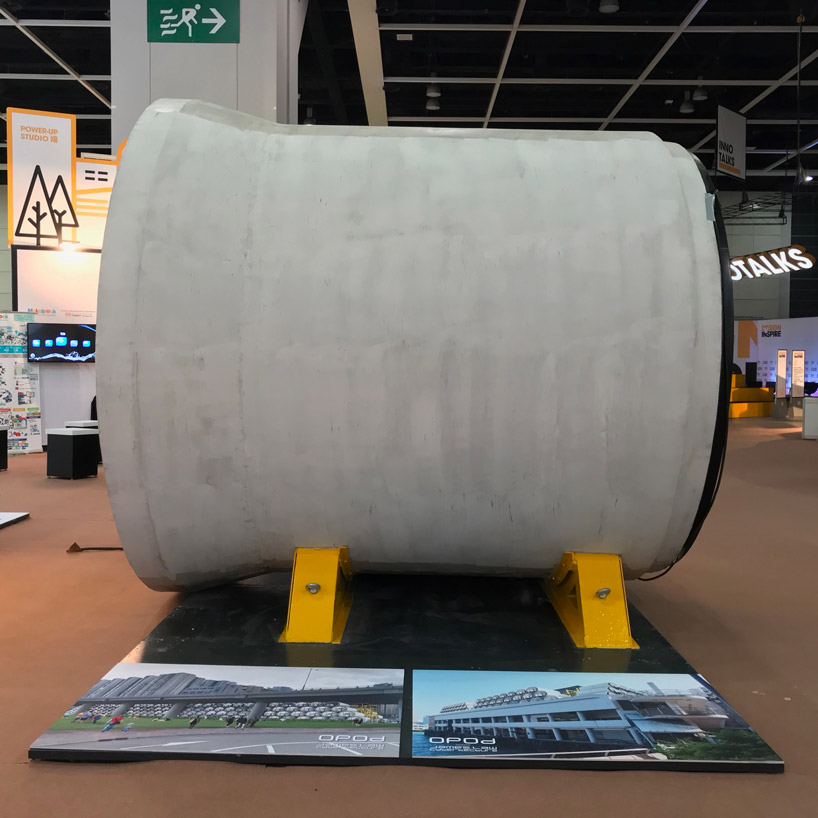 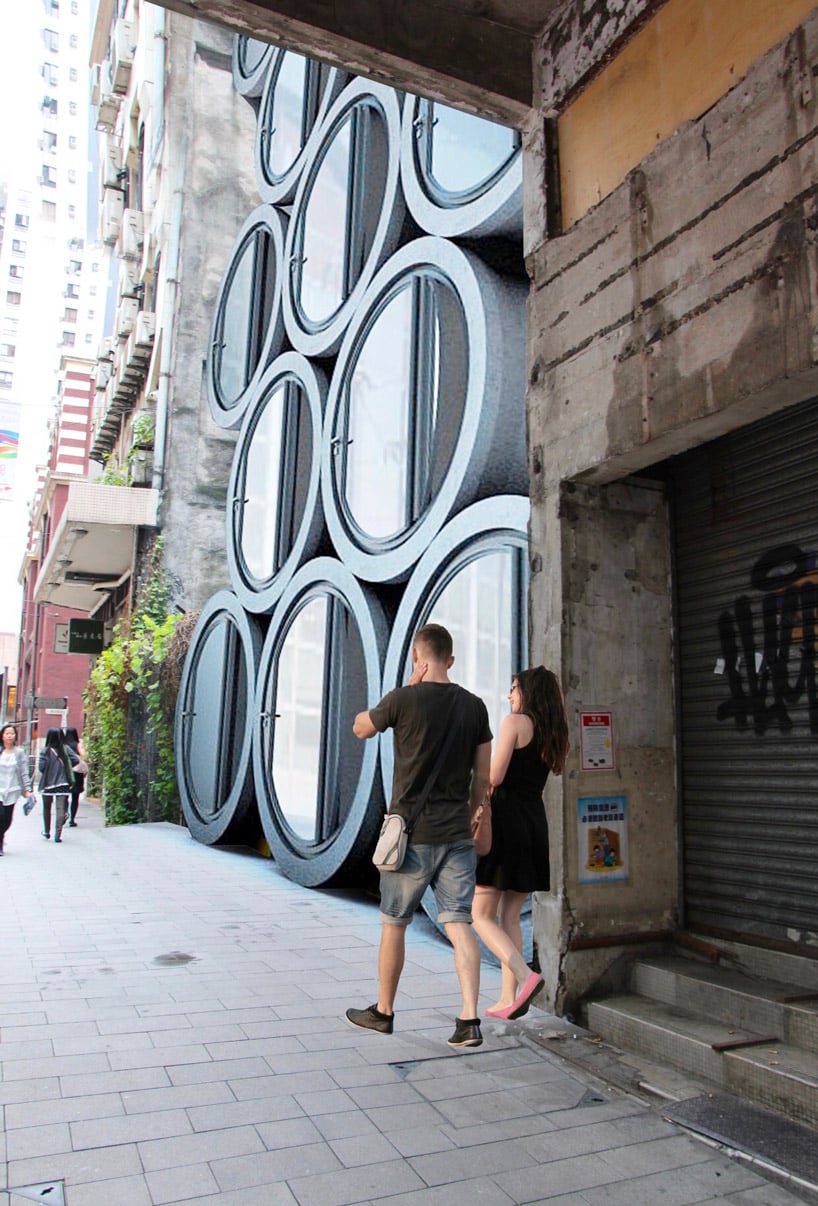 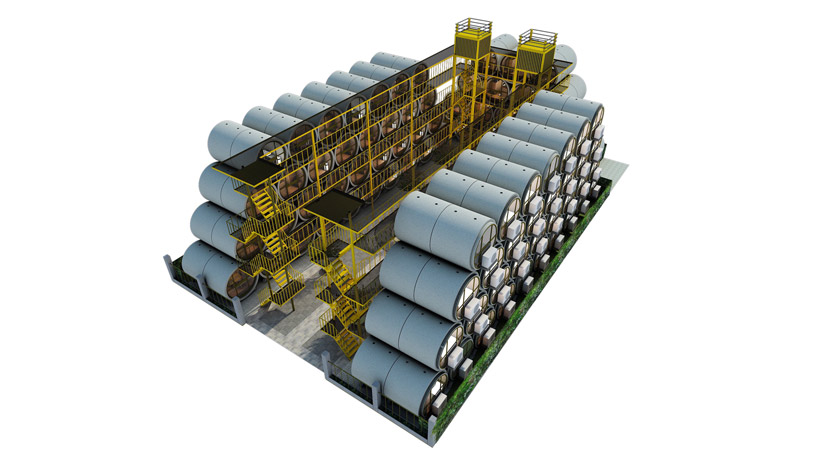 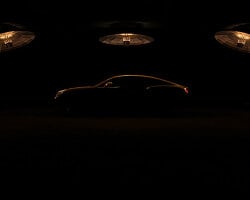 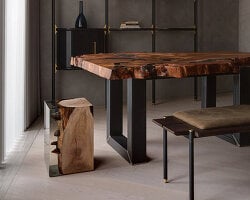 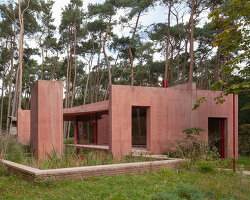 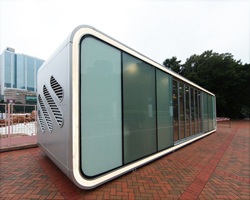 Dec 15, 2015
james law cybertecture develops the alpod - a mobile home for the future 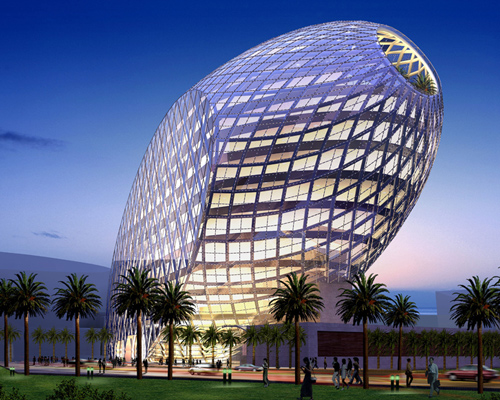 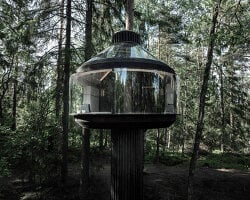 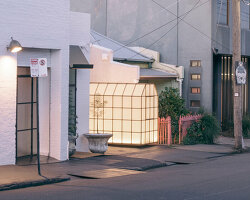