‘tokyo metabolizing’, japan’s national pavilion for this year’s venice architecture biennale, investigates architectural metabolism in the context of tokyo and its urban make-up. introduced 50 years ago, the concept of ‘metabolizing’ was the first influential manifesto regarding the city that was ever transmitted from japan to the world. it called for the replacement of a city’s functional components as if it were a collective machine. the exhibition looks at the ways in which tokyo has transformed and evolved through this concept. 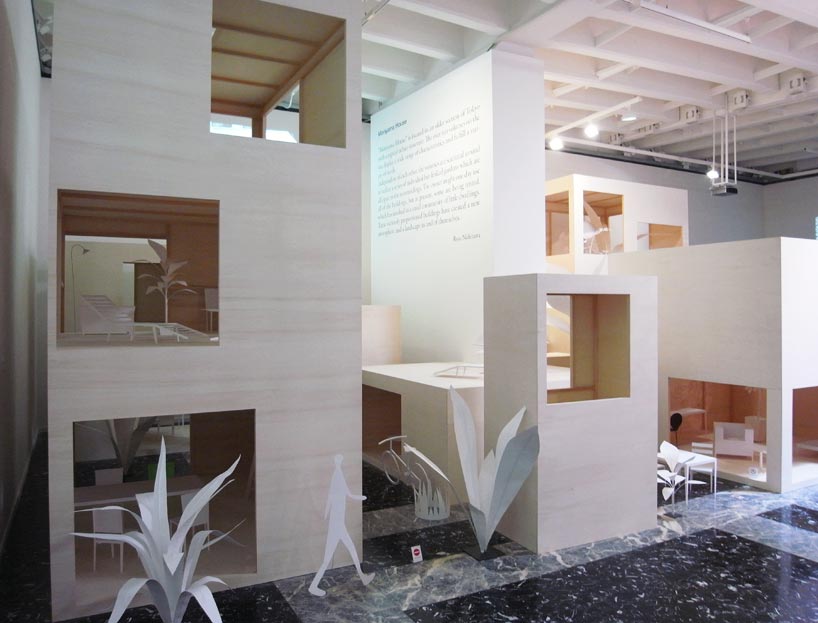 looking back on architecture’s history, the exhibition outlines the overriding designing factor of cities worldwide: in mid-19th century paris, the imperial rule of napoleon III facilitated a grand urban space that was single-handedly created based on one’s will; in early 20th century, new york saw the rise of powerful capitalists which resulted in a number of skyscrapers defining the city space.

tokyo in the 21st century is introducing a new urban landscape being born out of the current political and economical climate. the city has been subdivided into smaller and smaller plots of land among approximately 1.8 million owners. buildings are constantly going through a state of alteration and transformation, corresponding to the owner’s life cycle. contrary to european cities where urban space is considered to be more or less a permanent structure, tokyo has embraced change and the notion a city which exists only as phantom entities.

a video of the exhibited film

an exhibited video illustrates this constant change in a zoomed out, macrocosmic bird’s eye view on tokyo. buildings are seen to constantly evolve at an accelerated pace, transforming the city into a living organism going through an almost bacterial effect of transformation. 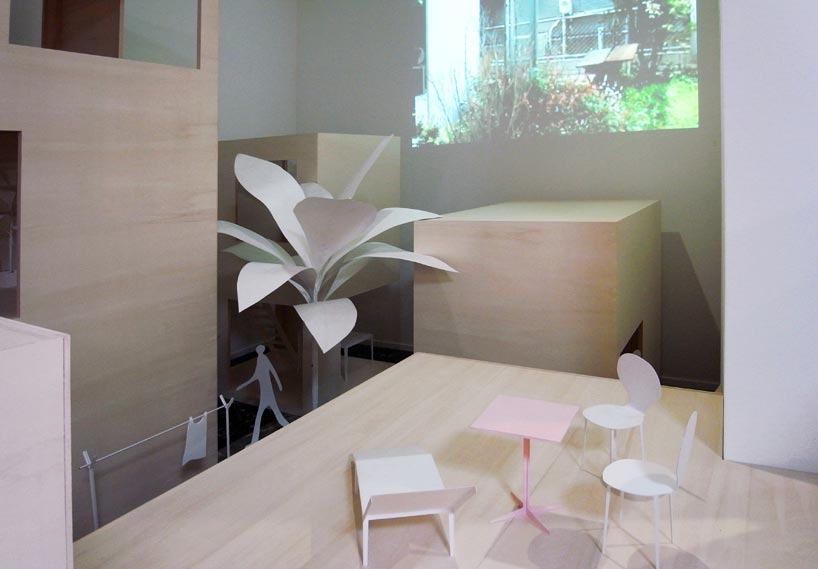 ‘moriyama house’ with projected film in the background image © designboom

two scaled models which demonstrate these theories dominate the rest of the exhibition space: ‘moriyama house’ by SANAA’s ryue nishizawa, a collection of white cubic volumes which are located in an older section of tokyo. the structures are independent from one another save for a garden way which links the surrounding areas. the owner has great freedom with the house, living in one and renting the rest which results in a small community in the middle of the city. 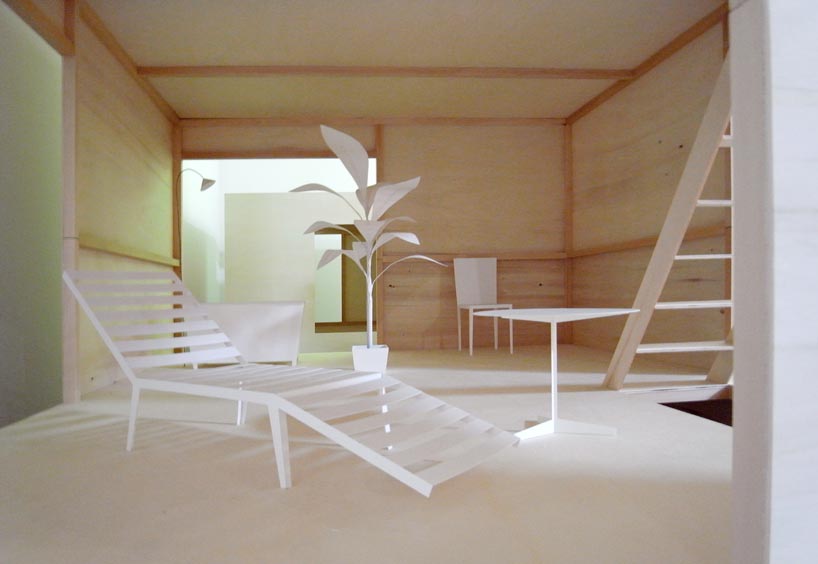 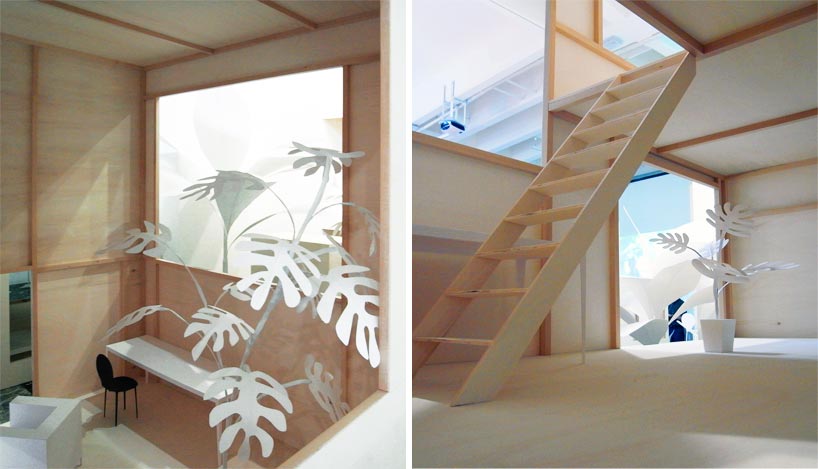 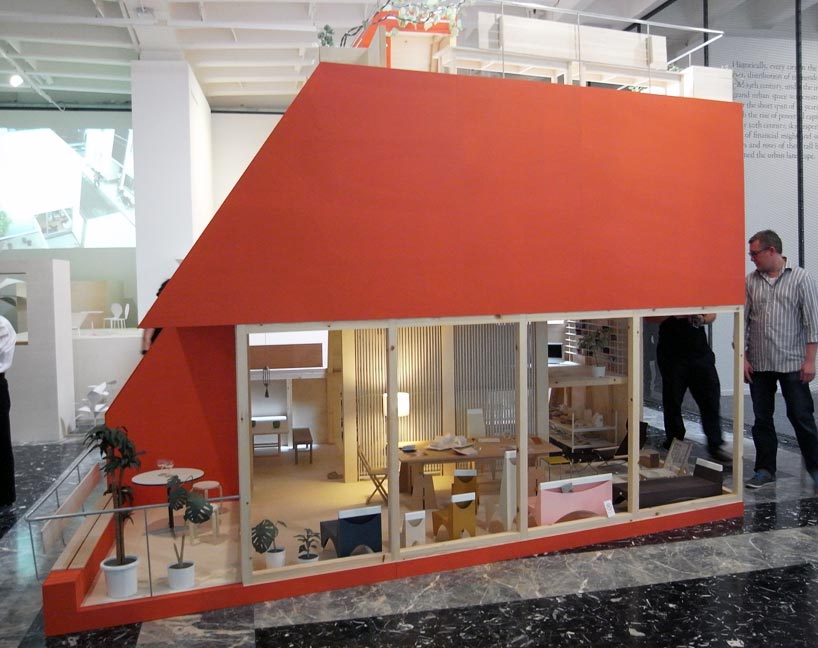 the second model is of ‘atelier bow-wow’ by yoshiharu tsukamoto and momoyo kaijima. located in a crowded section of low-rise residences, the 4 level dwelling redefines the gap by producing an overall sense of openness: walls of adjacent houses function as ‘borrowed walls, expanding the interior to the spaces in between the city. opportunities to dwell outside the house is increased through the creation of semi-external spaces. the lower level of the house is translated to the outside of the japanese pavilion, where viewers can duck under the ‘house frame’ to peak into the basement office space. 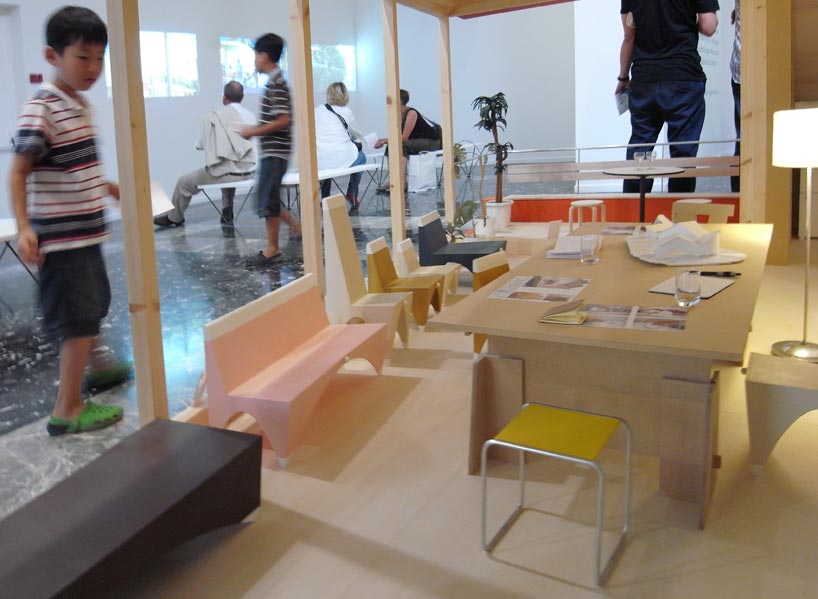 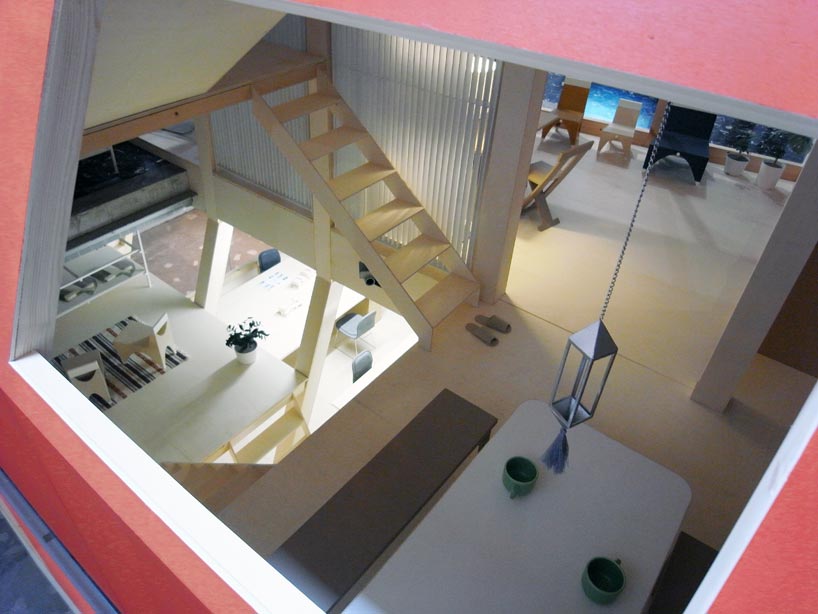 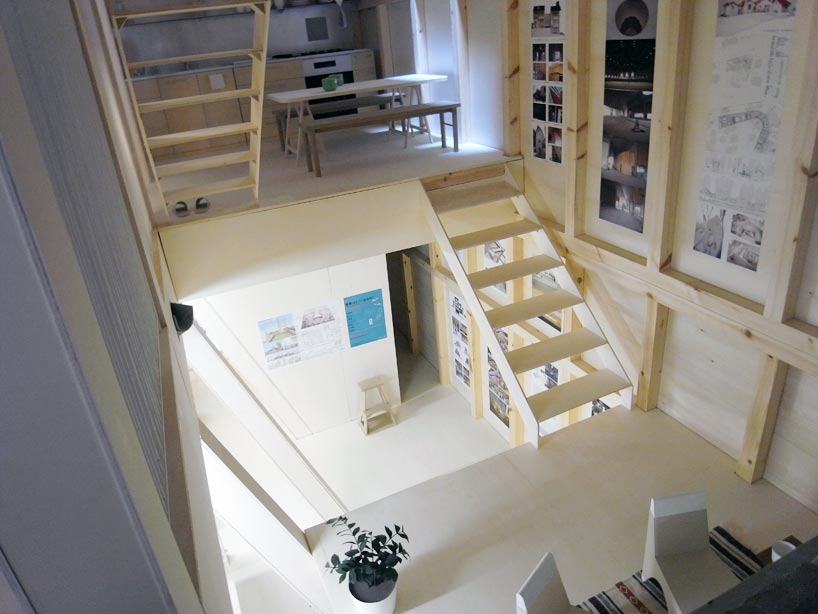 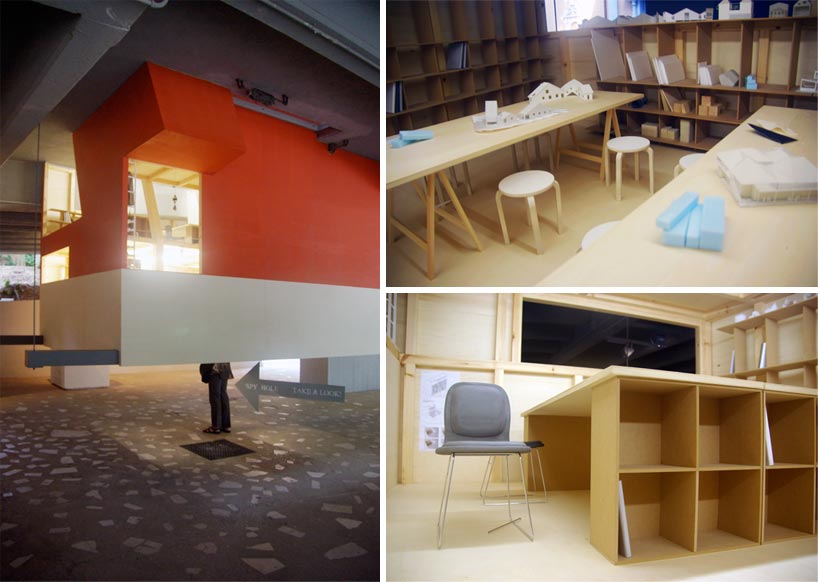 (left) the model outside of the exhibition space, lower level of ‘atelier bow-wow’ (right) views of the office on the lower level images © designboom

Apr 11, 2021
snøhetta's michelle delk on the skill of site planning + appreciating the architectural journey
'working together from the beginning is a way to see the world through someone else's eyes, to establish shared goals, to unearth opportunities, and ultimately, to offer new outcomes,' delk tells designboom.
architecture
64 shares
connections: +340