the ‘svalbard science centre’, located in longyearbyen, norway, has a copper clad roof specially designed for the location’s climate. the building by jarmund/vigsnaes arkitekter is an addition to an existing building, that added around 4 times more space for the svalbard museum and university research lab.

the skin was specially designed based on the region’s harsh wind and snow conditions, prevent the snow from accumulating in unwanted areas. the new building was built using wood on elevated poles to prevent thawing the permanent frost. inside, the architects wanted to create a public space for gathering in the cold dark winters. they also used lots of vivid colors inside with warm timbre cladding to further enhance the space for the climatic conditions. 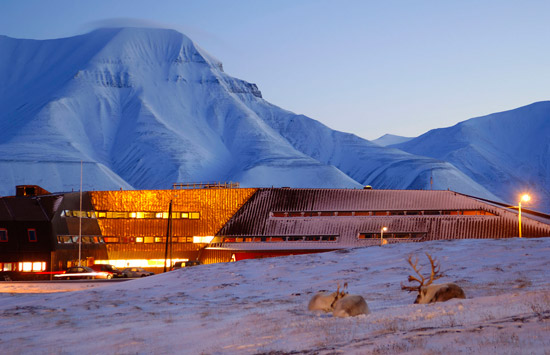 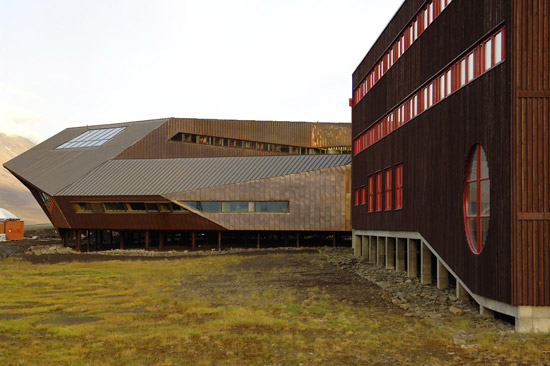 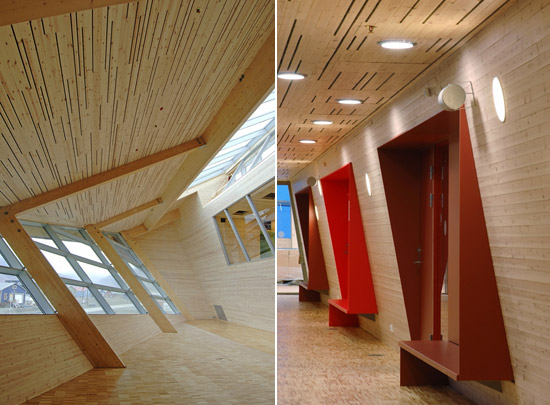 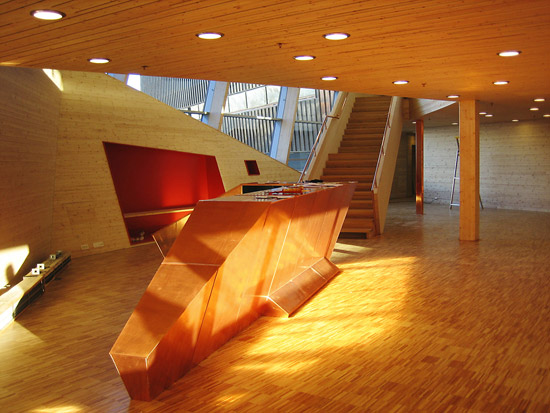 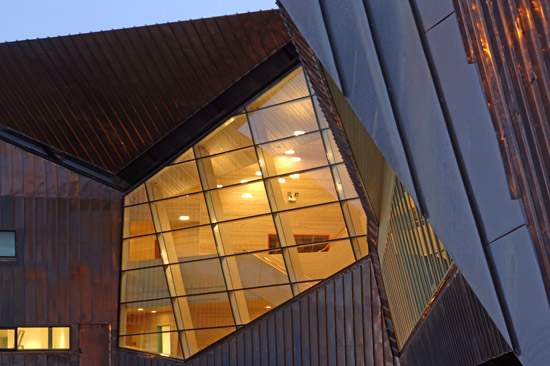 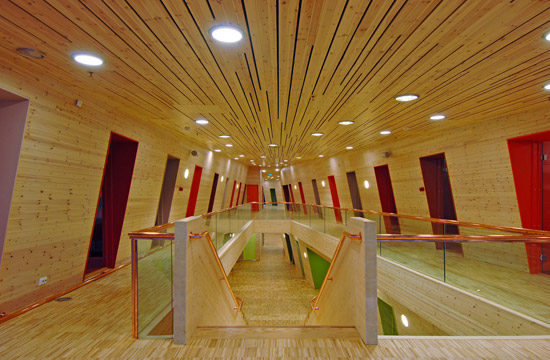 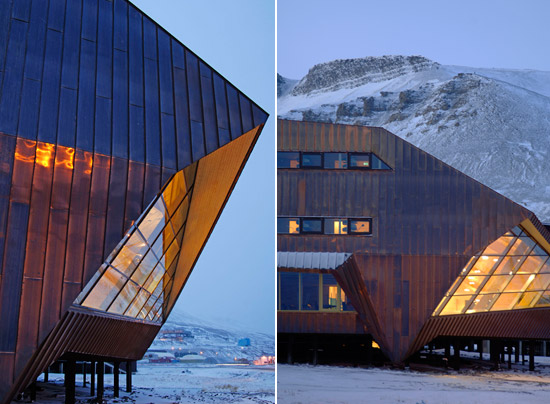 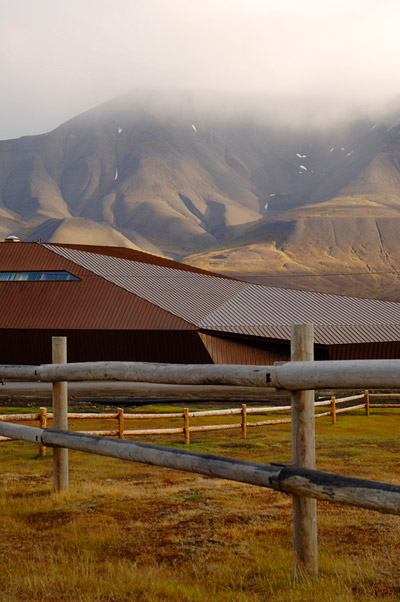 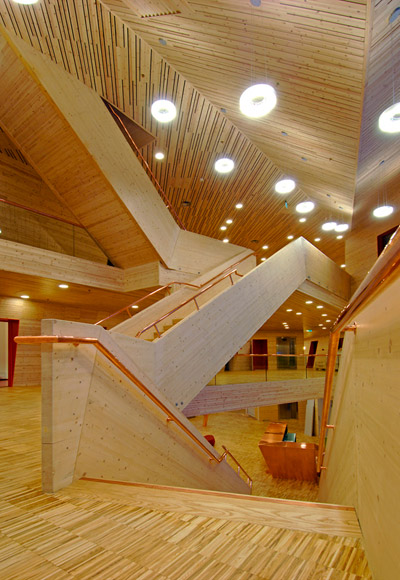 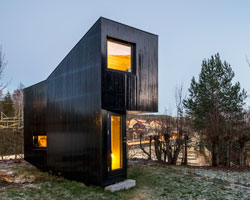 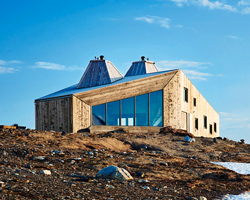 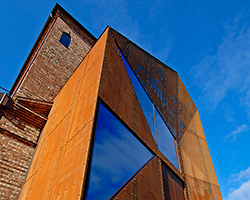 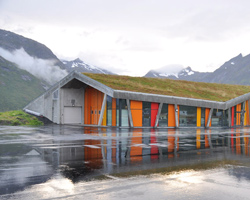 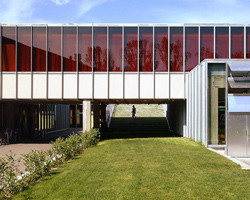