the original structure of ‘la maison de la batellerie’ was built in 1957 by the brothers arsène-henry architects, but has been added to significantly by JB lacoudre architectures. this work is part of a group of buildings that form an urban façade on the seine in paris, france. its strategic location of the structure sits between the seine and the quay, which allows for expansive views. after years of wear and tear and affects of heavy use, the former building was in need of a redesign. the project returns to the original concept to treat the building in a spirit of simplicity and transparency. JB lacoudre architectures proposed to join heritage and modernity by the removal of all previous interventions, and replacing them with a transparent skin which illuminates the landscape of the seine like a lantern. 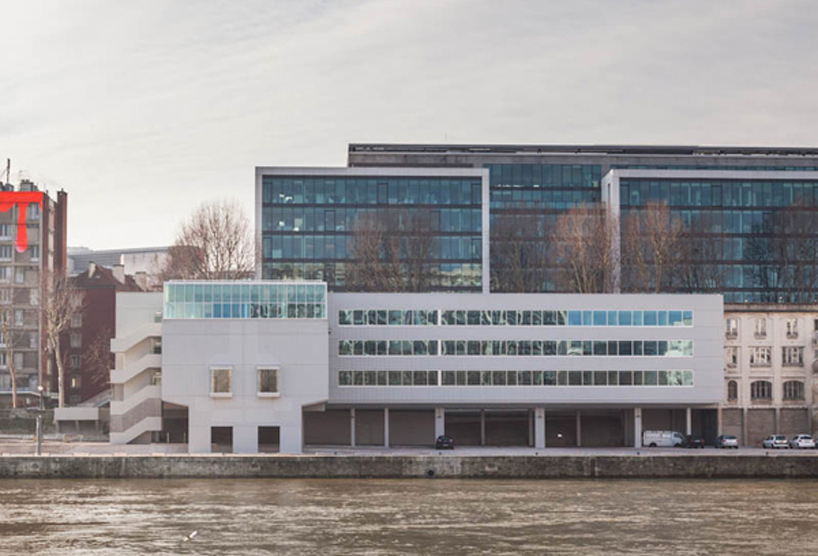 the office building seen across the water

since 2013, the renovated building has been home to the bassin de la seine regional headquarters of france’s navigation authority, voies navigables de france (VNF). the old building was previously used by sailors to document transport rights for freight through the seine. the old windows have been removed from the original building and are replaced with more open and celebratory glass panels. bow windows have been added to the previously windowless north gable end and all the non-original walls have been knocked down, to reveal the original building and its structural form. most of the intervention consisted of removing the many layers of paint that had accumulated over the years, then applying a water-repellent film to mimic the original appearance. the ground floor lobby leads off to different areas within the building including a reception area, utility areas, central stairway, and the glass elevator. the functional organization is based at a hall on the ground floor, which provides access to stairs and an elevator to the six floors of the building. split among 300 m2 of office space and two meeting rooms (in the former exchange room), the volume opens onto the seine through the creation of glass bay windows. 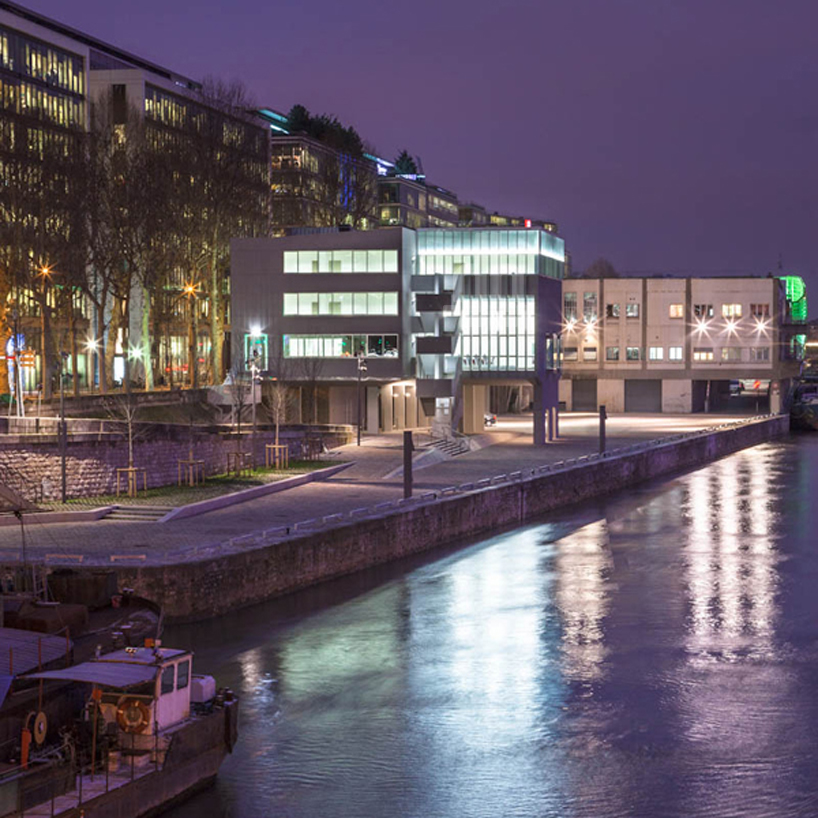 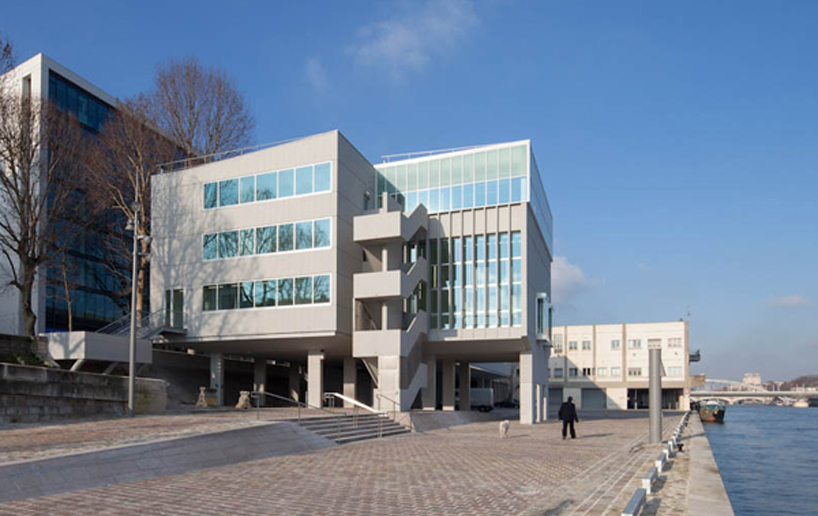 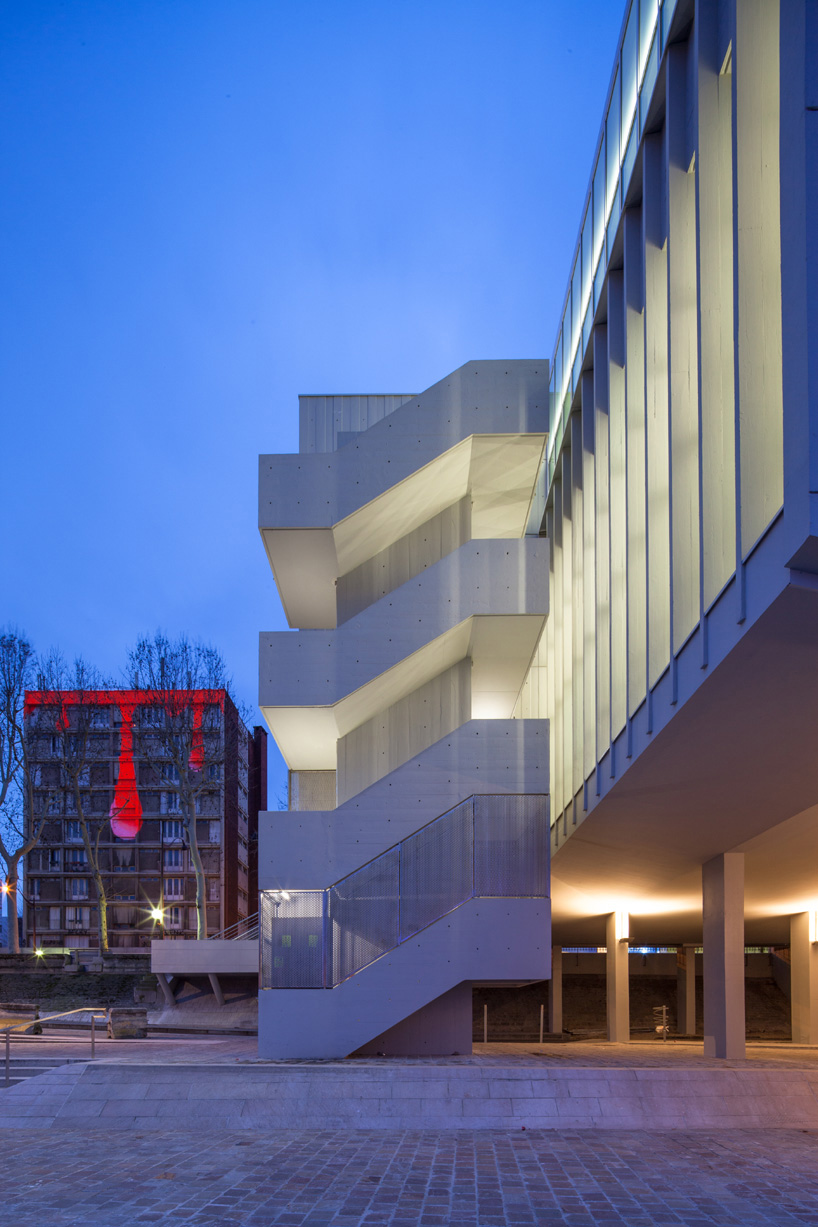 materials return to their raw state 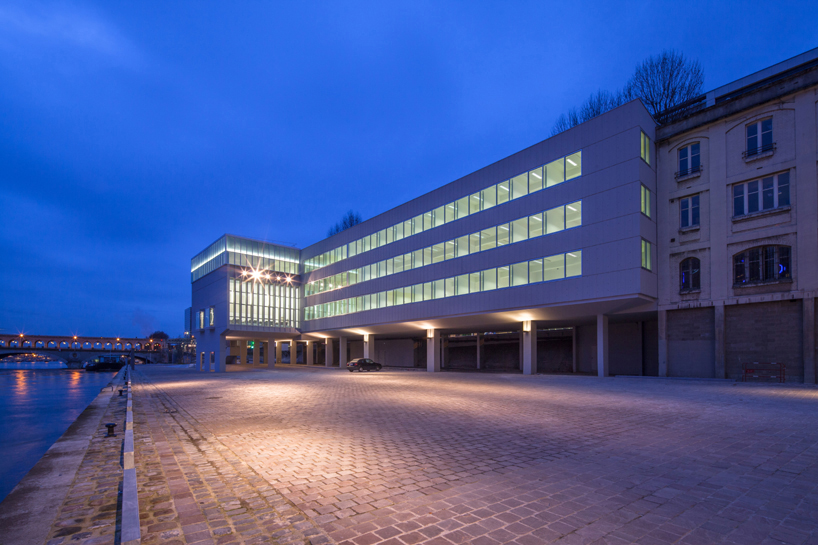 the transparent façade overlooking the seine 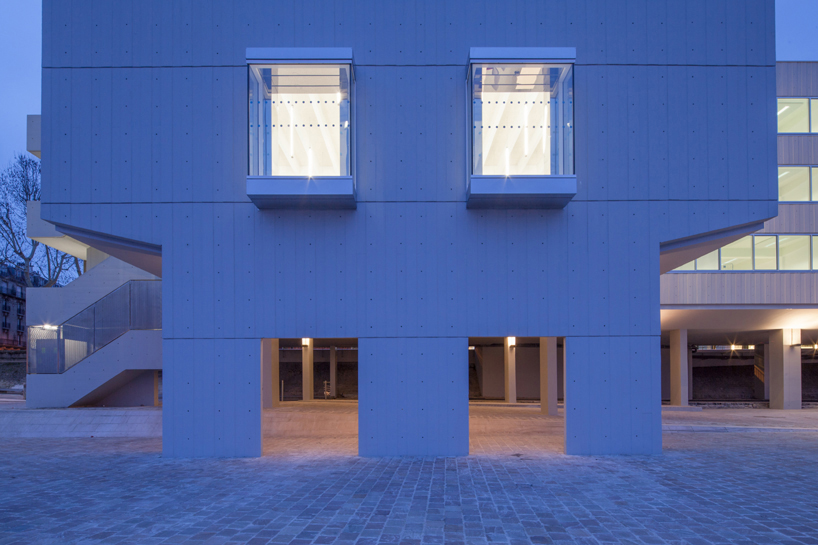 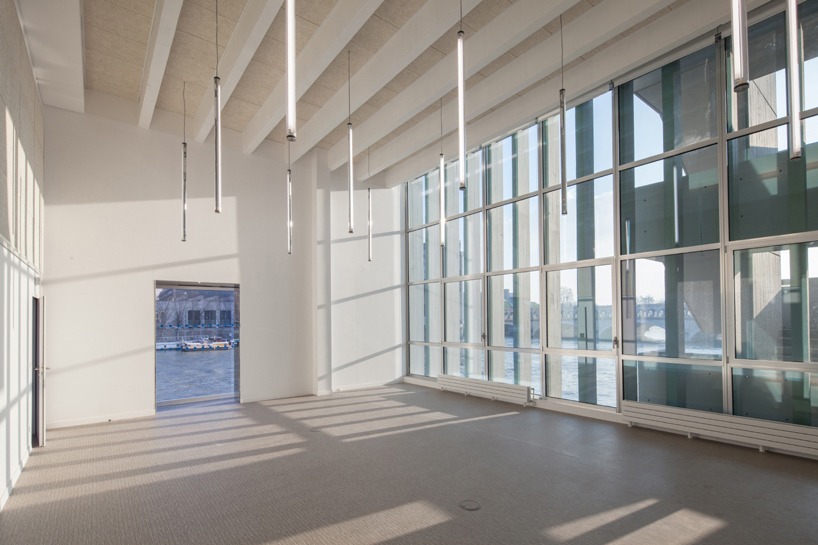 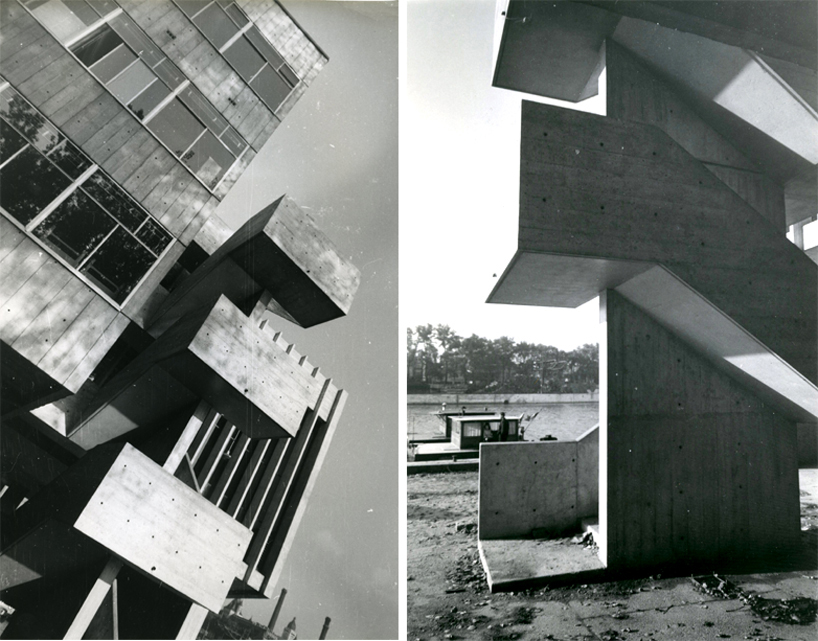 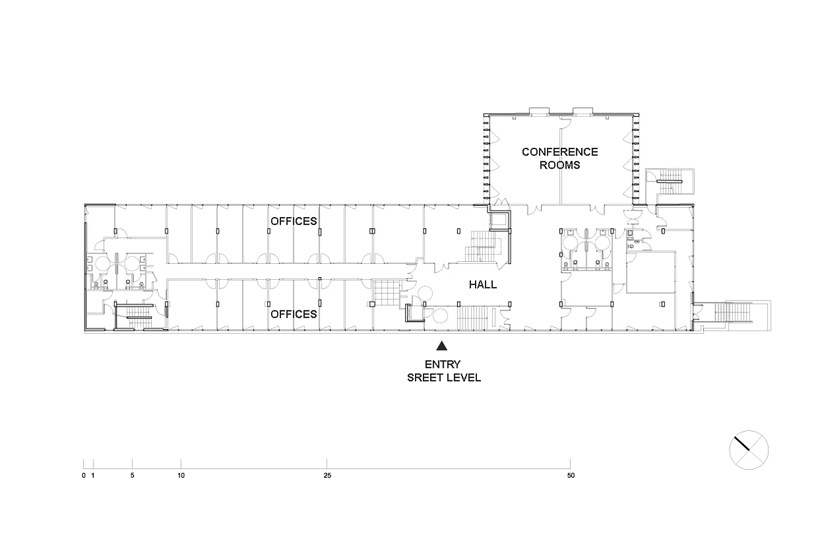 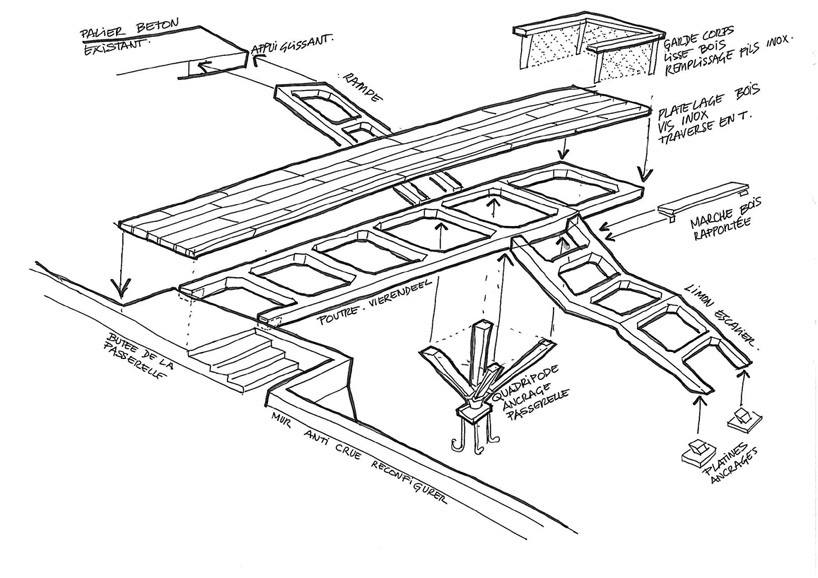