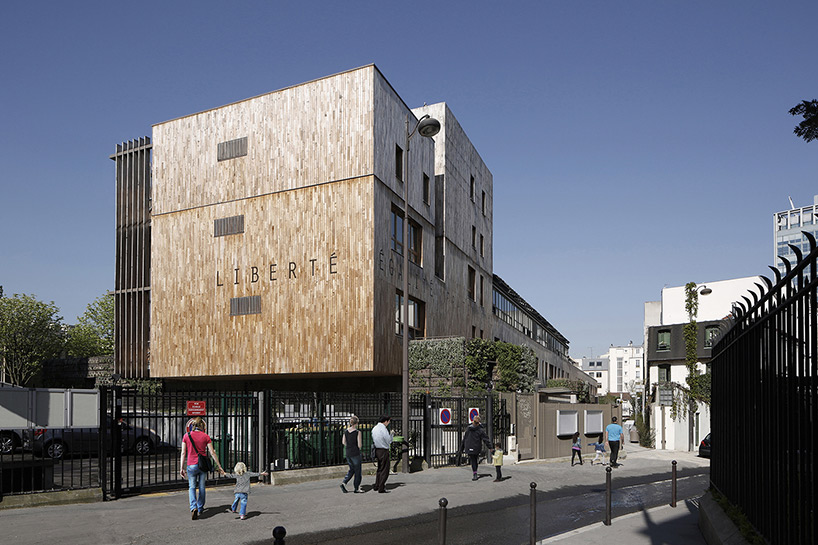 french architecture studio JFS architectes latest project was the renovation and adaptation of a paris nursery and primary school. their scheme not only saw the rebuilding of areas in need of repairs, but transformed the facility in its entirety into a environmentally friendly, sustainable structure. the façade, where not covered in glass, is entirely clad in wood. a tilted roof section — which points towards the school’s garden — brings copious amounts of natural light into the structure. on the roof, two heavily slanted wooden forms are covered in photovoltaic panels to help reduce energy use, and thus, costs. 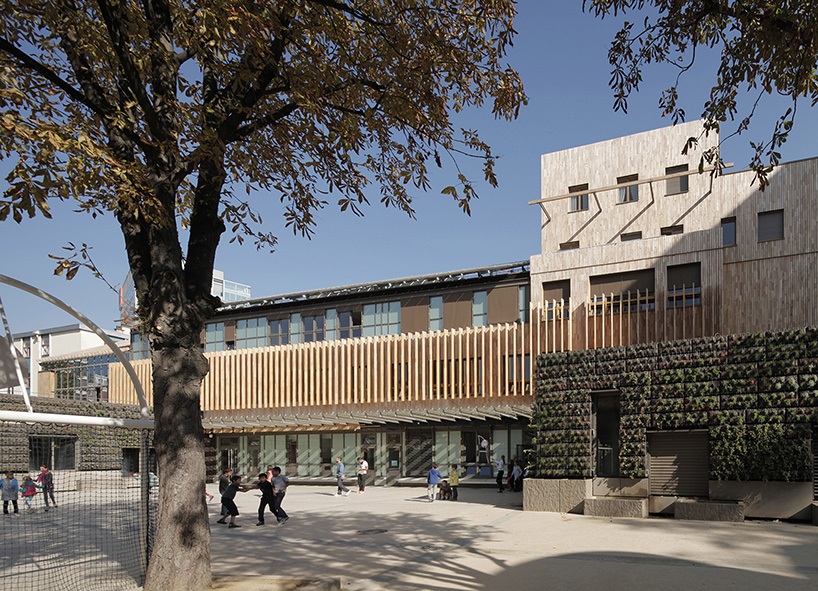 as almost the entire project was being completed on an occupied site, it was crucial that planning and implementation were closely monitored. instead of placing the entire student body in a series of temporary buildings, it was decided that the kids would be shuffled back and forth between the two spaces. from the street, the school’s wooden façade breaks away from its traditional, stone-heavy neighbors. 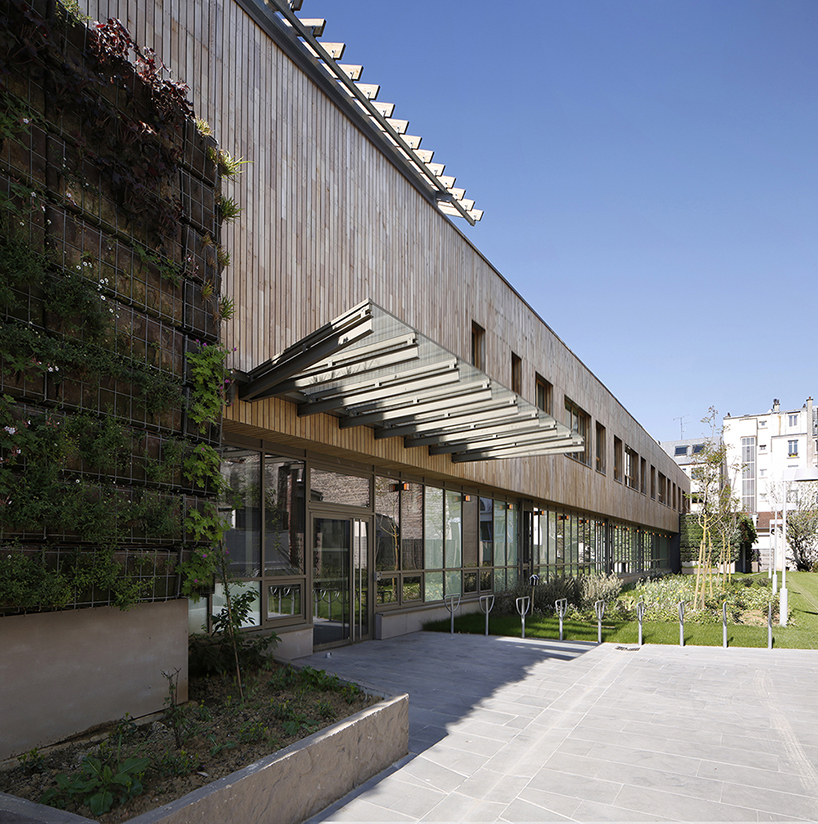 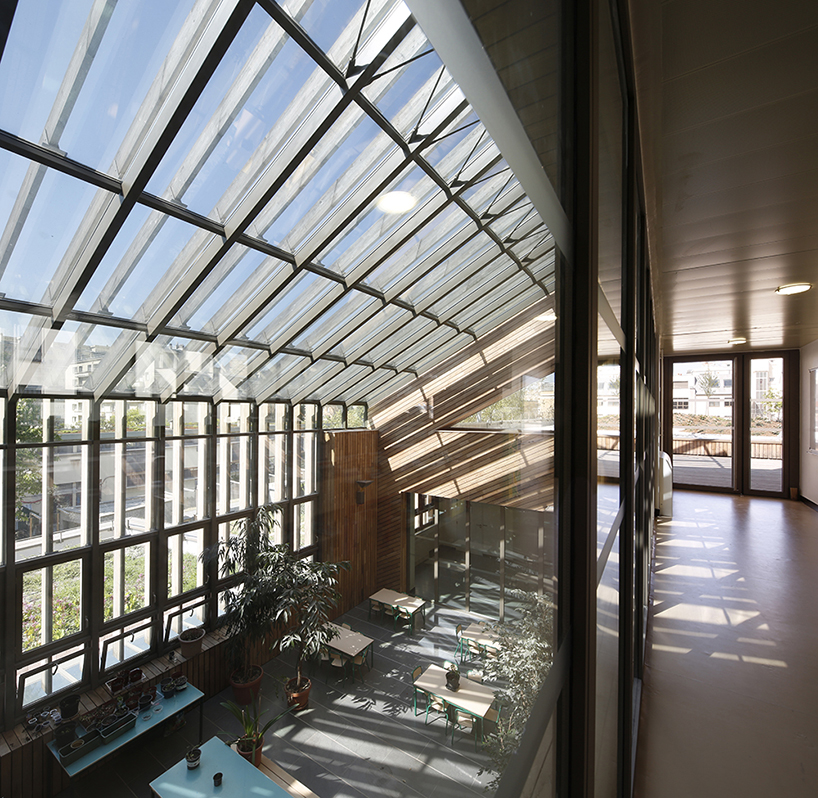 greenhouse and the passage to zen garden area 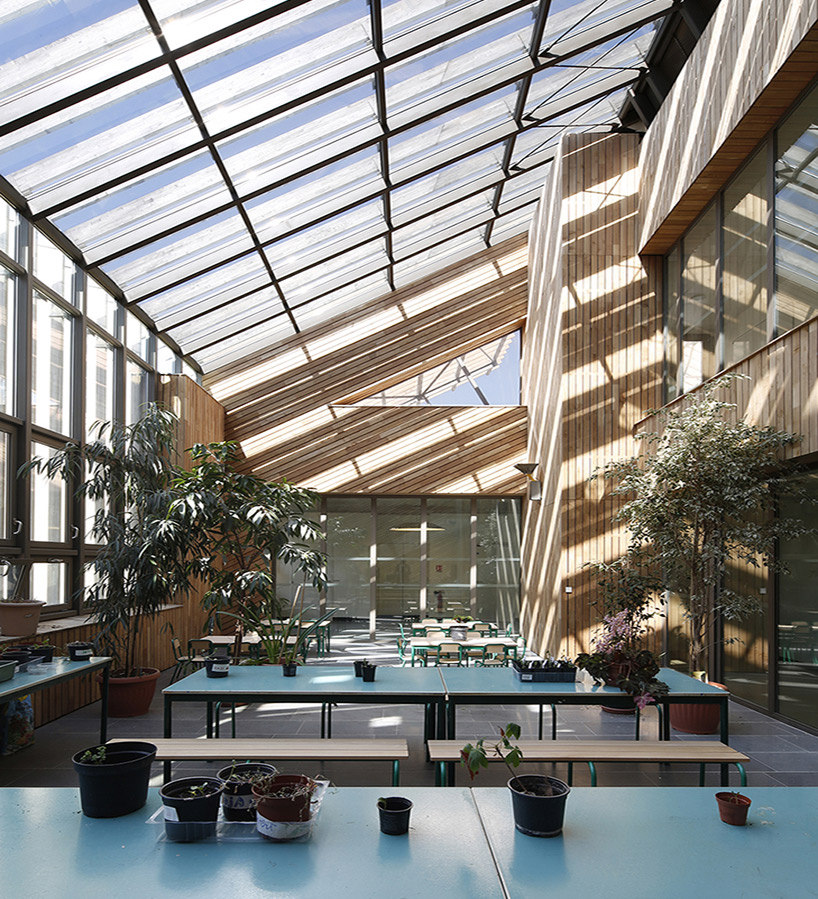 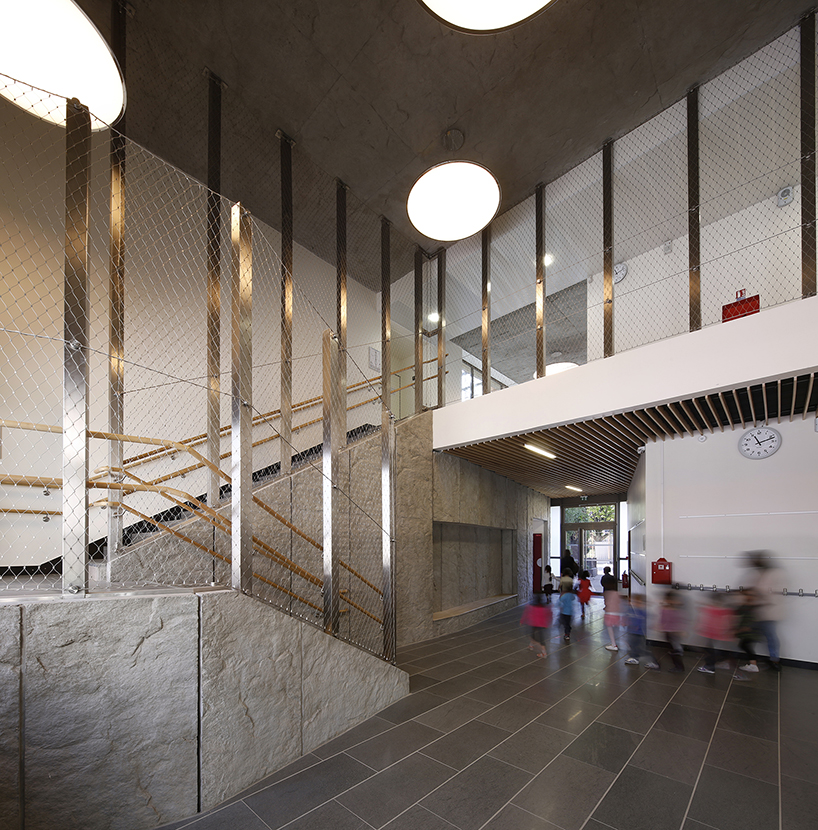 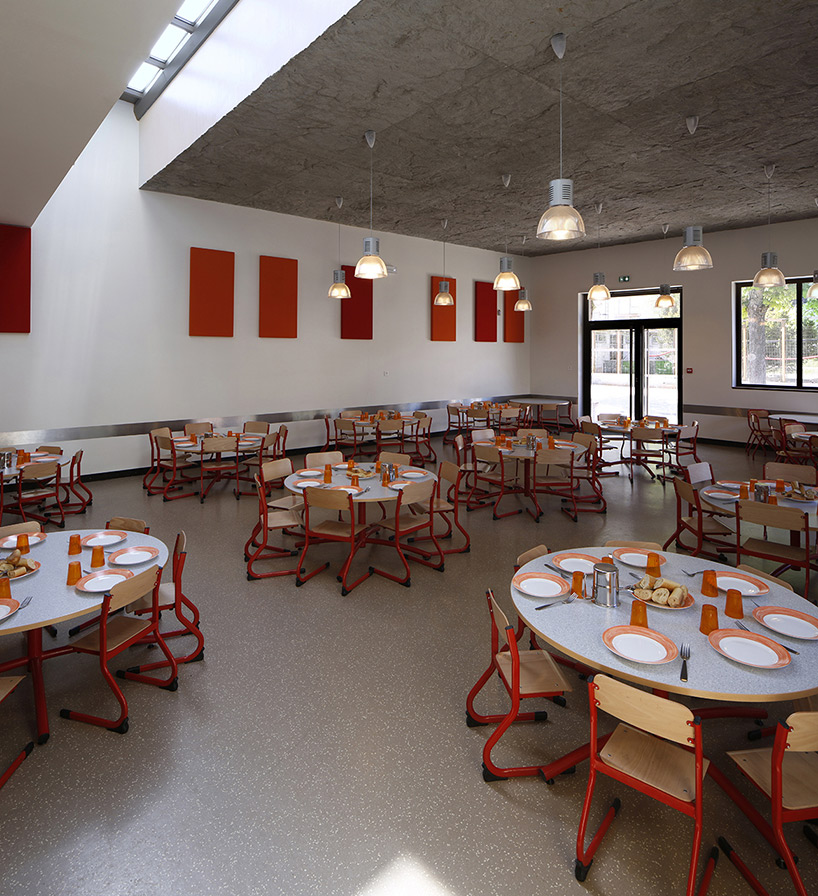 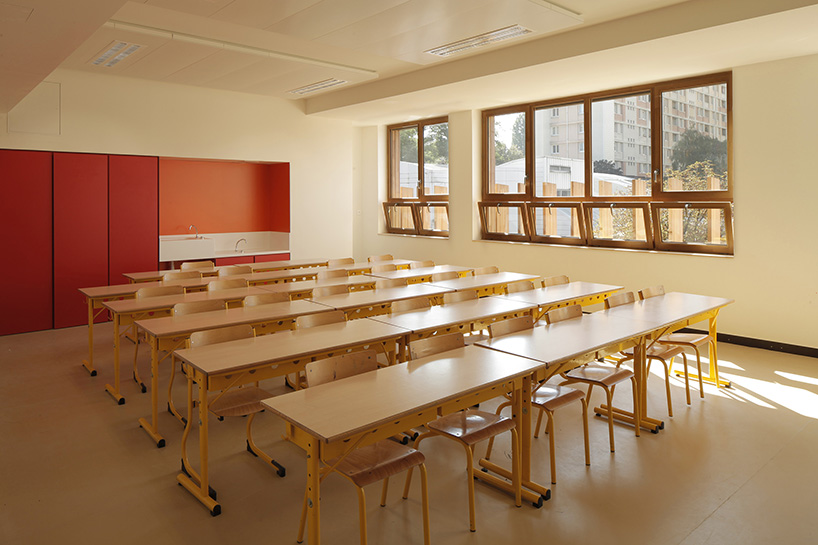 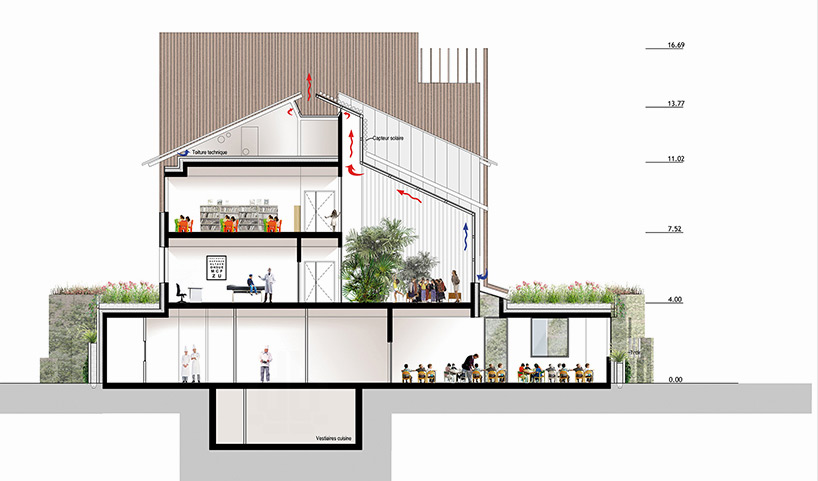