UPDATE: on february, 17th 2015, french daily newspaper le figaro reported that jean nouvel had applied for a court order that requests specific amendments are made to the recently opened philharmonie de paris. in the meantime, nouvel has insisted that his name and imaged are removed from any connection with the controversial project. it is reported that an outcome will be reached by april 16th, 2015.

acclaimed french architect jean nouvel has revealed that he will not be attending the opening of paris’ philharmonie concert hall, citing misleading press reports that attribute the scheme’s increased cost to his firm. located in the french capital’s parc de la villette, ateliers jean nouvel was chosen to design the 2,400 venue in 2007 after an international competition. the project has been the subject of work stoppages and overruns, and is estimated to have reached an increased total cost of €387 million ($455 million USD).


‘these charges are unfounded and highly prejudicial to me and to ateliers jean nouvel‘, he explained in a statement. ‘I will not tolerate that untruthful, defamatory and disparaging writings or comments are made about me.’ 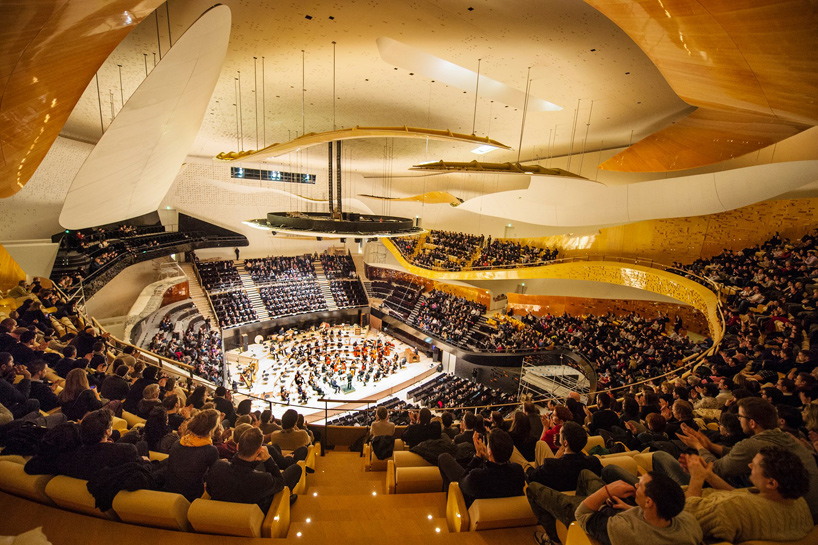 the interior of the 2,400-seat venue
photo © william beaucardet

nouvel states that the philharmonie, which held its official opening yesterday, is not finished, and needs to undergo various technical and acoustic tests before the building can be declared complete.

‘today, the philharmonie de paris opens. too early. the building is not finished. there were no acoustic tests of the concert hall‘, continued nouvel. ‘the schedule did not allow the architectural and technical requirements to be respected. this despite all the warnings which I have been giving since 2013.’ 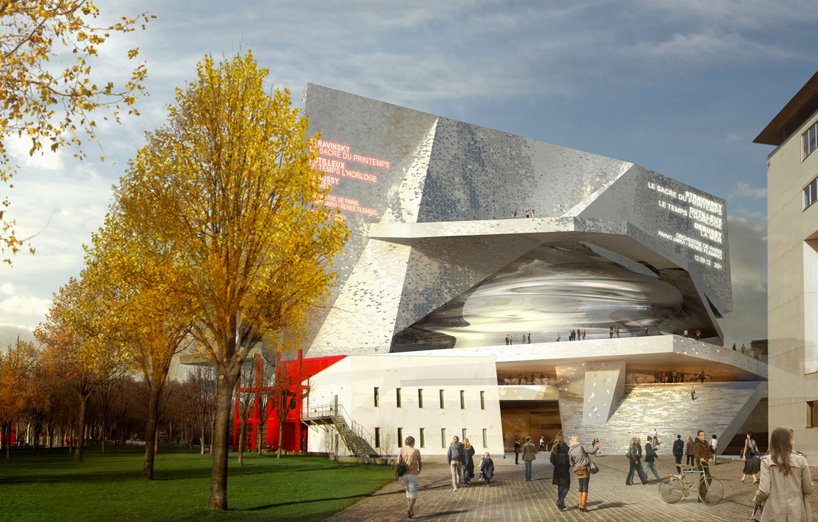 the orchestre de paris will be the hall’s resident ensemble, while the venue will also present a range of visual art projects. read the full statement from jean nouvel below.

numerous articles published recently in the press and reports broadcast on television establish a direct link between cost overruns in the budget of the philharmonie de paris and alleged modifications of the project that are attributed to me. these charges are unfounded and highly prejudicial to me and to ateliers jean nouvel. I will not tolerate that untruthful, defamatory and disparaging writings or comments are made about me.

I affirm that in no case was I at the origin of any cost overrun on this project. the public report of cour des comptes of february 2012 evokes ‘poor piloting’, ‘many delays related to the fluctuations of the public arbitrations’ which ‘obviously influenced the cost of the operation’. the public report of the french senate of october 17th, 2012 evokes ‘initial underestimated costs’ before the launching of the competition and specifies the main reasons of overruns, which have nothing to do with me. for example: ‘expenses of the client’, ‘purchases of first equipment’, expenses of ‘site interface’, ‘fee expenses’, ‘insurance’, ‘taxes’, ‘repercussions of revisions of price’, ‘chaotic’ tendering ‘passed under doubtful legal conditions’ which ‘did not favor lowering of the costs’. at last, additional area was added to the program by the philharmonie de paris.

today, the philharmonie de paris opens. too early. the building is not finished. there were no acoustic tests of the concert hall. the schedule did not allow the architectural and technical requirements to be respected. this despite all the warnings which I have been giving since 2013. in september 2013, in the french edition of vanity fair, pierre boulez declared: ‘the concert hall will have to be broken in and tested by orchestras to regulate the acoustics. it is useless to open it too early. in spring 2015, at the end of the season, the biggest orchestras of the world would be invited for exceptional performances but at reduced prices. the true season would begin in september with the orchestre de paris’. now, hours before its opening, let us declare with pierre boulez that the philharmonie is ‘en rodage’. this fall, when the construction is completed, it will be time to inaugurate it peacefully and with dignity.