the restoration of a 19th century brewery in barcelona would both convert the dilapidating building into a material representation of its historical significance, and create a community treasure centered around design, cuisine and culture. leading the renovation, french architect jean nouvel worked hand in hand with CEO albert castello, and jordi vila, director of gastronomy. the companies priorities wanted to modernize the structure while maintaining moritz’s essence and expose the unique industrial vestiges of its era, namely the brickwork, vaulted concrete cellars and floor mosaics. although decommissioned as the principle brewing establishment, the construct has been repurposed to encompass a venue for the public.

once a massive gray wall, the entrance is now greeted by a vertical garden created by parisian botanist patrick blanc. an outdoor staircase leads to the entry on the second floor which contains an outdoor terrace, museum, a gastronomical hall and workshop. at street level is the ‘M’ store, a wine bar with over 400 types, the moritz bar, water tanks, and of course a microbrewery capable of producing 60 hectoliters of unpasteurized beer per year. the subterranean fermentation halls have become the new cultural center; a restaurant and kitchen sit next to sala 39 (room 39), a large multi-use exhibition area adaptable for expositions, meeting rooms and performances for large or small audiences. 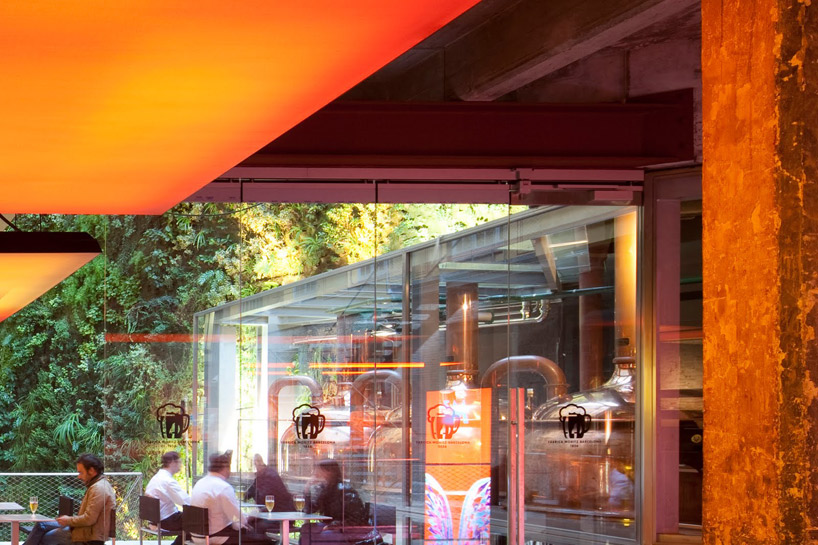 the architect refrains from direct modification, instead maintaining the newly formed dichotomy between the intervening elements and highlighting the existing features through the use of light and transparency. the 150-year-old masonry walls and columns have been left intact while subtle splints of steel provide the necessary support. a lustrous transparent resin coats the existing floor, preserving the antique tile patterns. a playful arrangement of mirrors have been placed throughout the central volumes to reflect light, a tactic used during the industrial years of the 1800’s. a relationship between old and new exists amongst the concrete, metal, glass and brick present throughout the scope of the project. installed concrete beams expose the wear of the original pillars. slender reflective columns assist the black iron girders. in some cases, glass has been used to transparently preserve elements, helping to transform the construction into an observable experiential object. 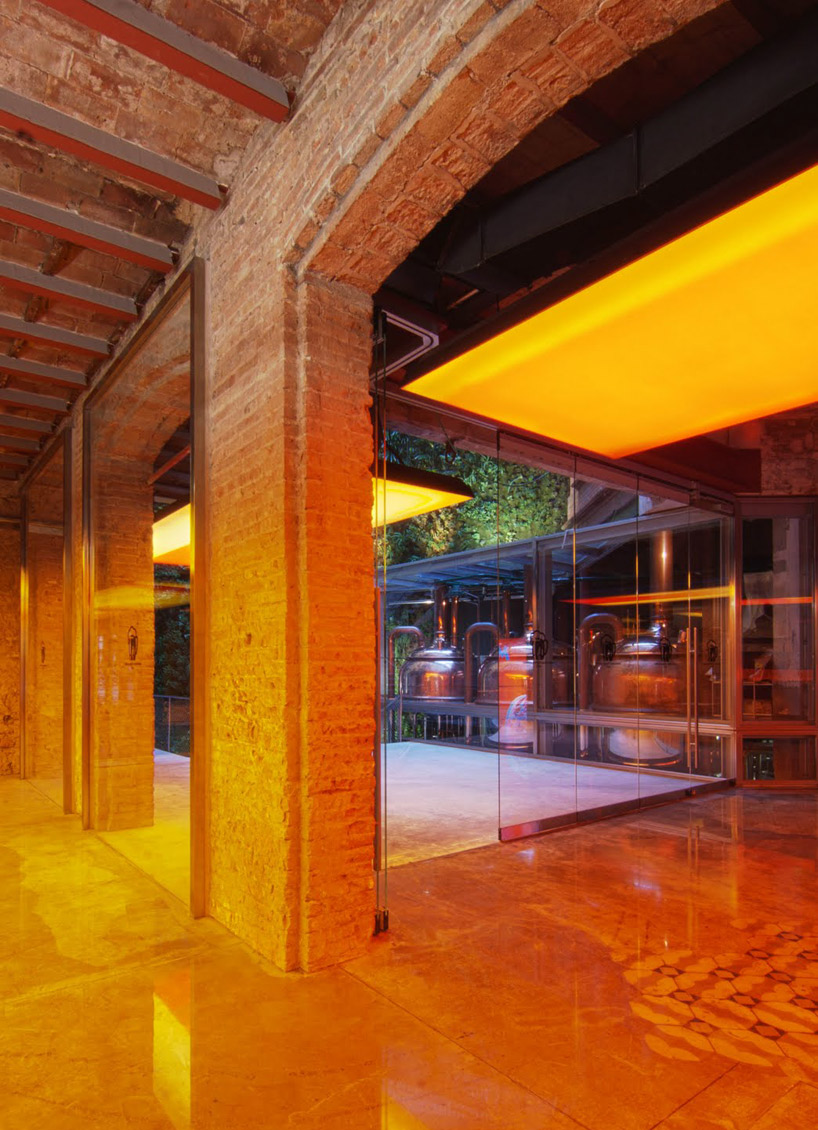 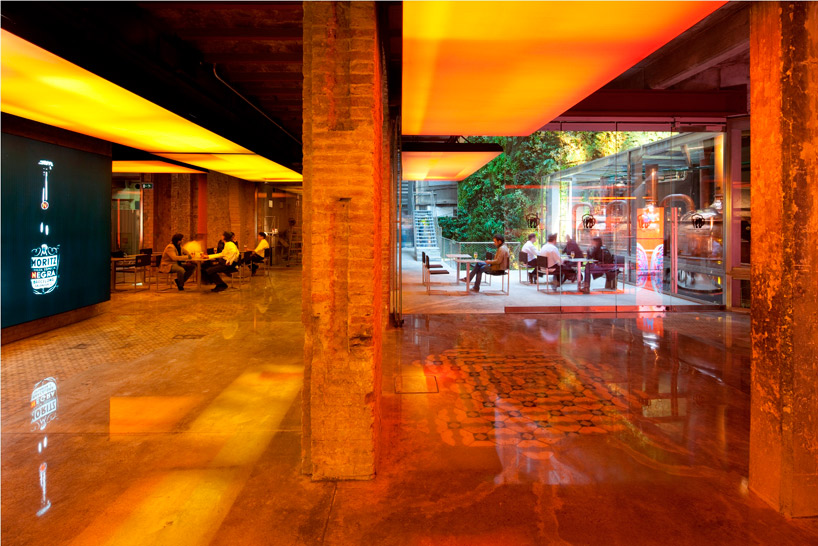 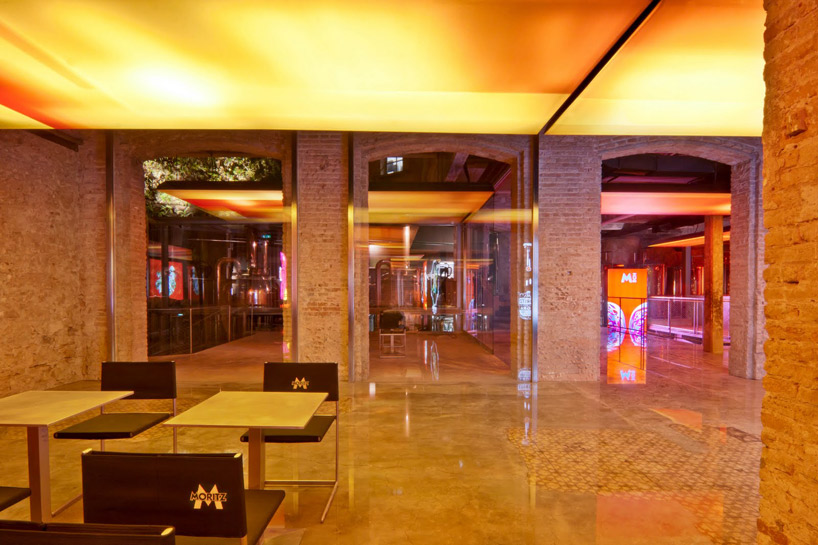 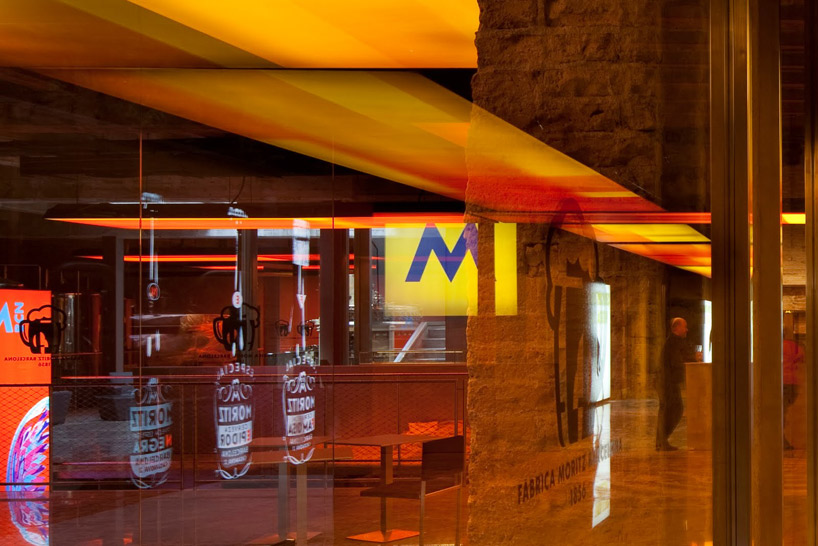 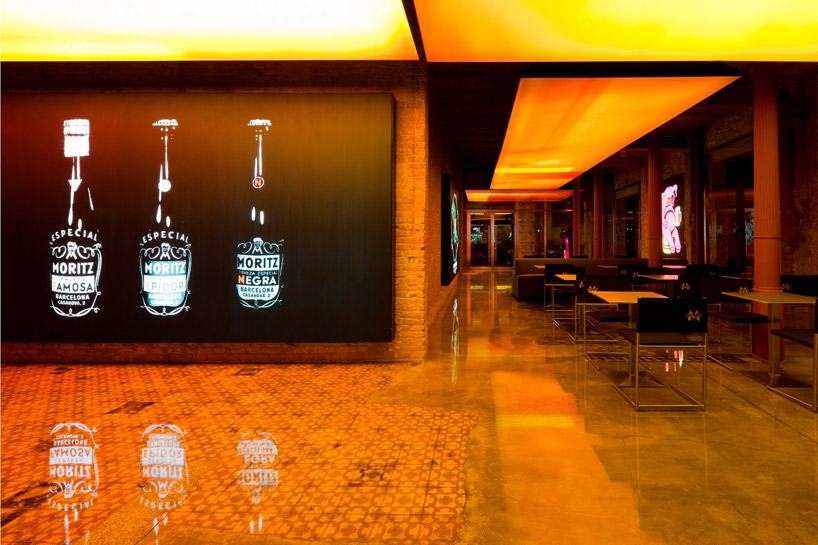 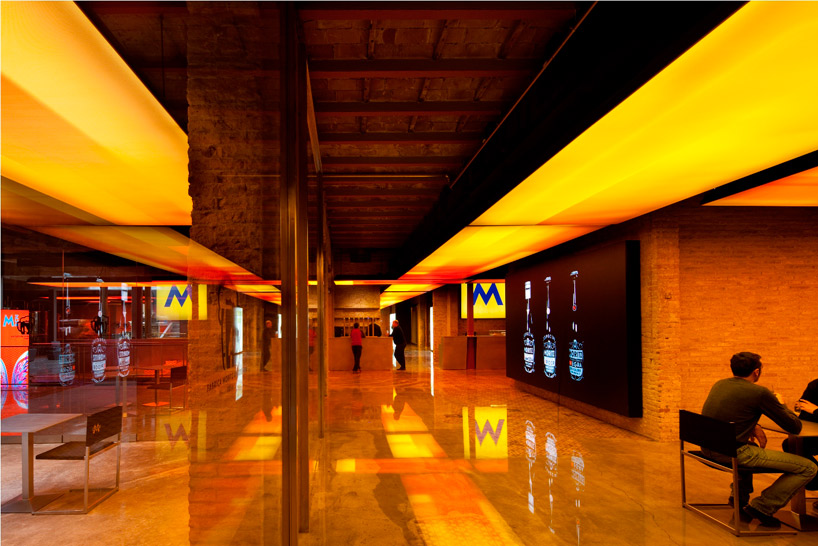 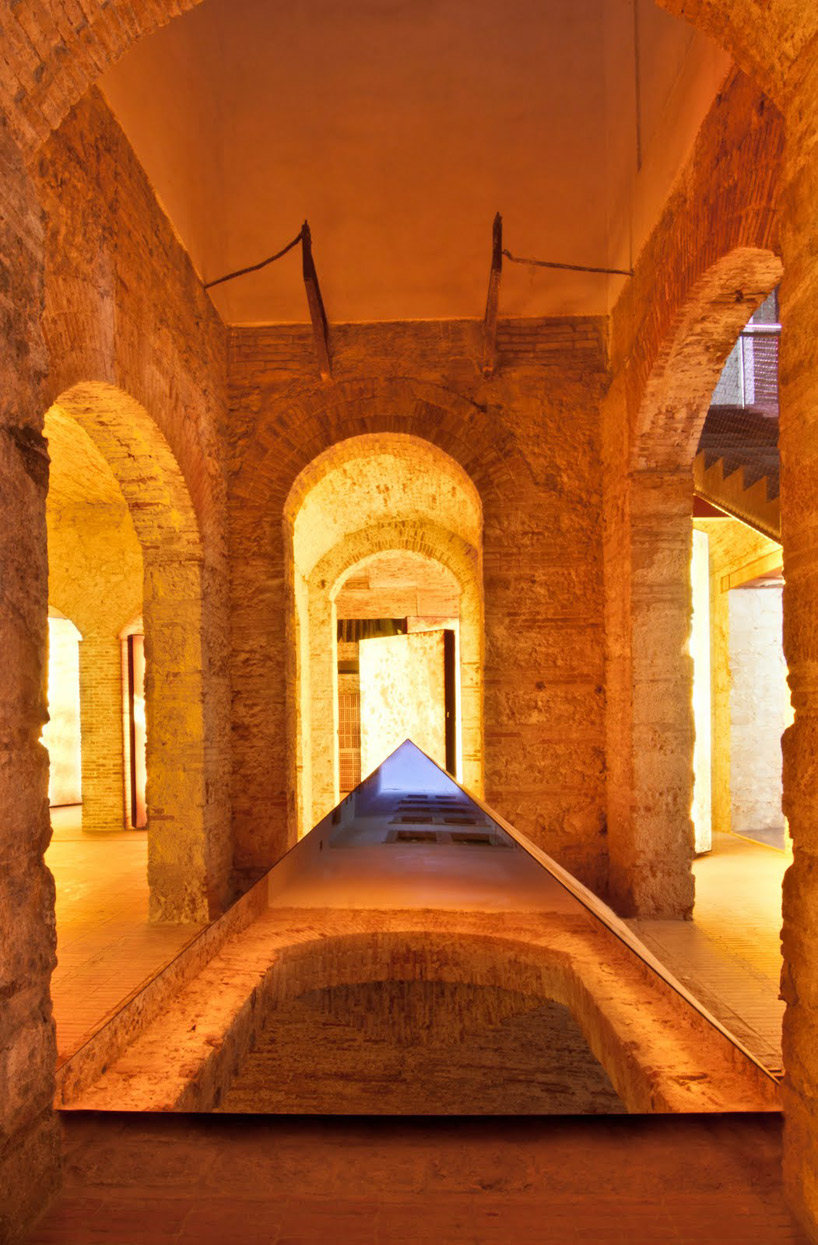 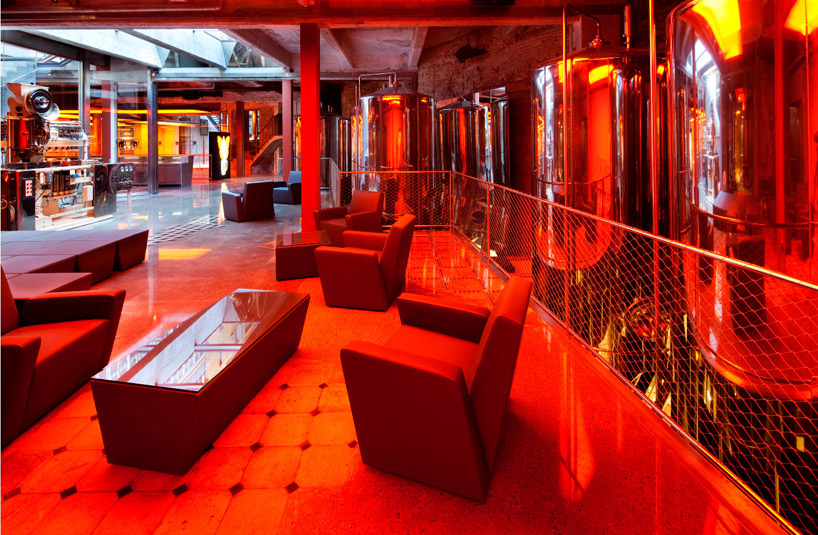 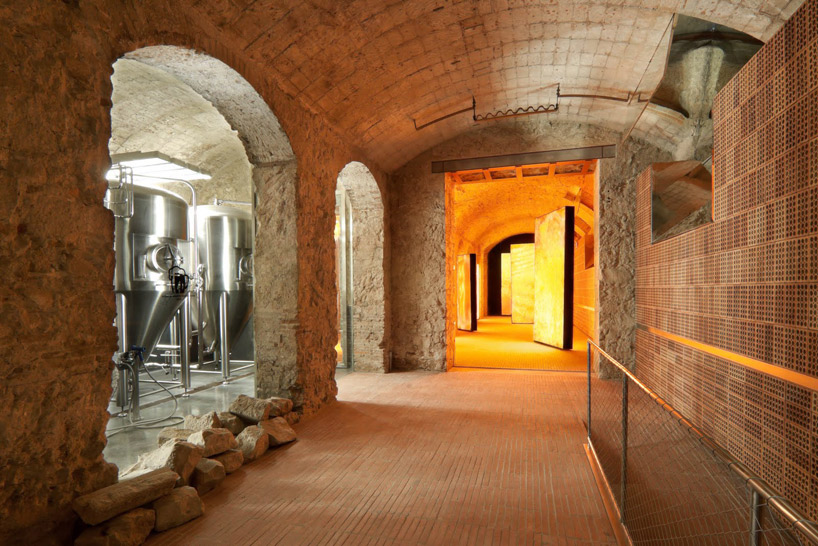 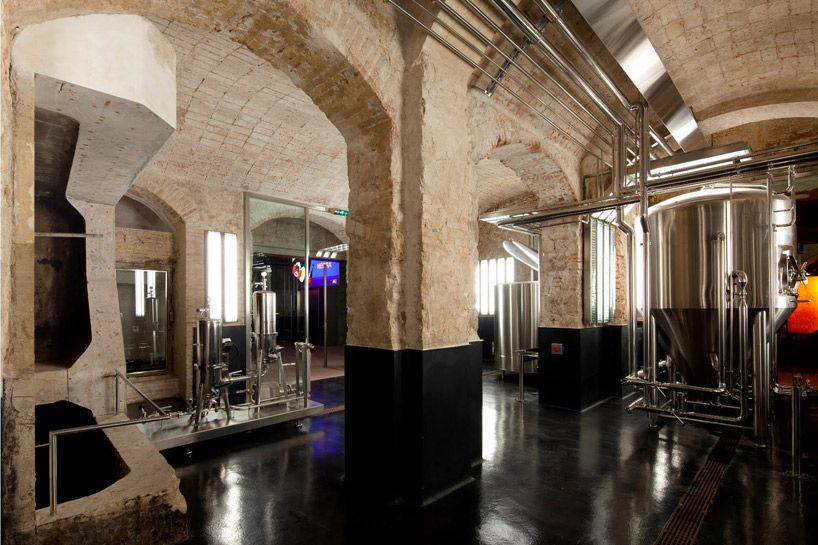 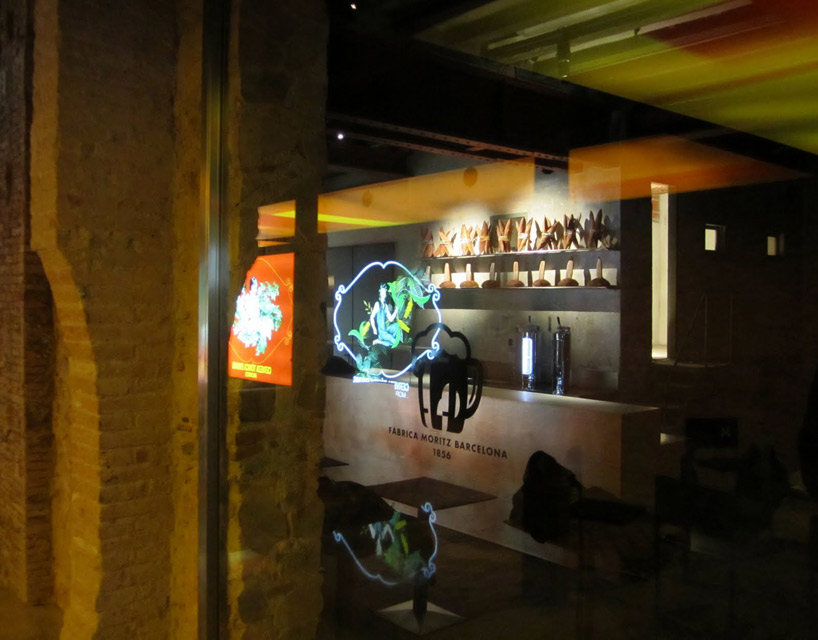 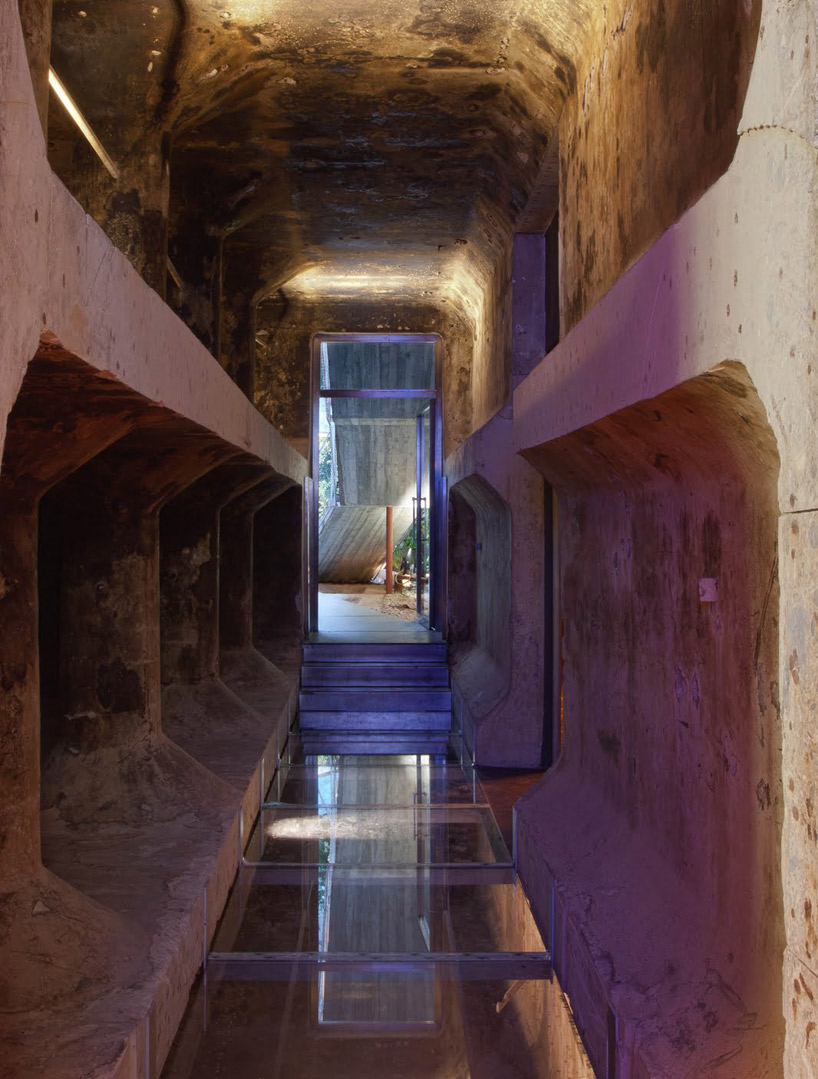