the first gallery of the ‘louvre abu dhabi‘ has been completed one year after construction began. designed by pritzker winning architect jean nouvel and developed by the tourism and development & investment company (TDIC), work is now underway on the museum’s interior, along with the installation of the mechanical plant, water pipes, electrical wiring and security implementation. around 20% of the domed structure is in place, while the full structural steel frame will be completed later this year. the scheme is slated for completion by the end of 2015.

drawing on the passive cooling techniques of regional buildings, the 64,000 square meter project incorporates a long network of pools in addition to woven palm frond roofs. the primary canopy is perforated with carefully placed small holes allowing light to enter through eight individual filters. again referring to ancient arabian engineering, the geometric lace dome is influenced by interwoven palm trees, resulting in a distinctive play of light and shadow. the dome also creates a microclimate ensuring a comfortable internal environment for visitors and its valuable artworks.

the development, born of an agreement between the respective governments of abu dhabi and france, will chronologically display art, manuscripts and objects of historical, cultural and sociological significance. the items on display will originate from societies and cultures all over the world, with universal themes and influences highlighted to illustrate the similarities that arise from shared human experience –  transcending geography, nationality and history. 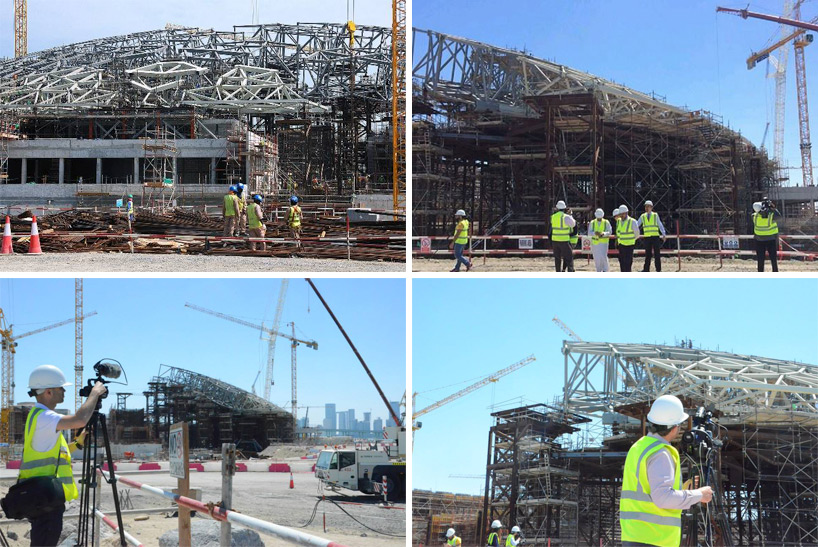 Aug 10, 2022
david altrath captures brutalist 'mariendom' church with crystal-like roof in neviges, germany
the roof presents an eye-catching folded shape, with many comparing its form to an iceberg, a crystal, a flower, or a tent.
architecture
514 shares
connections: +3670