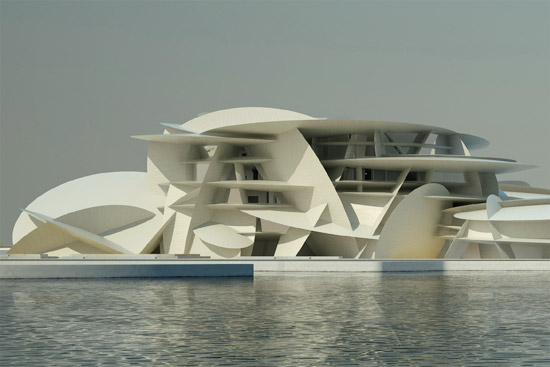 french architect jean nouvel is responsible for the design of the new national museum of qatar. his concept reflects the vanishing bedouin cultures of qatar, in an effort to embrace the realities of a rapidly urbanization society, and maintain a connection to this fading world in which the country sprang.

the starting points of the design began with the desert rose, which are tiny formations which crystallize below the desert’s surface. made primarily from steel and concrete which will be locally sourced / fabricated, the new building will be constructed from dozens of interlocking disk-like forms varying in curvature and diameter, suggestive of the blade-like petals of the desert rose. they will intersect at various angles, some standing, others acting as support elements or lying horizontal, creating an uneven pile. they will be made from steel truss structures, and will be assembled in a hub-and-spoke arrangement, all clad with glass fiber reinforced concrete panels. columns concealed within the vertical disks, carry the loads of the horizontal disks to the ground. his design is a manifestation of the qatari identity, through a building appearing as if it is growing out of the ground. 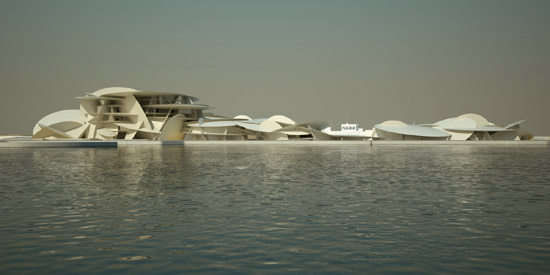 glazed facades fill the voids between the disks. perimeter mullions are recessed into the ceiling, floor and walls, giving the glazing a frameless appearance when viewed from the outside. deep disk-shaped sun-breaker elements filter incoming sunlight.

the layered disks of the building’s exterior are mirrored on the interior. there will be thermal buffer zones within the disk cavities, reducing the cooling loads of the building. the large overhangs of the disks will create shady areas on the exterior, protecting the interior from light and heat.

the aesthetic of layered plates on the exterior will be mirrored on the museum’s interior. floors will be done in a sand-colored, polished concrete, and the vertical disk walls will be clad in a ‘stuc-pierre’, a traditional gymsum and lime-blended plaster formulated to imitate stone.

the museum will be surrounded by a 1.2 million square foot landscaped park, which interprets the qatari desert landscape. the gardens are specifically designed to withstand the intense climate of qatar. the flora and fauna will include native grasses and indigenous plants, such as pomegranate tress, date palms, herbs and the national tree of qatar, the sidra tree, all which have low water consumption. the landscape design will include sand dunes along with a stepped garden architecture, creating sitting areas and spaces for the museum’s programs of tours and garden lectures. 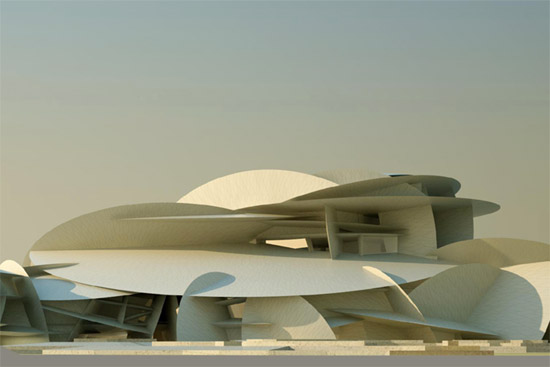 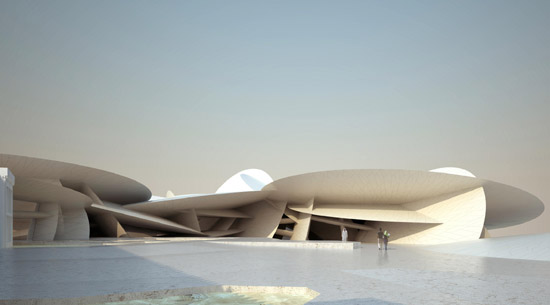 ‘a nomadic people builds its capital city and talks about it through this emblematic monument built with the most contemporary construction tools (steel, glass and fire concrete), and will communicate through high-definition cinema, incorporating visitors’ movements into its museography: this museum is a modern-day caravanserai. from there you leave the desert and you return from it bringing back treasured images that remain forever engraved on your memory. this is more than just a metaphor. the national museum of qatar will become qatar’s voice of culture, delivering a message about the metamorphosis of modernity and the beauty that happens when the desert meets the sea.’ – jean nouvel 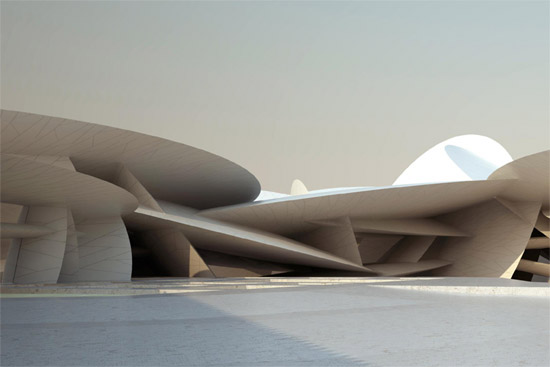 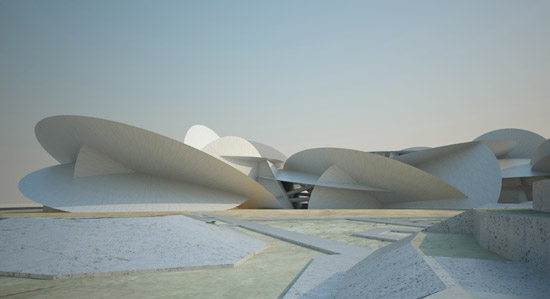 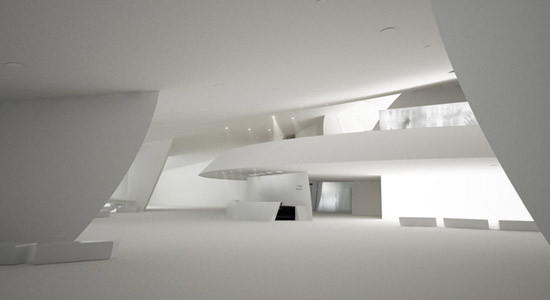 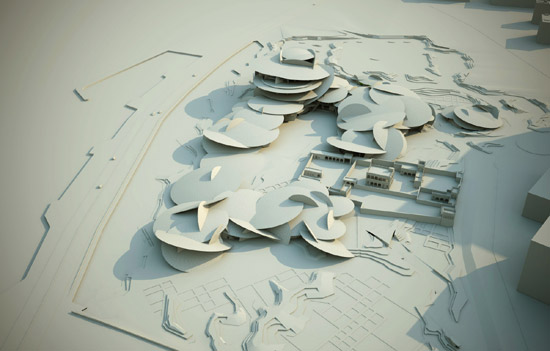 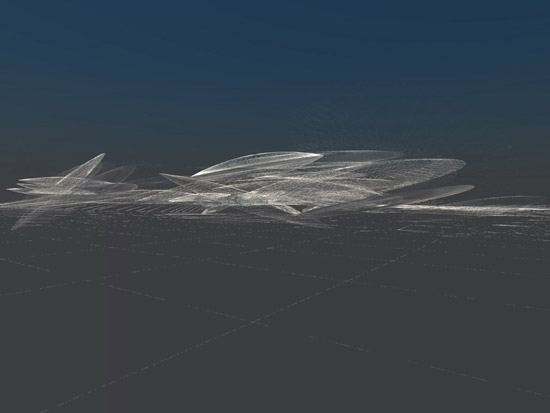 via the new york times, the architects’ journal