characterized by a deep slot that extends from the street to the core of the design, the asymmetrical form of the building hugs the block to become a physical interface between the cathedral and the city. the pedestrian walkway opens up to the sky above, providing an alley-like market atmosphere for the visitors. 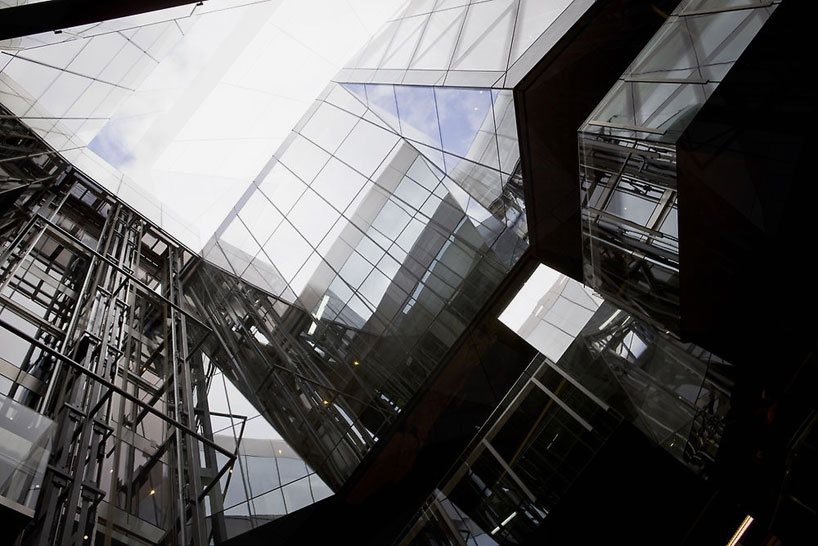 accommodating multiple levels of retail opportunities, the building also hosts five floors of offices as well as a basement level with vehicular access. the roof features a pathed lookout space that offers panoramic views of the city of london. defined by stepped seating and sections of greenery, the faceted angles of the design is translated into three-dimensional rooflight forms that pierce through the plane.

to read more on the project, click through to our previous coverage here and here. 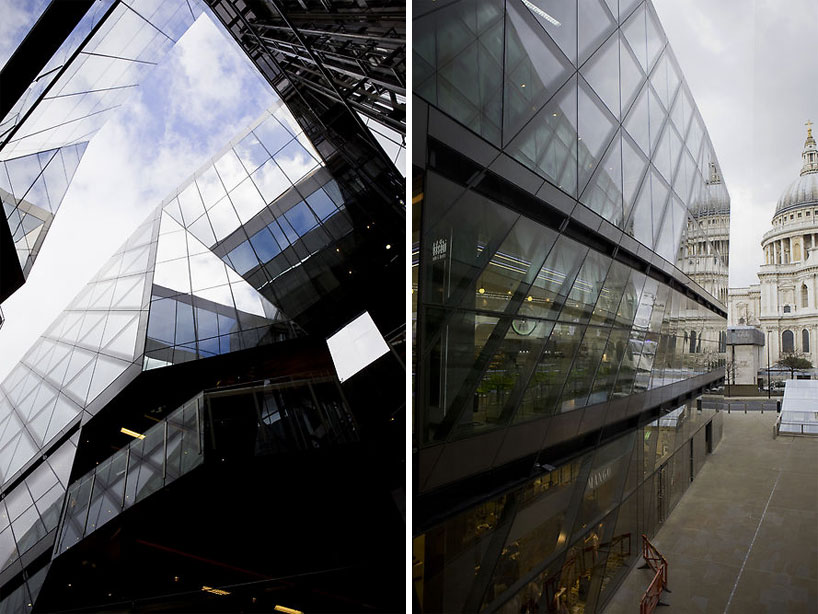 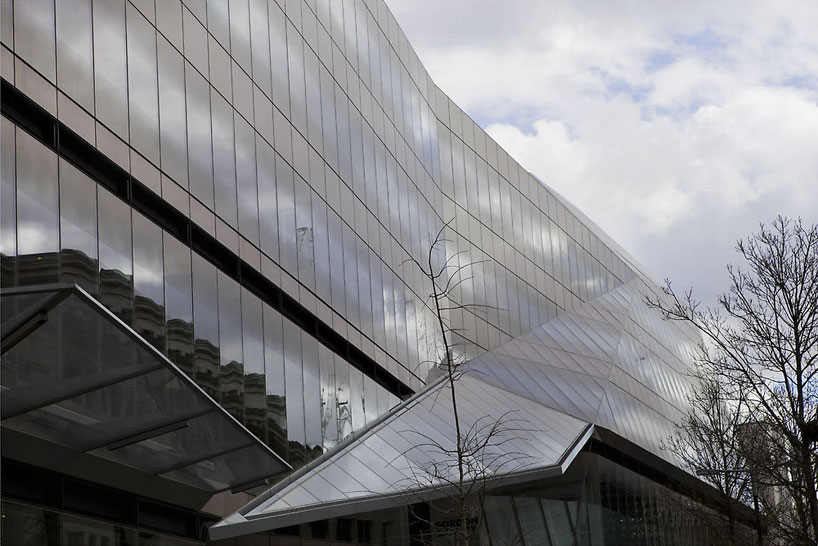 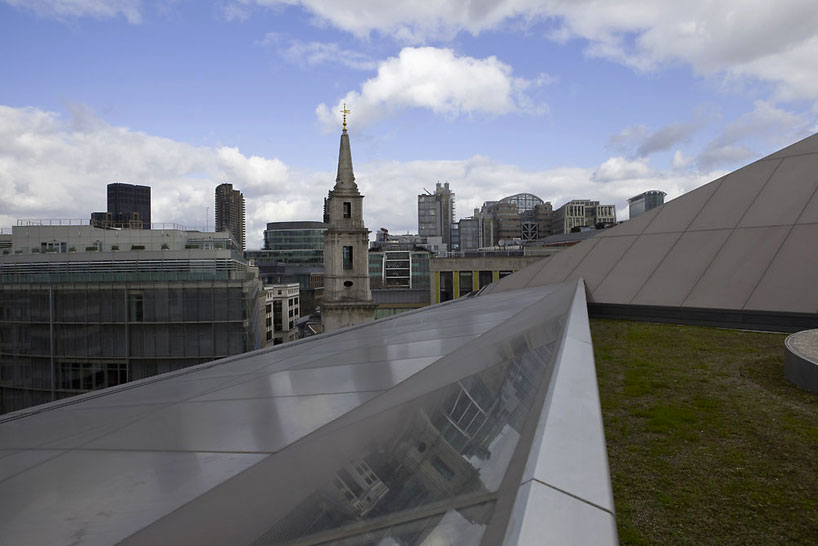 view of the cathedral from the roof level image © danica kus 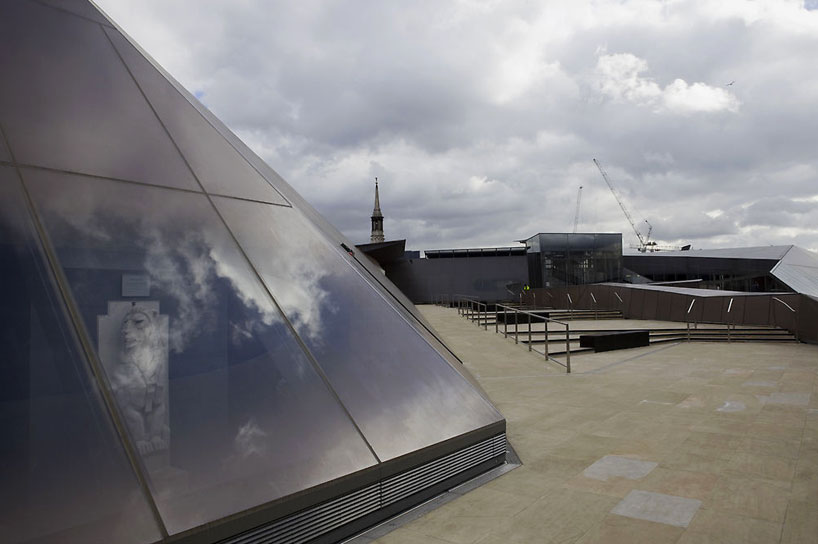 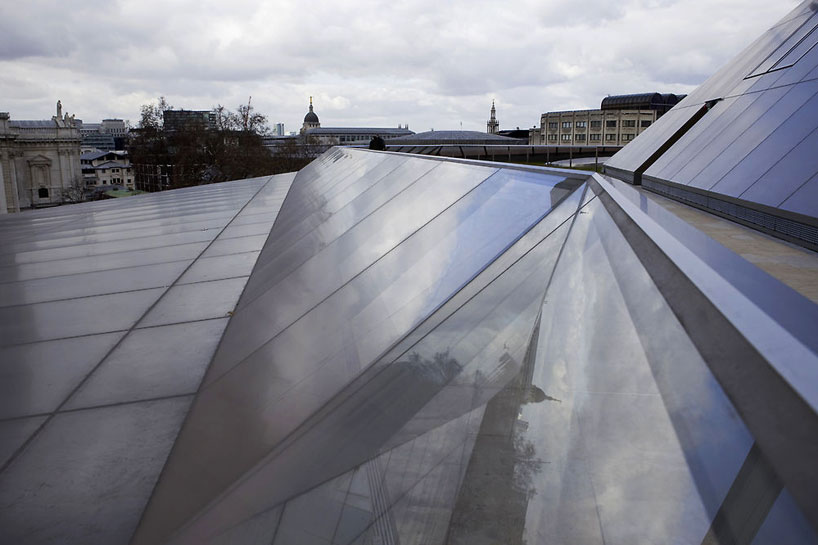 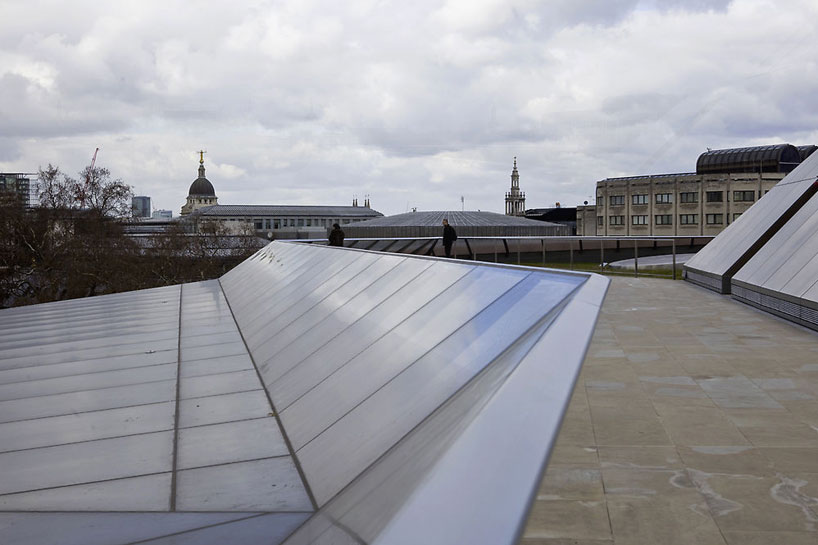 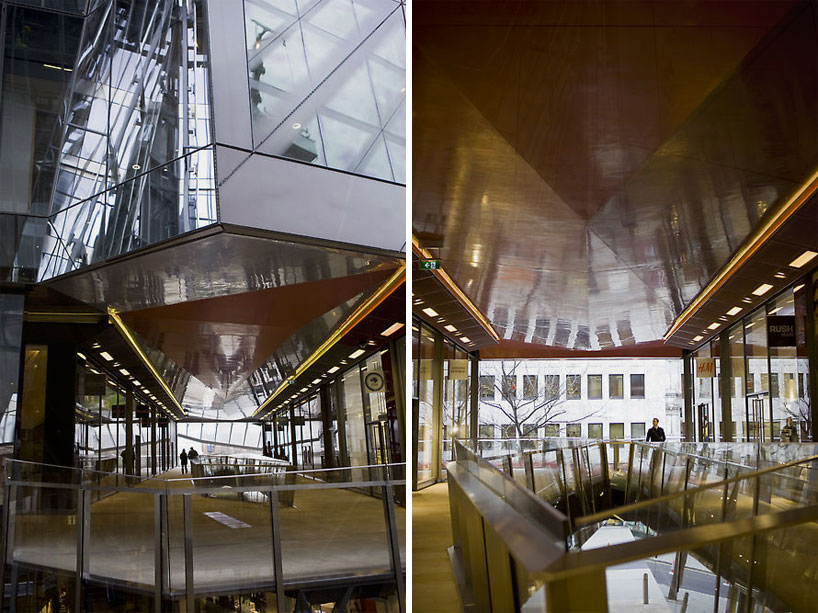 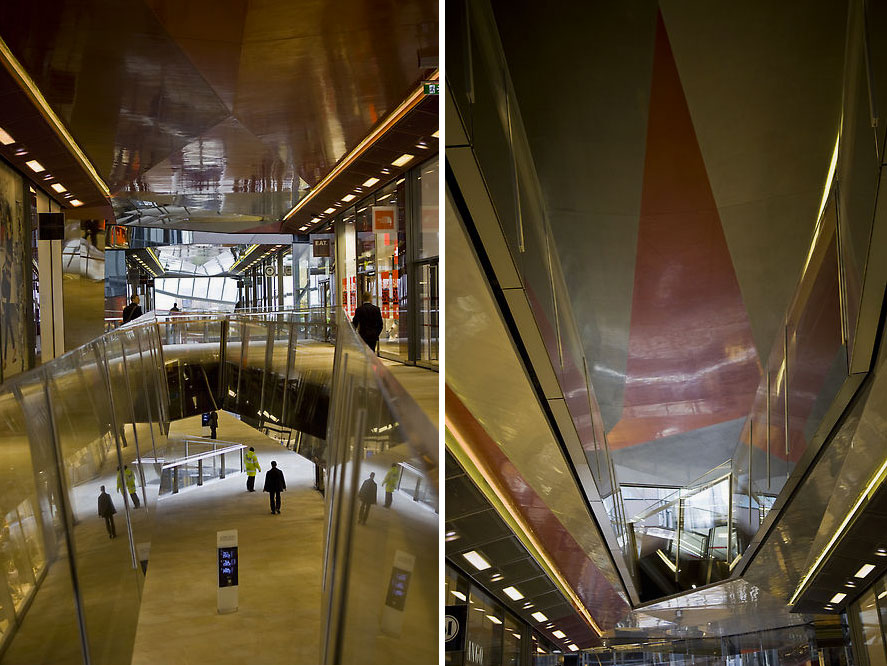 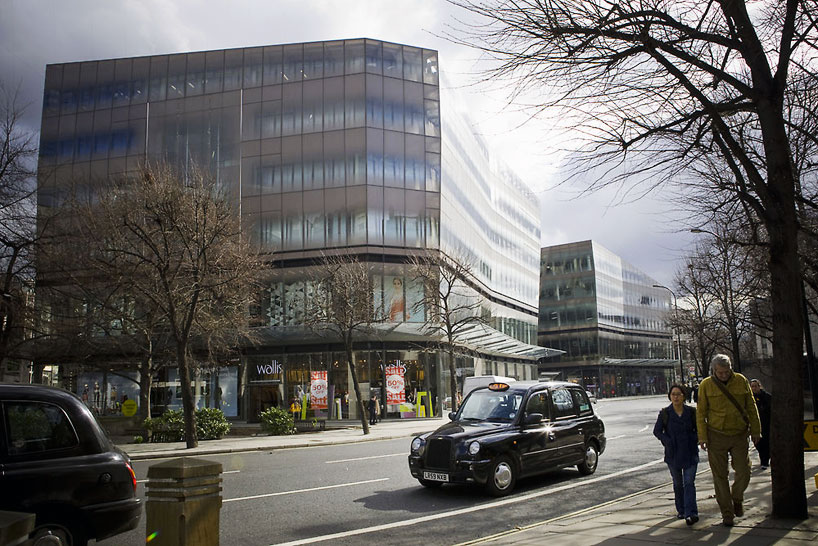