in belgium, jean nouvel has extended charleroi’s police headquarters with a 75 meter tower on a site that also houses a local dance studio. in doing so, a lively and accessible urban space has been created, activating the surrounding neighborhood. in 2011, after an international competition, ateliers jean nouvel was chosen alongside local practice MDW architecture to establish an accessible and congenial image of the police, while giving the city a strong urban landmark. 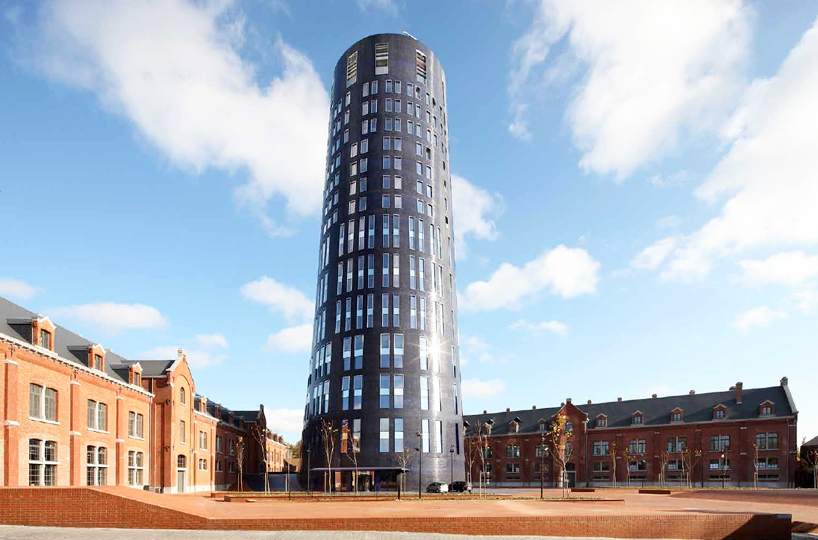 dance studios and residences for artists are placed within original brick buildings, while the site’s cylindrical structure accommodates additional floor space for the police headquarters. the color of the elliptical edifice is a reminder of the dark hues worn by the police force, with blue bricks cladding the reinforced concrete structure. 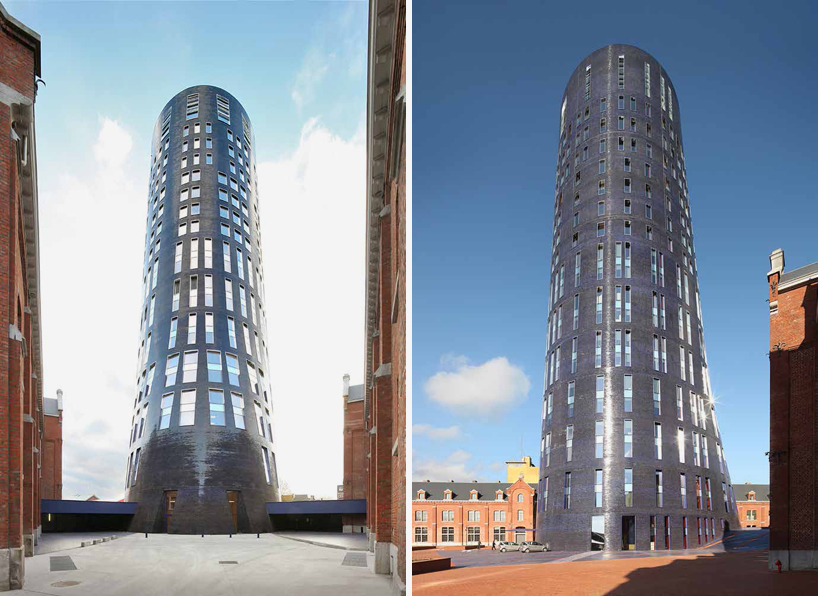 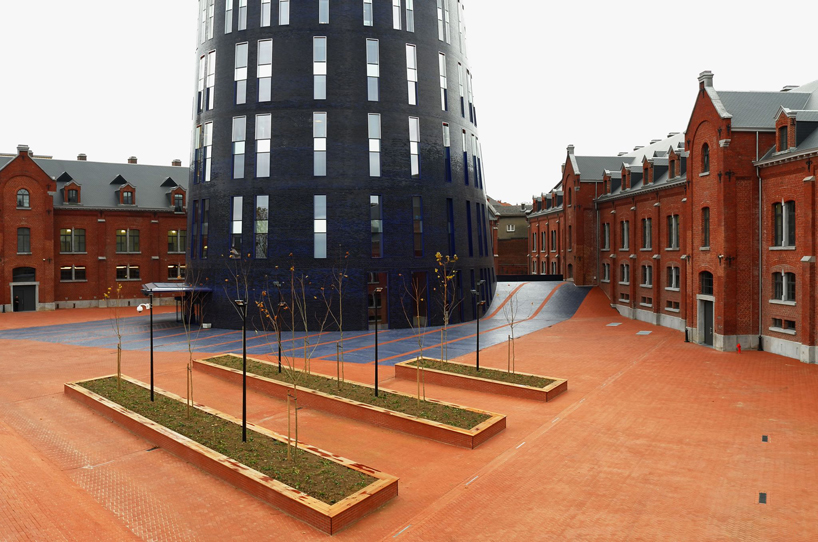 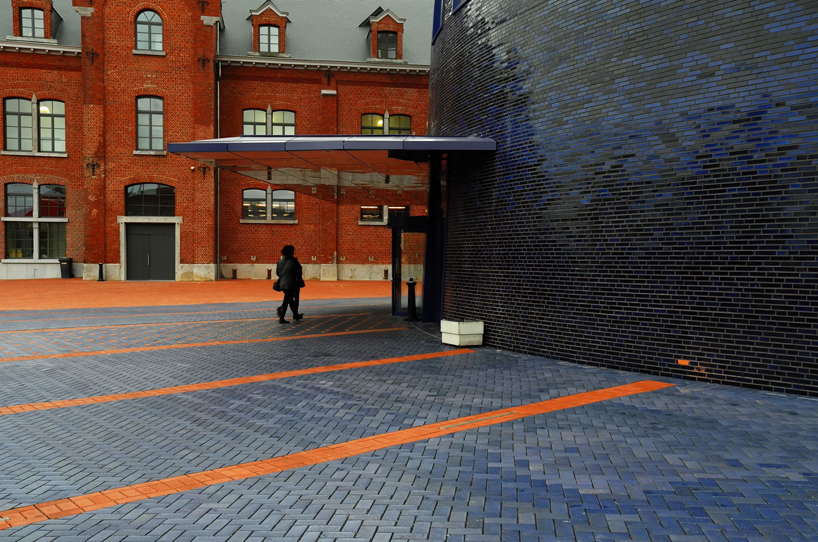 the entrance to the building 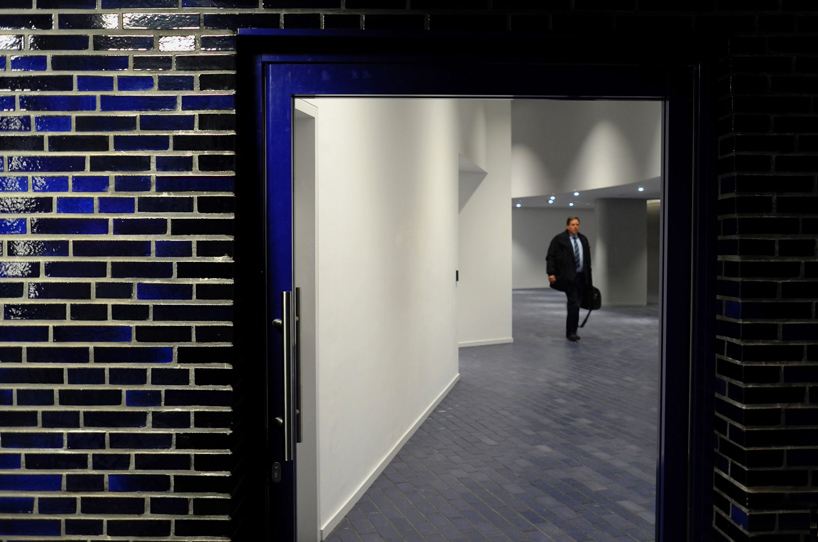 blue bricks are incorporated throughout the design 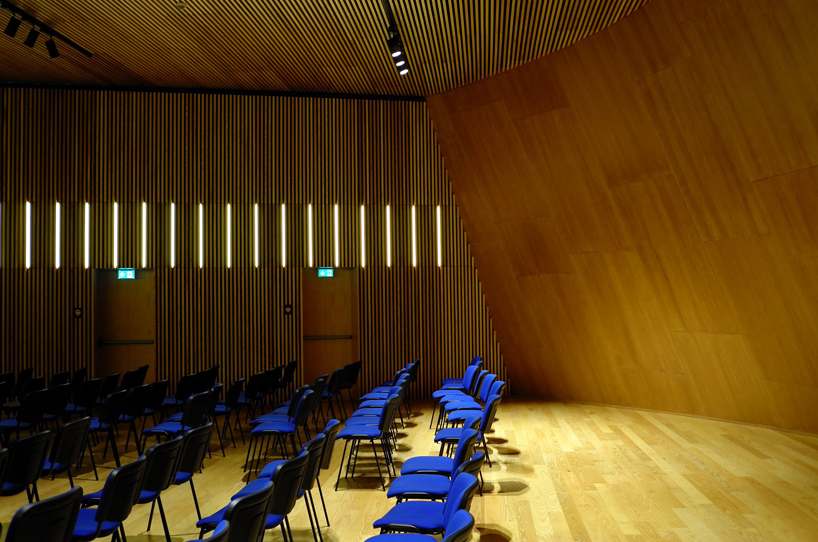 meeting rooms are clad with timber