‘vertical confluence’ is a contemporary skyscraper designed by parisian based architects jiang yuan and xu yang. sitting at the brink of a la seine and la marne river in paris, this proposed design seeks to integrate the historical urban fabric of these two areas. the tower exercises several principles in order to achieve this goal. public spaces are created as the confluence skyscraper helps to adjoin the project park on the bank of ivry and the green spaces of charenton-le-point. 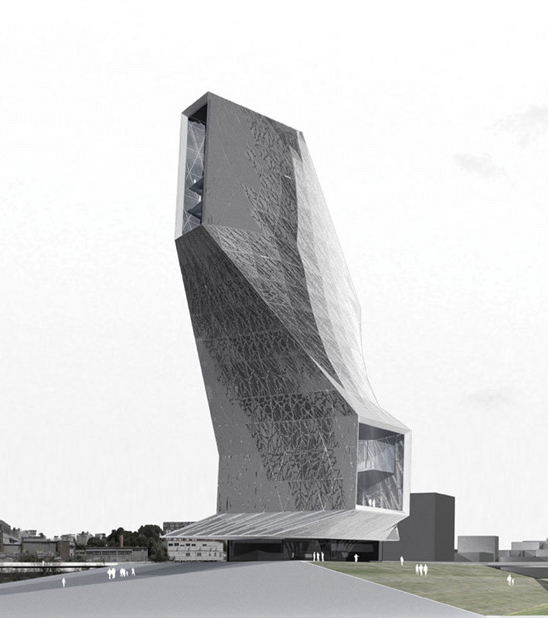 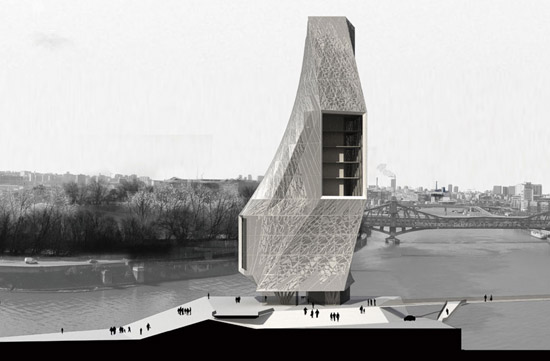 redevelopment of the traffic around the skyscraper means reconstruction of the existing bridge between the banks of alfortville and charenton-le-pont so that it will arrive directly at the central park of the project and continue to the bridge of ivry. in doing this, more pedestrian flow is facilitated around the site of the skyscraper. ‘vertical confluence’ also provides a public place to host cultural events such as shows or outdoor concerts, bringing together the local community.

the design of ‘vertical confluence’ allows it to morph according to its program and relationship with the existing urban spaces and landscape. the lower volume contains an auditorium and an open-air theatre facing la seine river. in the middle, there is a public library with views toward paris’ biggest green space known as ‘the bois de vincennes’. in the upper levels, facing the city’s skyline, there is a museum, a restaurant, and a café. 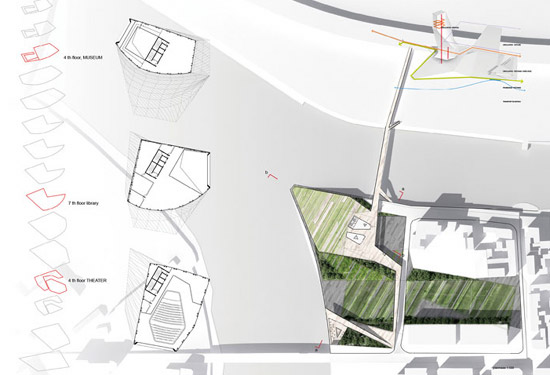 the skyscraper sits at the brink of la seine river and its right tributary la marne river.

‘vertical confluence’ was given special mention by the evolo magazine which hosted 2010 skyscraper competition.