the hill occupied by são jorge castle is the site of the first known human settlement of lisbon, a vantage point overlooking the tagus estuary and its inland territory. the excavation of the castle’s praça nova, begun in 1996, uncovered remnants of its successive periods of inhabitation, leaving the exposed archeological site open to an intervention of protection and musealization, addressing the themes of revelation and readability of the palimpsest that an excavation represents with a pragmatical approach aimed at clarifying the palindromic quality of interpretation of the site. the first action was its clear delimitation with a precise incision: a wall of corten steel to contain the higher perimetrical surface.

the same precision was used in the inserted steps, landings and seating, setting them apart from the excavated walls. a hovering structure protects the existing mosaics of a XV century palace, its underside covered in a black mirror that allows the reflection of the pavements. the canopy for the protection of the xi century muslim domestic structures and its frescoes was an opportunity to reproduce its spacial experience. conjectural, abstract and scenographic, the white walls float above the visible foundations, touching the ground on mere 6 points, while its covering filters the sunlight.

underlying the whole site, the evidence of the iron age settlement is exposed and protected through a volume that invites the curiosity for the observation of its interior, leading the visitor around the excavated pit to the point where both the physical and time distance of the exhibited structures is made obvious. the palimpsest of the site history is thus decoded and the possibility of its palindromic time-space reading made clear through the experience construed by its material protection and musealization. 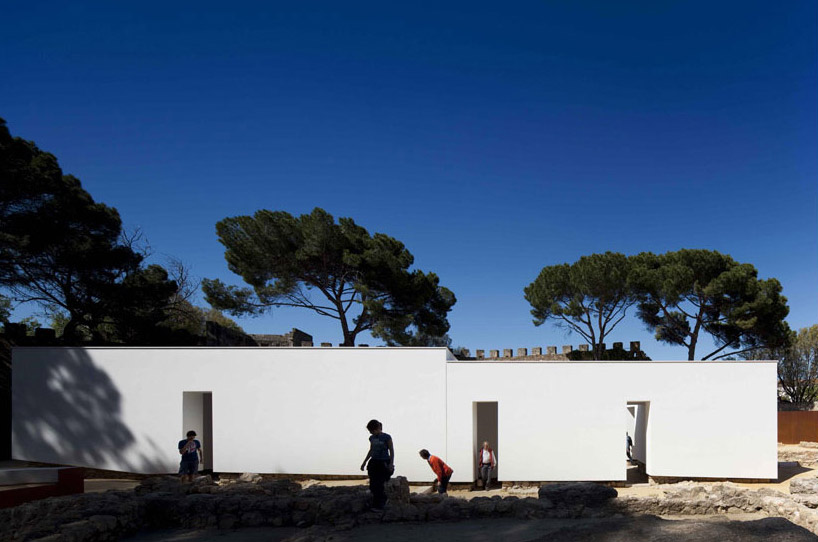 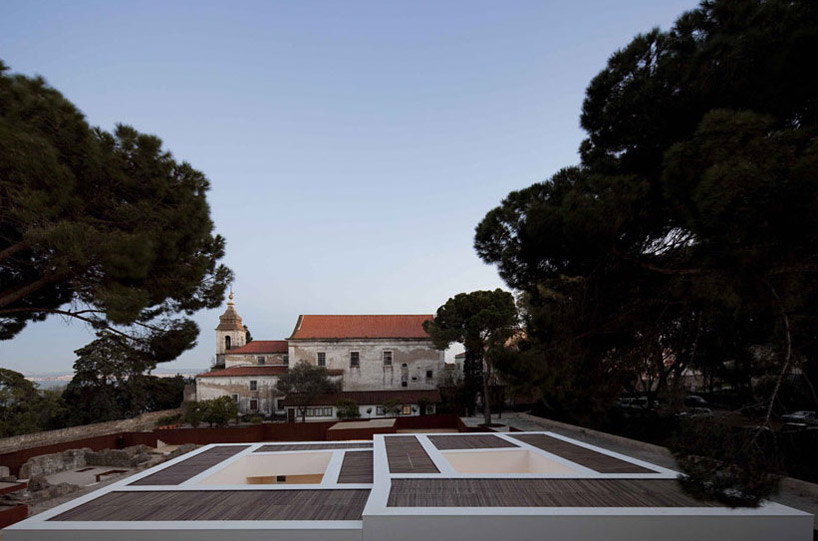 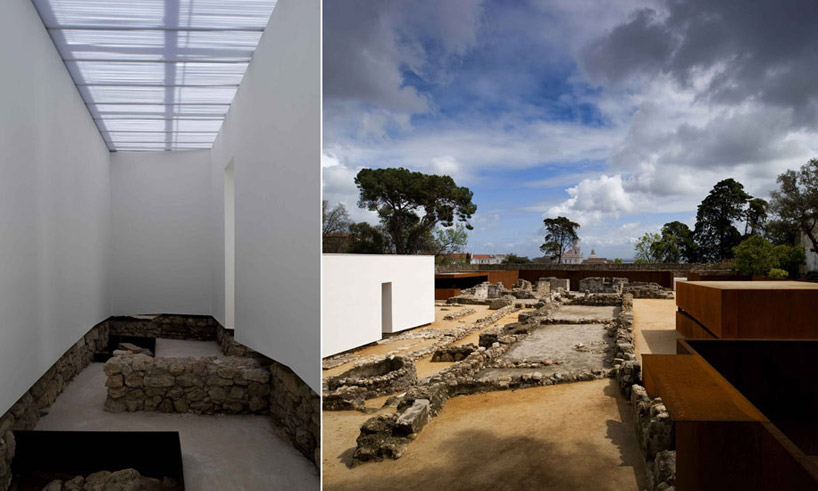 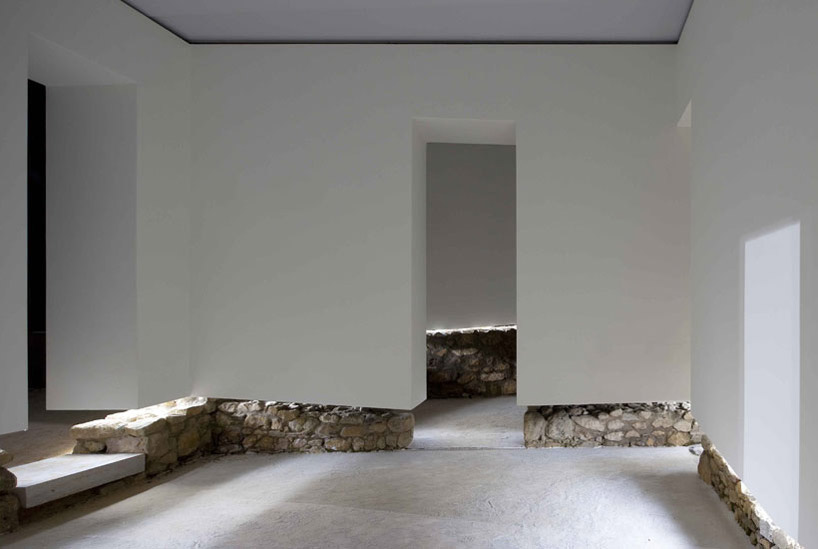 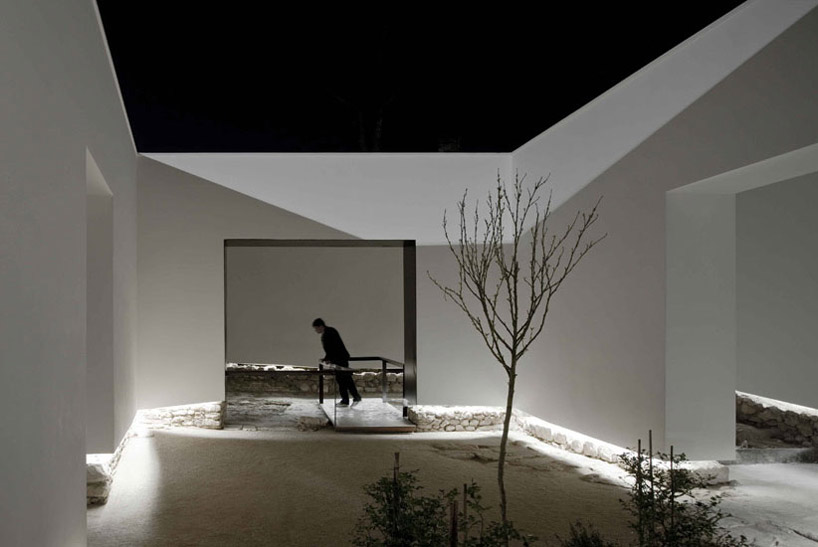 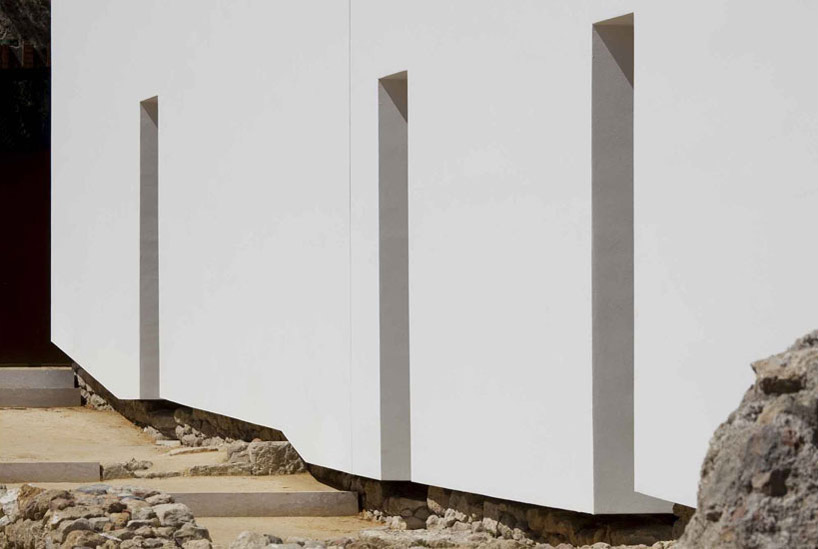 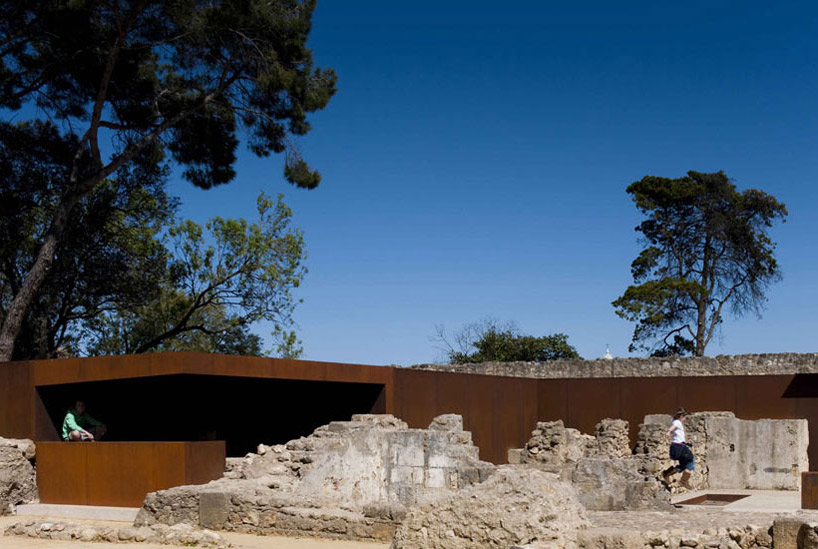 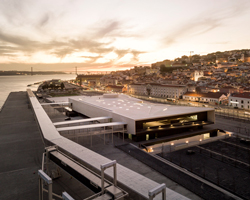 Jul 08, 2018
JLCG architects' cruise terminal mediates the visibility between the river and lisbon 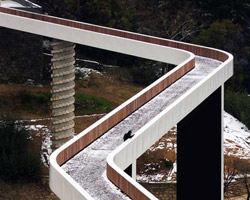