american designer joanna borek clement has developed ‘tafoni floating home’. her aim for the project was to change people’s attitude of living on a houseboat. it was specifically designed for the houseboat district of sausalito, california.

the middle part consists of a fully glazed sunroom that contains the kitchen, dining area and the main entrance to the boat.

the front part of the houseboat is occupied by a living room and the back part contains a bedroom. both of these areas feature views of the bay framed by tafoni-shaped windows.

the framing of the houseboat consists of the modular repetitive ellipsoidal wooden trusses that can be mass-produced to conserve resources and energy. the ellipsoidal shape of these structural elements allows for a large spanning capacity, thus eliminating the need for additional walls and columns that would cram the space inside affecting the quality of the interior space. 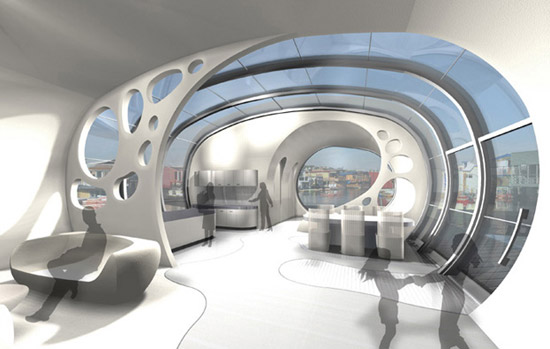 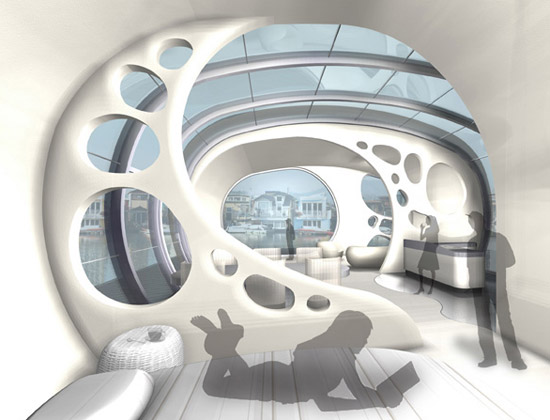 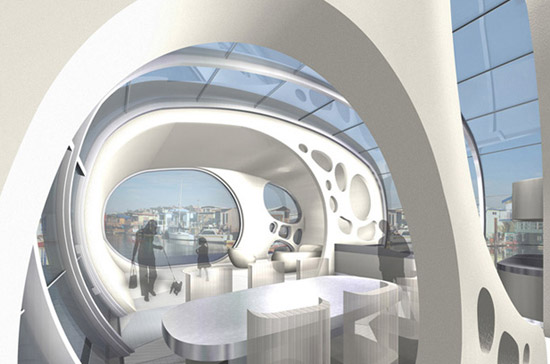 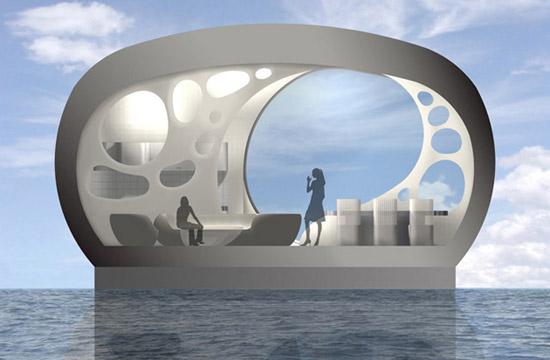 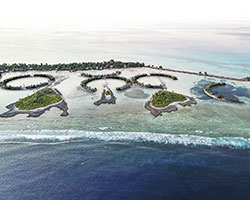 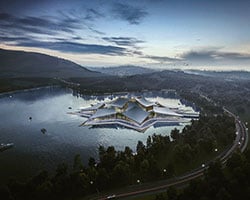