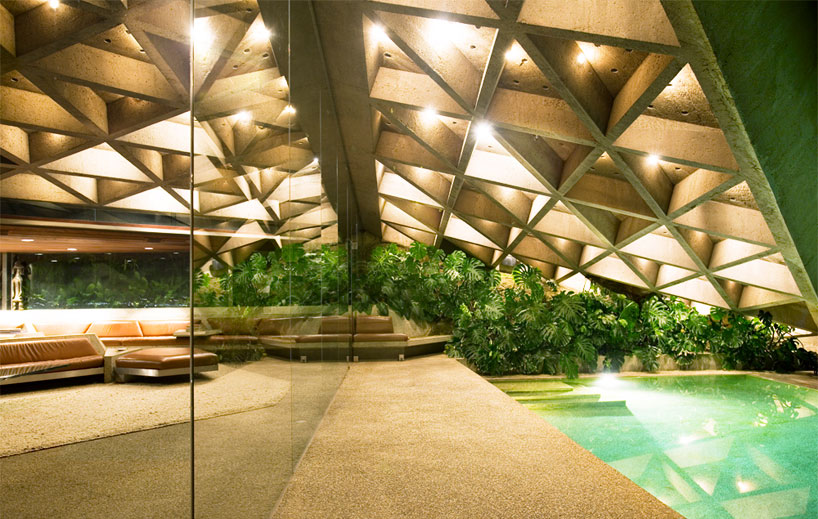 while in los angeles, designboom had the opportunity to visit john lautner’s iconic ‘sheats goldstein residence’.
the showing, held on what would have been the late american architect’s 100th birthday, was part of the months long john lautner turns 100 series taking place in LA and michigan.

the dwelling – seen here in its current state with photographs by new york and LA-based artjocks – is one of lautner’s  best known works. originally built between 1961 and 1963, the home is now owned by james goldstein, who worked with lautner for over two decades before his death to restore and renovate the property. 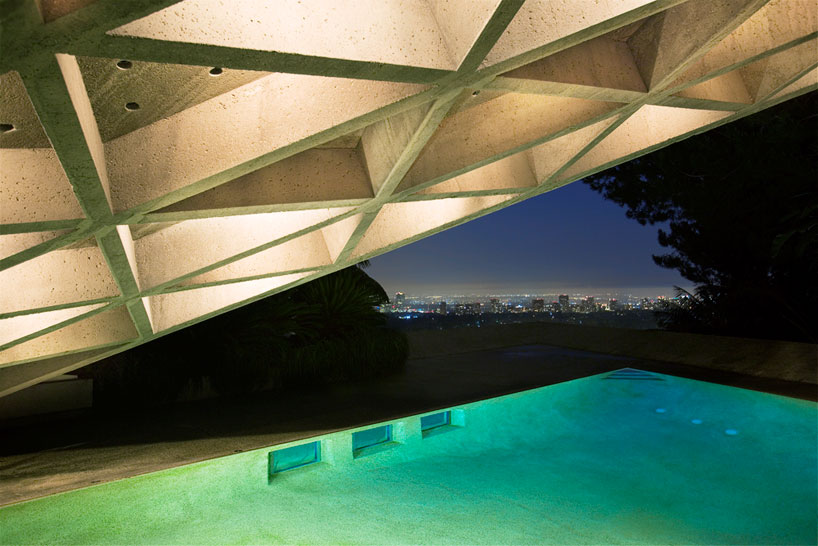 
read as an extension of the landscape, the design seeks to seamlessly integrate itself with the lush surroundings,
blurring the boundaries between interior and exterior. built into the sandstone ledge of the hillside, the home is both
cavernous and exposed, opening to accept unsurpassed views over the city and the encircling natural environment. 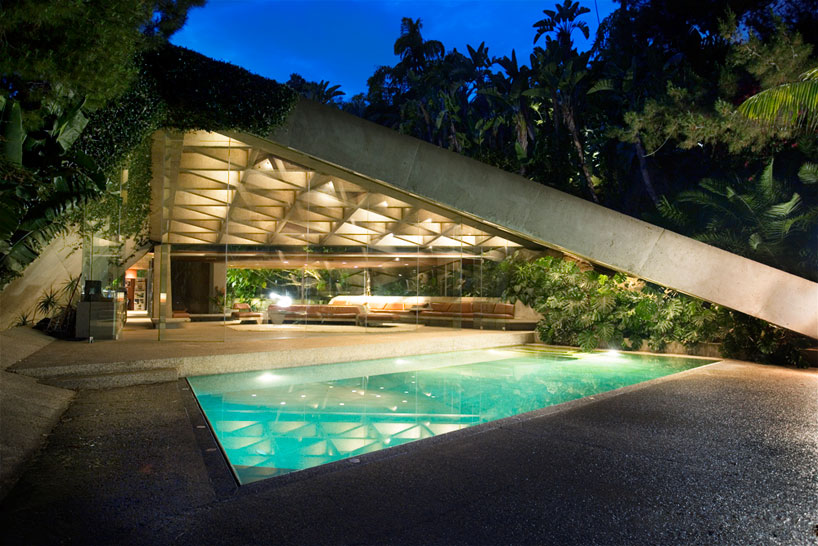 
perhaps the most recognizable element of the home is the coffered roof, which gently projects from the living room and folds down above the pool. pierced with 750 drinking-glass skylights, the triangular volume mimics the shape of the terrace and water, its monumental form linking the residence to the city. 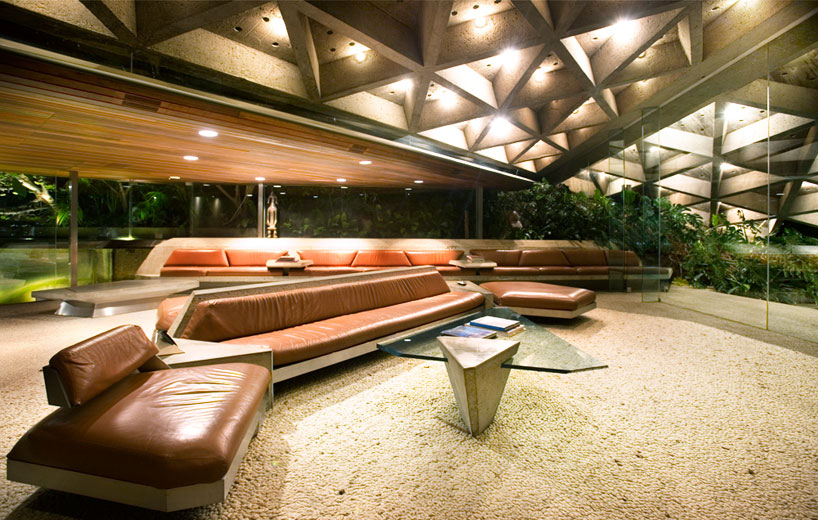 
the bold and raw skeleton, made from poured-in-place concrete consumes the home in its entirety, juxtaposed only by glazed walls and rosewood floors. the custom built in furniture – also designed by lautner – uniquely responds to the orientation and function of each room, positioned to take advantage of the adjacent views. the kitchen, windows, lights,  rugs, and operable functions were also conceived by the architect. 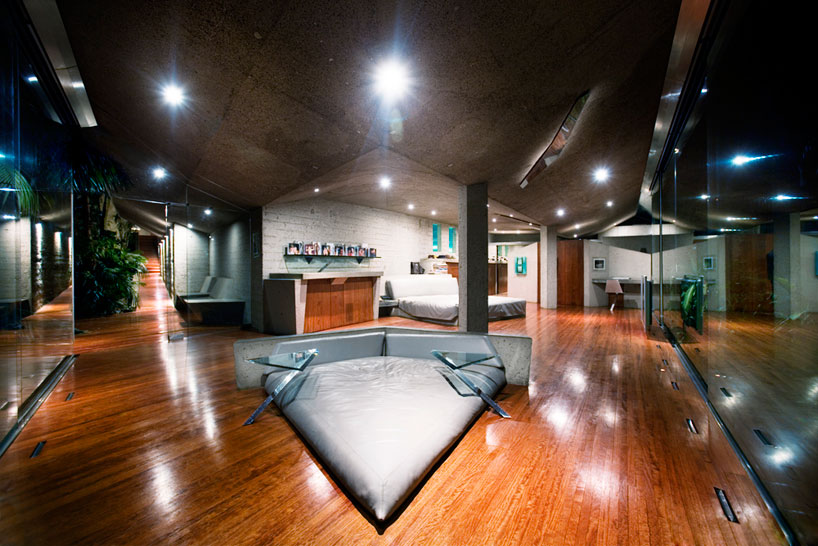 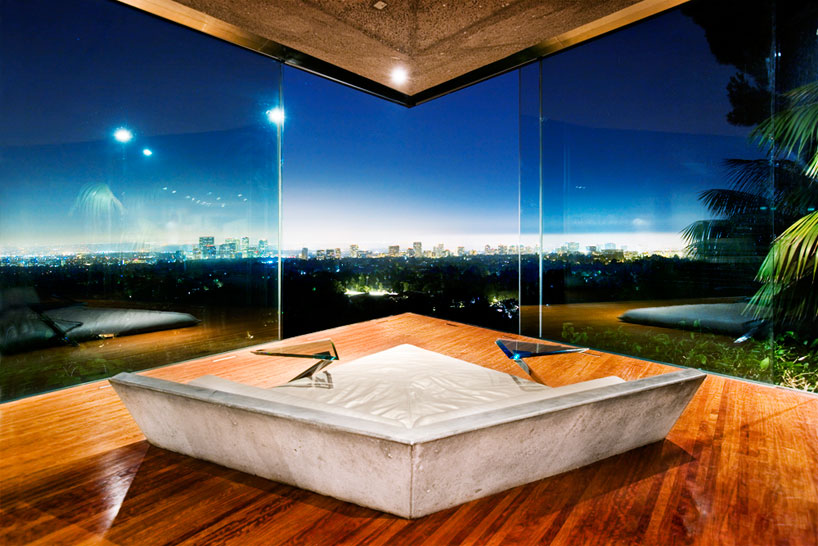 a lounge in the bedroom follows the lines of the exterior walls, and points towards the city
image © artjocks 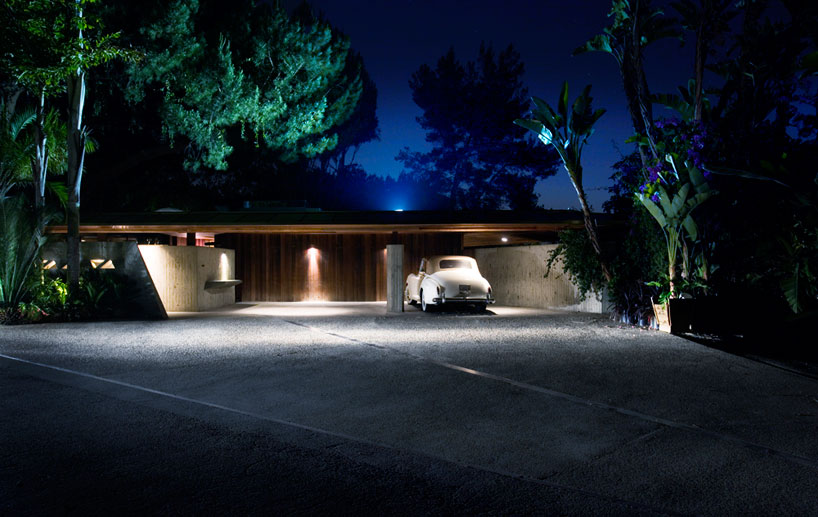 
the skyspace, designed by light artist james turrell in collaboration with architect, duncan nicholson,
is an art installation located on a steep slop below the residence. built using the same materials as the main house,
the space features two retractable portals that open to reveal the sky and views of the city. 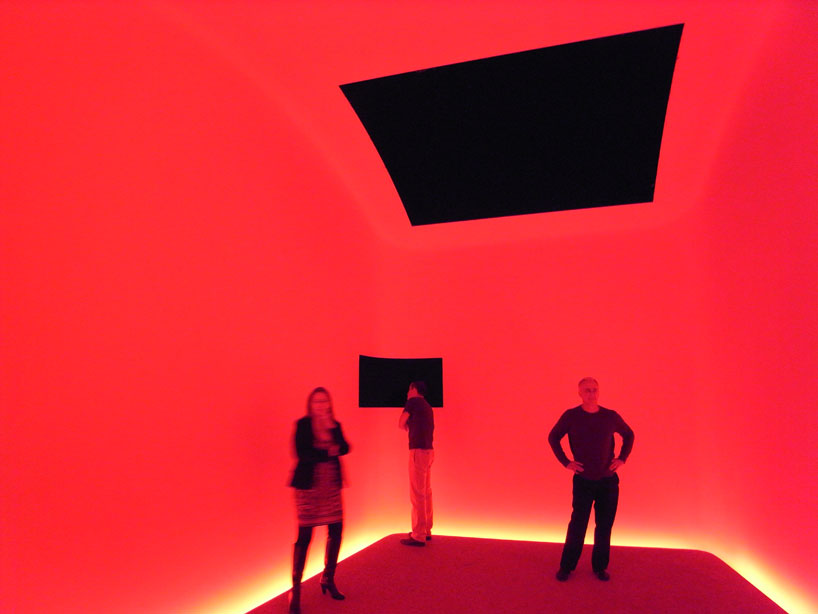 two portals – one in the wall, one in the ceiling – open to reveal the sky and city skyline
image © designboom

the openings, which fold away using carbon fiber composite materials, were made by a local aerospace engineer. 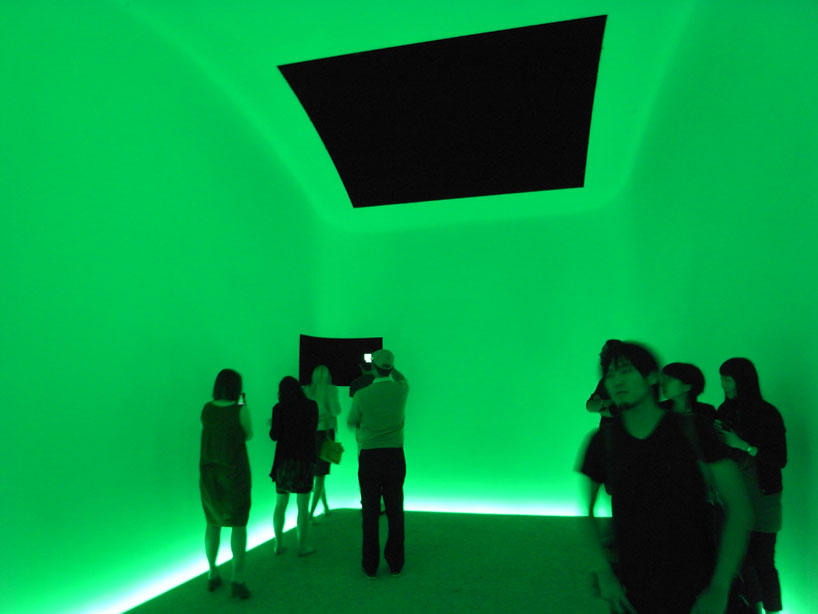 
thousands of hidden LED’s flood the room with vibrant colors that contrast the serene hues of sunrise and sunset. 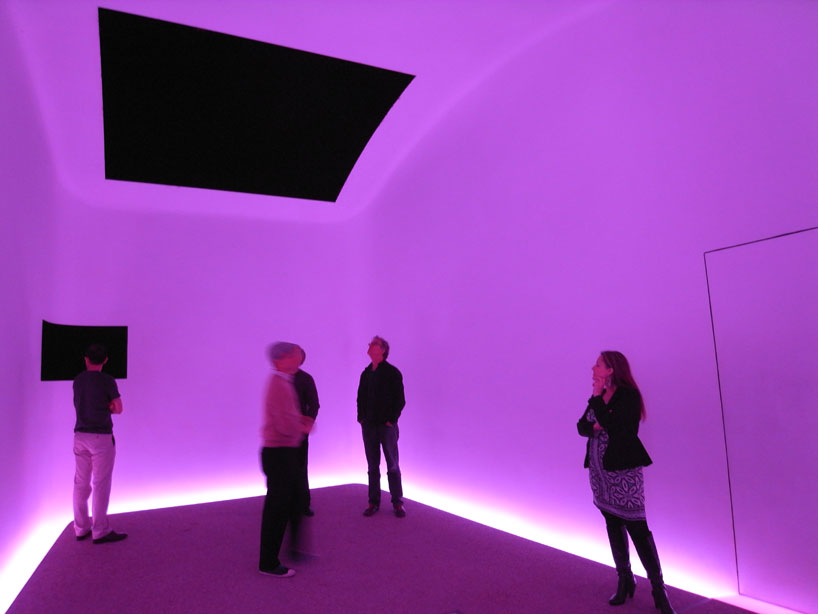 the retractable elements were made by an aerospace engineer
image © designboom


a mattress is embedded into the floor beneath the skylight, providing a place to relax and stargaze. 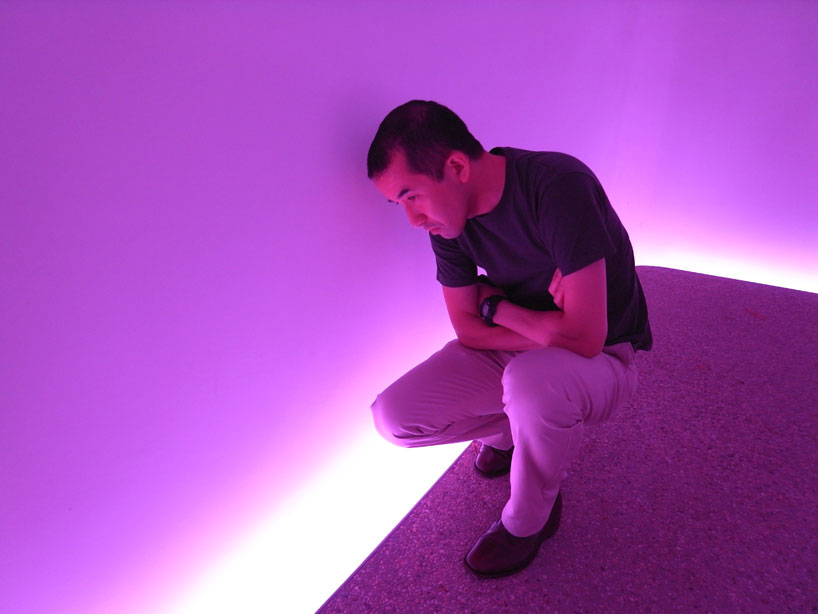 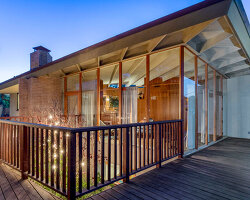 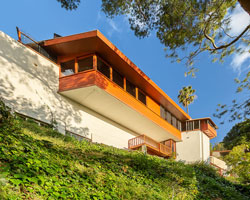 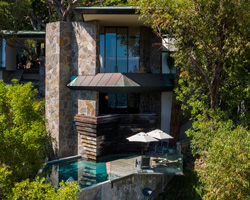 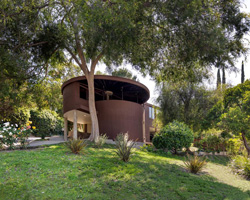 Jun 29, 2019
john lautner's circular wooden house from the 50's goes on sale for the first time