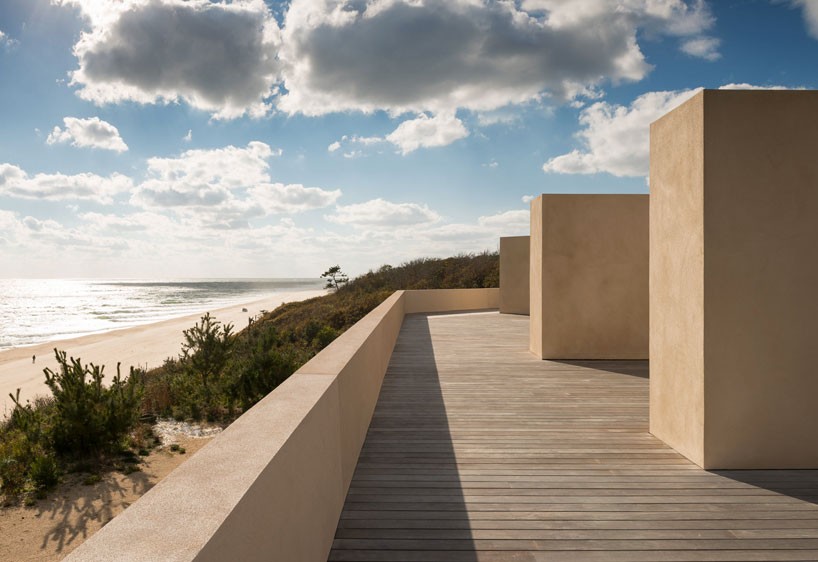 this john pawson-designed house in long island exemplifies his recognized minimalist aesthetic. named the ‘montauk house’, the property faces the atlantic ocean, directly lining up with the site’s topography- allowing the lower deck to engage naturally with the flow of the landscape of sand dunes. using light, space and materials, the architecture instills precision with its clean lines, refined finishes all the while blending with its surroundings. 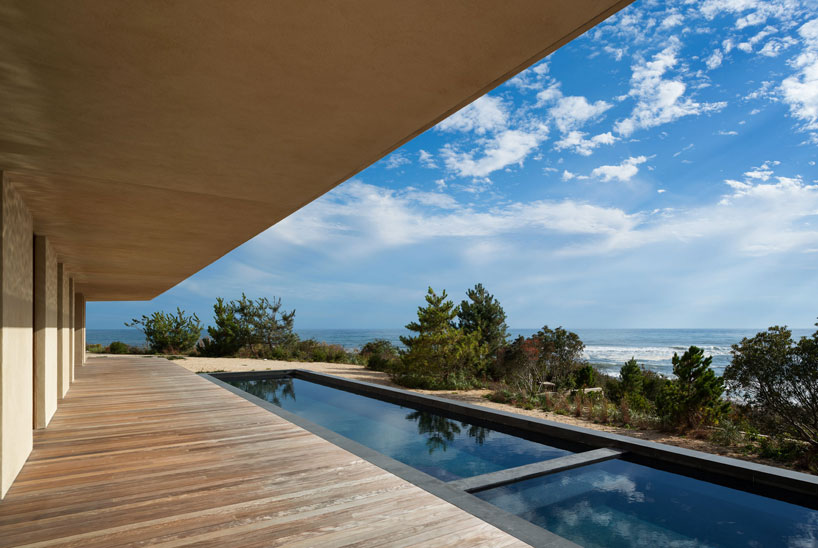 the quality is reinforced through the use of the warm material palette, accentuated by the the sandy stucco texture of the walls to the outer decks clad in silvered ipe – reminiscent of driftwood, internally the materiality is kept consistent. a distinctive feature of the structure is the series of pristine vertical planes that rise from the upper deck, each one framing the space and views, while providing counterpoint to the structure’s low horizontal mass. 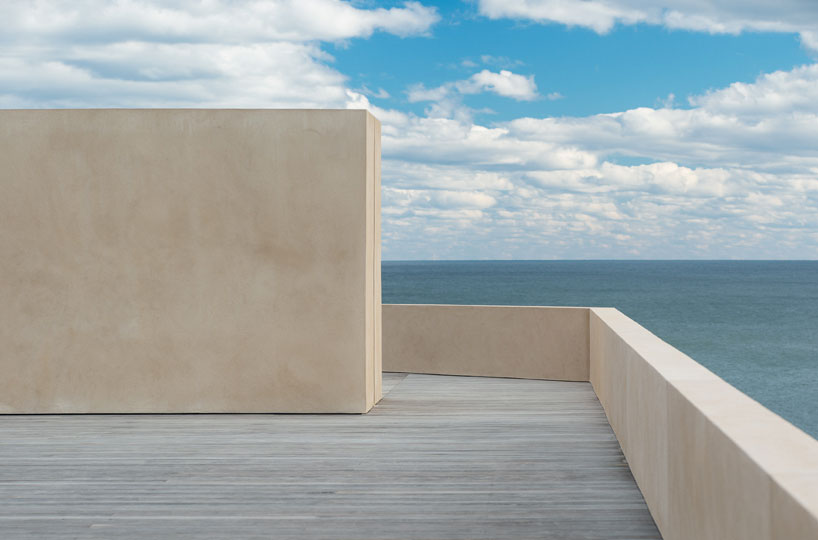 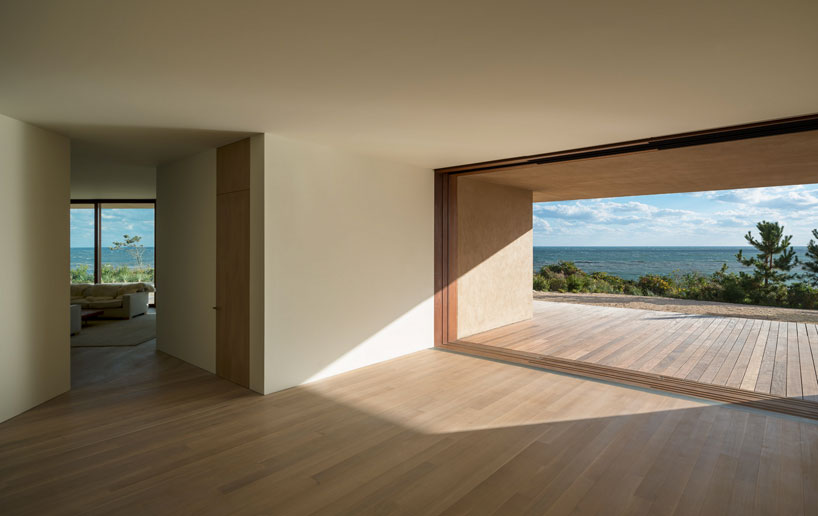 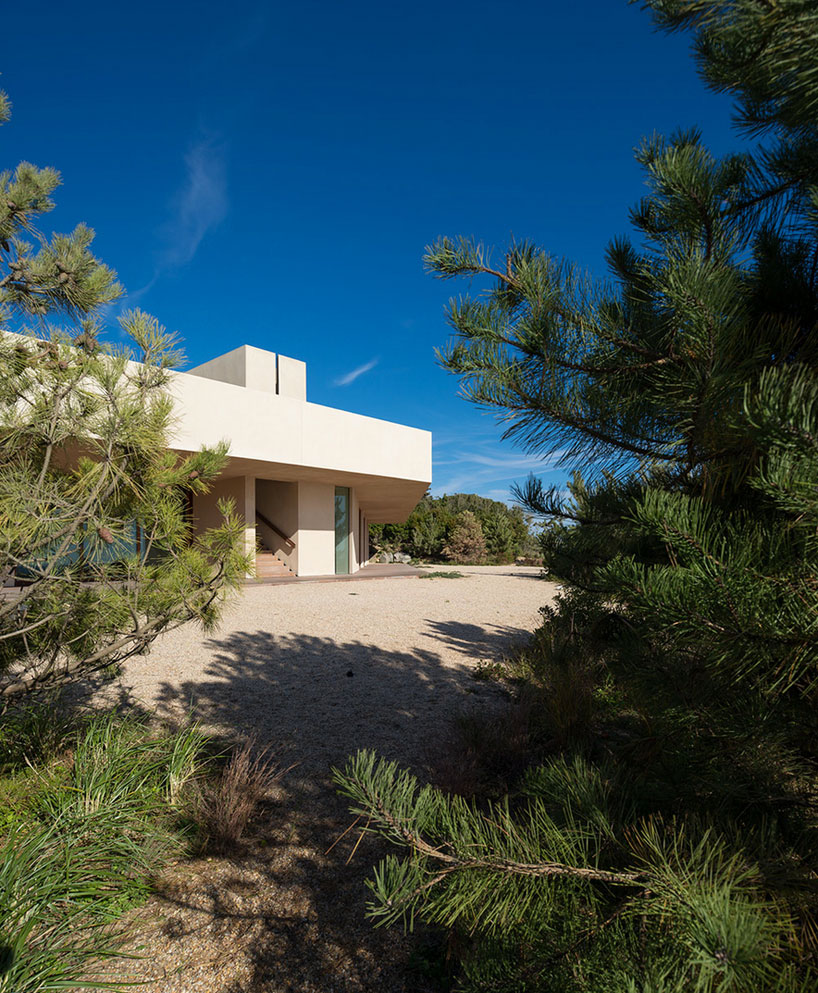 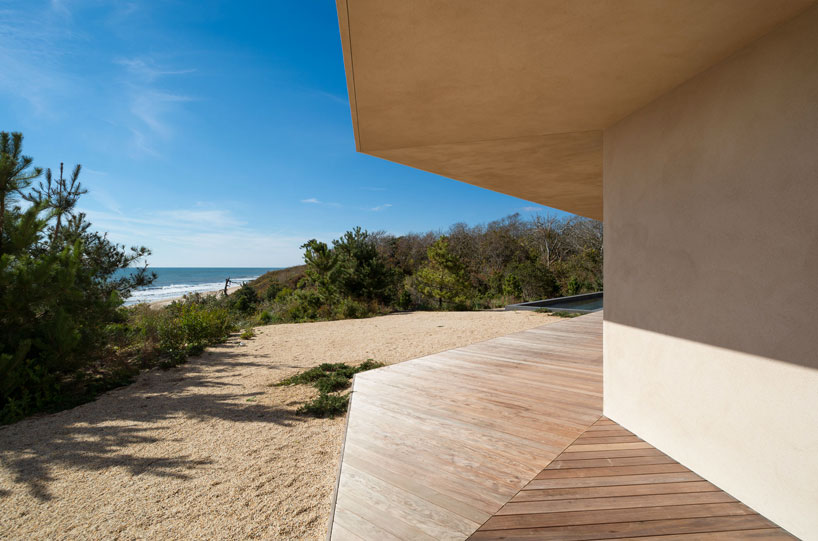 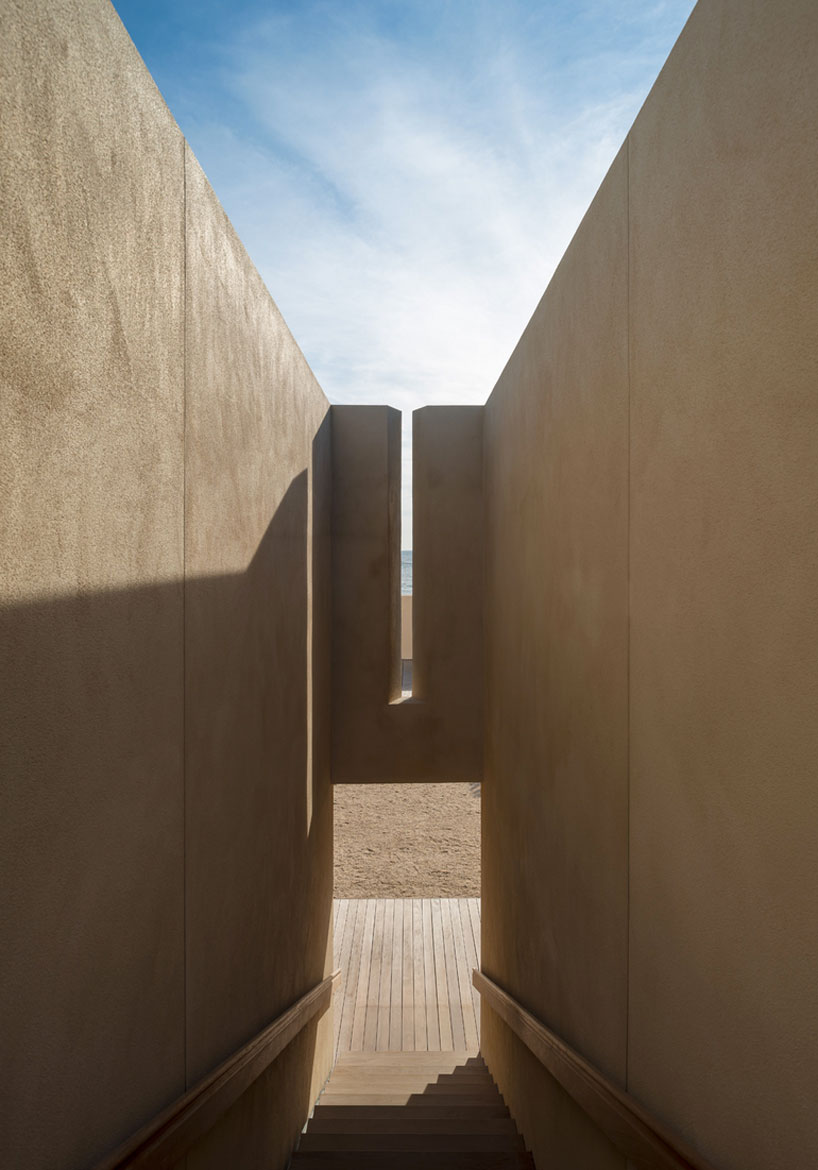