opening today at the the design museum, london is a major exhibition of the work of british designer john pawson. often described as a ‘minimalist’ he is known for a rigorous process of reduction, that creates designs of simplicity, grace and visual clarity. at the heart of the exhibition is a site-specific 1:1, full-sized installation designed by pawson to offer a direct experience of his work.

plain space celebrates pawson’s career to date with models, film, photographs and architectural elements and includes some of his most important projects including the cistercian monastery of our lady of nový dvůr in the czech republic, the sackler crossing at the royal botanic gardens, kew and the calvin klein store on madison avenue, new york. 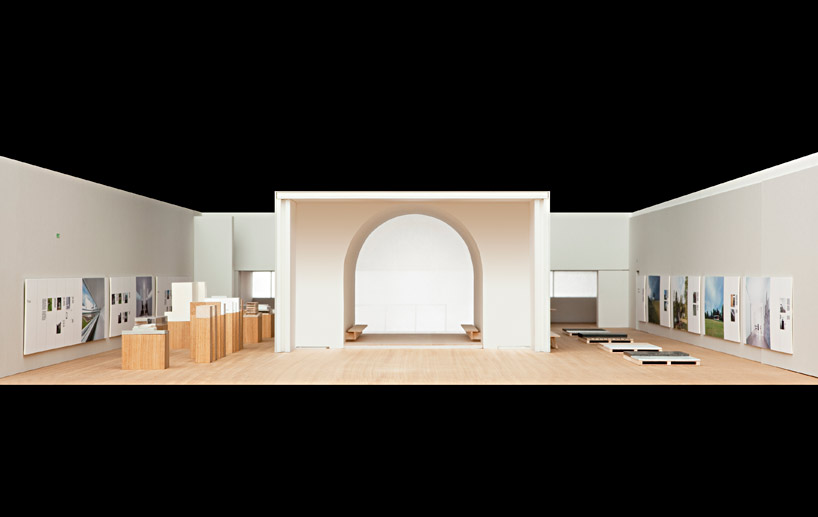 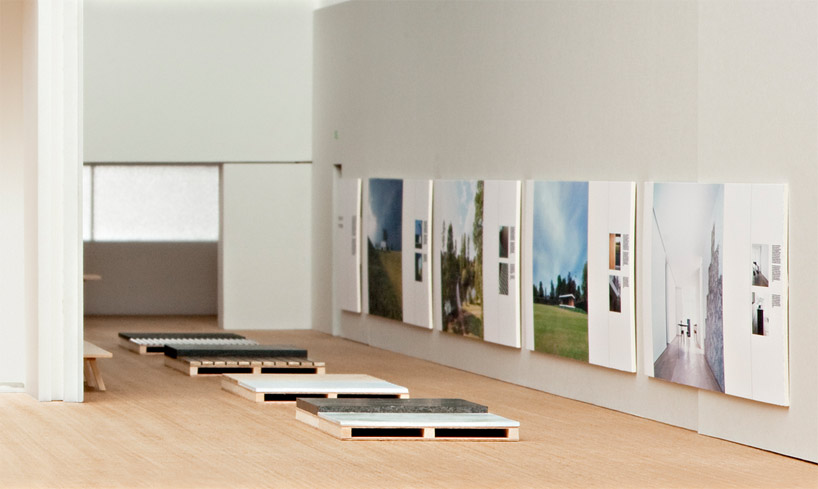 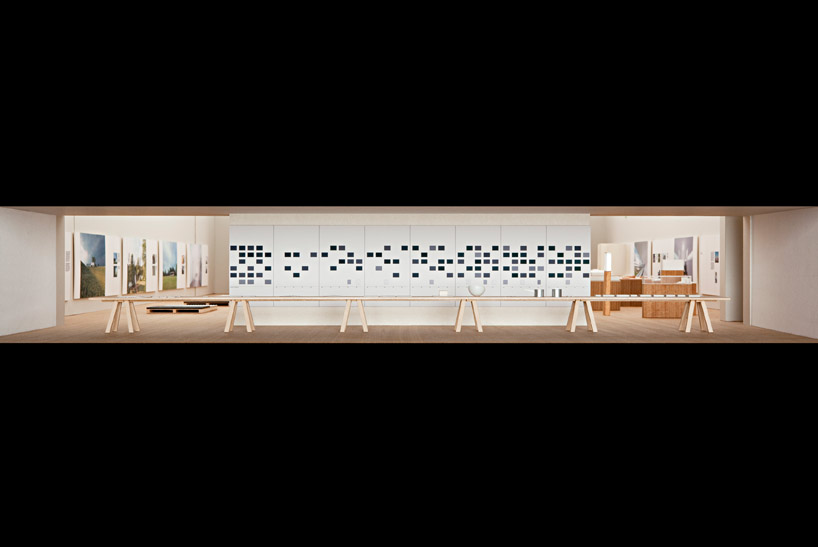 I wanted at least one element of the show to be a direct architectural experience, so i’ve designed a 1:1  installation for the gallery. it’s the first time anyone’s tried to put a building inside the design museum. i’ve also commissioned a  series of huge photographs of finished architecture in its setting – each picture is made up of as many as 72 separate photographs and the finished images have been printed at a dimension of 10 feet by 6 feet. alison morris, a writer who has been working in my office for the last ten years, has written a new book on the work, also called john pawson plain space, which is being published by phaidon to coincide with the exhibition.

the 1:1 installation being constructed a few days earlier photos by gilbert mccarragher 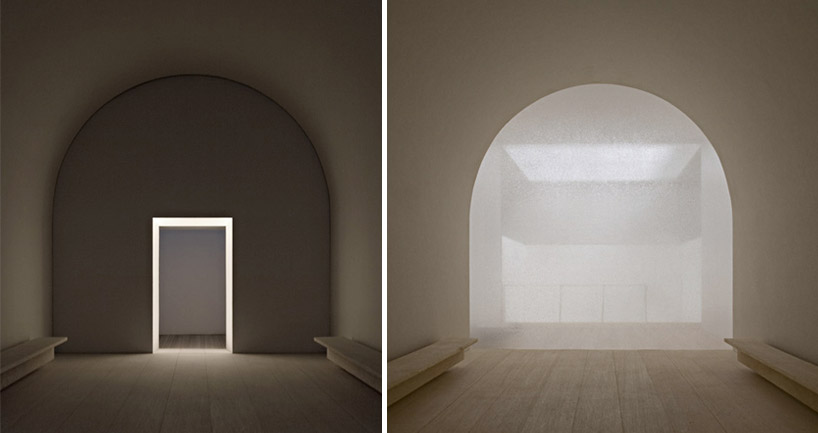 to coincide with the exhibition a website was set up, which follows the story of a douglas fir tree from its selection by john pawson during a visit to the black forest in may of this year, through the various production stages, to its final transformation into a series of furniture pieces designed especially for use within the london exhibition.

the website is regularly updated with behind the scenes information and comments, and offers an insight into the exhibition process and journey, beginning with events leading up to the show’s installation and ending on its final day, 30th january 2011. see the website here.

john pawson was born in 1949 in halifax, yorkshire. after a period in the family textile business he left for japan, spending several years teaching english at the business university of nagoya. towards the end of his time there he moved to tokyo, where he visited the studio of japanese architect and designer shiro kuramata. following his return to england, he enrolled at the architecture association in london, leaving to establish his own practice in 1981.

from the outset his work focused on ways of approaching fundamental problems of space, proportion, light and materials, rather than on developing a set of stylistic mannerisms – themes he also explored in his book minimum, first published by phaidon in 1996, which examines the notion of simplicity in art, architecture and design across a variety of historical and cultural contexts. his many residential and commercial interiors have included homes for the writer bruce chatwin and the opera director pierre audi as well as art galleries and stores in london, dublin new york, paris, seoul and tokyo. subsequent projects have spanned a wide range of scales and building typologies, from stage sets and exhibitions to boats and airport lounges, and include such diverse projects as the new cistercian monastery of our lady of novy dvur in bohemia and the sackler crossing, a bridge over the lake at kew’s royal botanic gardens.

coinciding with the opening of a major exhibition at the design museum in london, phaidon press publishes a new title, john pawson plain space by alison morris, who has been part of the pawson office for the past decade.