korean firm joho architecture has recently completed the ‘yongin M curved house’ which draws its formal diagram from the immediate mountainouscontext. architect jeong hoon lee envisioned the house as a translator between the hosting ridge and the client’s personality, which led to the characteristic bi-axial curve. in order to comply with the client’s need for ample parking space, the two-story brick house rests elevated off the ground plane on a concrete tray supported by three thin footings and a central circulation core. the first level contains the social functions, living and dining rooms and kitchen, and the bedrooms on the upper floor. the facade used a total of 15,000 black bricks, staggered into one flush row followed by another marked by uniform angled protrusions, which give the surface of the house a rather distinct look akin to that of the scales of a carp. the texture also reflects light of different qualities and from different angles throughout the day, effectively changing the appearance of the exterior skin. the other effectexacted on the envelope is the inset section on the first floor that creates a consequential exterior balcony, and is clad in mirror-type STS panelsthat reflect the sky and landscape around it. 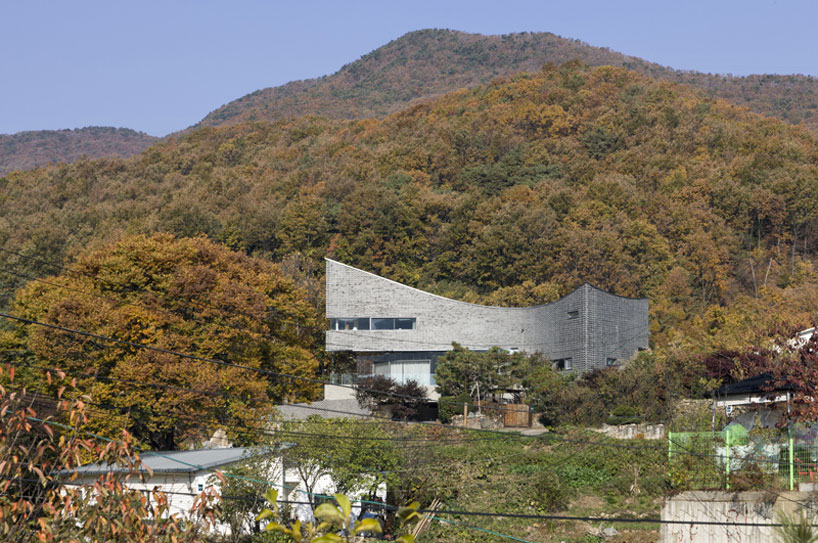 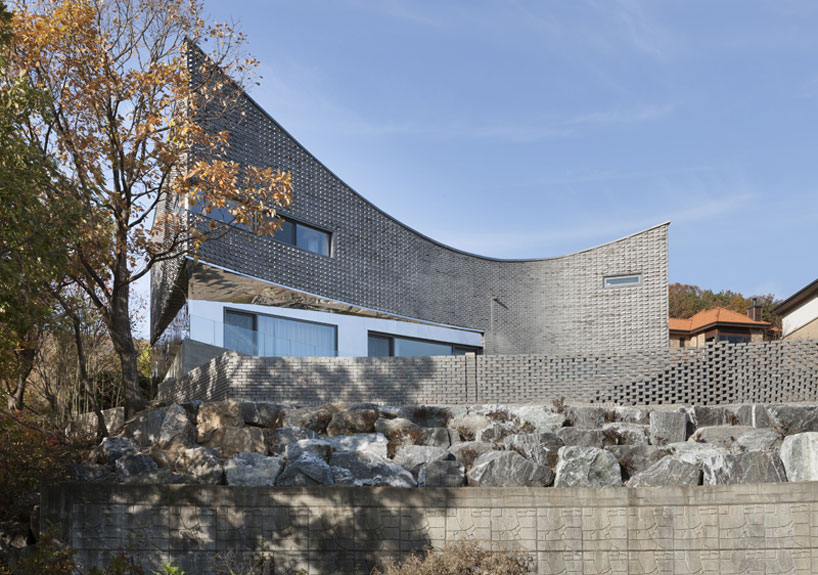 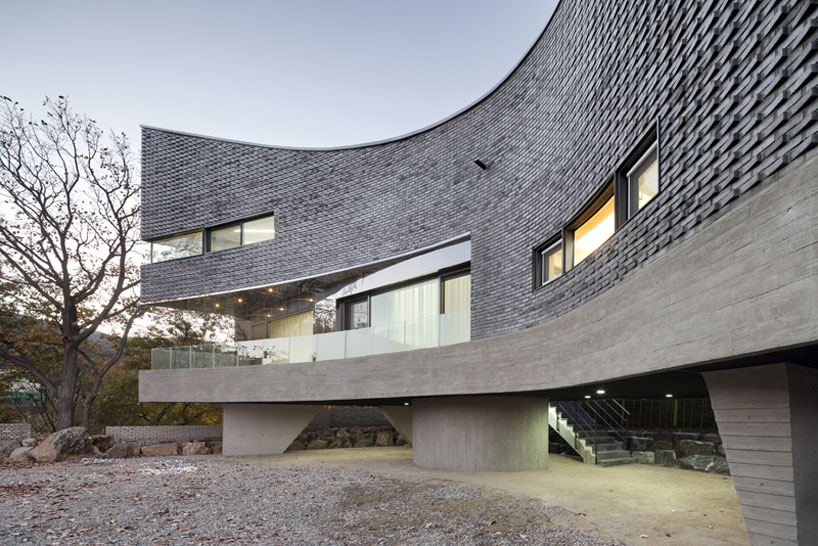 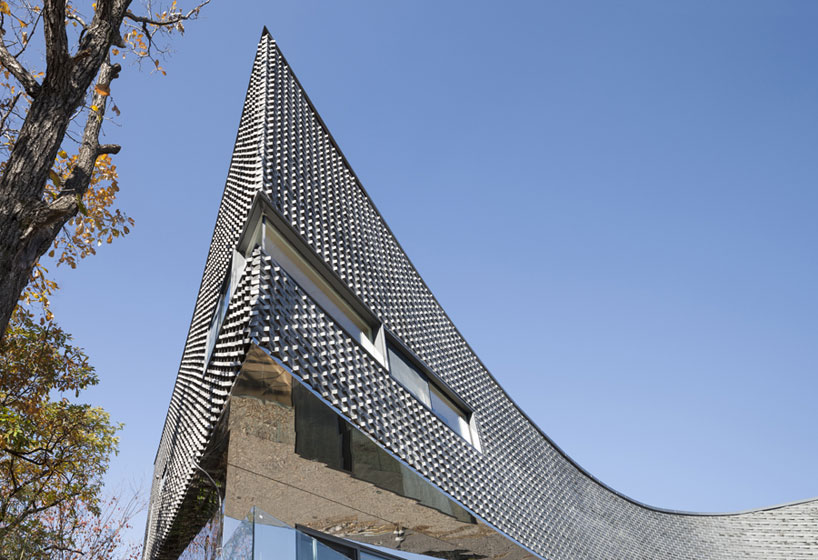 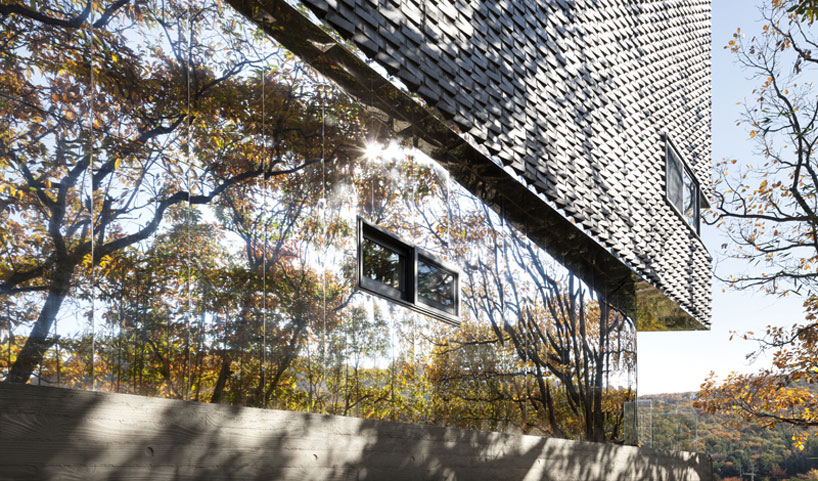 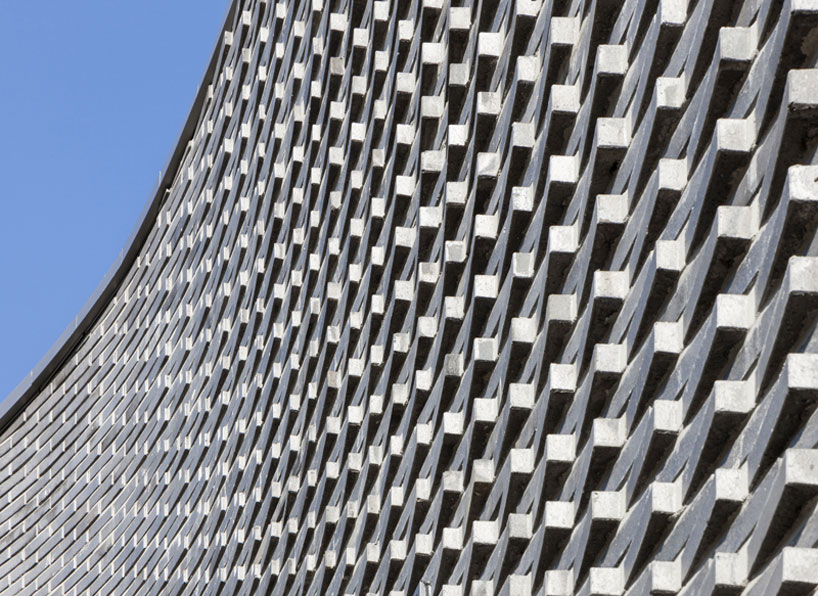 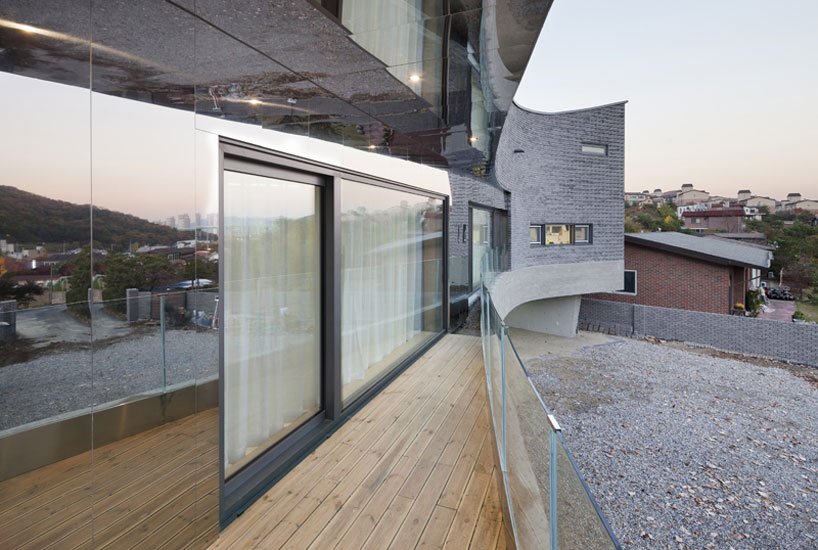 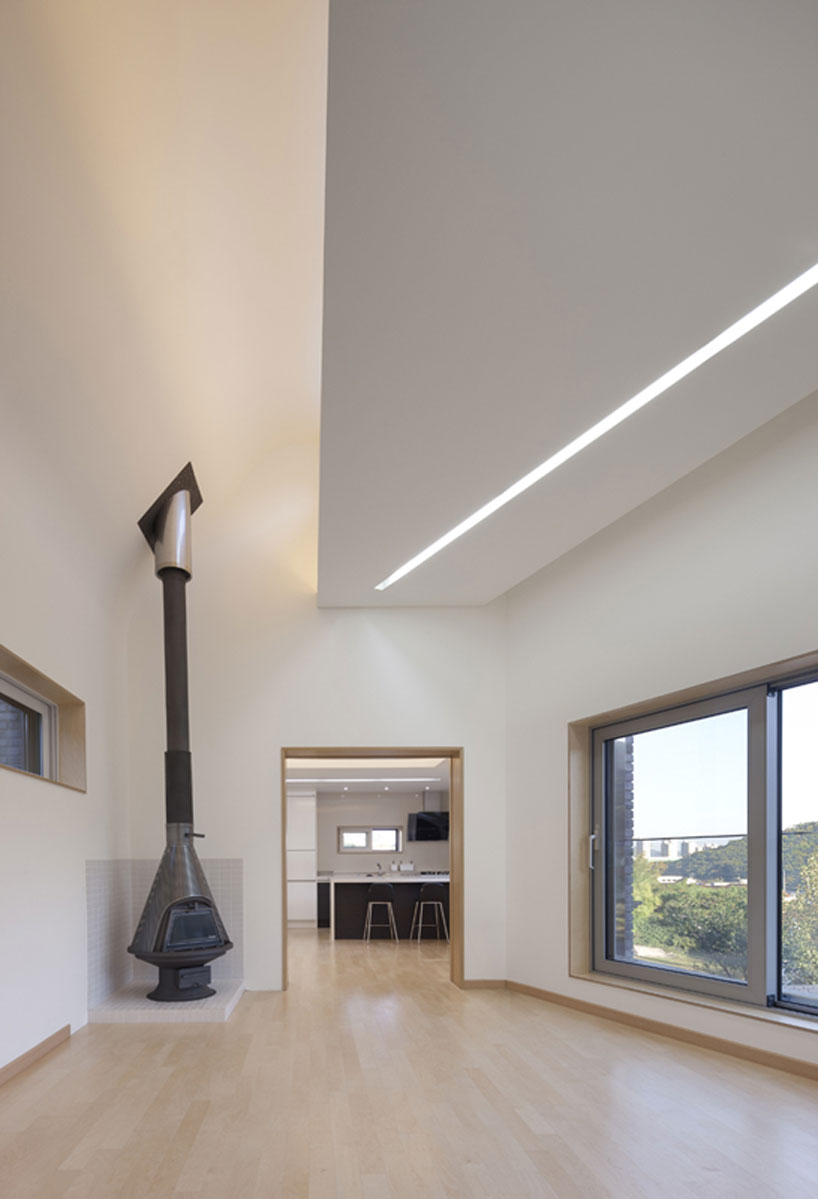 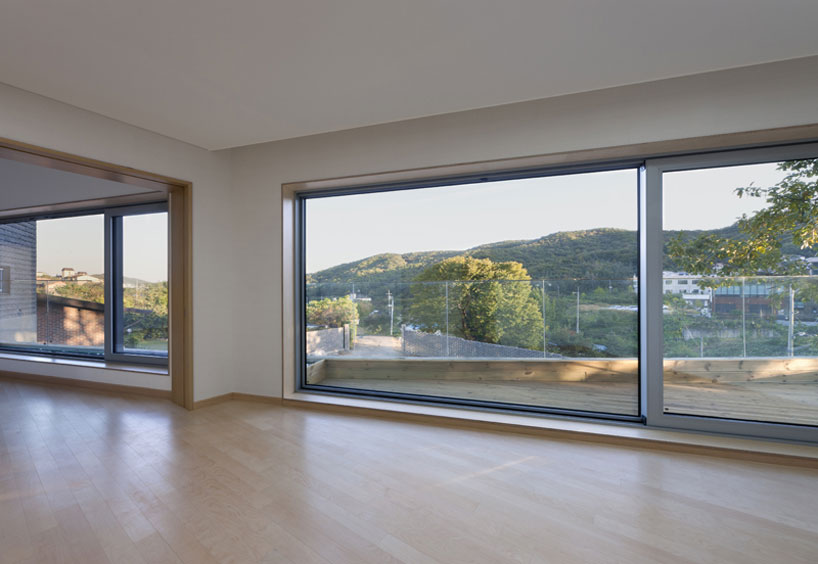 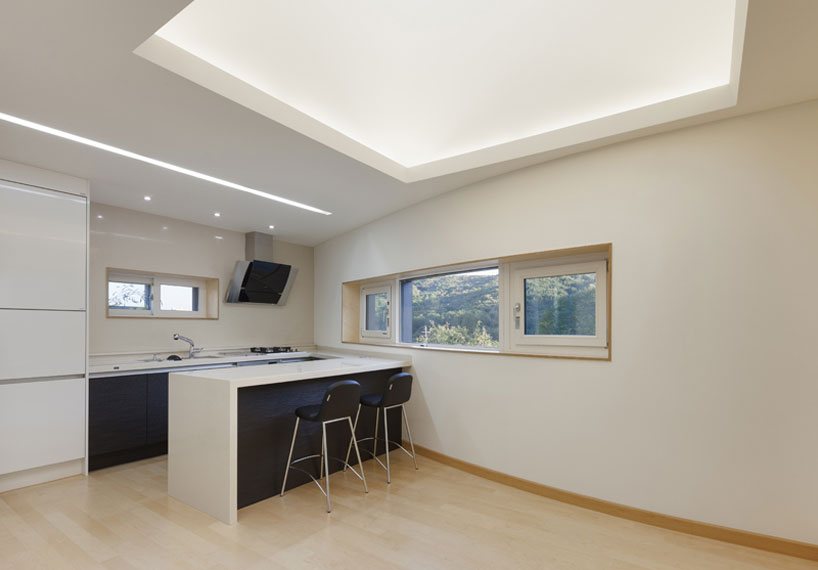 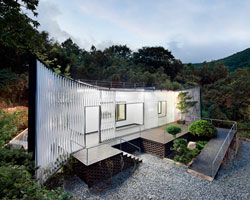