seoul-based practice joongwon architects has completed a translucent cabin in lake tahoe, in the united states. dubbed lightus retreat, the structure has been situated in a heavily wooded area with a design that embraces its surroundings and instead of applying traditional approaches of clear-cutting the site, it favors on designing around the trees. 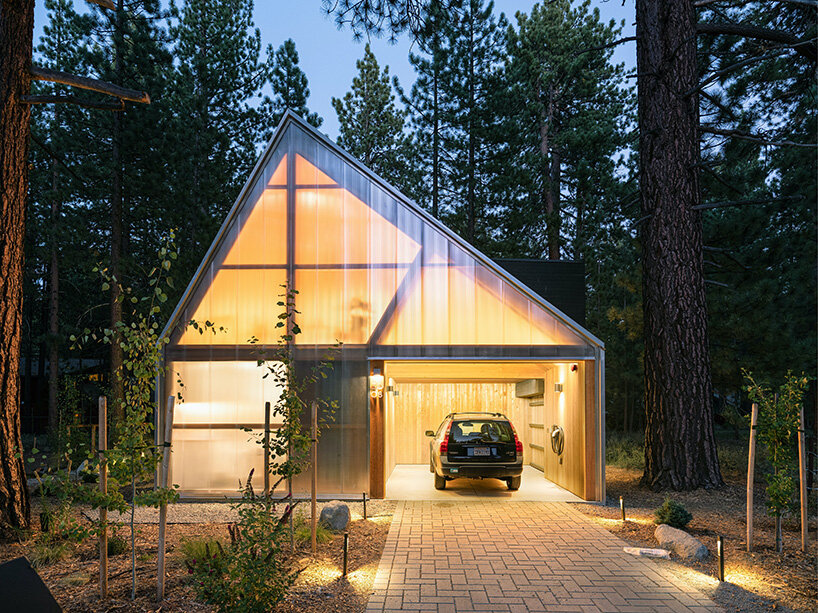 joongwon architects’ lightus retreat takes its shape through the demarcation of the building’s footprint around the existing trees. following this guidelines, the design has resulted in a compact structure organized around the roof structure instead of the plan. while volumetrically open, the linear experience of space unfolds to allow the vacationer to discover the cabin through a succession of compression-openness / dark-light / smooth-textured. this particular experience intends to portray the idea that travel is not just about arriving at another destination, but rather, is a journey of the senses. 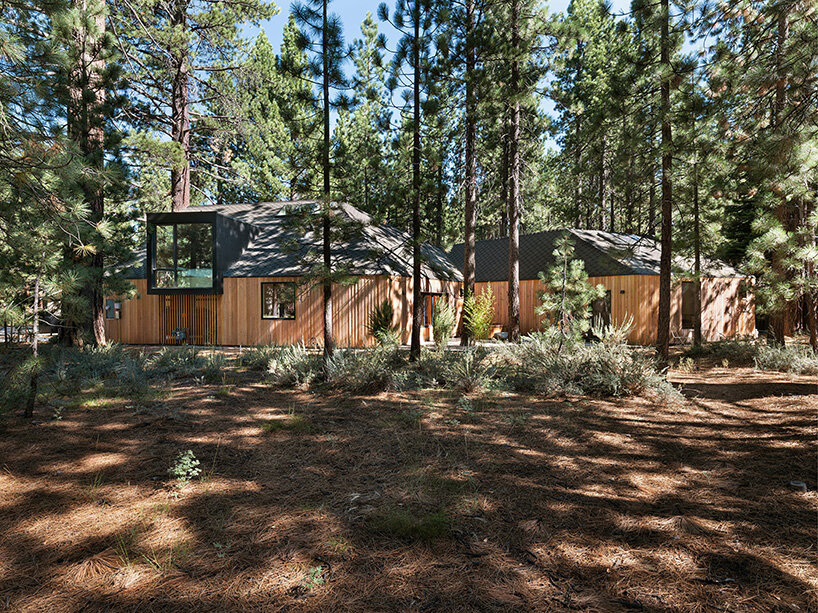 the cabin’s exterior juxtaposes a natural siberian larch with a synthetic polycarbonate, giving it its translucent nature. in the end, this suggests this project is only a sliver of a conceptually continue form, acknowledging the presence of ideas are much larger than the cabin itself, the architects said. overall, the environment shapes the cabin while the cabin shapes the light that comes inside. 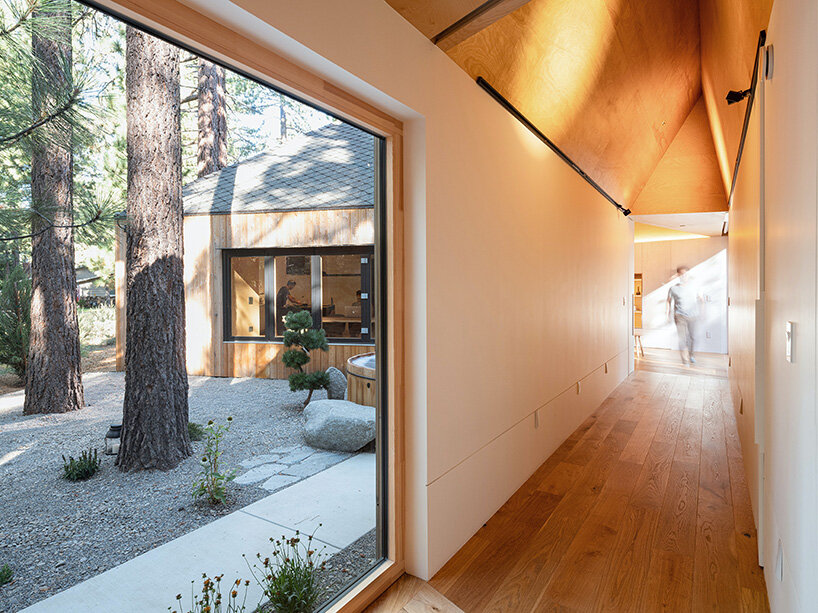 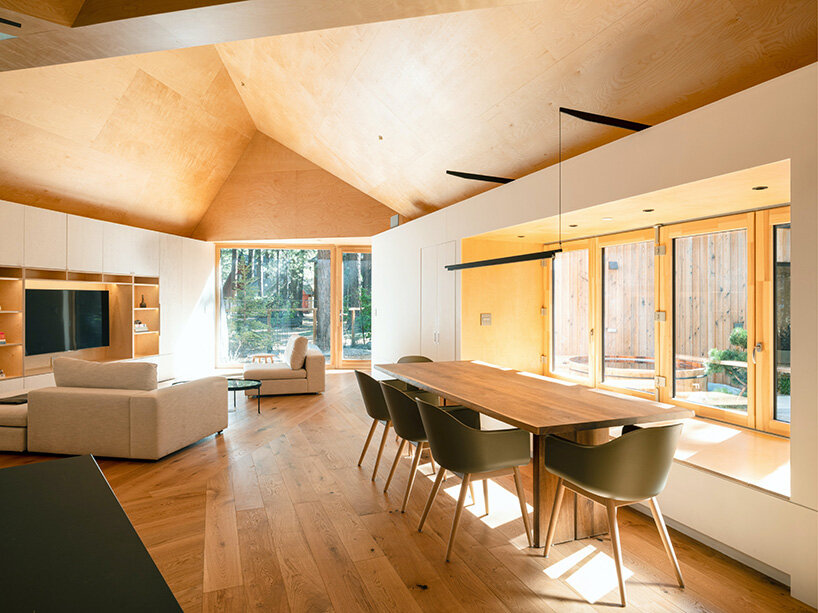 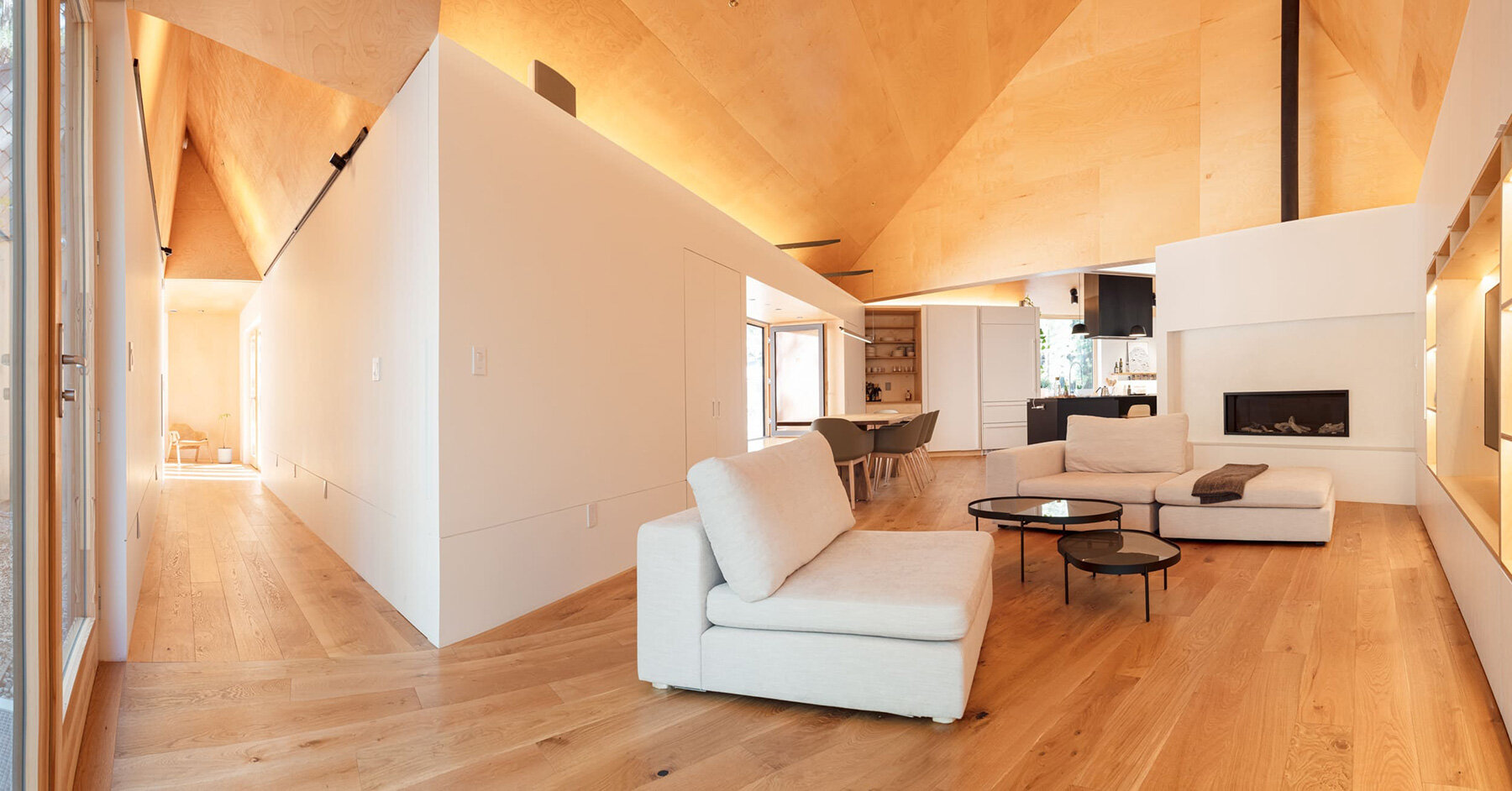 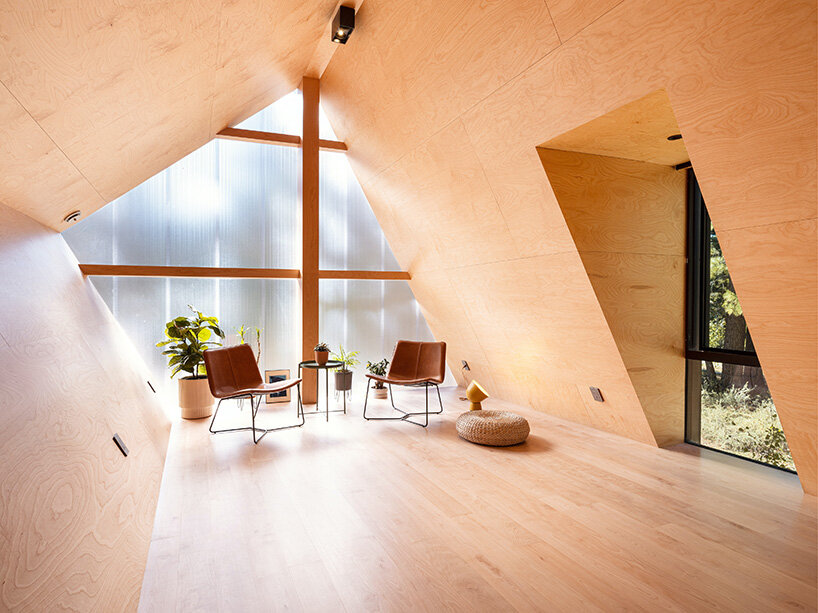 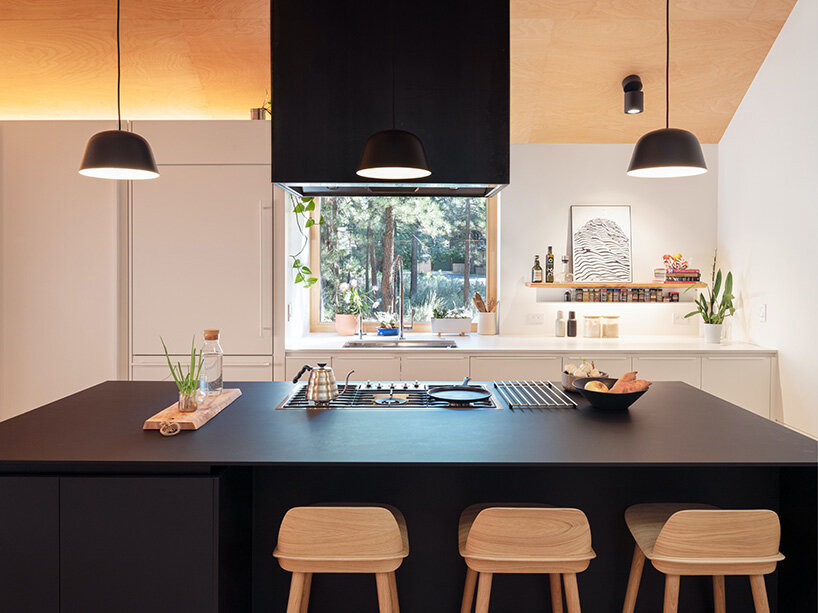 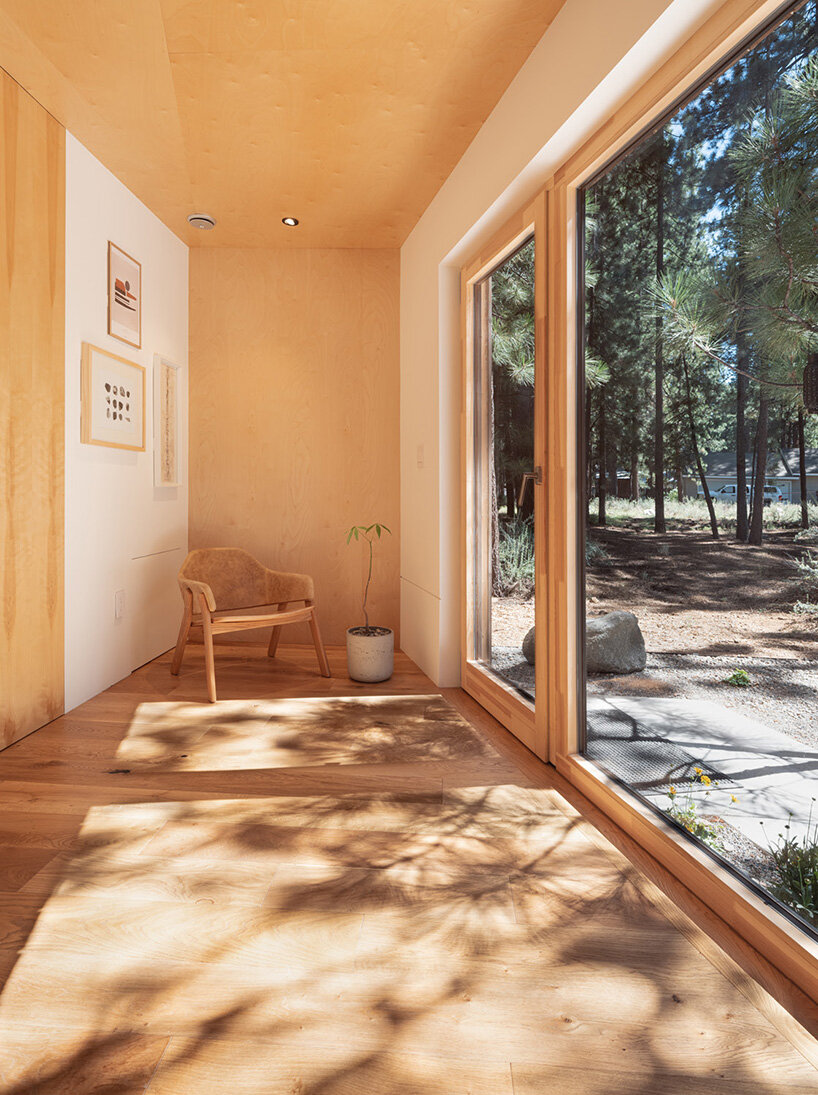 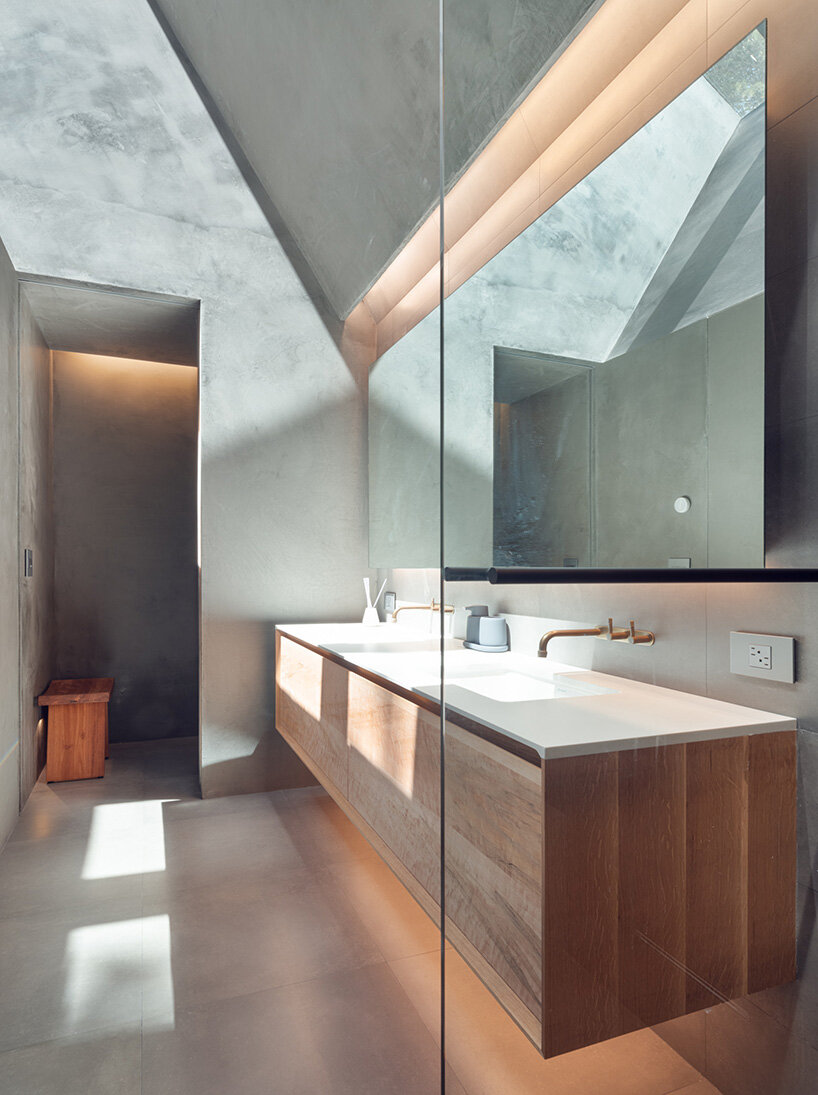 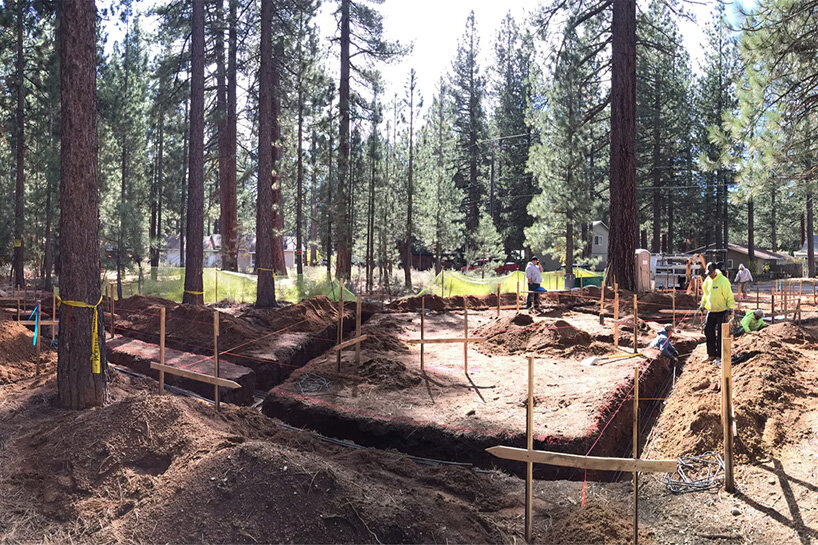 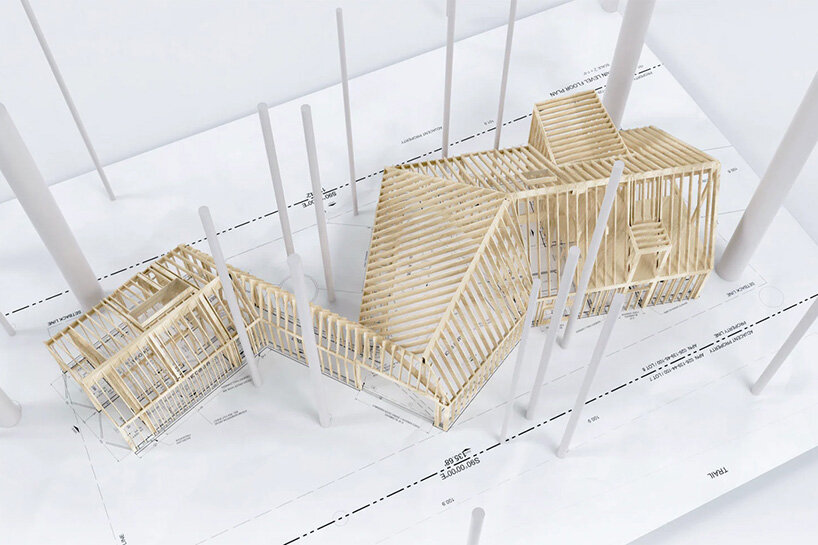 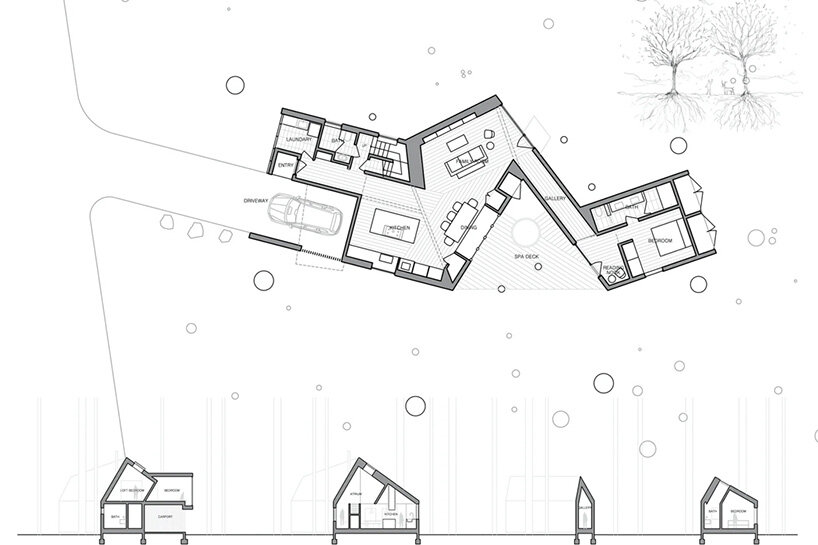