juan pablo guerra of memoria de arquitectura presents a personal work of fictional architecture entitled ‘de la tierra al cielo’ which translates to ‘from the ground to the sky.’ the a envisioned space is an investigation of the horizontal and vertical connection between the ground and the sky. while dramatic in its scale and expression, the work is at the same time quiet and still. a composition of still waters, ambient light, and gently curving, monolithic volumes, the project exists without a program but as merely a space to be occupied. 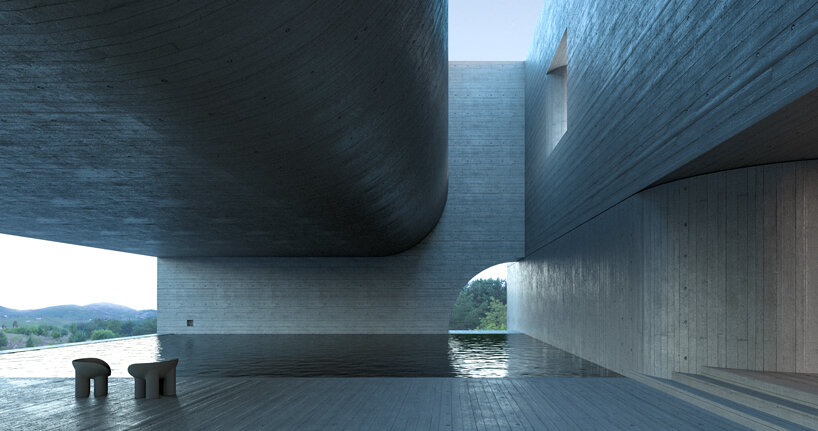 memoria de arquitectura‘s juan pablo guerra melo curates his ‘de la tierra al cielo’ as a criticism of typical functional architecture. while most architectural projects currently focus on solving a fixed program, this one ‘makes use of the useless,’ seeking to solve the spaces that no client ask for — the spaces without function. with no prescribed program, the space’s only function is to do nothing, designed just to exist. the architect imagines the project as immersive, to be touched and to related to, to be remembered and to offer a place of introspection. a blank slate, the work expresses the designer’s belief that ‘in nothingness is where we as humans discover the most.’ 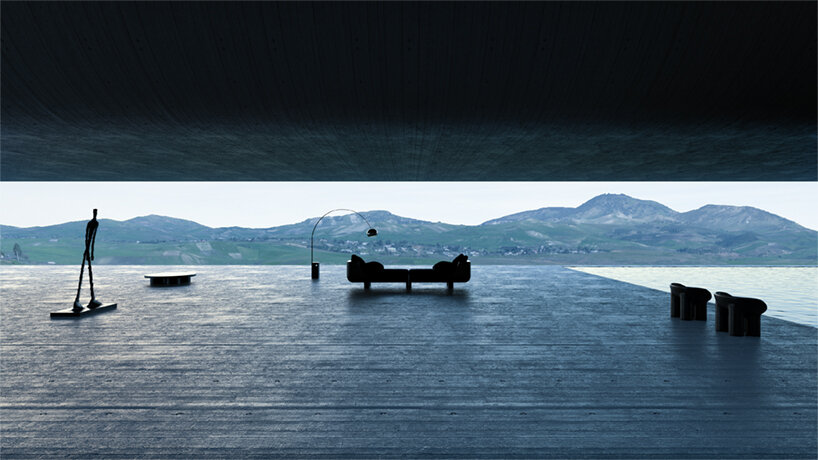 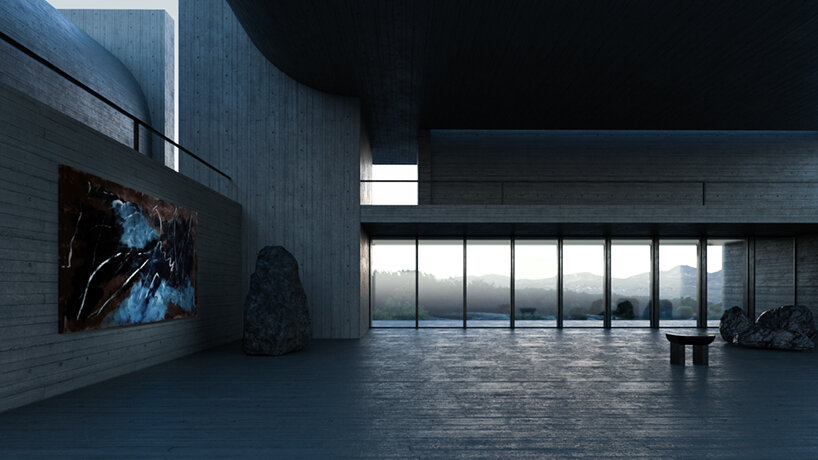 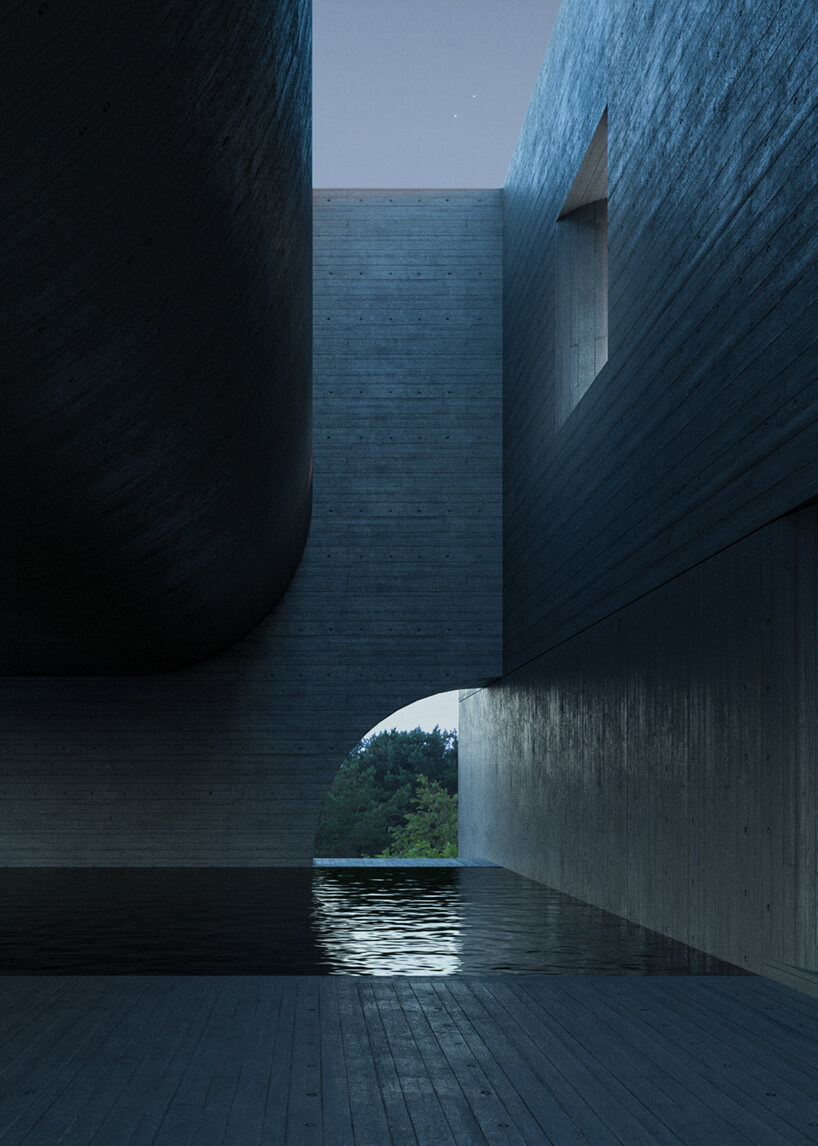 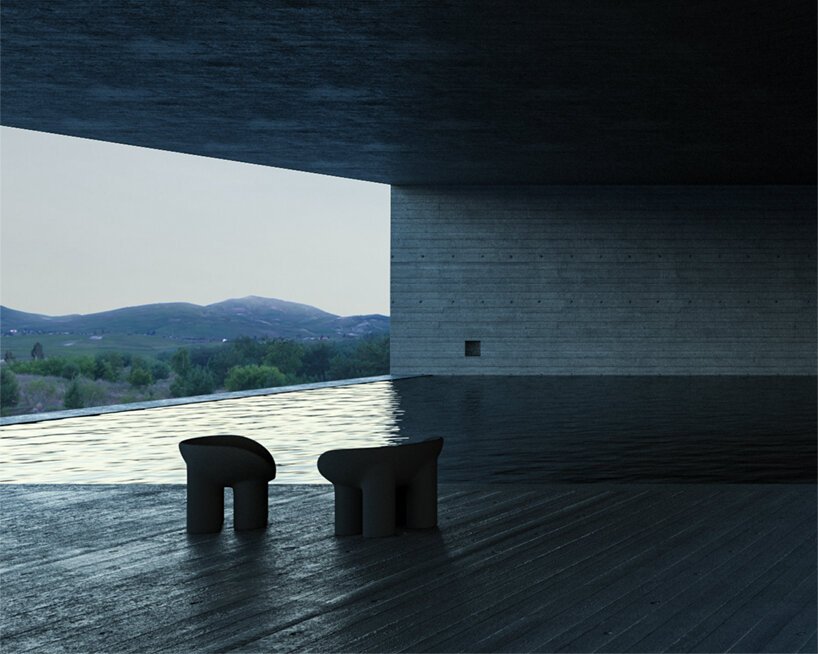 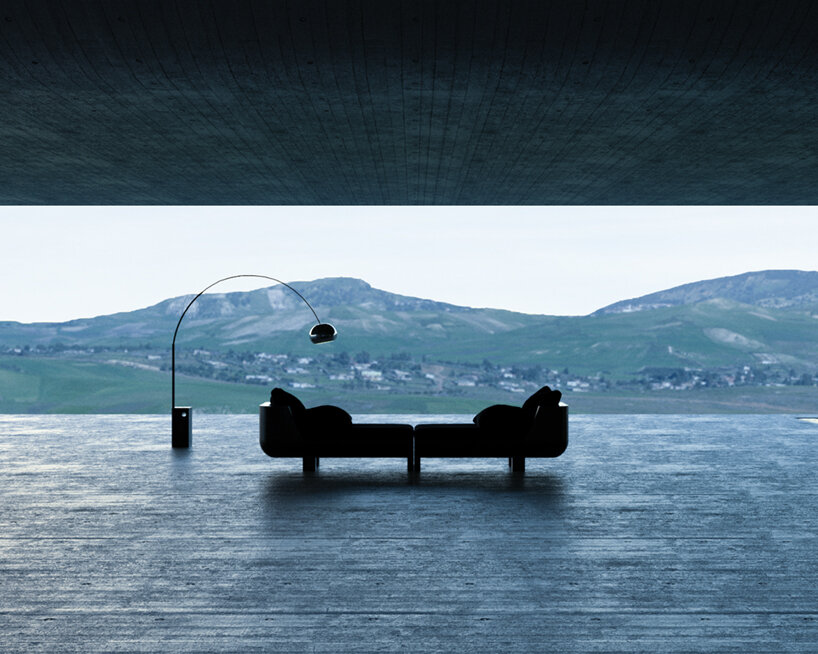 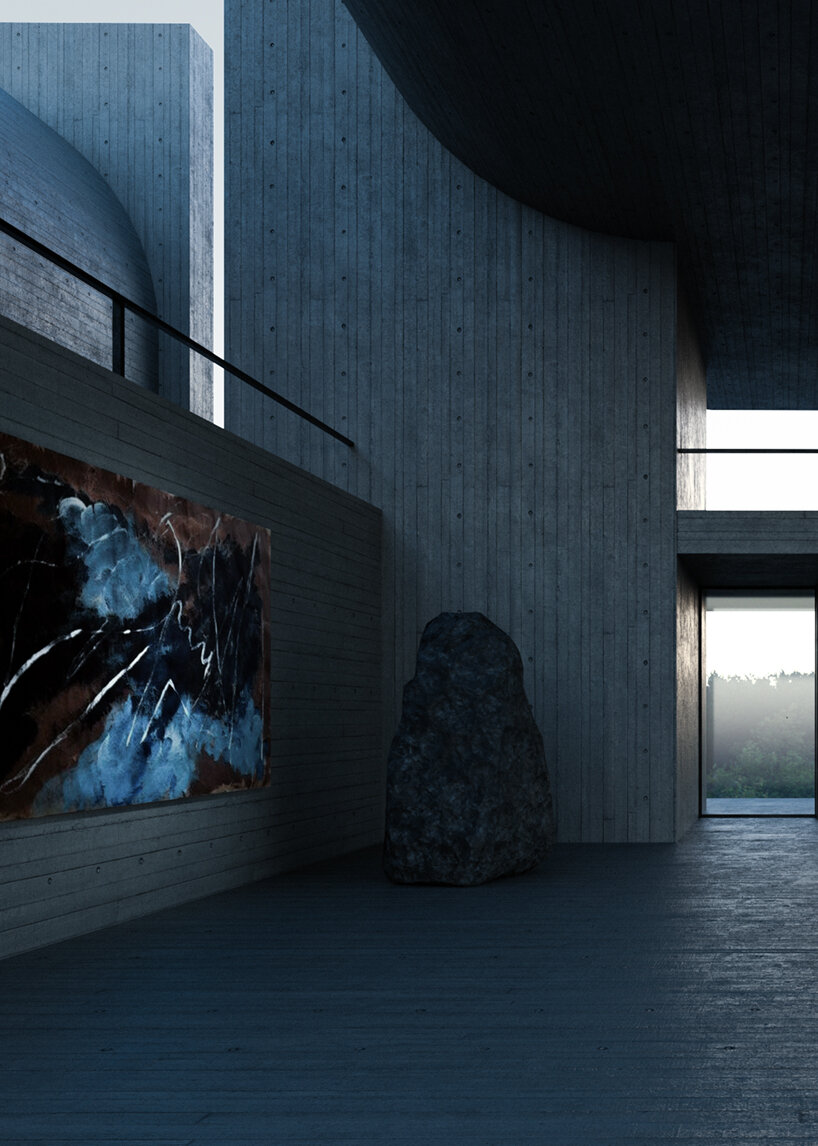 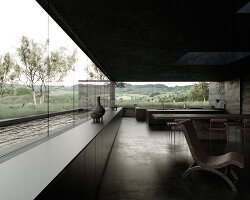