wien-based practice judith benzer architektur have completed the ‘summer house in southern burgenland’, a retreat residence in the countryside of oberbergen, austria. surfaced with untreated larch planks, the external faces of this dwelling may be closed during winter months becoming an unobtrusive silhouette in the landscape. typical of the region, the volume’s exterior appearance is derived from the ‘kellerstöckel’ or ‘wine house’. the two-level structure with rooms for residential use are enclosed with a strictly wooden framework while the sub-grade cellar for wine production and storage is formed with ferroconcrete massive construction.

flush within the facade, large shutters may be folded open into a line of canopies to prevent overheating. sharp lines are produced at the edges of the home with copper corner plates. the outline of the outdoor terrace mimics the building form, acting as a shadow along the ground plane. 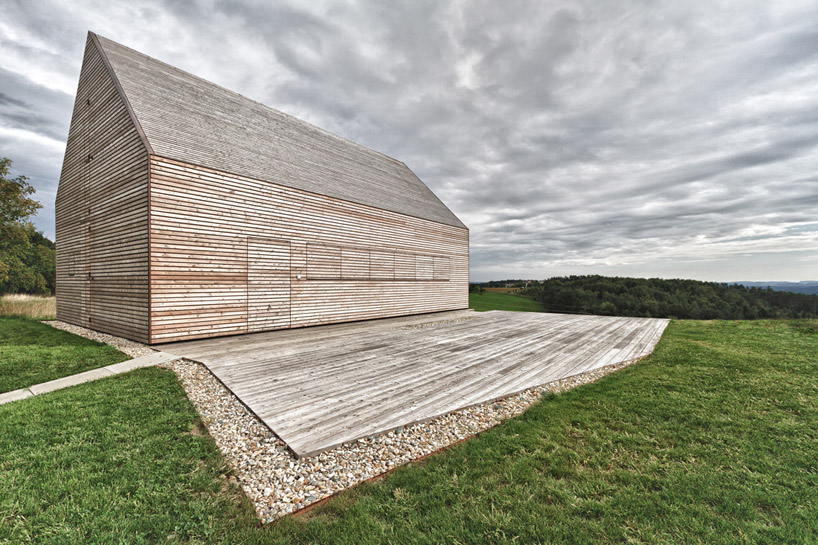 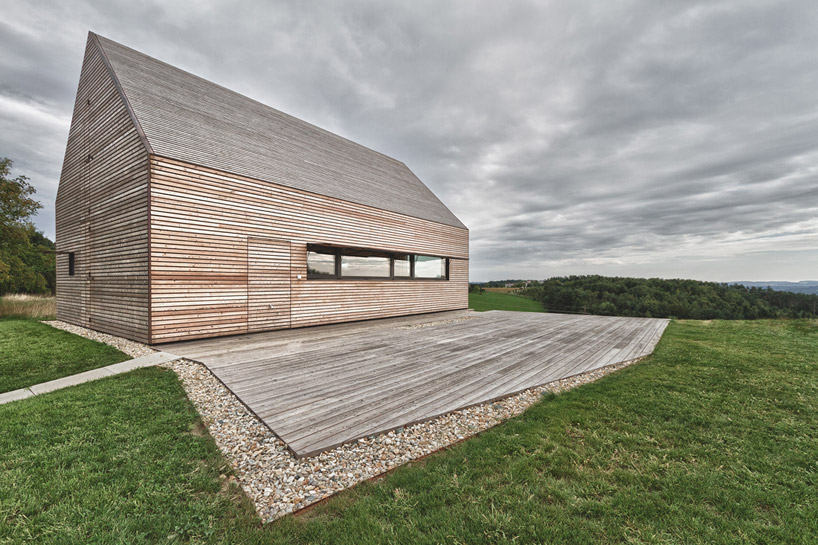 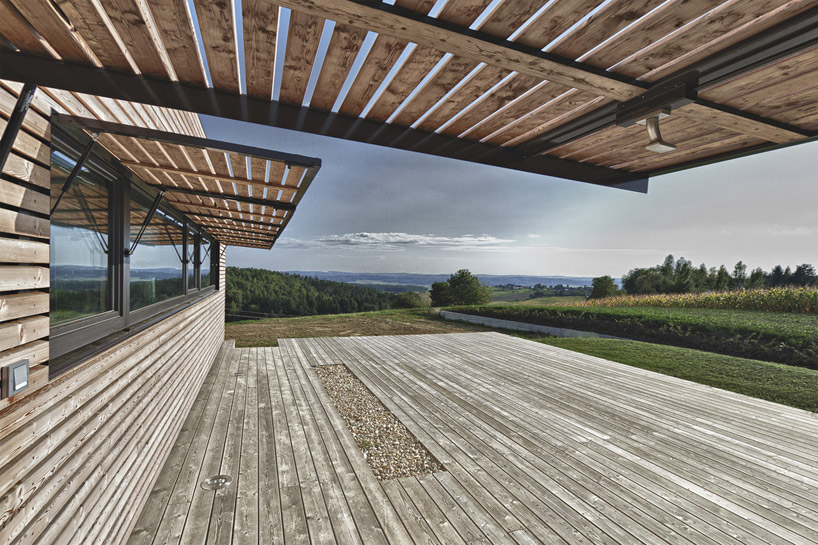 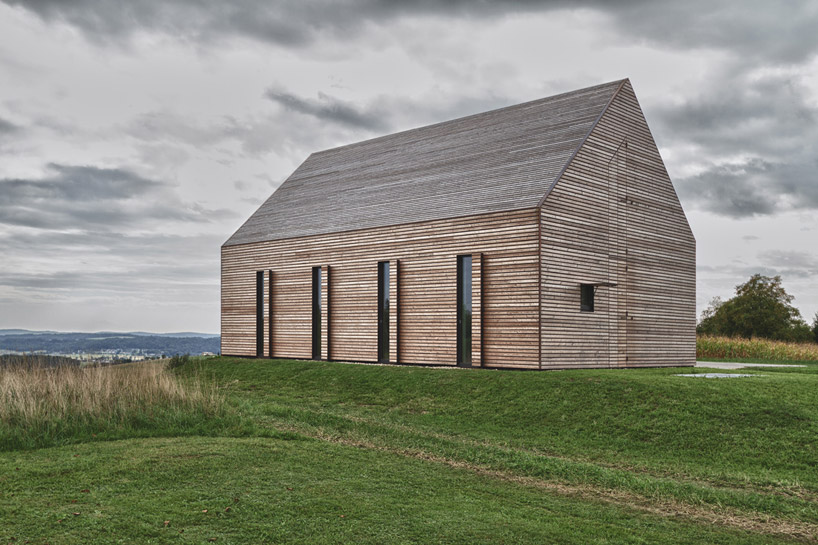 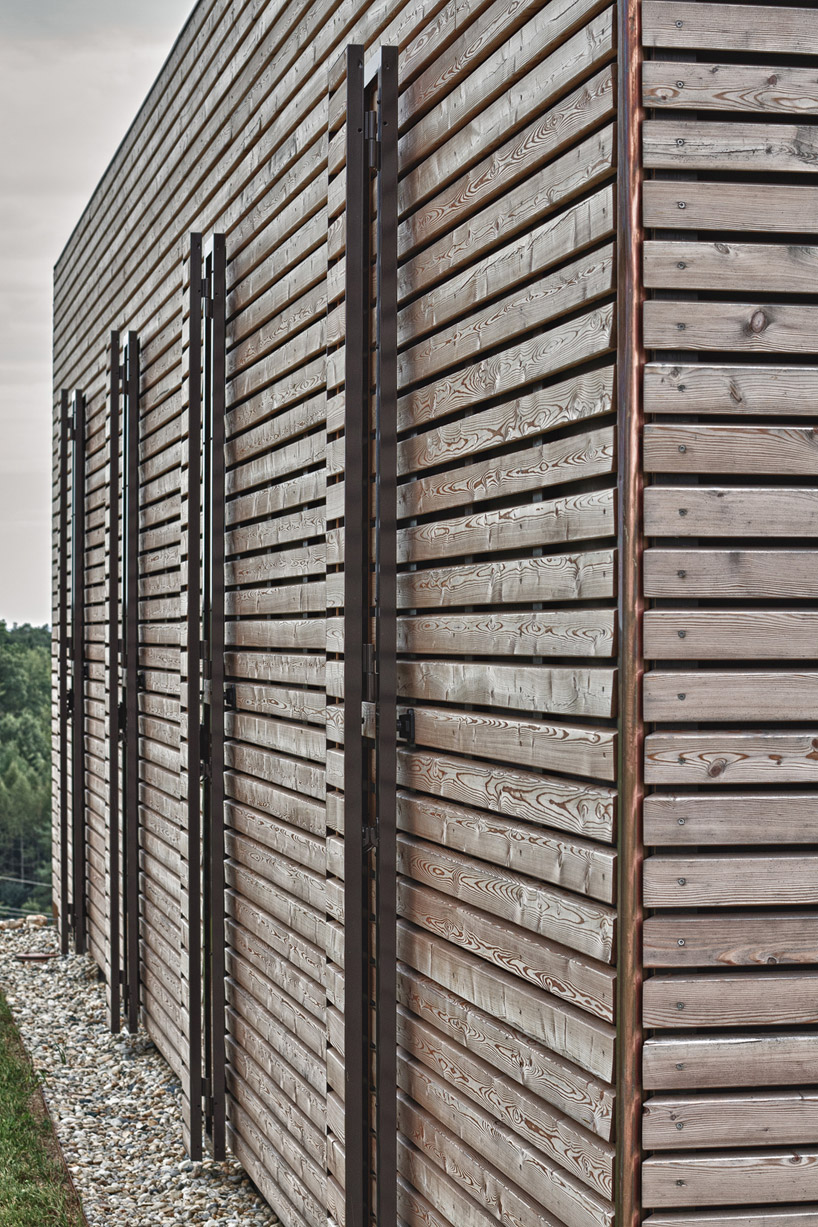 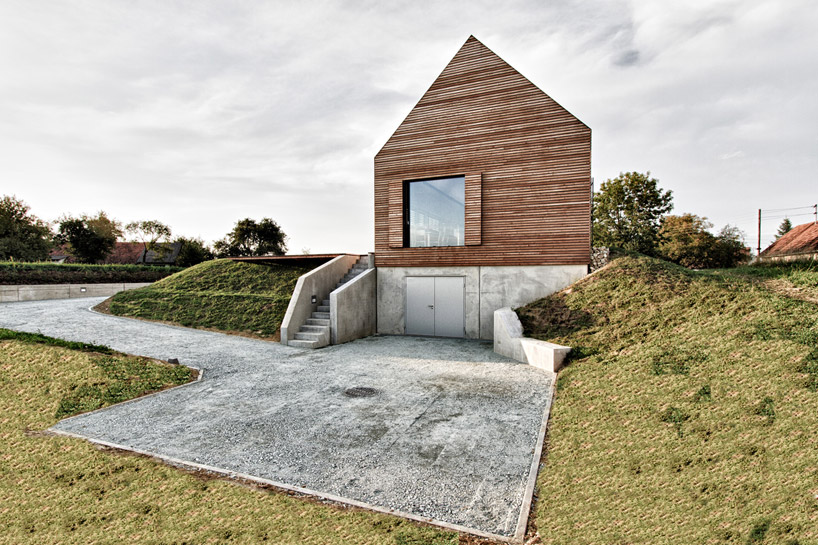 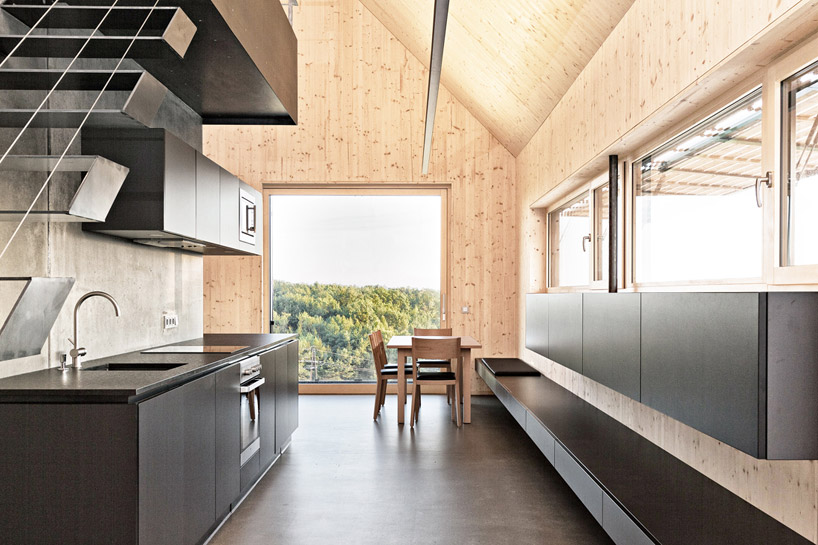 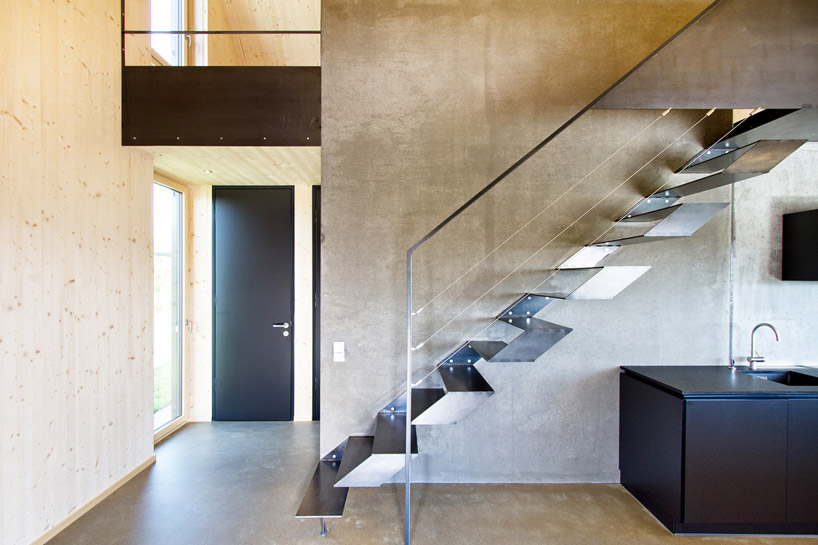 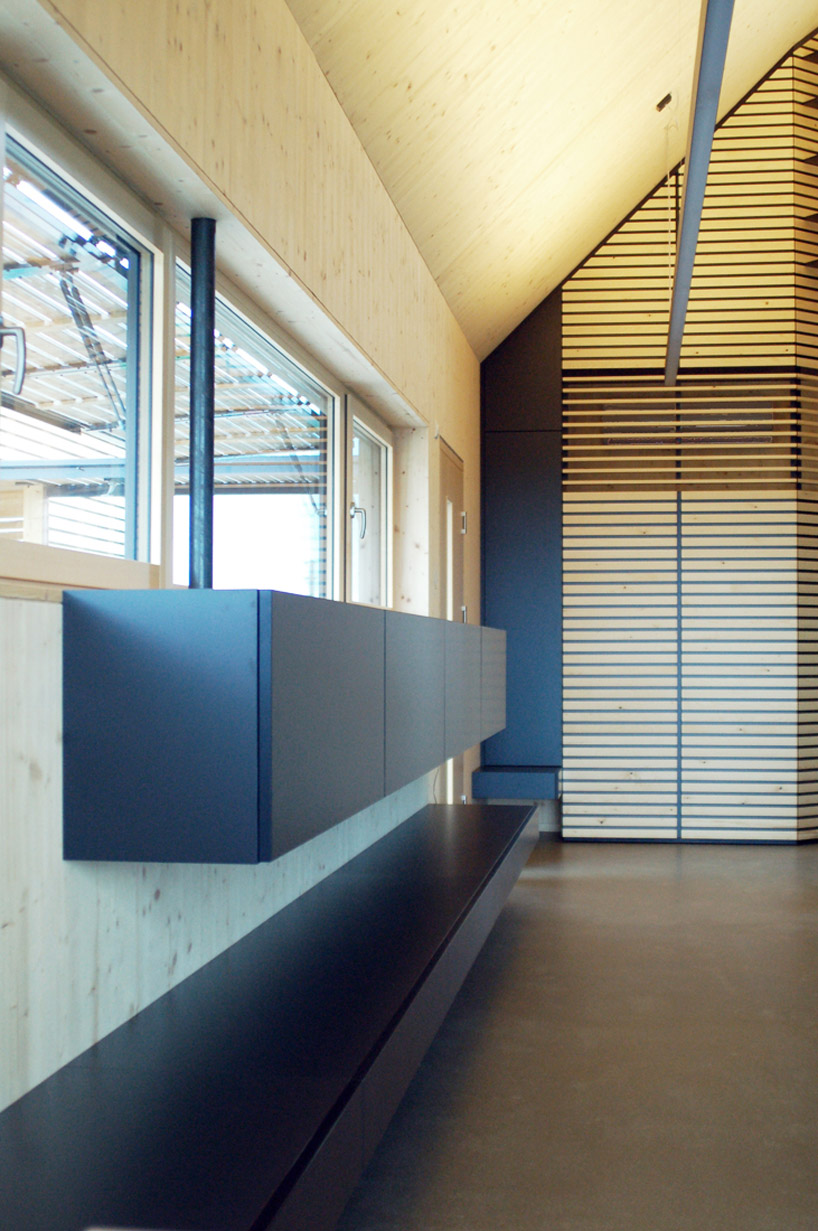 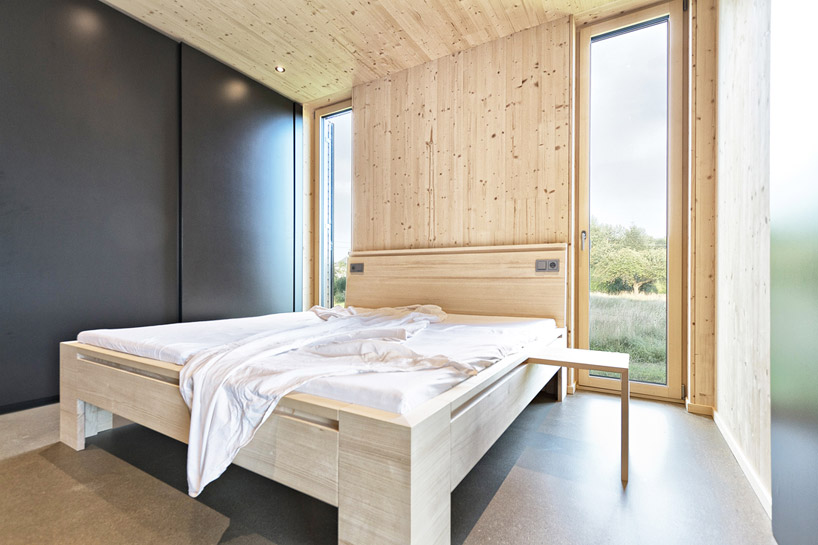 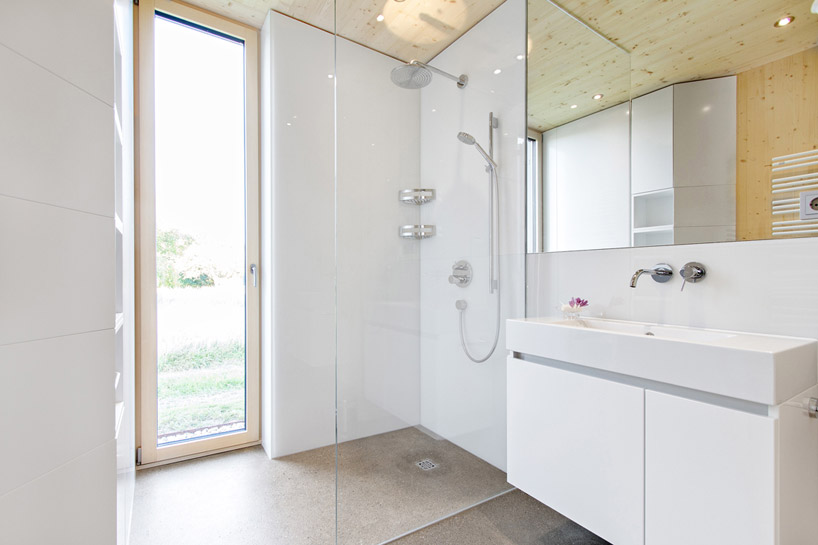 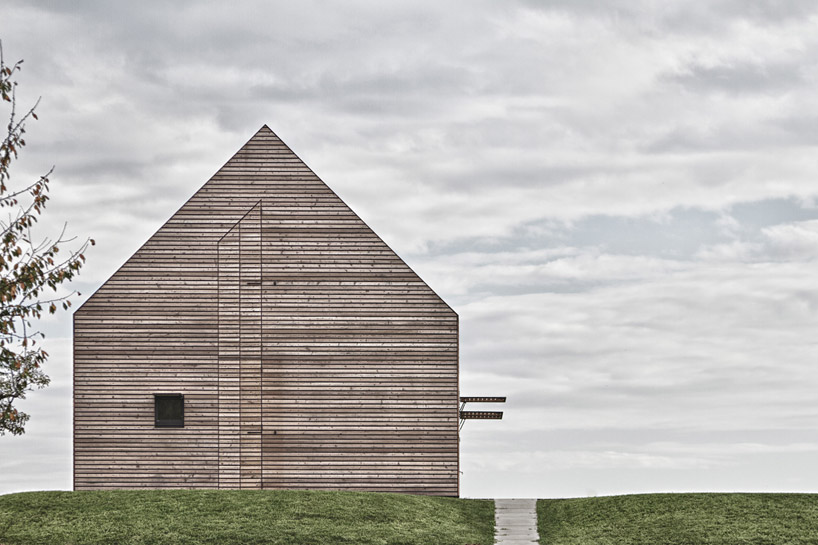 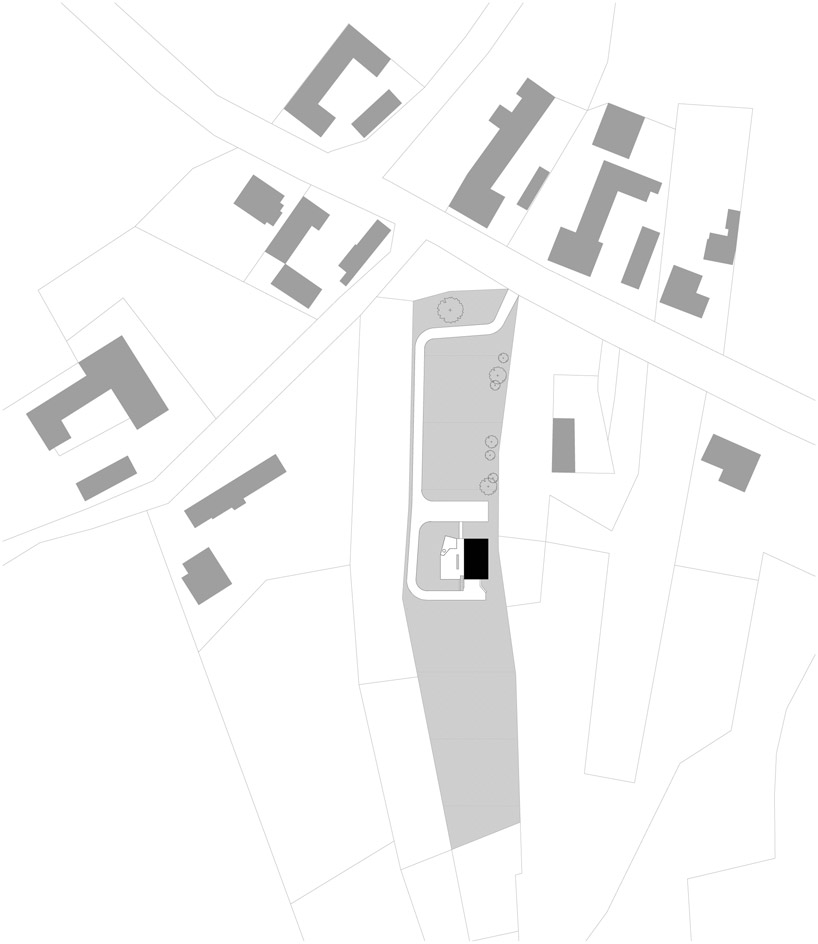 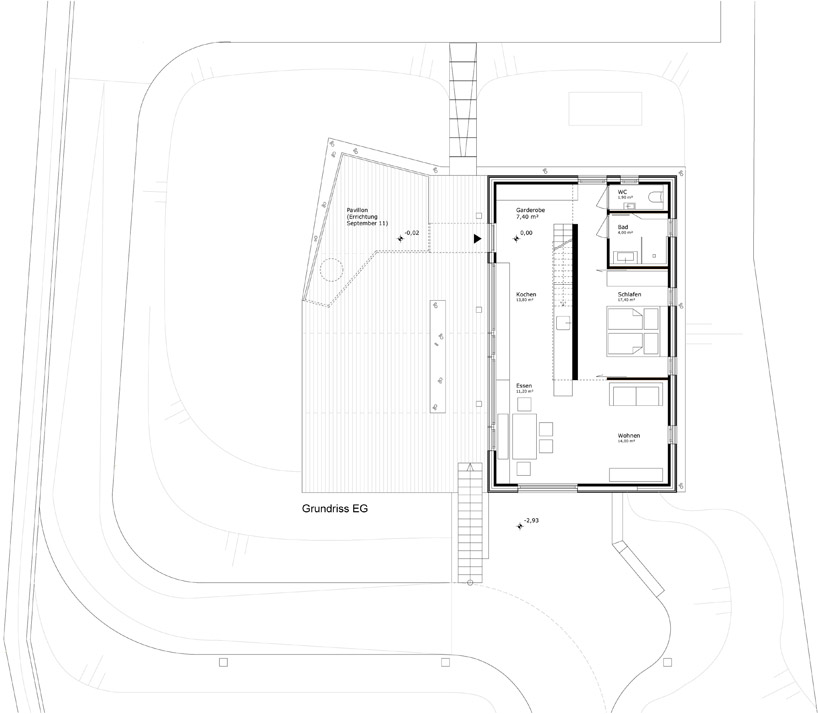 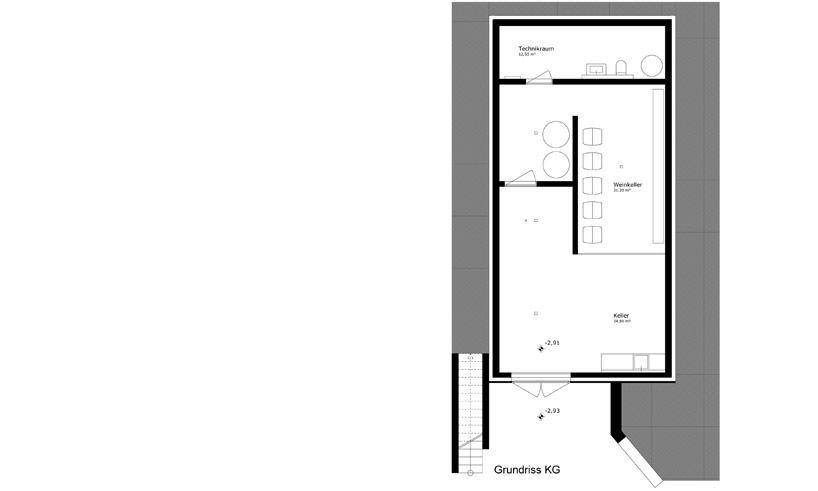 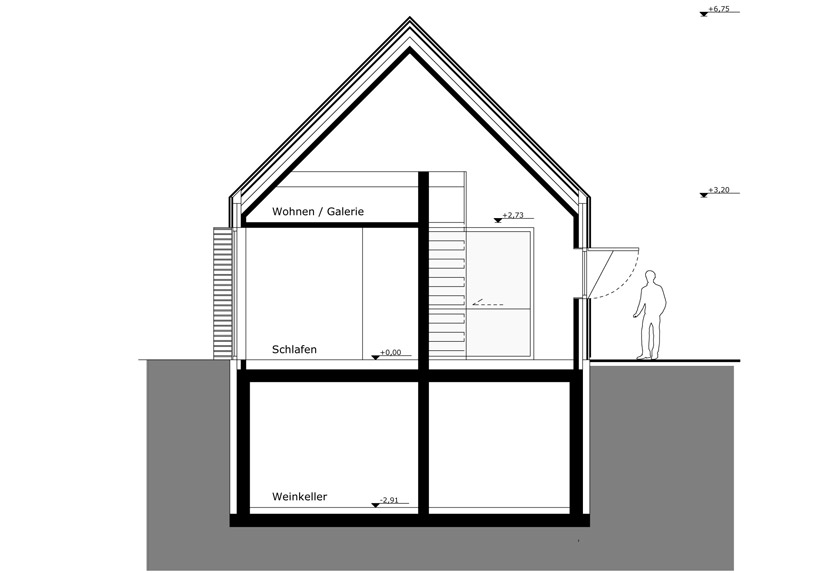 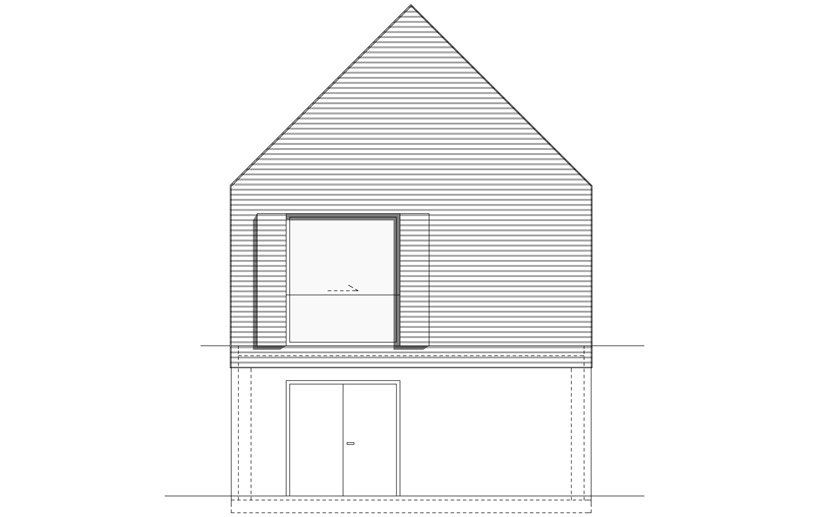 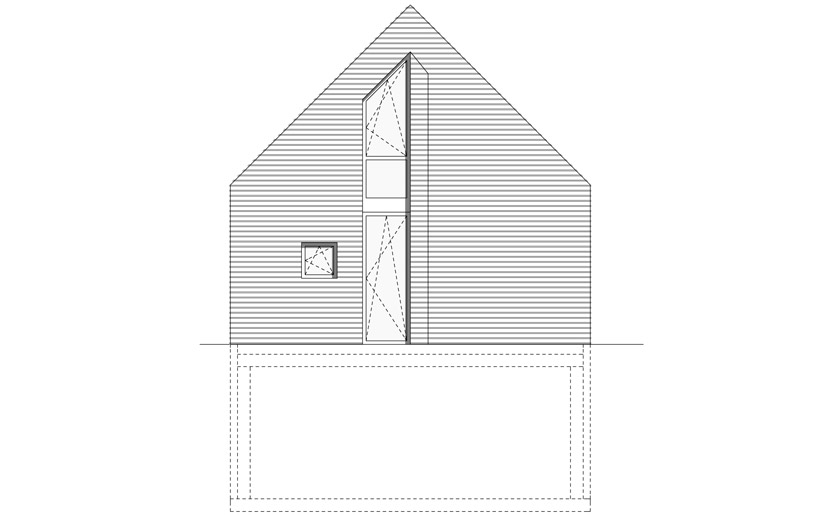 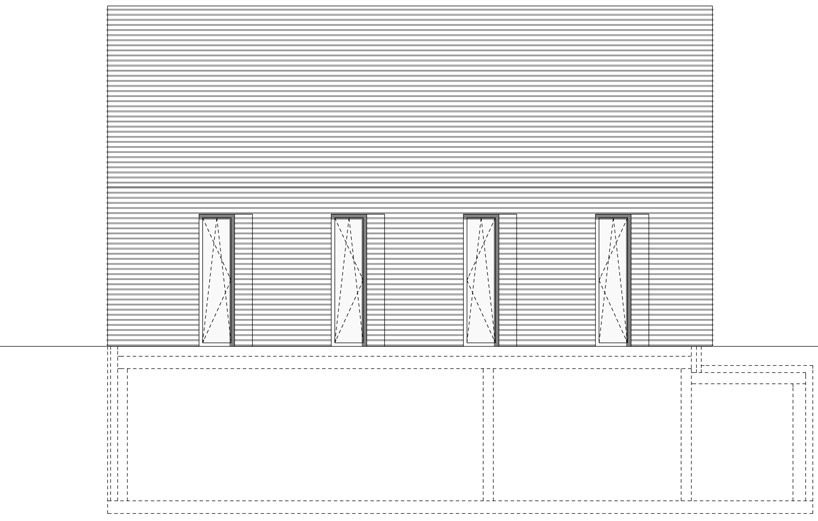 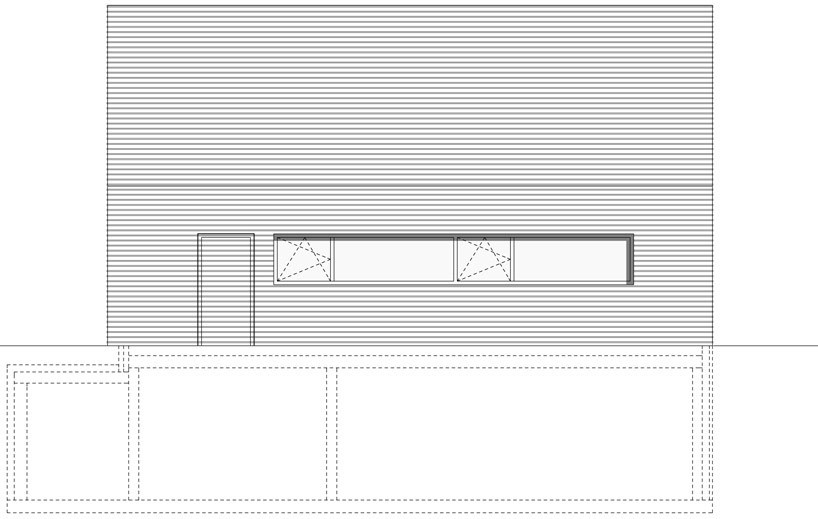