taking their latest co-working campus to madrid, tech-giant google has occupied a former electrical battery factory to accommodate 7,000 members in the río area of the spanish capital. to design the shared workspace, london-based architecture and interiors practice jump studios were tasked with facilitating the five-storey building with a dynamic space for entrepreneurs to learn, share ideas and launch start-ups. having worked on the google campus in london in 2012, the designers carefully restored the existing structure which dates back to 1892 into a stimulating setting to reflect google’s forward-thinking ethos. 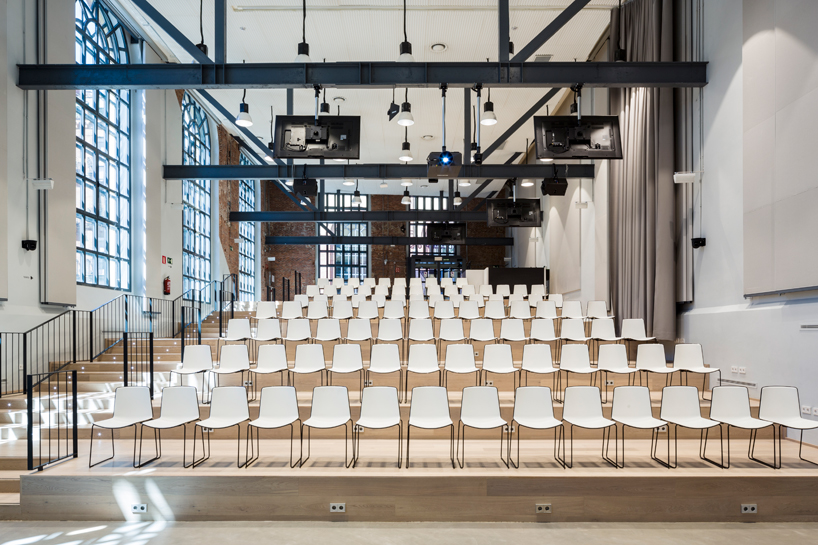 all images by gareth gardner

a majority of the building retains the existing structural fabric, shown by the exposed, brick walls. ‘our design delivers a juxtaposition between the old and the new, where history merges with a contemporary style presenting a unique environment for google’s members.’ explains senior associate michelle nicholls.  a high-tech, triple-height, 200-person capacity auditorium is located on the north side where the steel ceiling beams, allowing for future expansion. conversely, a large curtain can be drawn across the auditorium room to create a smaller area for more intimate presentations. 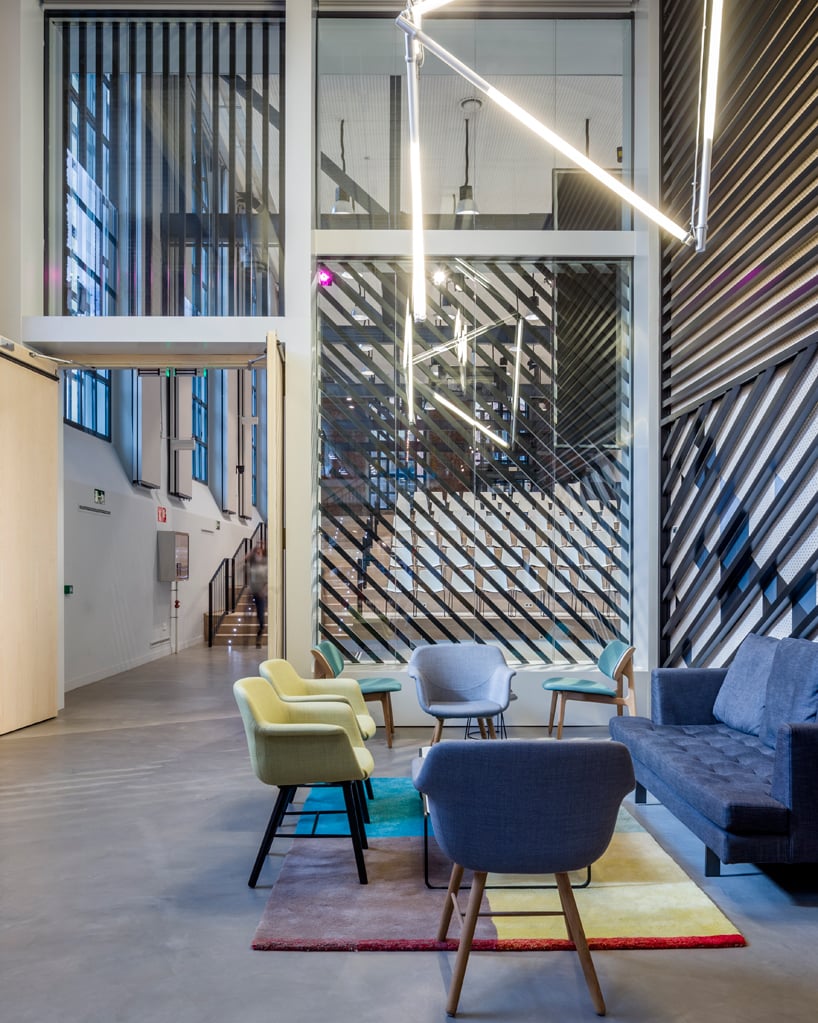 a new entrance has been opened on the south side of the building. this has established an access point to a public plaza and the main road above it via an adjacent staircase, while the added entry point increases circulation and invites natural light inside. a new cafeteria area includes relaxed lounge seating and private booths which are spread over the ground and first floors. pops of color accompanied by natural materials include timber to help create a fresh and enjoyable environment. 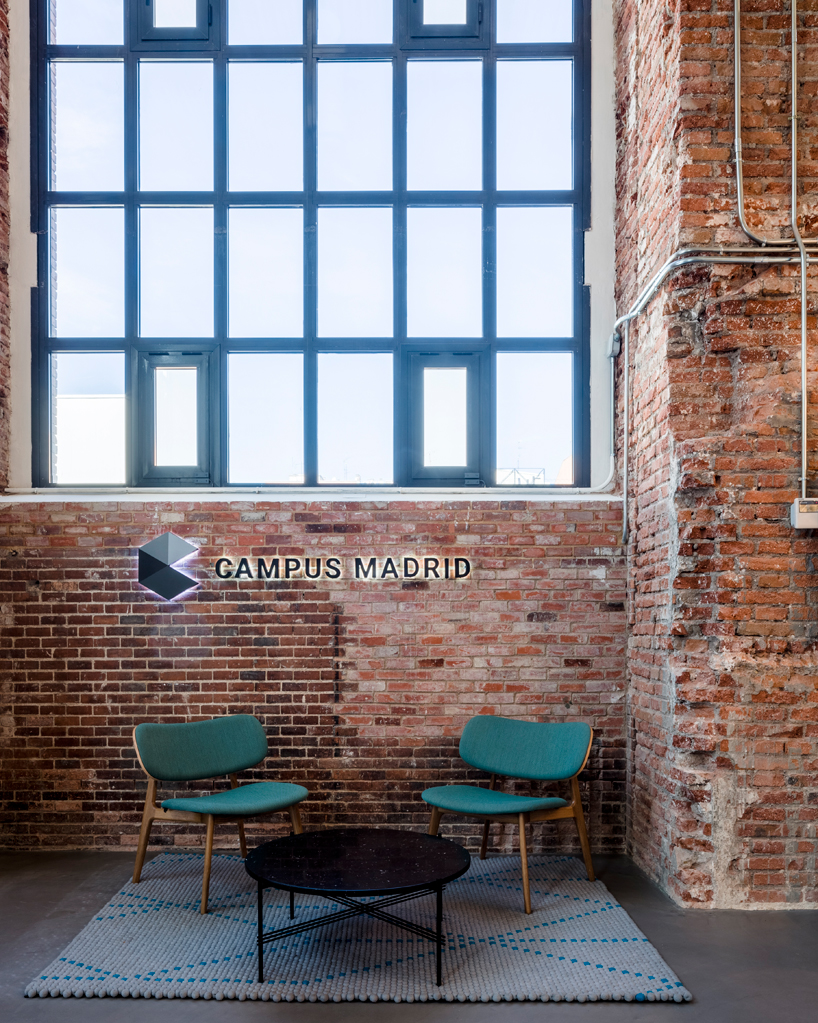 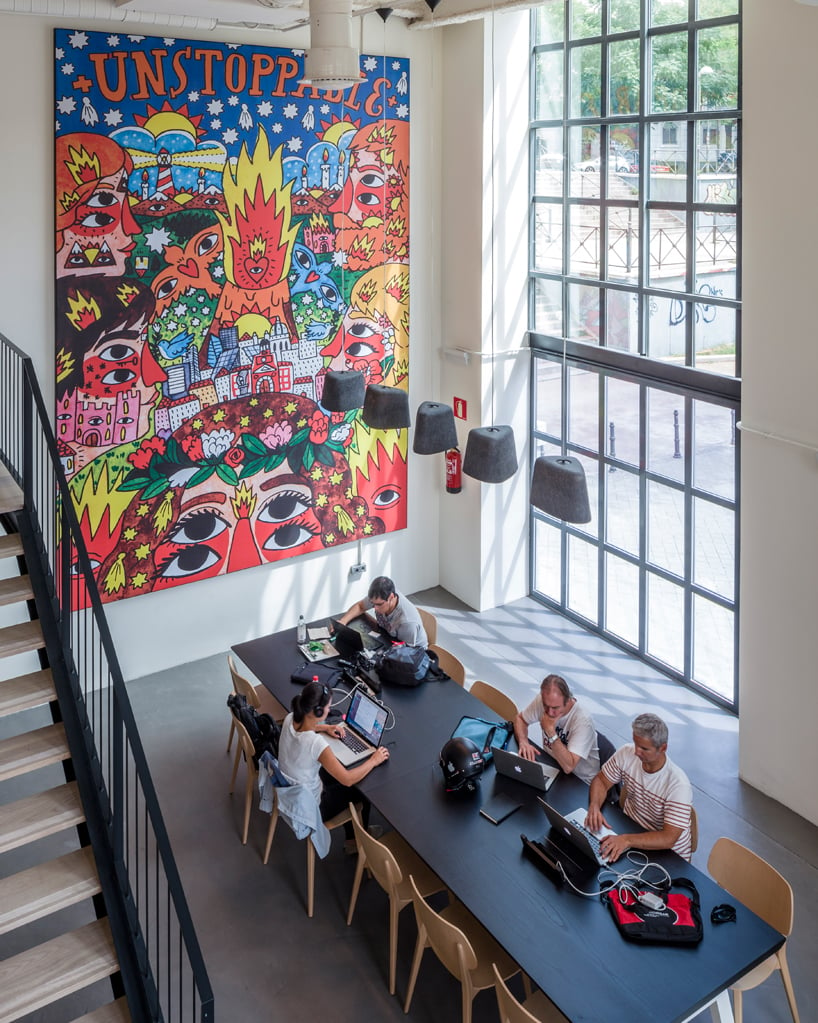 laszlo varga, project executive at google comments: ‘campus madrid is an important next step in the evolution of our design language which is diverse, inclusive and delightful – reflecting our values, culture and identity towards the start-up scene in spain and beyond. jump studios have been a crucial component in forging that language while delivering a highly functional and flexible project and a landmark venue for madrid.’ 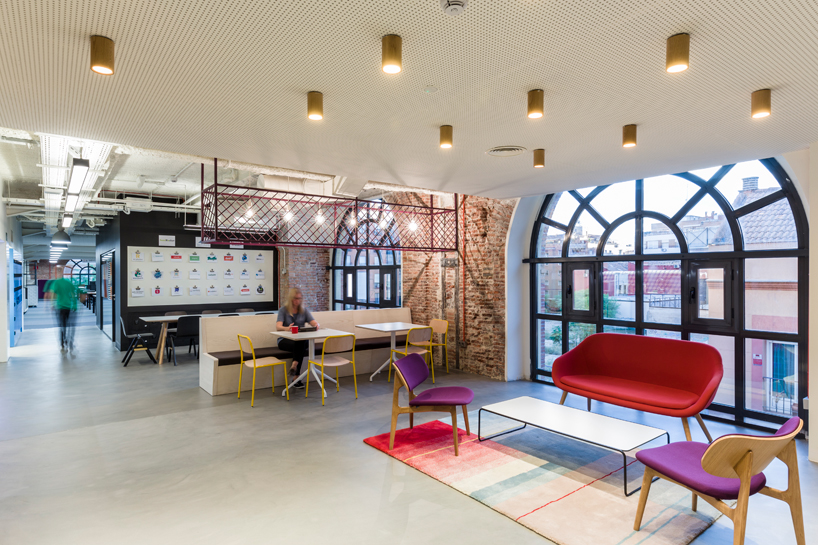 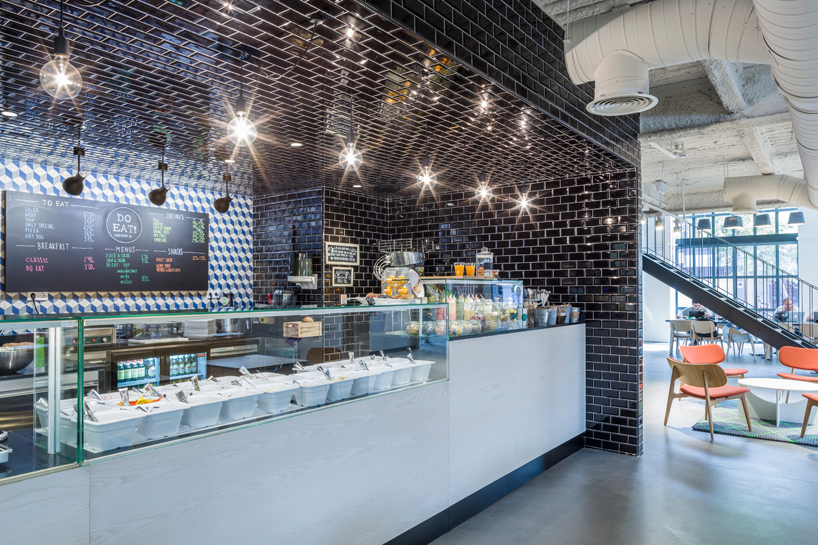 the campus café is operated by healthy food provider DO EAT 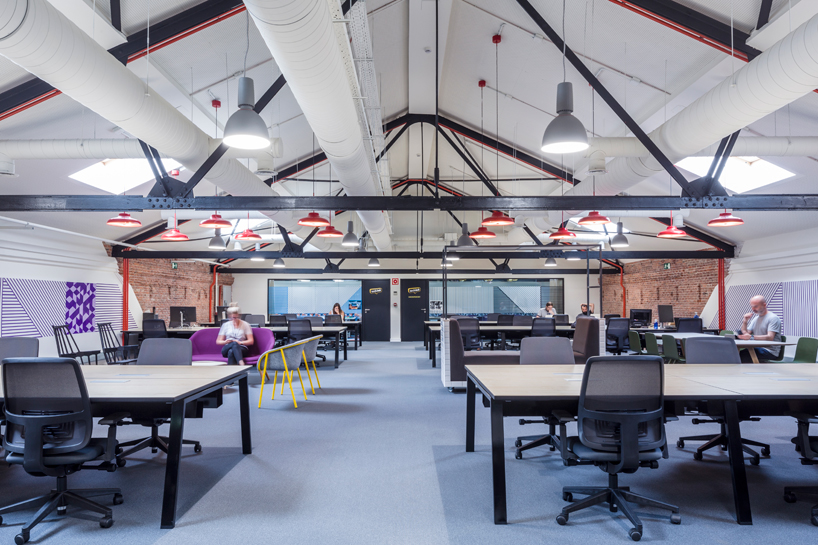 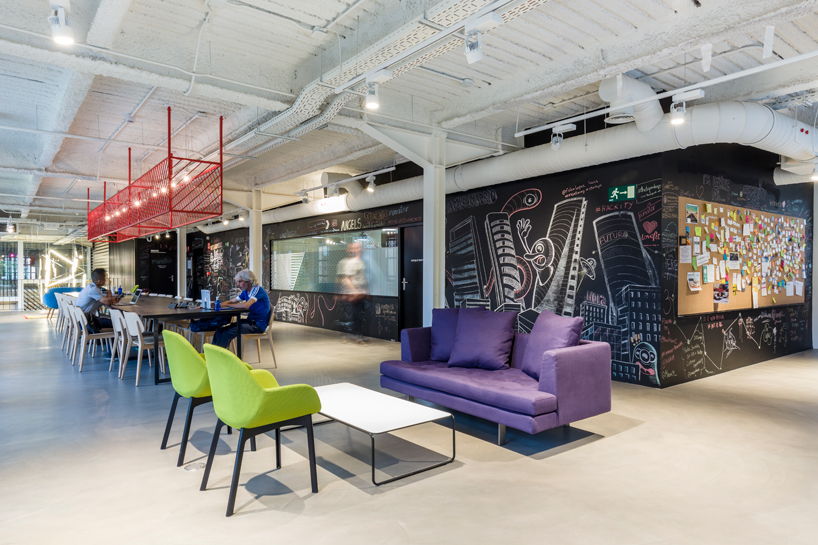 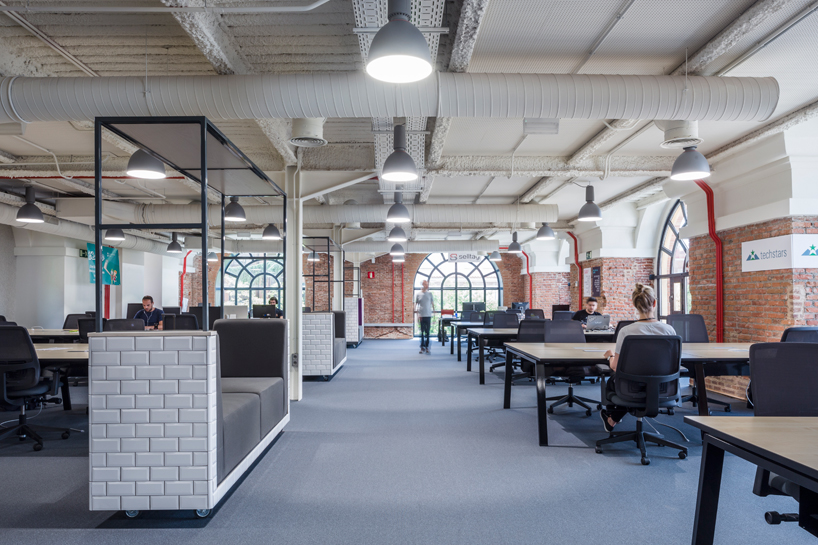 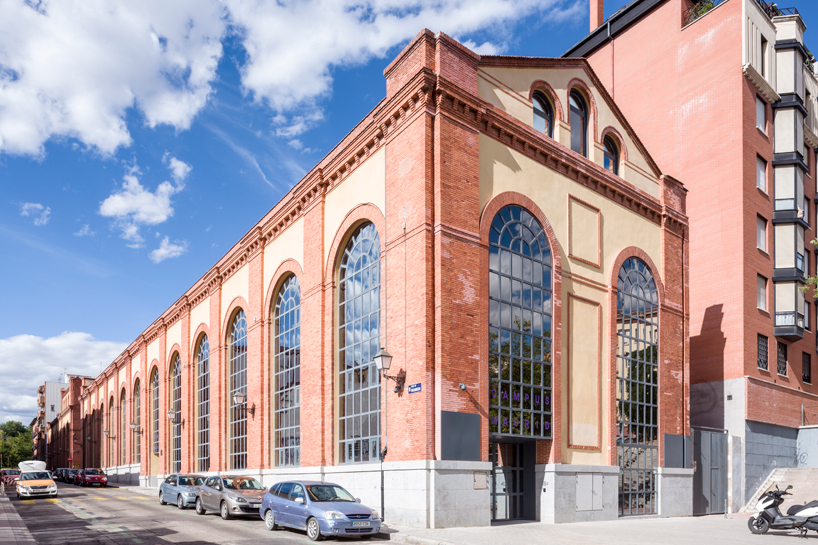 the campus occupies a former five-storey battery factory in madrid 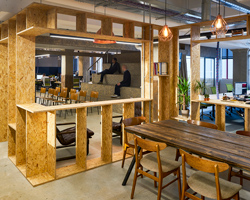