to celebrate the 300th anniversary of karlsruhe, j. mayer h. has designed ‘KA300’- a temporary pavilion erected in the german city’s schlossgarten. during the festival summer, various concerts, theater performances, readings, film screenings, and exhibitions will be held in the open structure before it is dismantled at the end of its three month tenure. the scheme includes a large auditorium with a stage, which forms the center of the jubilee activities with a meeting point and café. 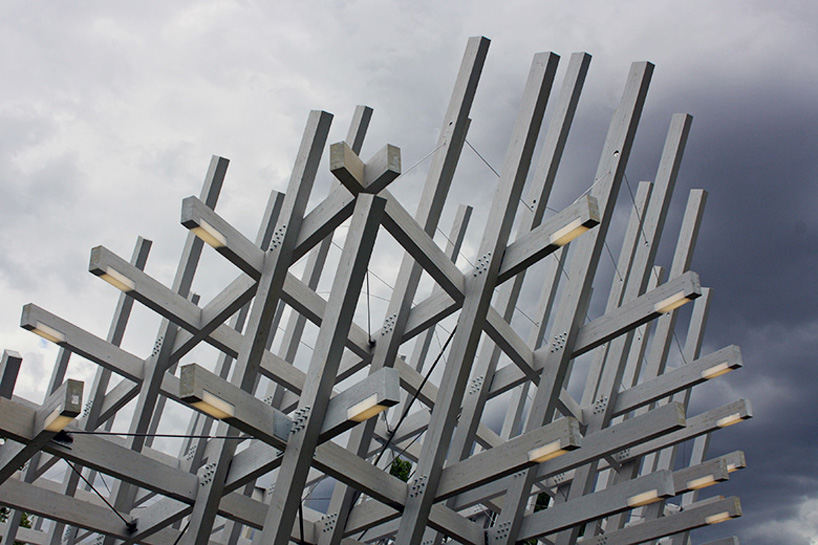 the temporary pavilion has been constructed in the city’s schlosspark

the pavilion’s twisted pattern refers to the strictly geometric, radial layout of the baroque-planned city, with the palace identified as the focal point. on several layers, both in and on the structure, exhibition platforms, resting spaces, and viewing platforms emerge. completed in collaboration with rubner holzbau, work on the timber construction started in february 2015. after the closing of the anniversary celebration, the temporary pavilion will be transported and reused in another location. 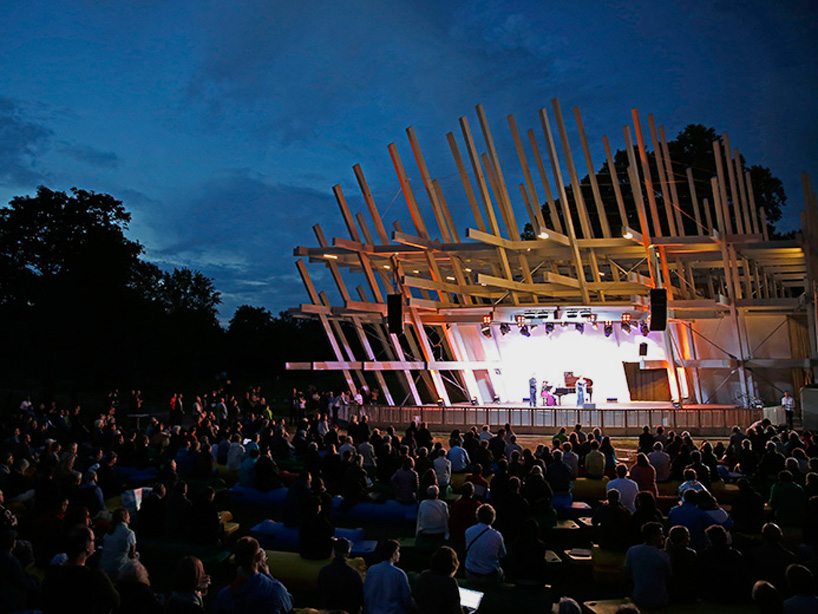 the scheme includes a large auditorium with a stage, which forms the center of the jubilee activities 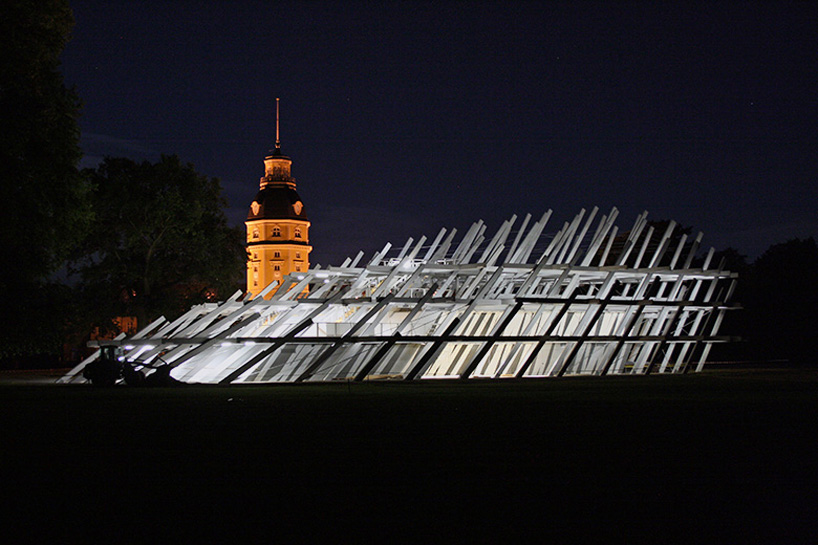 the pavilion’s twisted pattern refers to the strictly geometric, radial layout of karlsruhe 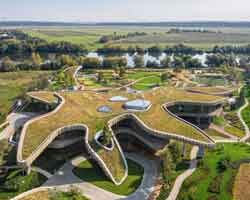 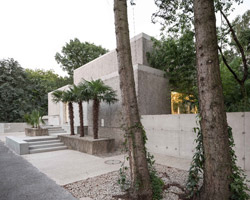 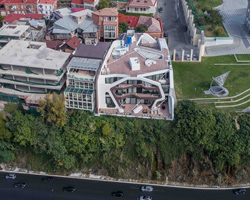 Feb 15, 2021
RSHP cantilevers the 'richard rogers drawing gallery' above the grounds of château la coste
treading lightly on the landscape, the building cantilevers out 27 meters to a point 18 meters above the terrain below.
architecture
532 shares
connections: +490