KAEC: how to build a city in the 21st century
(above) building KAEC’s city center all at once
image courtesy of pakistan defense

step 1: planning for the future 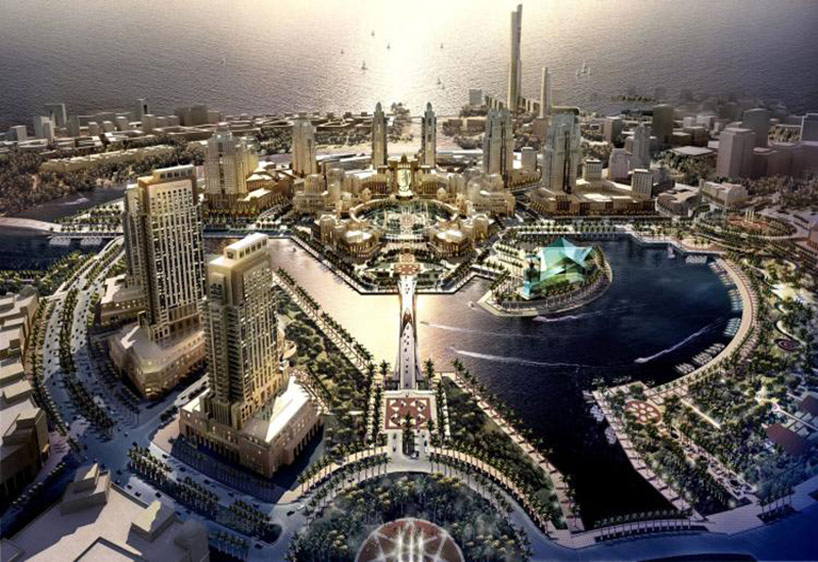 the cities we know and love today are the result of decades or even centuries of history and evolution and usually very closely tied with certain geographical features- very rarely are there cases where entirely new cities are being built from scratch in current times. king abdullah of saudi arabia, however, founded the king abdullah economic city in 2006 (KAEC) that is projected to become one of the world’s largest and most economically thriving cities. it’s an interesting concept to start anew- to take all the shortcomings and successes of urban planning from all over the world throughout time, integrate it with the prominent digital culture that governs our lives, throw in this era’s business models, and what do you get?  KAEC is one shining example of the many potential outcomes. many speculate as to why the city was started in the first place. it is no surprise that oil money is an important catalyst in its birth, as explained by current CEO al rasheed in an arab news publication stressing the importance of government and oil (not mutually exclusive) funding in the initial stages of the construction. some speculate that the city, and in fact the several other cities that have sprung up in other areas, have been created as an anticipation for an impending petroleum drought and will provide much of saudi arabia’s income in the years to come. others simply call it diversification. what is for certain is that these cities, KAEC being the most successful to date, are not bashful about selling their flourishing business environments, accessible lifestyles, and scenic landscapes. 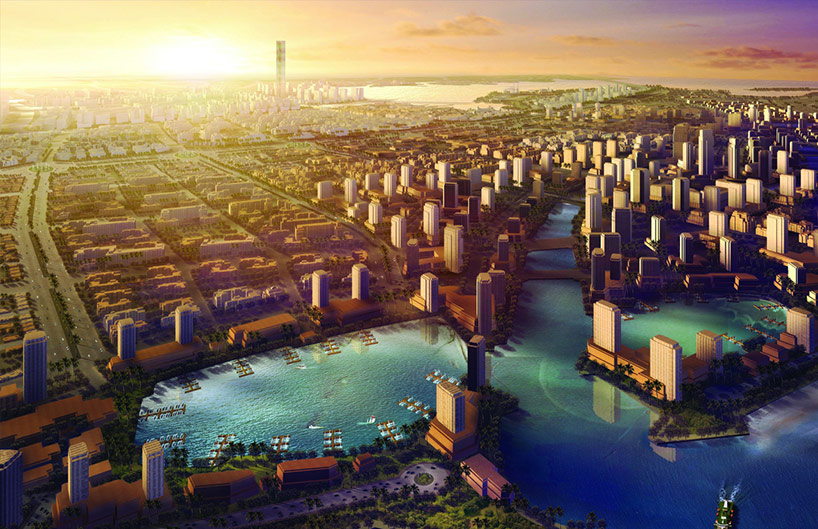 apart from the government itself who will surely benefit from the success of its cities, what KAEC has executed so successfully is to attract international investment from corporate giants. to date, KAEC has accumulated over 17 billion dollars from over 60 of the largest companies in the world (estimates from info saudi arabia project that the city will require about $100 billion to fully complete the master plan as developed from the beginning). al rasheed explains the broad concept very simply,

‘once you attract the anchor tenants, all their peers in the industry have to be present…the idea is very basic: you get the private sector, which is able to be much more nimble, fulfilling the requirements of the market, and you provide them with the right framework and the right support, and let them carry both the benefit and burden of building a city from scratch.’

the economic cities authority, or ECA, is the sole economic regulator of KAEC. they have established a very enticing system to attract private investors from multinational organizations to private residents. the system allows 100% foreign ownership for these individuals and organizations, easy access to permits and licenses related to commerce, real estate, and every day life in general, lower taxes, fast-track employment, and, naturally, cheap energy costs. for a large business with lots of overhead, this is a financial haven in the desert that brings with it positions that need to be filled, and eventually a citizen base will grow as a result of economic prosperity. in essence, investors are given a favorable framework in which to conduct business, and the possibility to make profit off the success of this framework which they are directly paying into.  KAEC is, to some degree, a profit-share model. 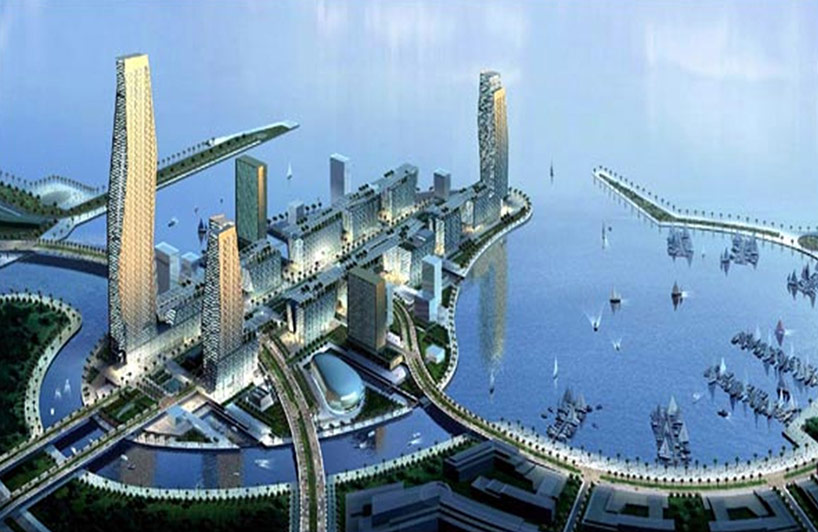 once the necessary funding is available, how do you begin to physically build the city?  the model used in many new chinese cities is to build thousands of residential and commercial units to house the thousands of residents that will rush over to a new life of promise and wealth. unfortunately many of these cities remain as they were built- empty. KAEC’s commerce-driven model instead emphasizes the infrastructure necessary for the investing parties. the first major project undertaken in the city, apart from the business and residential towers in the commercial downtown district, was the construction of a sea port. located in a moderately opportune area of the red sea, the state-of-the-art nature of the sea port has made import/export so efficient and accommodating that it has already become one of the most widely used ports in saudi arabia and arguably one of the best ports in the world. business is able to flourish, which brings more economic wealth to the city and in turn attracts more investors and inhabitants. 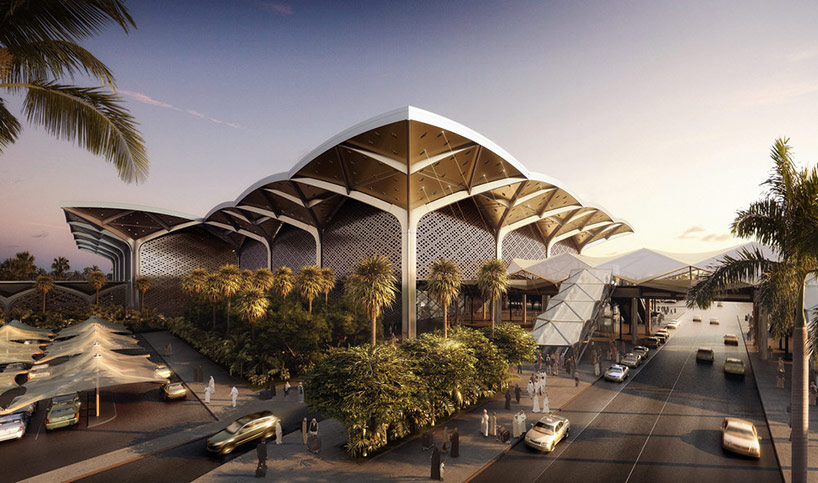 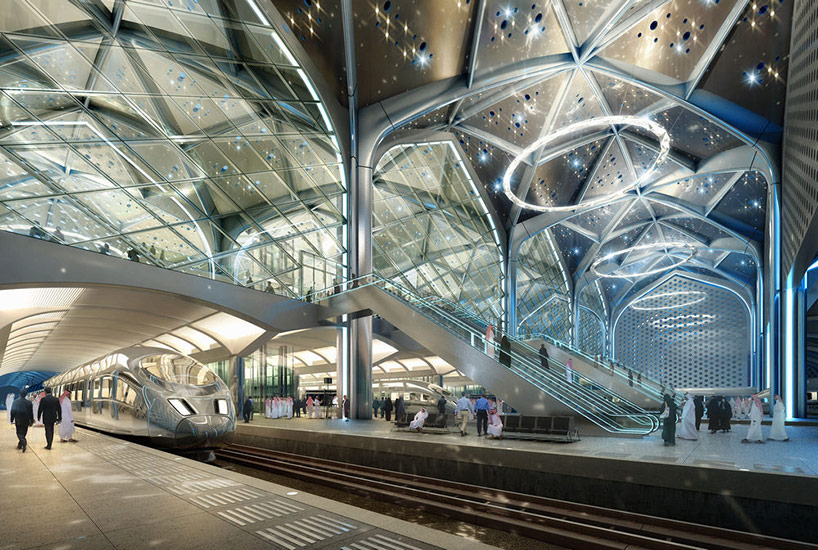 in conjunction with the sea port, the new al haramain high-speed railway station designed by foster and partners will serve as the central station that will conveniently connect the various centers that make up the city. with these two major works completed, future development will essentially build itself as long as the infrastructure facilitates the quick and easy transportation of people and goods. 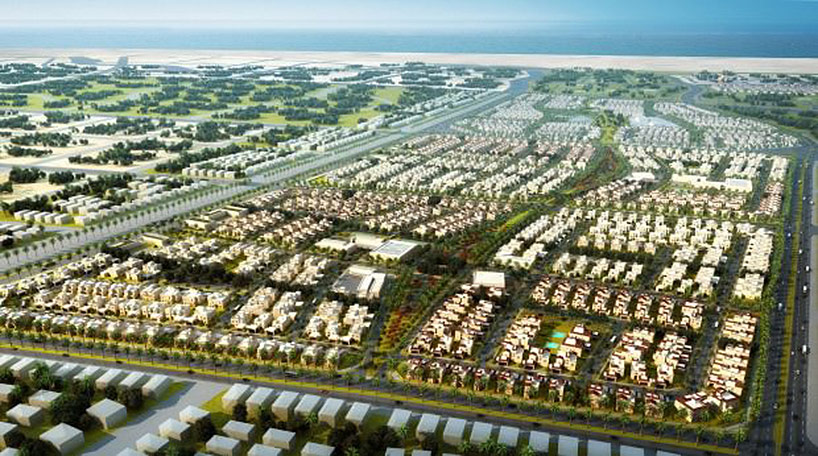 now that a base has been established, complete with the essential ingredients for business (and its employees) to flourish, the statistics will sell themselves. 10 years after its conception, we find ourselves at this stage. as al rasheed states, ‘the first five years are very slow. but in the second five years, they do not grow by 5% every year; they grow by 50% or 100% every year, because the initial population is so low.‘ the city has proven itself to be the most economically successful of those built in the same generation, complete with a constantly growing list of businesses and subsequent population. it is a city built on modern commerce and with the principles of modern commerce. is it a replacement to petroleum income? is the city essentially treated as a large corporation in itself? perhaps points can be argued for many points, but one point stands true- KAEC is an example of how we might construct a city from scratch under the social, political, geographical and economical implications we know today. 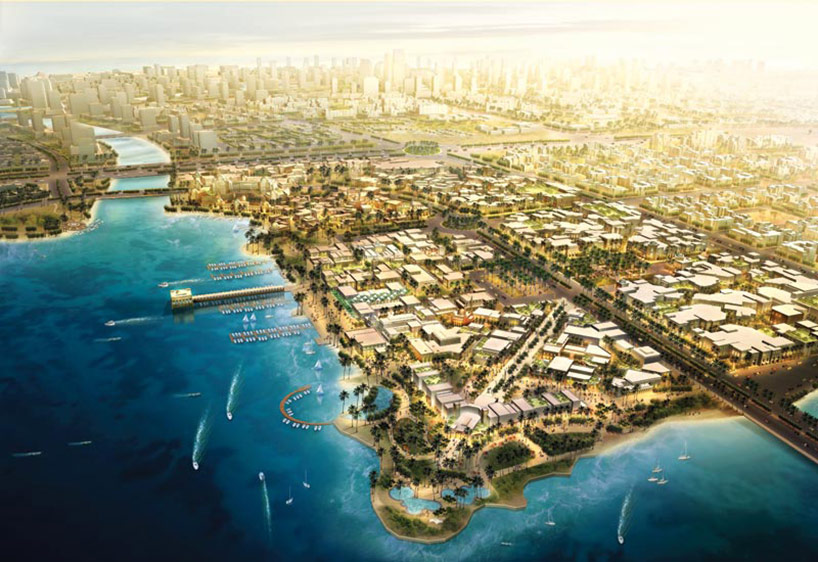 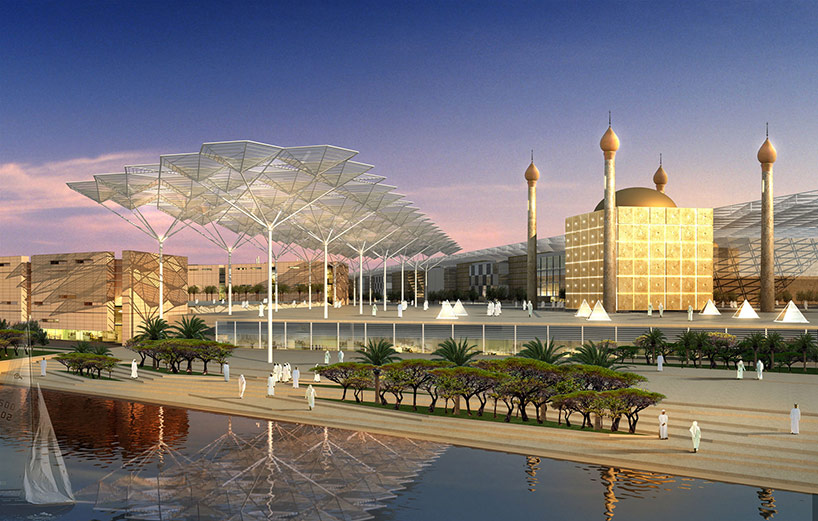 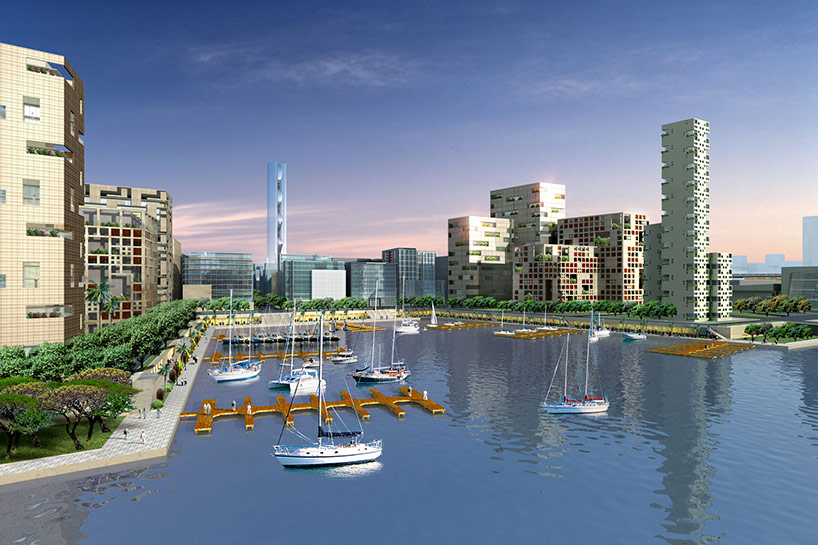 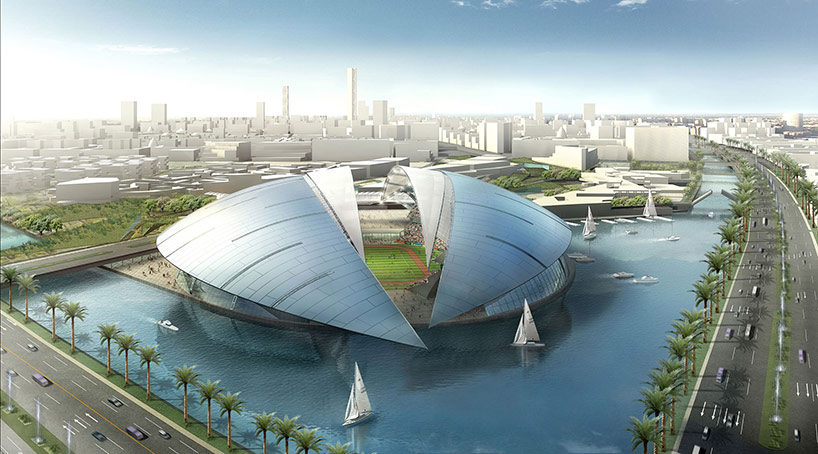 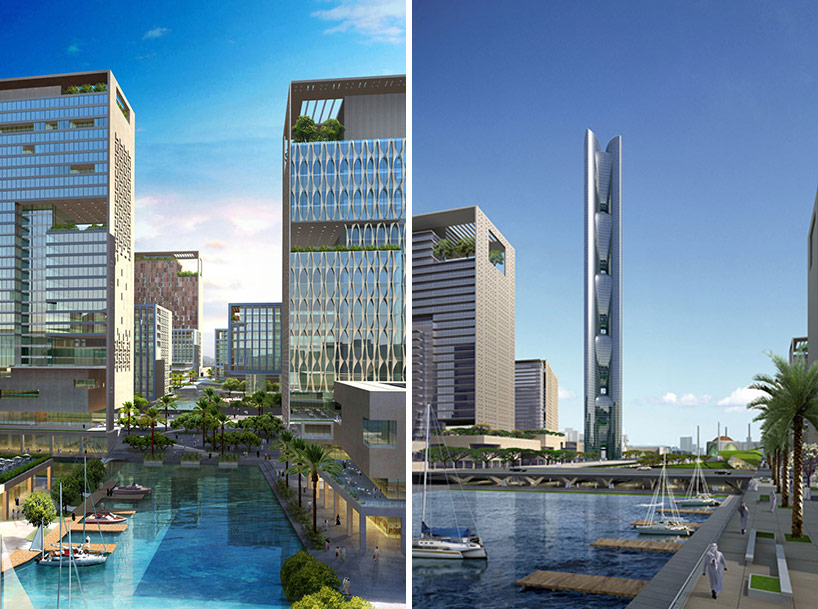 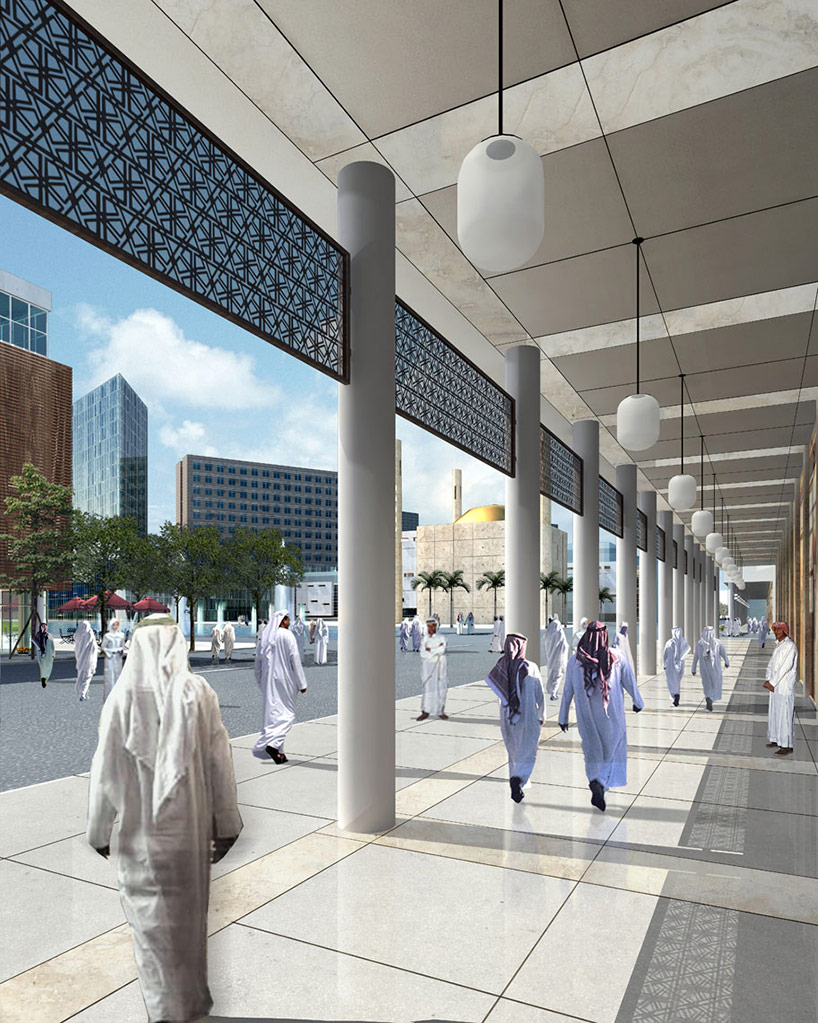 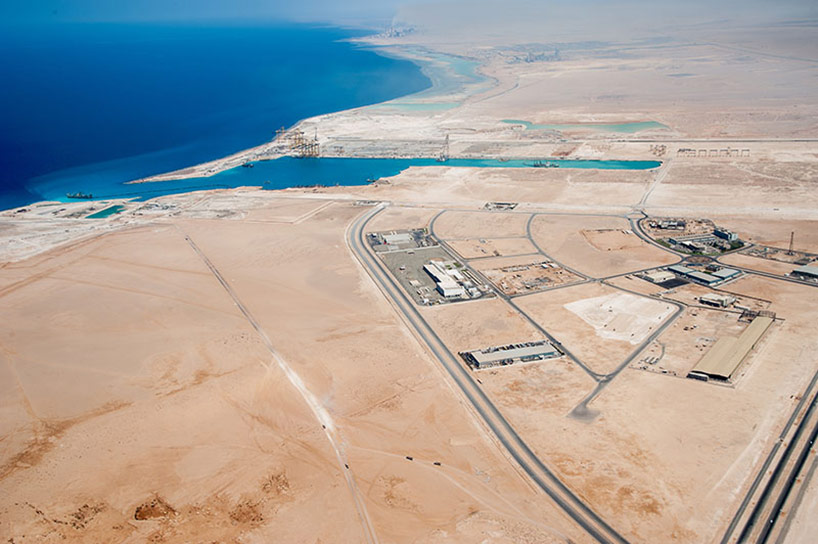 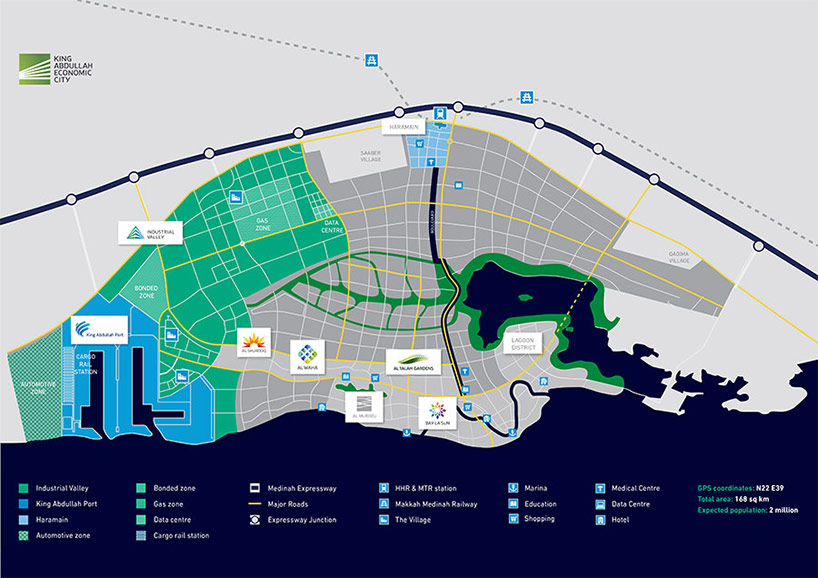