‘bråvalla‘ is a three-day music festival that takes place annually in the city of norrköping. headlined by acts such as avicii, green day, and rammstein during its first event, 50,000 people were in attendance to establish the gathering as the largest of its kind to ever be recorded throughout the country. following the success of the previous year, karlsson & björk were responsible for envisioning the grand entrances and lounge areas. 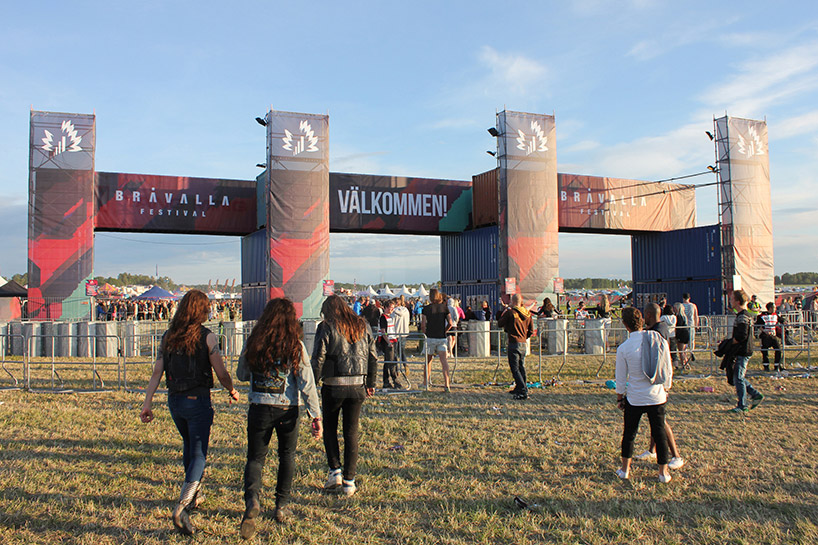 the site is a former military airport surrounded by fields. with one giant airfield, the possibility of heavy winds and lack of shelter were two facts which had to be taken into consideration. adding more constraints to the process, the structures had to have short build times within a lifespan of 3 days and be effortlessly disassembled at the closing of the festival. the client, FKP scorpio, also wanted as much of the material as possible to be rented or reusable to minimize waste. 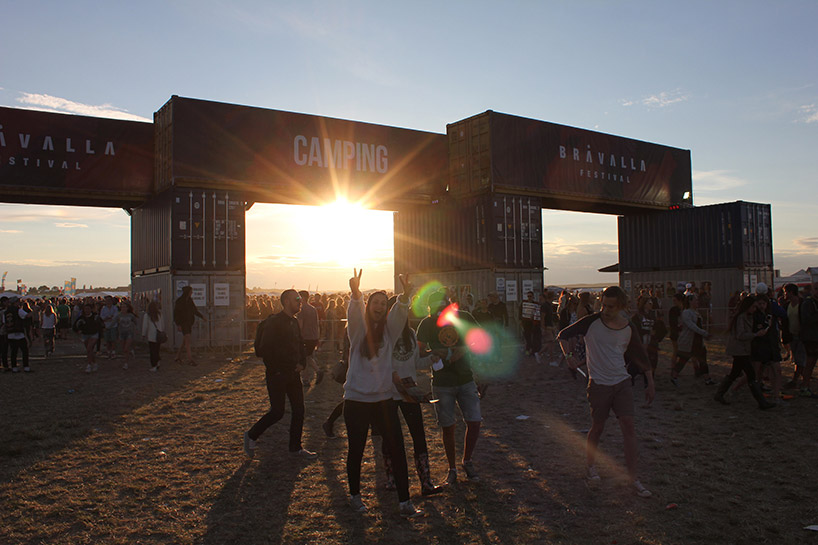 norrköping is a seaport south of stockholm. with the closeness to a port, the designers realized that shipping containers made an outstanding material to work with in terms of building temporary architecture. stacked as giant building blocks, their primary function became to provide a modular three-dimensional backdrop rather than to actually be used for their interior spaces. the repetitive construction created three gateways to guide circulation towards specific programs. graphic works by artist slobodan zivic with different color schemes were suspended on the varying volume configurations to make them easy to find and use as meeting places for visitors. 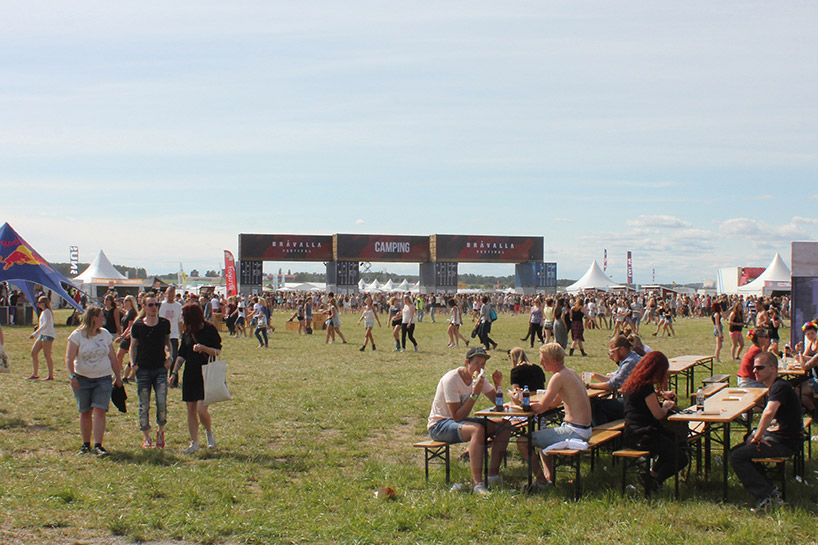 view of the structure from afar 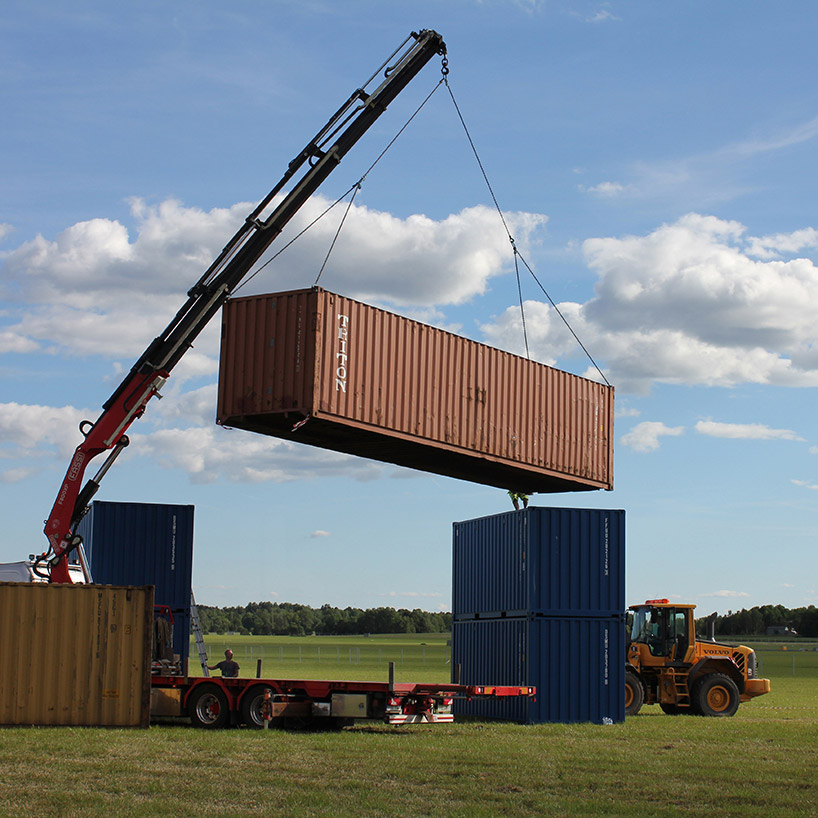 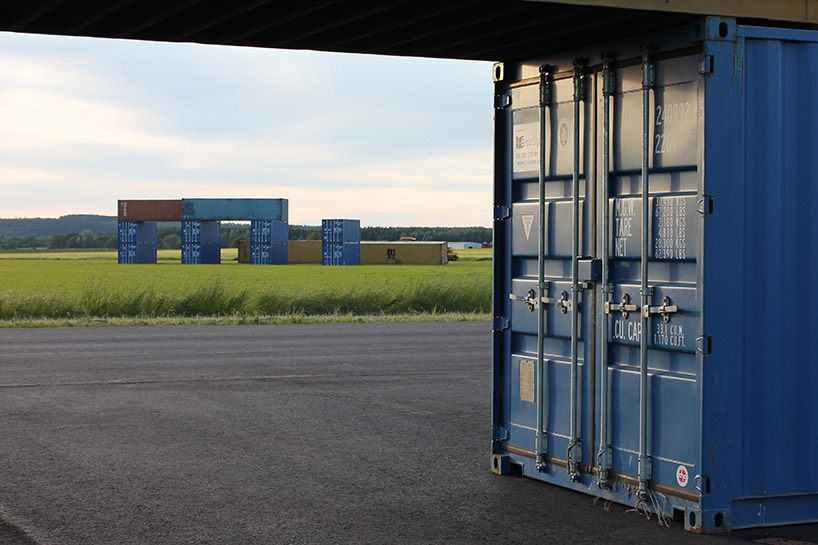 containers before being decorated with graphics 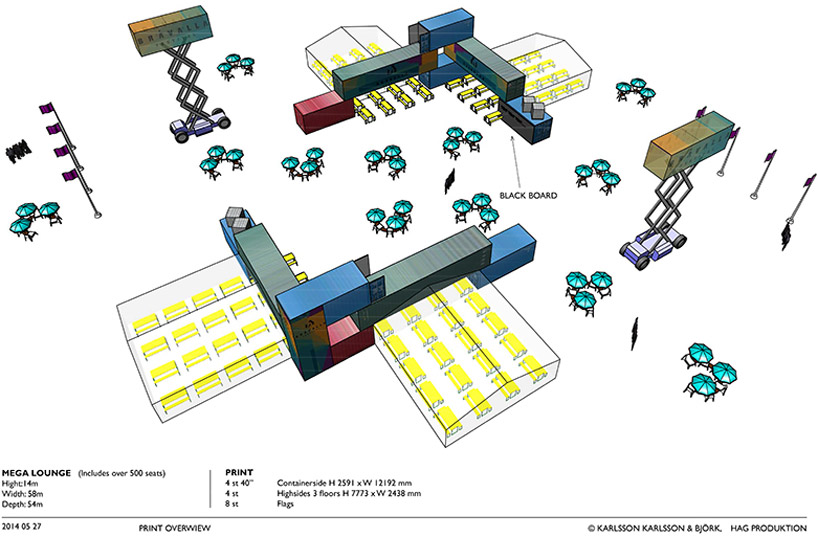 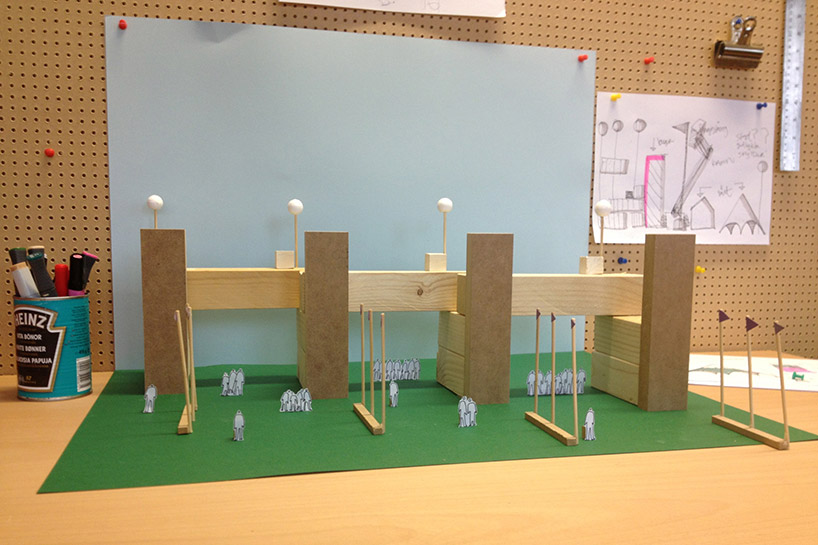 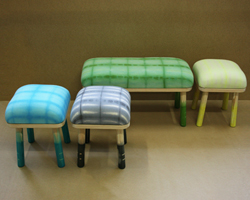 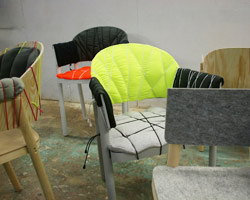 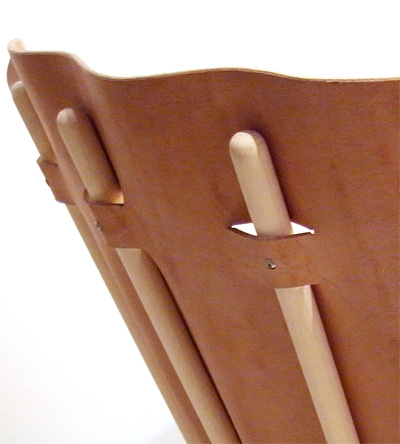